In medical parlance, “never events” are medical errors that should never happen. However, as we are about to find out, they do happen more than doctors would probably like to admit.

As of 2011, 29 incidents are classified as never events. They include but are not limited to patients falling off hospital beds, doctors using the wrong procedures for treatment, doctors forgetting surgical equipment in the bodies of patients, and doctors performing surgeries on the wrong patients.

Here, we will focus on never events that happened during surgery.

10 17-Year-Old Gets Wrong Heart And Lungs During Transplant 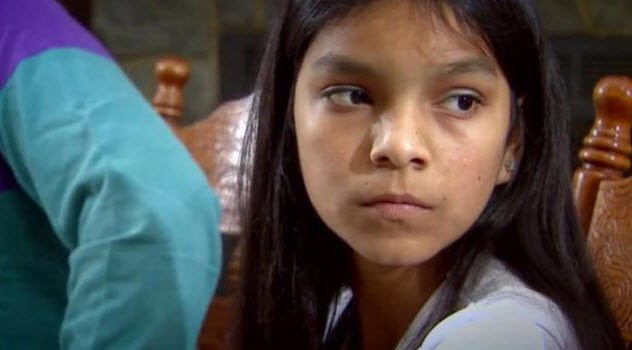 In 2003, 17-year-old Jesica Santillan experienced what should be the worst never event incident that has ever happened. Three years earlier, she had been smuggled into the US by her parents, who wanted her to get medical treatment for her failing heart and lungs. Philanthropist Mack Mahoney read about her story in a newspaper and footed her medical bills for surgery at Duke University Hospital.

Santillan underwent the surgery on February 7, 2003. But it only worsened her situation because the doctors used organs from a donor with the wrong blood type. The donor had blood type A while Santillan had blood type O. They are incompatible.

Santillan’s body rejected the organs as she suffered a series of seizures and ended up on life support. Two weeks later, she underwent a second surgery. This time, the organs were of a compatible blood type. Although they worked well, it was too late. Santillan had suffered irreparable brain damage and was put on life support for some time. Eventually, she was taken off it.

At the time of her death, there were about 200 people in the US requiring donors for a heart-lung transplant. Santillan was supposed to be at the end of that list. But she was allowed to go to the front of the line because her situation was dire.

The medical error resulted in two sets of organs wasted. It also reduced the chances of survival for others awaiting surgery because it deprived them of the much-needed organs.[1] 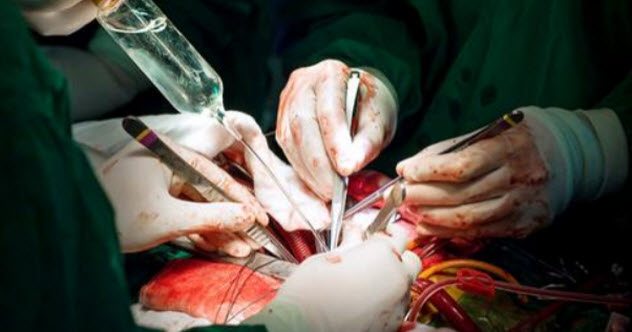 Staff at Mediclinic Kimberley Hospital in Johannesburg, South Africa, committed a never event after they made an 83-year-old woman undergo a heart surgery intended for another patient. The woman was Rita du Plessis, and she was at the hospital to have a respiratory infection treated.

Du Plessis and another patient requiring heart surgery had the same physician. Their doctor told a surgeon to take the other patient into the operation theater, but the surgeon mixed up the names and took du Plessis instead. After she underwent the heart surgery, her family was even contacted and told that it had been a success.

Staffers only realized their error after the physician, who had been looking for du Plessis, informed them that they had operated on the wrong patient. The physician later called du Plessis’s family to explain the situation and apologize. The hospital did not charge her for the surgery.[2]

8 Woman Loses Breast To Cancer She Didn’t Have 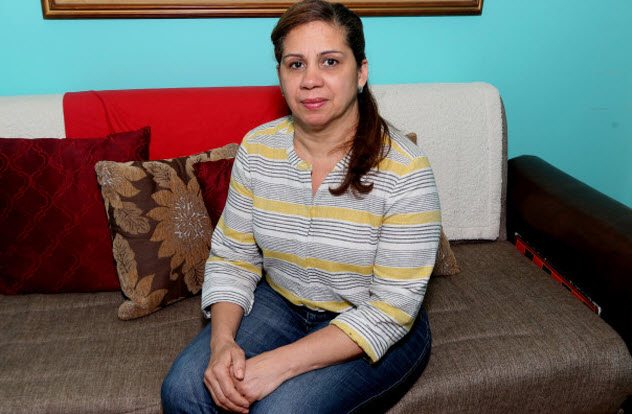 In April 2015, 49-year-old Eduvigis Rodriguez underwent surgery for an aggressive cancer lump in her left breast. The diseased breast was removed, and she was fine—at least until medics realized during post-surgery tests on the amputated breast that Rodriguez didn’t have cancer. The supposedly cancerous lump was caused by sclerosing adenosis, the benign growth of extra tissue in the breast.

The mistaken diagnosis of cancer was made at Mount Sinai Beth Israel Hospital after a biopsy. But they referred Rodriguez for surgery at Lenox Hill Hospital in Manhattan. However, this doesn’t mean that the staff at Lenox Hill was completely innocent.[3]

Per hospital rules, Lenox Hill staff was supposed to run tests to confirm the initial diagnosis. But they didn’t do it even though Dr. Magdi Bebawi, who performed the surgery, signed paperwork claiming that they had. After the initial surgery, Rodriguez underwent reconstructive breast surgery. According to court records, she also suffered a surgical hernia and a pulmonary embolism as a result of the unnecessary mastectomy. 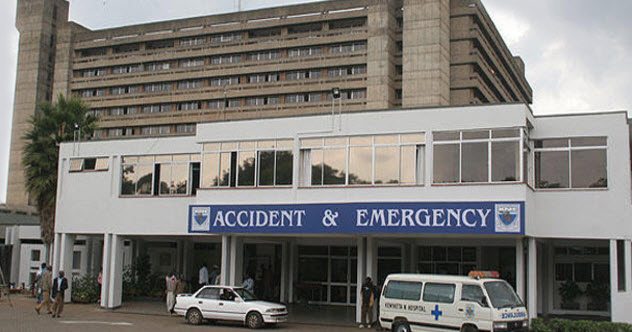 In 2018, Kenyatta National Hospital in Kenya made the news after a patient underwent a brain surgery intended for another patient. Both men were wheeled into the hospital unconscious and kept in the same ward. However, they somehow ended up with each other’s identification tag and the wrong one ended up in the operating theater.

Hospital authorities suspended the neurosurgeon, anesthetist, and two nurses who were involved with the surgery. In a twist of fate, the patient who was supposed to have the surgery no longer needed it as his situation was already improving. 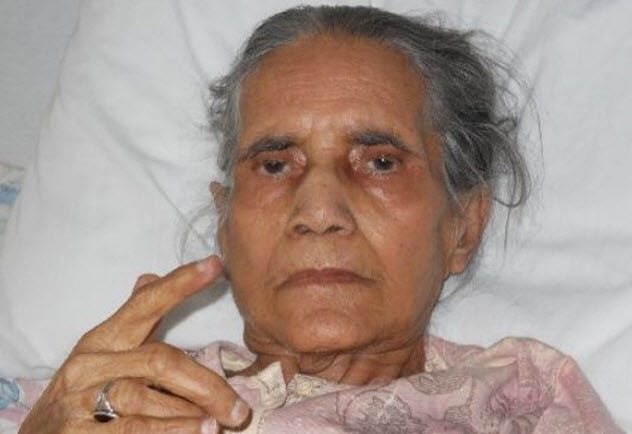 The staff at Oakwood Hospital in Michigan found themselves in hot water after they made 81-year-old Bimla Nayyar undergo a brain surgery she didn’t need. The water got even hotter after Nayyar slipped into unconsciousness and died 60 days later.

Nayyar was admitted to Oakwood Hospital in January 2012 for a displaced jaw. The treatment was supposed to be an easy one until a CT scan revealed that she was bleeding in the brain. Although the scan actually belonged to another patient, the hospital staff thought it was Nayyar’s and quickly planned an emergency surgery.

In the operating theater, five holes were made in Nayyar’s head before the right side of her skull was sawed open. Doctors only realized their error after they couldn’t find any evidence of bleeding in her brain. They informed her family of the error but didn’t inform them of its severity.[5]

Nayyar never regained consciousness after the surgery and remained on life support for 60 days until the ventilator was switched off on March 11, 2012. Her family filed a lawsuit and was awarded $21 million. 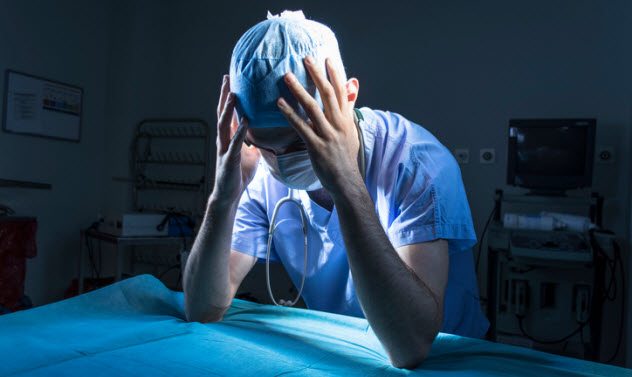 In February 1995, Dr. Rolando R. Sanchez found himself in trouble after he amputated the healthy leg of 52-year-old Willie King instead of the other diseased leg. Sanchez was already cutting the wrong leg when a nurse looked through the patient’s file and started crying. It was then that Sanchez was informed that he had been working on the wrong leg.

Sanchez denied responsibility for the error and shifted it to other staff members involved in the surgery. The blackboard in the operating room listed the wrong leg for amputation. So did the operating room schedule and the hospital computer.[6]

The wrong leg had also been prepared for surgery prior to the doctor’s arrival. Sanchez added that he didn’t realize that he was cutting the wrong leg because it was also diseased and might have needed to be removed in the future.

Sanchez’s license was suspended in July 1995 after he botched a second surgery. This time, he amputated the toe of Mildred Shuler without her consent. Shuler was undergoing surgery to remove diseased tissue in her right foot when, according to the doctor, a diseased bone “popped.” He decided to remove it to prevent an infection. 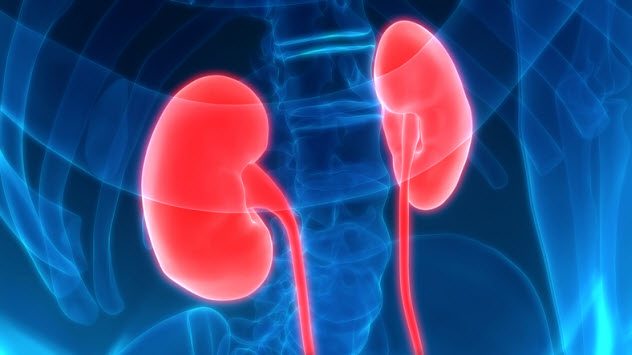 An unnamed patient at St. Vincent Hospital in Worcester, Massachusetts, was left with one kidney after doctors mistook him for someone else. The real patient, whose CT scan revealed the presence of a tumor on his kidney, was supposed to undergo surgery to remove it.

However, the patient with the healthy kidney was somehow wheeled into surgery instead. The error was discovered after post-surgery tests revealed that the excised kidney was healthy.[7]

The hospital staff was blamed for the incident as they did not follow proper identification protocols. While both patients had the same name, which was the cause of the confusion, they had different ages. If the staff had paid more attention, they would have realized that they had the wrong man. 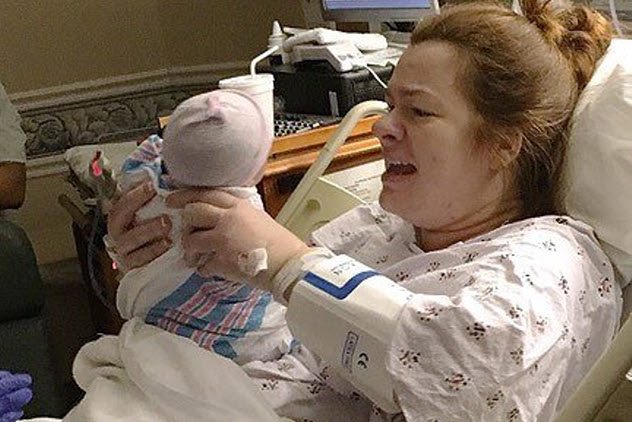 The University Medical Center in Lebanon, Tennessee, got its fair share of medical never events after a one-day-old baby named Nate underwent a tongue-clipping surgery (frenulectomy) he didn’t need. This surgery removes the tissue connecting the tongue to the floor of the mouth.

A surgeon had specifically sent for baby Nate, and a nurse had gone to take him from his mother, Jennifer Melton. Jennifer didn’t ask questions because she assumed that Nate was being taken for a regular postnatal checkup. She only realized that Nate had undergone surgery when the nurse started educating her about the benefits of the procedure.[8]

Jennifer checked whether the baby given to her was really Nate because she knew that he was healthy and didn’t require surgery. The nurse later confirmed the details and realized that the pediatrician had operated on the wrong baby. The doctor apologized for the mix-up, but Jennifer called her lawyers. 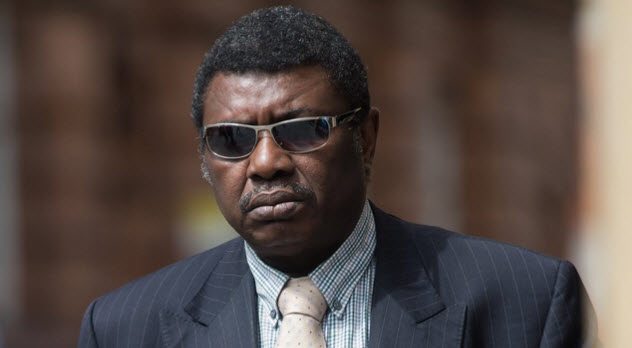 In March 2015, an unnamed woman living in the UK went to a hospital managed by the Sheffield Teaching Hospitals Trust and complained of abdominal pain. Tests revealed that she had appendicitis, and she was scheduled for surgery to have her appendix removed.

UK medical authorities didn’t agree. This was the third botched surgery for this doctor within two years. In September 2013, he had removed some fat from a patient who also needed an appendectomy. The patient was in extreme pain until he underwent another surgery a month later.

In another patient, the doctor removed a skin tag instead of a cyst. The doctor apologized for the mistakes, but he was banned from treating more patients.[9] 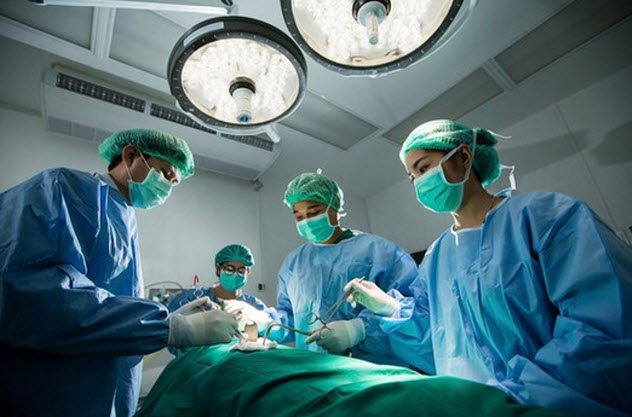 In 2013, Steven Hanes was scheduled for surgery at J.C. Blair Memorial Hospital in Pennsylvania to remove a painful and damaged right testicle. He underwent the surgery, but the doctor mistakenly excised the left testicle instead.[10]

Dr. Valley Spencer Long claimed that he mistook Hanes’s right testicle for the left one because the two testicles had somehow switched positions. Hanes took legal action against the surgeon and the hospital and was awarded $870,000.