This list aims to counter the doom and gloom which is too prevalent in the media. We take a look at 10 stories meant to lift your spirits and inspire. Of course, if you prefer peculiar to positive, check out the offbeat list here.

This week, teddy bears get tossed, money gets returned, and mothers and daughters get reunited. There are also two dinosaur tales as well as a love story between a donkey and an emu. 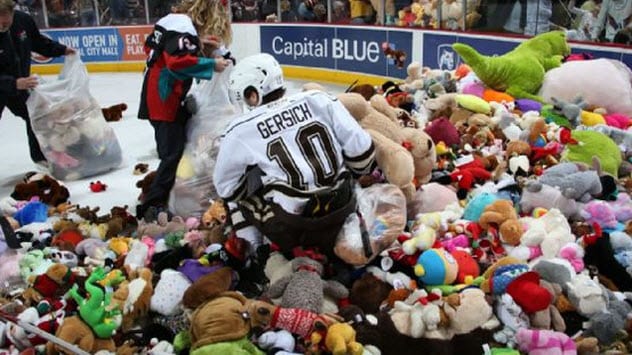 The Teddy Bear Toss is a warm and fuzzy tradition practiced around Christmastime at hockey games in certain leagues. Fans are encouraged to bring stuffed toys to the game and throw them on the ice when the home team scores its first goal. The toys are then collected and given to charity.

The Calgary Hitmen from the Western Hockey League held the record for almost three years with 28,815 stuffed toys thrown on the ice during their December 6, 2015, game in front of a sell-out crowd at the Scotiabank Saddledome. But the Hershey Bears from the American Hockey League blew their record out of the water in their recent match against the Binghamton Devils with 34,798 teddies.[1]

The toys will be distributed to over 30 organizations. The Calgary Hitmen congratulated their competition but already announced plans to take back their record.

9 A Proposal To Remember 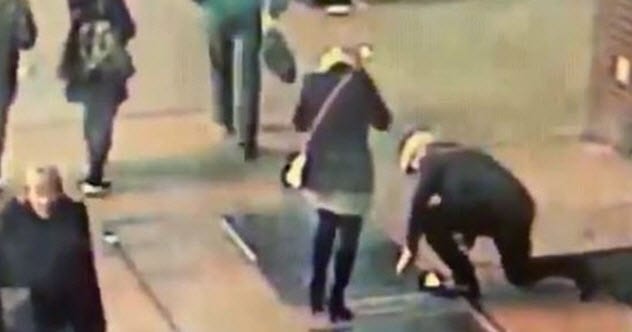 The New York Police Department showed its romantic side by returning an engagement ring to a couple who lost it in Times Square right after the proposal.

Last Friday, two lovers were strolling through New York when the man got on his knees and proposed. She said yes. But in all the excitement, the man dropped the ring, which fell through a grate. They were unable to retrieve it.

The whole thing was caught on security camera, and the NYPD released part of the footage looking for help in identifying the unlucky couple. The police had recovered and cleaned the ring and were trying to pinpoint their location.

Fortunately, the video went viral and was viewed over eight million times. This helped to determine that the pair was John and Daniella, an English couple on vacation from Peterborough, Cambridgeshire. The NYPD later posted an update with a photo of the happy duo toasting to their life together. Daniella was wearing her newly recovered engagement ring.[2] 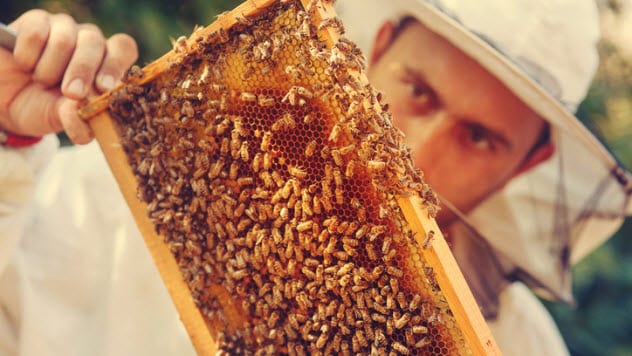 A Stanford University study published in Nature Communications unveiled the secret behind how royal jelly does its magic. It also suggested that the substance could form the basis for a wave of new treatments for illnesses such as Alzheimer’s which are caused by cells dying off.

Royal jelly is a secretion made by honeybees which is fed to larvae to turn them into queens. It is commonly sold for human consumption and boasts a wide range of benefits even though there is no research to back any of those claims.

This new study doesn’t actually change that. The Stanford team, led by Kevin Wang, discovered that a protein called royalactin found in the secretion has the ability to boost stem cells’ regeneration.[3] Moreover, the protein can have effects across species as evidenced by previous studies where royal jelly improved the life spans of various lab animals such as worms and mice.

Based on these findings, Stanford researchers wanted to know if humans have a protein similar to royalactin. They found one active in the earliest stage of embryo development which is most likely responsible for creating a supply of stem cells. Wang wanted to call it Beyonce, but the team settled for regina.

Research is ongoing to see if there are any drugs that could mimic the behavior of the protein. They could improve a person’s supply of stem cells which, in turn, could be used to regenerate worn-out or damaged tissue.

7 One Man’s Opal Is Another Man’s Dinosaur 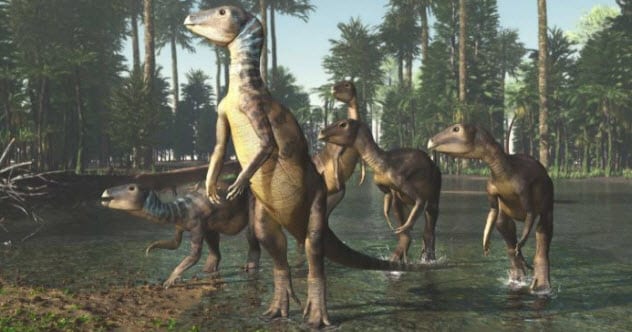 A piece of opal turned out to be the jawbone of a new species of dinosaur.

The fossil was discovered near Lightning Ridge in New South Wales, Australia. It is named Weewarrasaurus pobeni in honor of the Wee Warra opal field where it was found and Mike Poben, the opal dealer who bought the gemstone and donated it for research.

After two years of study, a team of paleontologists found the fossil to be 100 million years old. Weewarrasaurus pobeni most likely belonged to a group of dinosaurs called ornithopods. These bipedal plant eaters were about the size of a dog. This discovery marks the first new species of dinosaur named in New South Wales in almost a century.[4] 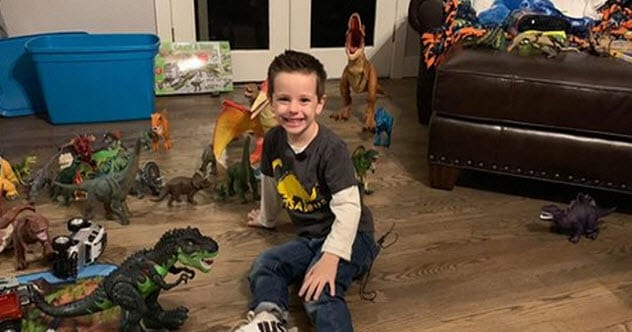 Four-year-old Riley Wooten barely managed to escape the Camp Fire when it engulfed his hometown of Paradise, California. He fled his home along with his grandmother and great-grandmother, barely managing to rescue two of his cherished toy dinosaurs.

Like many boys his age, Riley loves dinosaurs. More accurately, he is obsessed with them and had hundreds in his collection. He was devastated when he realized that all of them burned up in the blaze.

His aunt, Tanya Renfro, shared Riley’s story on Facebook. When friends reached out asking what they could do to help, the answer was simple—dinosaurs. She thought Riley might receive two or three new toys to cheer him up, but the message spread far and wide.

The presents kept on coming, and so far, Riley has received over 100 dinosaurs to start a new collection. In fact, he has so many that he decided to share them with the local evacuation center so that other kids affected by the fire can play with them, too.[5] 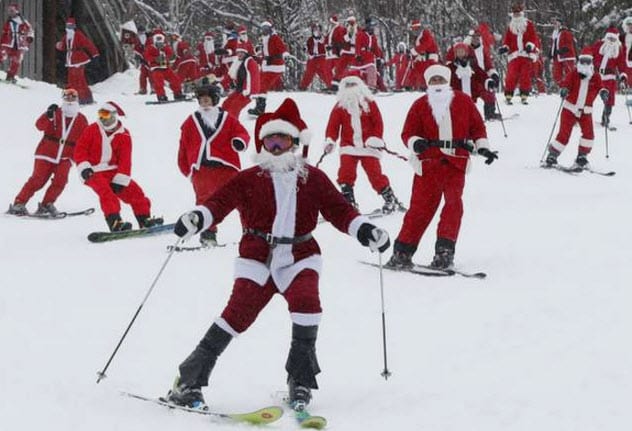 As Christmas draws closer, more and more people are getting into the festive spirit. The small town of Newry, Maine, hosted its 19th annual Santa Sunday where people dress up as St. Nick and hit the slopes to raise money for charity.

Around 300 skiers and snowboarders signed up for the event held at the Sunday River ski resort.[6] They pledged a minimum $20 donation and showed up in Santa attire from head to toe. More money was raised as other people turned up to see and photograph the skiing Santas.

There was also a photo shoot at the end of the ride to memorialize Santa Sunday. The money raised through donations went to the River Fund to support local education and recreation programs. 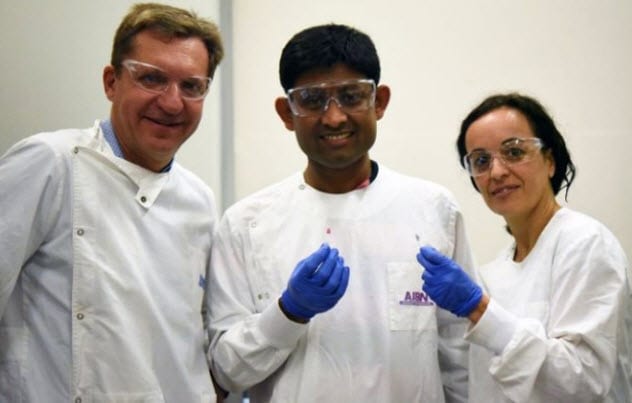 Australian researchers from the University of Queensland found a unique DNA signature common to multiple, if not most, cancers which will revolutionize how we diagnose the disease. They also developed a new test which uses the genetic marker to detect cancerous DNA in under 10 minutes.

According to the study published in Nature Communications, the team looked at molecule patterns called methyl groups instead of DNA sequences when searching for cancer markers.

To their surprise, they discovered that these methyl groups were clustered at specific locations on the genomes of cancer cells instead of being spread out as would be normal. Every type of breast cancer they examined alongside colorectal and prostate cancer and lymphoma had the same predictable pattern.[7]

Researchers then discovered that the molecules react to gold by sticking to it. Therefore, putting cancer DNA into a solution with gold nanoparticles instantly changed its color. The test was used on 200 samples and proved effective with a 90 percent accuracy rate.

The test is promising, but it can only detect the presence of cancer. It cannot tell you what type it is or the stage of the illness. More research is needed to refine the test and to show if the genetic pattern is truly universal. 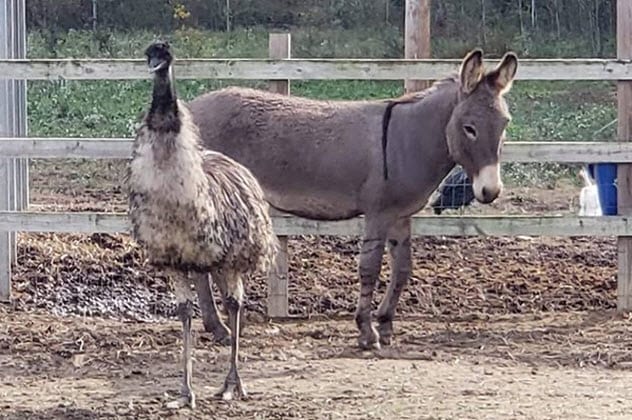 One of the unlikeliest love stories in recent times will get a happy ending after Jack the donkey and Diane the emu both got adopted by The Walking Dead star Jeffrey Dean Morgan.

In early November, news spread of the unexpected bond between a donkey and an emu named Jack and Diane. They had been rescued by Carolina Waterfowl Rescue from an abandoned property alongside other animals. The organization soon posted updates which suggested that the relationship between the two creatures went above platonic.

One picture showed the two snuggled together even though neither species is known for being particularly cuddly. In another instance, Jack was protective of the emu and attacked another donkey that got close to her. Lastly, Diane emitted a deep, drumlike noise around Jack which was the emu female mating call.

Alas, the rescue center thought that Jack and Diane were doomed to be star-crossed lovers as it was unlikely to find someone willing to adopt a donkey and an emu together. That wasn’t the case, though.

Their story went viral, and the Carolina Waterfowl Rescue received over 2,000 inquiries about the animals. In the end, they both went to live on the farm of Jeffrey Dean Morgan.[8] The actor promised to keep sharing pictures detailing the romance between Jack and Diane. 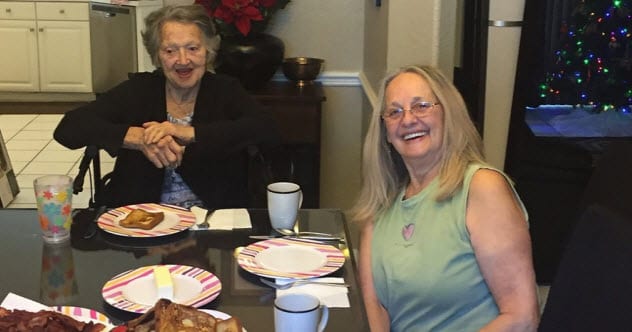 An 88-year-old woman was reunited with her daughter after almost 70 years apart.

Back in 1949, Genevieve Purinton gave birth to a daughter in Gary, Indiana. The hospital told her that the baby died, ostensibly because she was a young unwed mother. In reality, her daughter survived, was adopted, and became Connie Moultroup.

Last Christmas, Moultroup received an Ancestry DNA testing kit from her own daughter, Bonnie Chase. The daughter used another kit herself, and this led her to a few cousins she never knew about.

Eventually, she found out that Purinton might be her long-lost grandmother. Chase contacted her, and in turn, Purinton reached out to Moultroup. The mother and daughter initially talked this September and, a few days ago, saw each other for the first time.[9]

Following her Ancestry test, Connie Moultroup discovered that she is related to thousands of people. She currently plans to meet two half-sisters from her father’s side in January.

1 A Bag Of Cash And A Heart Of Gold 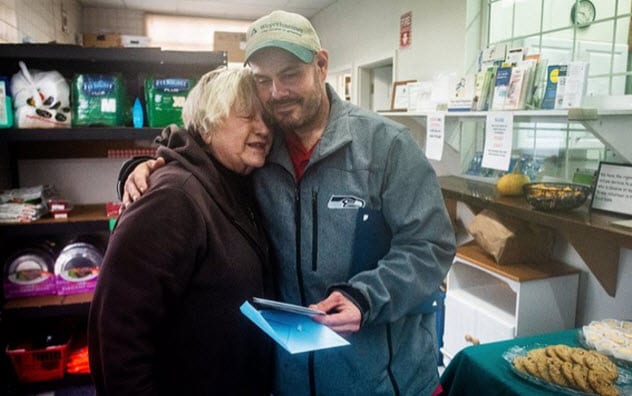 If you were to come upon a bag with $17,000 cash, what would you do? Would you take the money and run, or would you return it to its rightful owner?

The temptation to keep it would be huge for anyone but even more so for Kevin Booth of Sumner, Washington. He has been homeless on and off for seven and a half years. But when this exact scenario happened to him, he gave the money to the local food bank because it would benefit more people than just himself.

Three months ago, Booth found a brown bag outside the food bank’s community bread box. He reached inside and pulled out a $20 bill. As he later confessed, he thought about absconding with the loot. But he waited for food bank director Anita Miller to arrive and handed the bag to her instead.

At first, Miller thought it contained food so she took the sack to weigh it. She was left stunned after discovering that it had $17,000 cash inside.[10] The two called the cops, who looked at security footage to try to find the person who dropped the bag.

The police couldn’t determine who left the money. However, under state law, they still waited 90 days for someone to make a claim of ownership. That never happened, so the funds went to the food bank. To thank Booth for his honesty, the bank rewarded him with part of the money as gift cards and Police Chief Brad Moericke presented him with a citizen citation.