Perhaps the most famous crime ever committed by men dressed as Santa was a 1927 Christmas bank robbery in Texas, which we’ve previously covered here. However, it’s by no means the only noteworthy Christmas crime that has tarnished Santa’s good image. While we can look back on some and laugh, others are truly horrific.

It makes sense, really. Christmas is one of the few times when criminals can get away with having their entire face covered, and no one will think anything of it. Here, we offer an eclectic range of naughty crimes committed by indisputably bad Santas. 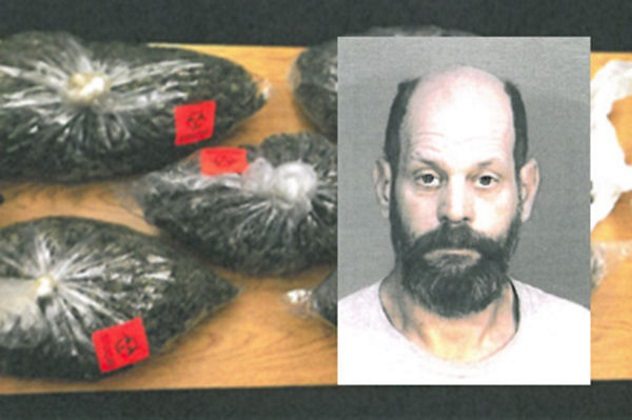 On January 5, 2015, Randy Lange entered a Monterey County, California, branch of Buffalo Wild Wings, determined to distribute some last remnants of holiday cheer. He claimed to be Santa Claus and brought with him a duffel bag that allegedly contained “five football-sized amounts of pot, weighing in at over two pounds.”

The faux Santa accosted customers and told them he’d brought presents, placing samples of pot into their confused, chicken-greased hands. Employees also received an unwelcome Christmas bonus when Lange filled their tip jar up with a hefty brick of weed. Unfortunately for Lange, the recipients of his gifts did not react joyously. Police were almost immediately called.

When they arrived, Lange was calm and congenial. Police Sgt. Nick Borges recalls, “He said he expected to be arrested for doing this at some point. Sounded like this was not his first time. [ . . . ] It was just surreal.”[1]

Lange was charged for furnishing marijuana—further bolstered when police searched his home and found another 0.9 kilograms (2 lb) of cannabis. 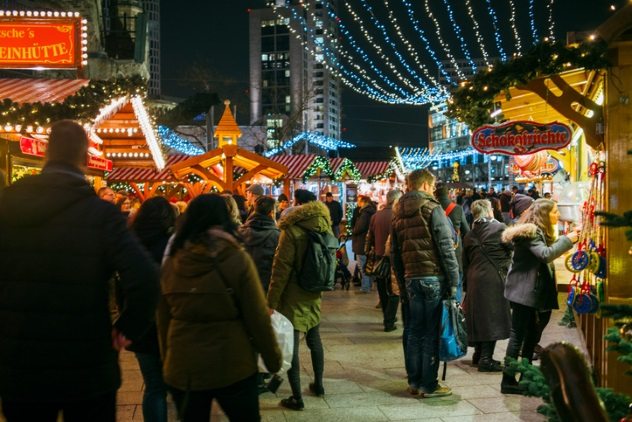 Christmas is huge in Germany. Tourists and locals flock to Berlin every December to enjoy some of the best Christmas markets in the world. In 2011, the custom took a sinister turn, as a man dressed as Santa Claus drugged over a dozen unsuspecting members of the general public.[2]

Dubbed the “Schnapps Spiker,” the assailant would approach his victims in a buoyant mood, most often claiming that he had just become a father and thus was offering free drinks in celebration. They were laced with liquid ecstasy, a popular date rape drug. Soon after ingestion, it causes vomiting, dizziness, and, in a lot of cases, loss of consciousness.

Charles Blume, chief of Alexanderplatz Christmas Market, offered a €1,000 reward for anyone who captures the Schnapps Spiker, stating, “This dirty and cowardly behaviour has to be stopped.” Unfortunately, it didn’t lead to an arrest, and a year later, another drugging took place at a Berlin market, bearing striking similarities to the previous year’s spree. 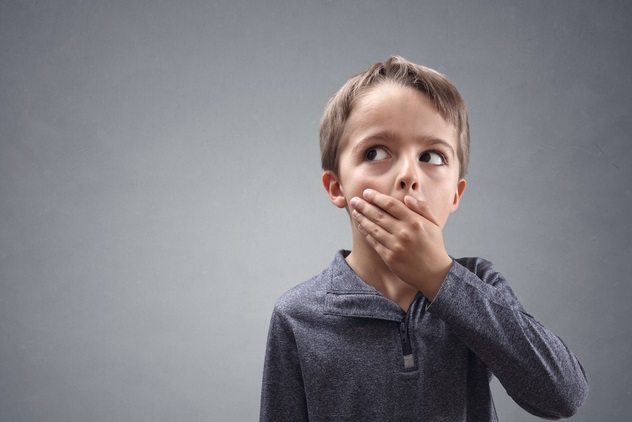 Every year, Canada Post runs a program where children can write a letter to Santa Claus and receive a personalized reply. By 2007, over 15 million letters had been written, resulting in a Guinness Book of World Records accreditation for the most letters to Santa ever received and responded to. When you’re dealing with a program that big, human error in some form is inevitable. However, what happened during the 2007 Christmas season was entirely calculated and pretty malicious.

Ten unfortunate children received responses from Santa that were laced with messages such as, “This letter is too long, you dumb sh—.” And, “Your mom sucks d— and your dad is gay.” Mostly true statements, in all likelihood, but it’s really not Santa’s place to say.

In response to the scandal, Canada Post released a statement indicating they were doing everything they could to track down the culprit, whom they believed to be “one rogue elf.” As it turned out, it was a group of minors who had gained access to the mounds of festive letters.[3] 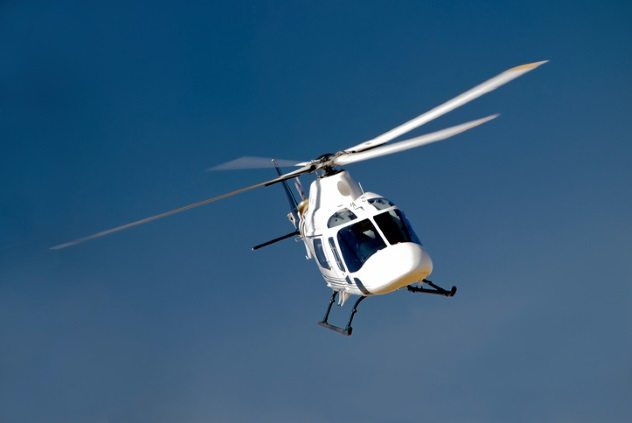 On Friday, November 27, 2015, a man in full Santa costume arrived at Campo de Marte Airport in Sao Paolo, Brazil, looking to hire a helicopter. It was the start of the Christmas shopping season, and more specifically, it was Brazilian Black Friday. When asked by the helicopter’s pilot why he wanted to rent a helicopter, the Santa impostor minimally stated that he wanted to create a “surprise” to mark the special day.

Indeed, the pilot was overwhelmingly surprised when his red-robed customer revealed a weapon and instructed him to fly to a farm far away from the city. There, the hijacker rendezvoused with an accomplice, and the duo proceeded to tie the pilot up. They then made their getaway in their newly acquired chopper.[4]

It took several hours for the pilot to free himself, at which point the police were informed of the hijacking. The helicopter as well as its two occupants seemingly vanished into thin air. Best case scenario, they find them at the North Pole.

Since its inception in 1998, the annual Hoboken SantaCon pub crawl has created a tremendous amount of problems for the city of New York. Never was this more true than the 2015 event, which led to nine arrests and 70 summonses for various drunk and disorderly offenses.[5]

The event, which starts during the day and carries on long into the night, consists solely of people dressed up as Christmas characters. The majority are Santa Clauses.

SantaCon’s North American roots are in San Francisco, where there’s a much gentler vibe. The New York chapter has had recurring problems with violence and theft. There’s a fair amount of public urination, too. It’s all enough to make an eight-year-old’s head explode.

Organizers argue that the event does more good than bad for the city, donating large chunks of the profits to worthy causes. Hoboken Police chief Kenneth Ferrante is quoted as saying that SantaCon is “an unnecessary, unsanctioned event” and that the charity donations don’t justify “people coming to Hoboken and putting other visitors and residents at risk.” 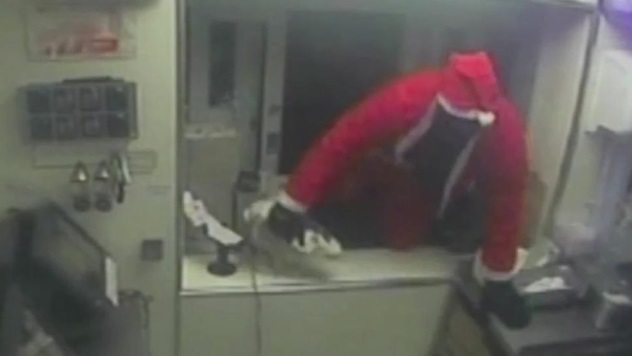 In Derbyshire, England, on the night of December 19, 2015, a man dressed as Santa Claus climbed through the drive-through window of a KFC restaurant. In lieu of a white, curly beard was a black ski mask or pair of stockings hiding the culprit’s identity. Yet, in considerable dedication for his chosen gimmick, he did still sport a red Santa hat, robe, and pants.

The bad Santa stuffed all the money that was in the till into a sack he brought with him and forced staff at knifepoint to open the store’s safe.[6] Derbyshire Police offered a pretty unhelpful description, stating the man wore “a red hat, red trousers and a red jacket [ . . . ] and had his face covered.” Everyone dressed as Santa is a suspect, then. In December, that doesn’t really narrow the field much.

It’s unknown how much money was taken from the store, but it was probably enough for a pretty decent Christmas dinner. 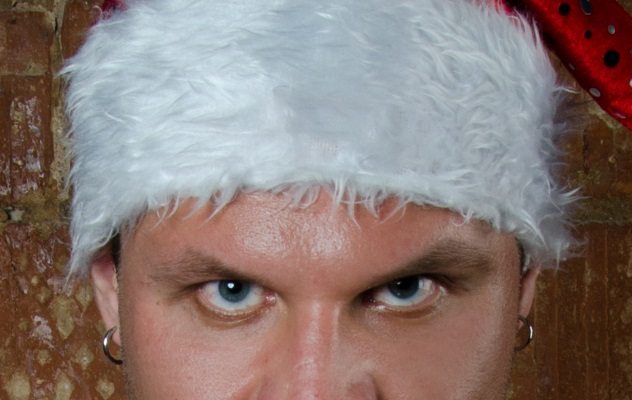 On December 10, 2004, Elkin Clarke was dressed up as Santa Claus and selling boxes of Hershey chocolates in downtown Atlanta. According to Clarke, he was putting up with customer from Hell and is quoted as saying, “She was stealing my stuff. I asked ten to 15 times not to touch my stuff.”[7]

It’s his contention that the elderly woman took 29 boxes of candy from him, to the value of $145. However, there was no evidence of her theft.

Eyewitness accounts largely focus on Clarke flipping out for no reason, picking up a large board, and smashing the woman in the back of the head with it. Two local university students attempted to run over to protect the victim. Meanwhile, Clarke hit the woman twice more while she lay on the ground.

A month later, the woman died from her injuries. Clarke attempted to have his charges reduced on the grounds that the woman, who was 74 years of age, died due to underlying health problems. His appeal was unsuccessful. 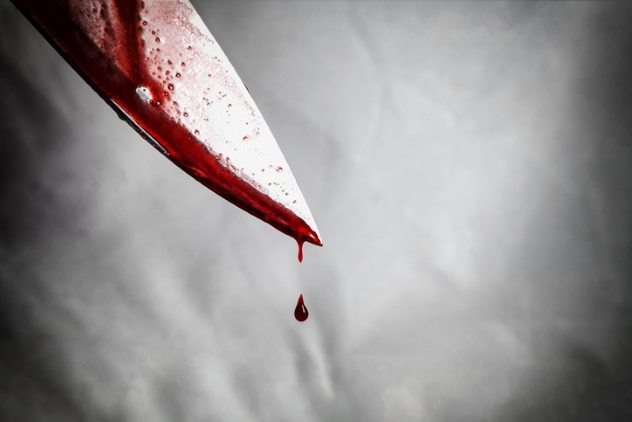 Gabriel Cadis was the chairman of the Jaffa Orthodox Church Association in Israel. As such, the annual Christmas procession that took place in downtown Jaffa was largely organized by his group. That fact also made him a target.

On January 6, 2012, during the Nativity of Jesus celebrations outside a local church, a man dressed as Santa Claus approached Cadis from behind and repeatedly jammed a knife into his back. Cadis’s last words before collapsing were simply, “I’ve been stabbed.” He was rushed to the hospital, where he died from his injuries.

Six people were arrested in connection to the murder, including Talal Abu Maneh—one of Cadis’s rivals for the chair of the Jaffa Church Association. Cadis had twice beaten Maneh in the elections.[8] 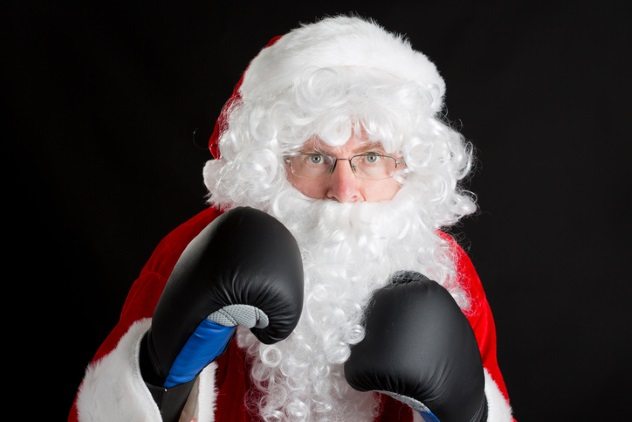 In December 2000, during a Christmas display entitled “Santa Sails In,” held in the seaside town of Great Yarmouth, England, a 35-year-old man dressed as Santa got into a fight with a teenager. The longest-lasting damage was not to either of the fight’s participants but to the crowd of confused children, who burst into tears as Santa was led away in handcuffs. Although the Santa impersonator had been a part of the official show, there was a main Santa riding in a sleigh—so that helped explain some of the carnage to particularly naive children.

For their part, the police attempted to calm the situation by taking some of the most traumatized children down to the station in order to show they arrested an impostor.[9] They also released a rather elegant statement, saying, “Some time after Santa’s sleigh arrived, another man wearing a Santa Claus costume became involved in a dispute that led to a scuffle [ . . . ] Norfolk Police are certain that the real Santa would not approve of people behaving in this way and of course he will continue his pre-Christmas visits and delivery of gifts everywhere on Christmas Day.”

The fake Santa received a police caution and was subsequently released back into the community. 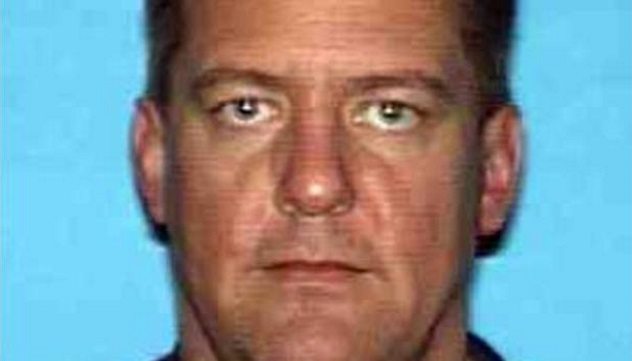 No doubt, this is the grimmest crime on the list. If the title didn’t already seem inhumanely facetious, it definitely will now. Sorry about that.

In Covina, a suburb of Los Angeles, on Christmas Eve 2008, Bruce Jeffrey Pardo went on a killing spree. The targets of his rage were his ex-wife and her family—having learned of the finalization of their divorce a week prior.

Pardo knocked on the door of his former in-laws’ house in full Santa attire. In his hands was a wrapped gift, containing various weapons. As the daughter of his former sister-in-law approached him, gleefully anticipating a visit from Santa, he shot her in the face.[10] She survived; nine others didn’t. Most appear to have died from gunshot wounds, as Pardo immediately sprayed the crowd of 25 people with bullets from semi-automatic handguns. The youngest victim was 17 and was confirmed to have died in a fire Pardo started with a homemade flamethrower.

In Pardo’s possession was $17,000 in cash and a plane ticket to Canada, so he presumably intended to escape. Authorities believe that Pardo burned himself badly enough that his plans changed. By the time he left the Christmas Eve party, his Santa suit was partially melted onto his body.

Pardo then drove to his brother’s house, where he shot himself. He had removed his Santa suit and left it in his car, which was booby-trapped to trigger an explosion when inspected. Although his improvised bomb worked, no one was hurt.

David is looking forward to Christmas maybe a bit too much. You can read more of his writing at CultureRoast.com and check out his videos at YouTube.com/CultureRoast.