An allergic reaction happens when the immune system gets overprotective. Once something relatively harmless is perceived as a threat, the resulting “defensive attack” can leave a person with a stuffed nose or life-threatening anaphylactic shock.

The world of allergies is not just about symptoms. Things get downright bizarre. From the transfer of someone else’s allergy and underground treatments to unbelievable things that people just cannot handle without hives (or shock), one will never again look at water or Wi-Fi the same.

10 Many Sufferers Are Not Allergic 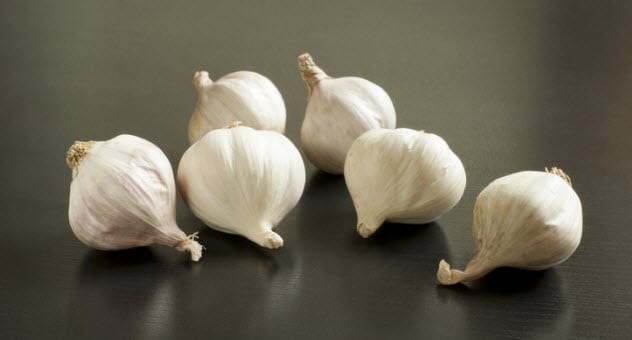 In 2019, researchers published the results of an interesting study. It surprised even them. The project rounded up 40,000 adults from the United States. Tests and questionnaires determined that 1 in 10 had one or several food allergies.

Around 19 percent, which was twice the number, thought they had allergies when they did not. This was often the result of self-diagnosis when symptoms appeared after consuming a particular foodstuff.

However, the study showed that these individuals could be food intolerant rather than allergic. Intolerance is basically the body’s inability to digest a certain kind of meal and is not life-threatening. A true allergic response happens when the immune system mistakes something as a threat and responds aggressively, which is life-threatening.[1]

The most unexpected revelation gleaned from the volunteers (the real sufferers) was how many of them developed their particular problem as adults. In fact, 48 percent only picked up an allergy once they were all grown-up. 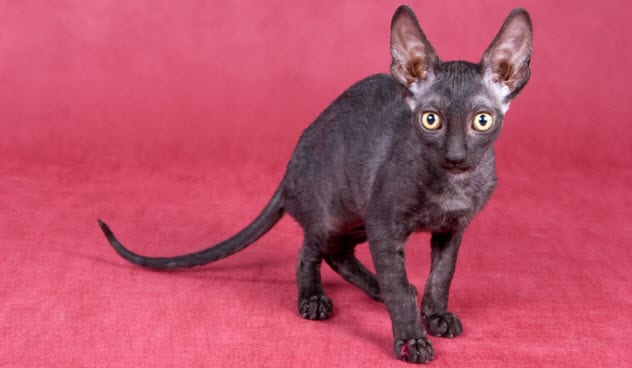 Life is hard for cat lovers who must abstain from adoring this particular pet due to having a feline allergy. Just visiting friends with a cat can result in sneezing, a goopy nose, and eyes that itch like there is no tomorrow.

Then the good news arrived—hypoallergenic kitties. Based on the belief that hair was the problem, breeds like the Cornish Rex, with its short and curly hair, enjoyed promotion as allergen-free pets.

However, the hypoallergenic cat does not exist. Not until researchers can do something about feline saliva. The problem is not the fur but something in their spit.

Cats are the only animals in the world that produce a protein called Fel d 1. When somebody says they are allergic to cats, they are actually allergic to this protein. The uniqueness of Fel d 1 is the reason why people do not have severe reactions to other animals.[2]

The protein exists in the cat’s urine, skin, and saliva. After a cat grooms itself, the spit dries and turns into vapor. Long-haired cats have more fur and thus release more of the airborne allergen after a good kitty bath. 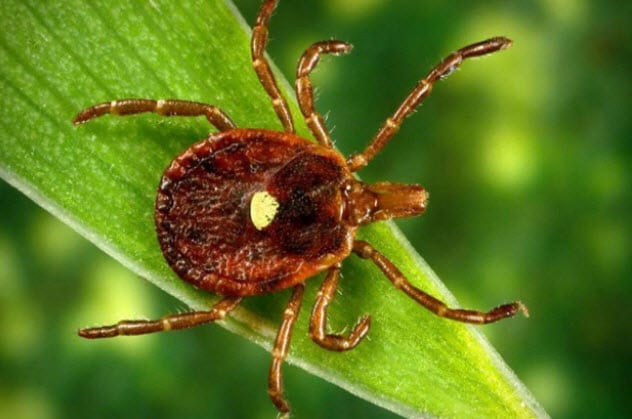 The lone star tick trawls the United States, mostly around the eastern coast. When the species bites a human, some people can no longer enjoy a steak. It all starts with something called alpha-gal. This sugar probably ends up in the tick’s stomach after sucking blood from an animal.

It is believed that the tick introduces alpha-gal into the person’s bloodstream, after which the immune system produces antibodies against it. This, in itself, does not cause any problems. However, the immune system now has alpha-gal on its list of enemies—and red meat contains this sugar.

Those who have never encountered the lone star tick can safely eat a burger, but their bitten counterparts face symptoms within 4–6 hours. Unfortunately, this is not a rare condition and the allergic reaction is so severe that it almost equals the famously dangerous peanut allergy.

Currently, there is no way to stop a reaction, which could include hives, breathing difficulties, and anaphylactic shock. People with an alpha-gal allergy must carry an EpiPen to inject in case of an emergency.[3] 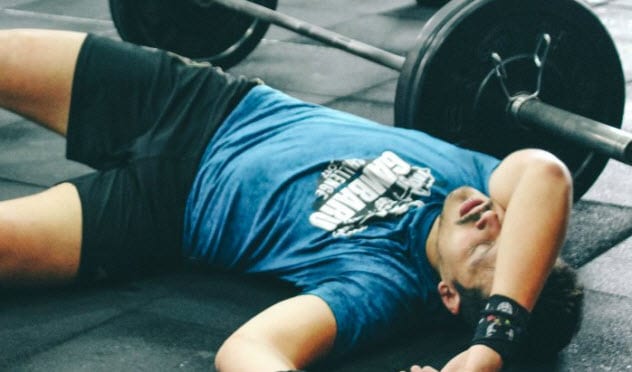 Couch potatoes are in no danger of this one. However, those who love or need to exercise face an unusual risk. Around 2 percent of people suffer from an allergic reaction to exercise.

For some reason, physical exertion ticks off their immune system. It releases antibodies that trigger mild to severe symptoms. Those on the lower end develop hives, a runny nose, and digestive issues. When it gets more dangerous, the throat can constrict and blood pressure can drop to the point of circulatory failure.[4]

Technically called exercise-induced anaphylaxis (EIA), this condition can flare up regardless of the intensity of the exercise. Oddly, while many common activities can activate this weird condition, there have been no reports of EIA from swimming.

The general cause is also unknown, although a subtype is food-related. This mouthful is called food-dependent exercise-induced anaphylaxis (FDEIA). After eating a specific snack (sometimes, any food), FDEIA patiently lurks until the person exercises and only then causes a reaction. 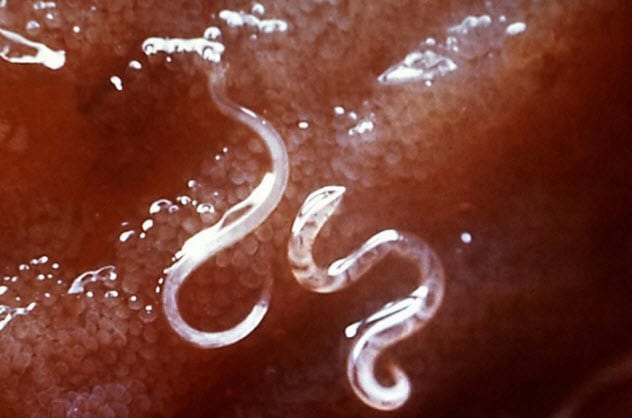 In the 1970s, a parasitologist named Jonathan Turton got fed up with his allergies. So he swallowed a hookworm. After two years of living with the parasite, he published the results.

Turton claimed that his hay fever never flared up during that time. He believed that the worm protected itself by producing chemicals that suppressed his own immune system. This meant that Turton’s immune system could not overreact to allergens.

Modern researchers agree to a point. Several studies have shown promise with worms and inflammatory diseases, including Crohn’s disease and multiple sclerosis. Since most “worm remedies” had already happened in the shadows, researchers also visited traditional healers, people who had infected themselves to treat disease, and worm sellers.[5]

This unregulated underground had a few insights, including improved allergies, asthma, Crohn’s disease, and inflammatory bowel disease. However, hookworm is a serious infection. Safe mainstream usage is not possible as doctors are still grappling with whether this is real or a placebo effect. If real, a lot of research needs to be done to determine the correct treatment and control of the parasites. 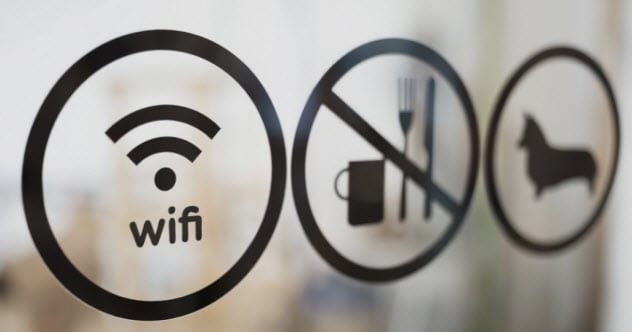 Some people claim to have electromagnetic hypersensitivity (EHS). In 2015, a 15-year-old killed herself. Afterward, her family explained in court how the school’s Wi-Fi signals had left her nauseated, unable to concentrate, and suffering from debilitating headaches.

A 12-year-old boy’s parents sued his private school, insisting that the institution’s newly installed “industrial-capacity Wi-Fi” was detrimental. His symptoms included dizziness, skin irritation, and nosebleeds. In another case, a French woman won a disability settlement. Although the court accepted that her symptoms interfered with her life, it did not entirely acknowledge EHS.

Similarly, the World Health Organization (WHO) states that this is not a “medical diagnosis.” EHS symptoms could mean anything. Sufferers report general signs like headaches, vertigo, rashes, and nausea. While affected people insist that removing themselves from electromagnetic signals makes them feel better, scientists are wary.[6]

When tested, EHS patients could not tell when the signals were switched on. The symptoms are not in doubt. However, the failure to replicate EHS in the laboratory suggests that a host of other triggers could be responsible instead. 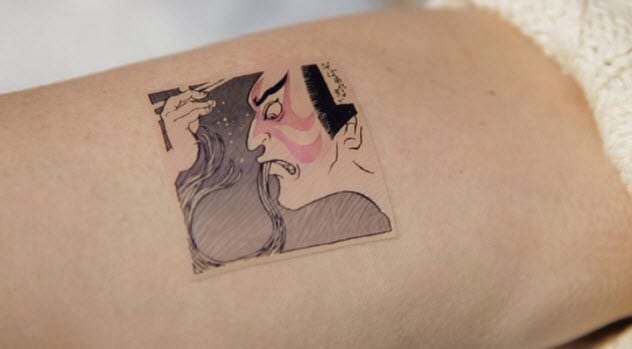 The peanut allergy is well-known. While most Americans are aware that it could provoke serious consequences, few know that buckwheat is just as dangerous—anaphylactic shock and all.

The US and UK are basically buckwheat free, but Japan is a different story. This grain is the main ingredient of their popular soba noodles. For this reason, the Japanese are familiar with the fact that it is a common food allergen.

In 2017, Japanese restaurant owners wanted to spread awareness among foreign tourists before their customers could get into trouble with the delicacy. They approached a dermatologist and ad agency. The resulting campaign was rather unique—using a temporary tattoo based on historical Japanese art.

To test if a person is allergic to buckwheat, the skin is pricked before the tattoo is applied with soba noodle broth. If allergic, red skin irritation will show through see-through sections of the image. Although a positive test is scary, it beats anaphylactic shock due to ingestion.[7]

The fright hardly lasts, thanks to the beauty of the tattoos. Even the clear sections were designed to blend the red rash into the art. 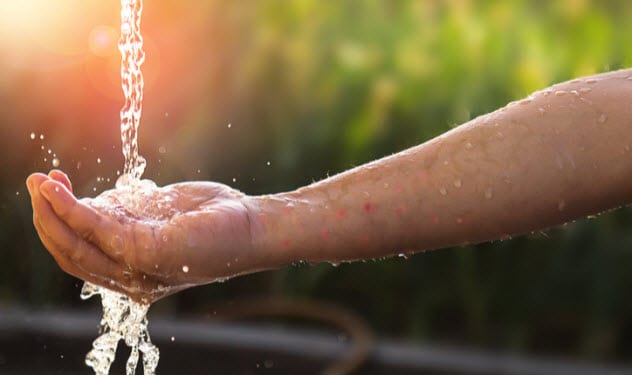 Life is not possible without water. Now imagine being allergic to water. It may sound like a yarn, but this condition, called aquagenic urticaria, is very real. As one of the rarest types, only about 100 cases have been recorded.

In 2018, Minnesota toddler Ivy Angerman was diagnosed with the condition. At 18 months old, she could be the youngest to ever develop an H20 allergy. Oddly, aquagenic urticaria has an age-related link. Most patients first experience the condition with the onset of puberty. In Ivy’s case, simple things like bath time and sweating can cause a rapid outbreak of hives and rashes.

This allergy is mysterious. Any kind of water, regardless of temperature, can trigger a reaction. Doctors do not know why. Some suspect that water is not the culprit but something inside it—perhaps a dissolved chemical, such as chlorine. Another theory suggested that the skin itself might produce a substance that morphs into an allergy trigger once in contact with H20.[8] 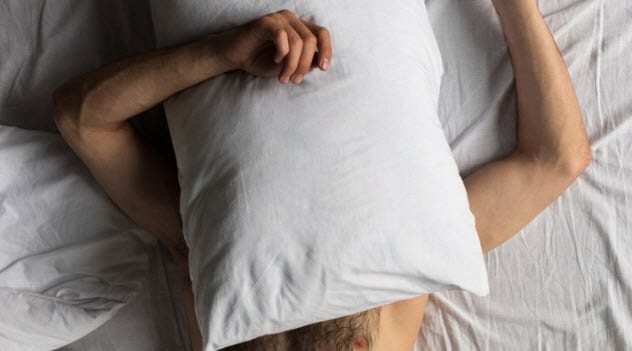 In 2002, a peculiar condition was recognized. Called Post-Orgasmic Illness Syndrome (POIS), it might stem from a semen allergy. Scientists are unsure about the cause because the discovery is relatively new, few studies exist, and not a lot of men have come forward. Researchers suspect that sufferers are allergic to their own semen.

POIS is triggered by ejaculation, followed by sickness that resembles flu (terrible fatigue and weakness). Symptoms appear within seconds or hours, sometimes lasting up to a week. Some can be scary, like memory lapses and speaking incoherently. Worse, it is a chronic condition.[9]

As only about 50 cases are known, the disorder is considered to be rare. Many more men probably have it, but they may be misdiagnosed or unaware that POIS exists.

However, it appears that the offending substance might be the cure. A study found that two volunteers experienced reduced symptoms after receiving injections of their own increasingly concentrated semen. The bad news for POIS hopefuls is that they had to sit through this weird treatment for up to 31 months.

1 Allergies Can Get Donated 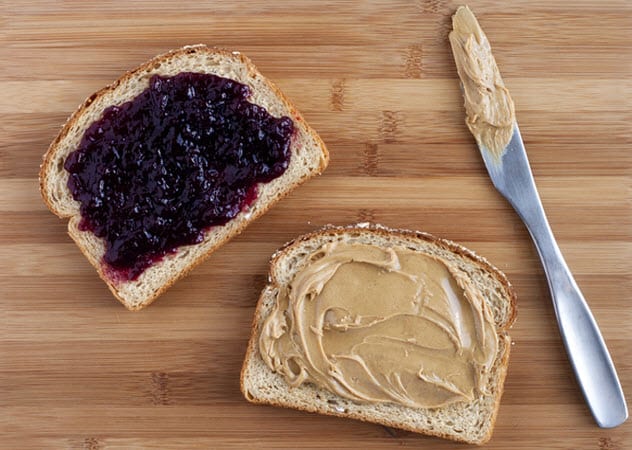 When a patient receives a transplant, he gets a new organ and a second chance. However, some people get more than they bargained for—their donors’ food allergies.

In 2018, one woman found this out the hard way. All her life, she ate nuts without any ill effect. After the 68-year-old received a new lung to treat her emphysema, she felt like a peanut butter and jelly sandwich. Luckily for her, she was still recovering in the hospital from the transplant and doctors were on hand when she went into her first peanut shock.

The event was severe, but she survived. When doctors checked the donor’s background, they found that he used to have a bad nut allergy. Such donated allergies are rare, but they do happen. Around four or five other cases exist in which lung transplants gave recipients their donors’ negative reaction to nuts.

Lungs are not the only organs capable of transferring food allergies to a new person. There have been cases involving bone marrow, kidney, and heart donations. For some reason, liver transplants come with a higher risk.[10]

Read more amazingly strange facts about allergies on 10 Wacky Allergies To Things Other Than Foods and Top 10 Common Health Practices That Are Actually Hurting Us.