This may surprise some people, but fish falling from the sky is common enough to be a well-documented meteorological event. And we only know about the ones that fall on populated land.

Far from being the apocalyptic symbol of the end of the world that religion and blockbuster movies would have us believe, a fish fall is a very natural—not supernatural—phenomenon.

Dr. Randy Cerveny’s book, Freaks of the Storm, notes that contemporary observations “of a waterspout lifting fish out of water and depositing them elsewhere date as early as 1889. Even today, the odd selectivity of fish falls remains a difficult aspect to explain scientifically.”

For fish falls, all you need is fish and water—fish and water going up, and eventually, fish coming down. Seems rather simple. But we don’t know how every fish fall happens. This is all just scientific conjecture.

So, let’s get dragged up into the sky against our will and plummet down to land on a list of 10 recent fish falls. 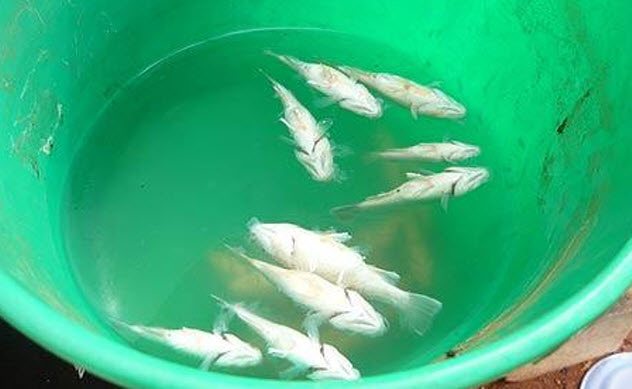 On the edge of the Tanami Desert, 550 kilometers (340 mi) away from the nearest “big” town of Katherine, sits the small town of Lajamanu, Northern Territory. It is not really a fishing destination.

Lajamanu has been the recipient of falling sky-fish at least three times in modern history—in 1974, 2004, and 2010. The fish that fell were small and alive—tough little creatures that must have been in the air for hundreds of hours. The closest significant bodies of water to Lajamanu are Lake Argyle and Lake Elliot, which are both a long distance away. Even the nearest river is over 480 kilometers (300 mi) away.

The locals were quite pleased with the falling spangled perch. They went “fishing” by picking up the perch from the local football oval.[1]

The weather station had forecast a “slight rain” for the Mexican town of Tampico. They forgot to mention that it would rain small fish.

On September 26, 2017, a rather ordinary shower of rain brought with it a smattering of small fish in Tampico. While there was not a deluge of fish and no one ran out with their buckets to feed their families, there is at least one video recording of the pavement with some fish on it.[2]

Pedro Granados, director of civil protection in Tamaulipas state, sees the strange weather event as more than a fish fall and slightly less than the end of the world. “I don’t know if it’s climate change,” he said, “but we’ve had tornadoes, storms, rains, floods, raining fish, eclipses, earthquakes, all kinds of natural phenomena that we aren’t used to but that we are experiencing these days.”

It certainly sounds like there is a lot more going on in Tampico than is to his professional liking. 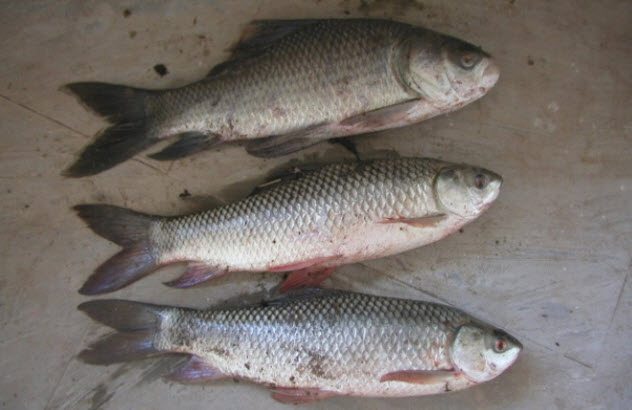 The small rural villages of Komanapalli and Singuripeta in the Srikakulam district of India were pleasantly surprised when Cyclone Roanu bought them not the destruction that they had expected but a sky full of small fish that soon littered the fields around them.

In May 2016, the community was pleased when fresh Indian major carp fell on agricultural land. With the approval of the fisheries department, the locals quickly picked up the half-hour’s worth of raining fish and took them home to cook. All the convenience of fishing without actually doing it. It seemed like a win-win situation to everyone but the free-falling fish.

The fish were all alive and were presumed to have been swept up by the cyclone from nearby ponds and deposited on the ground with the rain.[3] 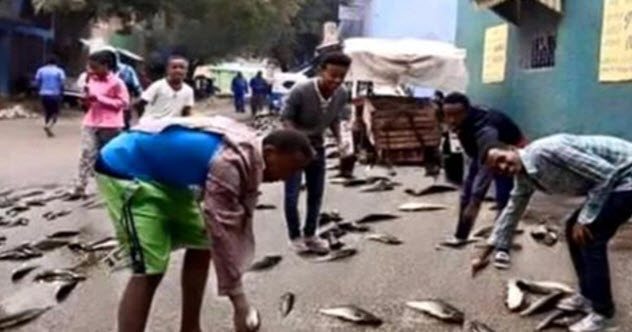 Heavily affected by drought and economically oppressed, Dire Dawa is a large city of more than half a million people in Ethiopia.

In January 2016, drought-affected residents were quite surprised at first to see large fish dropping from the sky along with a brief rain. The fish fell heavily over parts of the city, and the residents were more than happy to collect them and put them to good use.[4]

Unlike many other fish fall stories, these fish (with the accompanying rain) fell out of a clear sky. There were no winds or cyclones or anything of that nature, which encouraged a representative of the Ministry of Livestock and Fishery Public Relations to say that the event was a divine intervention and a gift from God. 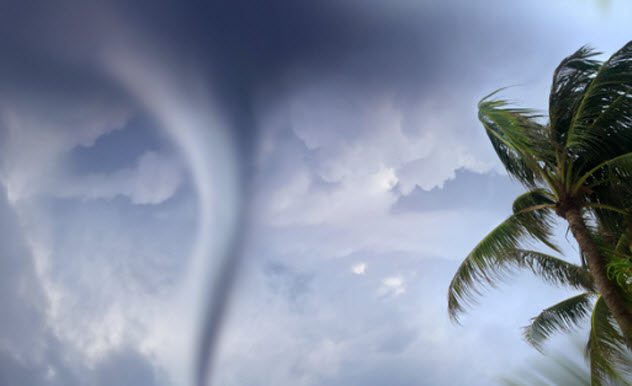 In January 2012, the residents of the province of Agusan del Sur experienced a fish-related event that the landlocked region was certainly not used to—a fall of fresh fish.

The fish that rained on Loreto were small mudfish, and only 72 of them survived the massive fall from the clouds. The living fish were taken to be studied by local authorities.[5]

It is believed that the mudfish were sucked up in a waterspout and kept alive by “swimming” in the damp clouds. 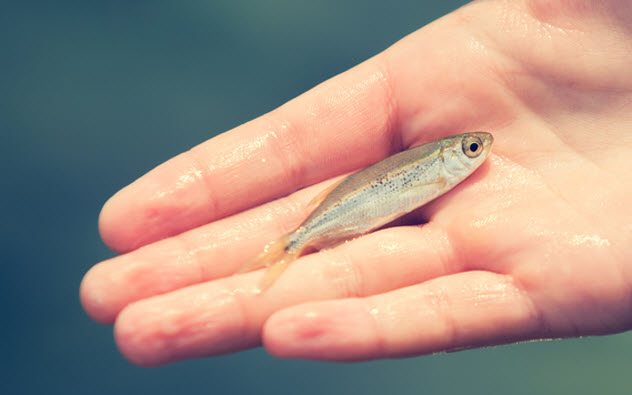 A local writers’ group en route to their meeting on August 18, 2004, was surprised to discover that a heavy shower had dumped a number of minnow-like fish right in the middle of their town.

Some of the fish were alive when they fell. But they soon died on the ground, surrounded by writers. (This part of the story is not at all surprising. If you stare at a fish long enough and that fish is out of water, it will die. Interestingly, this is not evidence that you have magical life-or-death staring power. The death of the fish will be due to the fish’s situation rather than your intent.)

The fish must have traveled at least 80 kilometers (50 mi) from the nearest coast to fall in such an inspirational way on a writers’ group.[6] 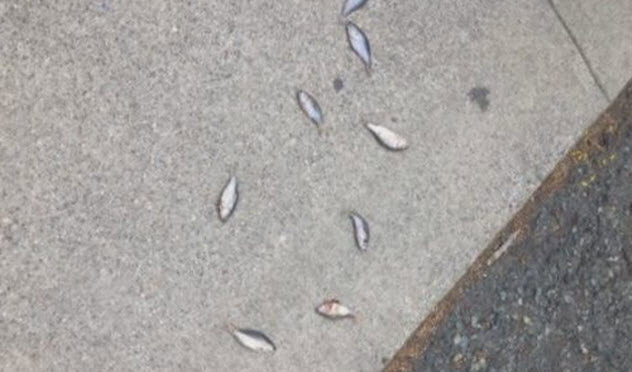 The fish fall of May 16, 2017, at Oroville, California, was both mysterious and just a little bit suspicious.

The first concern for the teachers was terrorism, but there was no sign of an intruder. Was it a prank? Seemed like a difficult one. There were no birds that might have dropped that many fish, and the fish weren’t eaten. They were whole.

Where had the fish come from? Not the hatchery nearby making a delivery and maybe spilling it—they hadn’t made any deliveries. Not from a plane that for some reason jettisoned some fish—no planes had flown over.

The naughty schoolboys that chased the girls about with the dead fish were suspected, but it turned out that they were more annoying than guilty. The only other explanation was a fish fall. 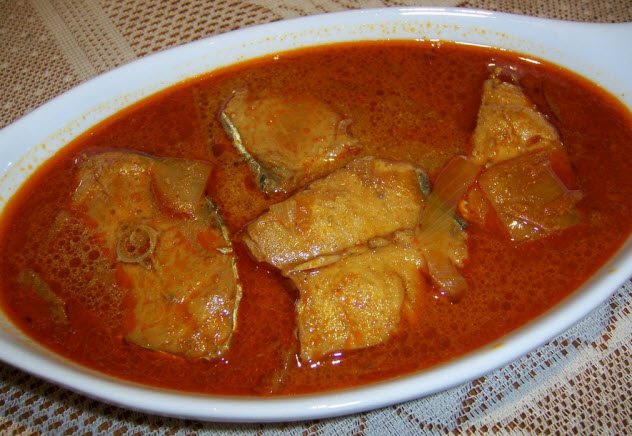 When you google “Jaffna,” the first thing that comes up is “Jaffna Fish Curry.” This is interesting because a fall of fish made the region of Jaffna a resident of international news headlines in November 2017.

This particular (uncurried) fish fall took place within monsoon season when the area was struck by heavy rains and thunderstorms. Fish fell and were collected by locals who welcomed the free food.

Witnesses to the fall said that rains of fish had been happening for the past three years and that locals collect the fish and cook them later.[8] Possibly in one of those delicious looking curries. 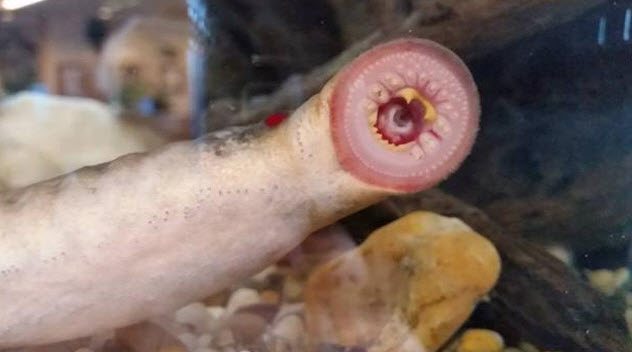 Small fish falling from the sky is kind of cute and quirky. Bigger fish can provide meals for people who need them. Big fish would be weird but only really a problem if they fell on you or your property.

Lampreys falling from the sky are just horrific.

In June 2015, residents of Fairbanks, Alaska, were treated to a fall of large lampreys—eellike suckerfish with big teeth that look for all the world like vagina dentata.

Only four of the horrid creatures were found, and only one of them was still alive. It fell in a store parking lot and was put in a bucket.

The only odd thing about the land-thudding lampreys was that they all had small holes on their sides. The holes were evenly spaced and regular in shape. Of course, the Alaska Department of Fish and Game said that they were most likely dropped by gulls.[9] 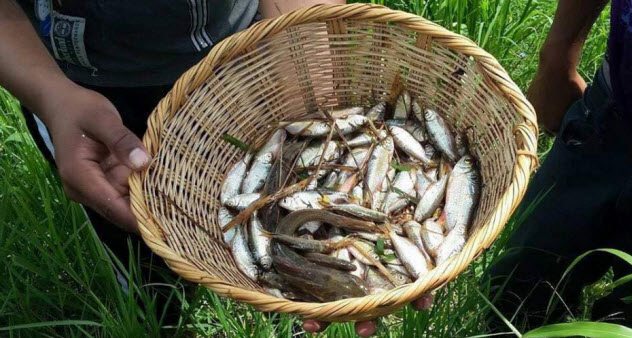 There is at least one place in the world where a fish rain is a roughly scheduled event that the residents look forward to. The Lluvia de Peces (“Rain of Fish”) has occurred at least once a year since the 1800s.

Each May or June, locals rely on storms to bring the fish to the streets of Yoro, where the creatures are collected to provide much anticipated food for the town’s residents.[10]

The culprits, or benefactors in this case, are most likely waterspouts. They suck up fish that are carried by winds and dropped later, although the local people in Yoro believe that the source of the fish is divine.

Father Jose Manuel Subirana, a Catholic priest of some local standing, was believed to have prayed for food for the people of the area and was answered with a rain of fish. Since 1998, there has been a festival and parade honoring Father Subirana and his prayer for intercession.

The fish themselves may be different species each year, brought from a different part of the ocean.

An alternate theory is that the animals are blind, underground lake fish that are forced up to the streets by regular flooding of their underground home.

Either way, it’s a good feast for the locals.