Throughout the history of criminology, there is one game some serial killers just can’t resist, and that’s playing classic cat and mouse. Penning letters to the police, leaving behind clues at the scene of a crime, drawing maps to where the bodies can be located, or making creepy phone calls—they’ve done it all.

True evil enjoys showing off its cleverness and ability to outwit authorities, and the following serial killers are no exception. Two of them have even managed to evade capture to this day. 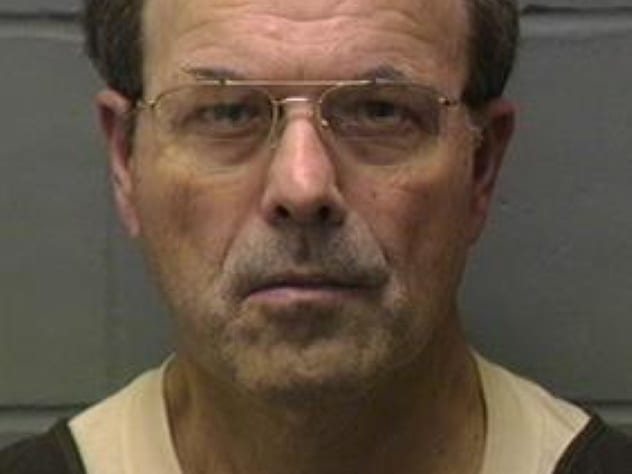 Serial killer Dennis Rader murdered ten people between 1974 and 1991 in Wichita, Kansas. His moniker “BTK” stands for “Bind, Torture, Kill,” based on his modus operandi. He terrified neighborhoods, which saw a huge surge in the use of home security systems. However, there was a sinister twist—Rader was the one installing the alarms for a security company from 1974 to 1988.

Rader was able to avoid capture for roughly three decades while taunting the police with letters that read: “Good luck hunting.” He also accurately described the positions in which had left the bodies at each crime scene.[1]

In 2005, Rader was arrested after a floppy disc he sent to a local television station was quickly traced to a computer he had used at his church. The BTK Killer was finally caught and is now serving life behind bars in a Kansas maximum security prison. 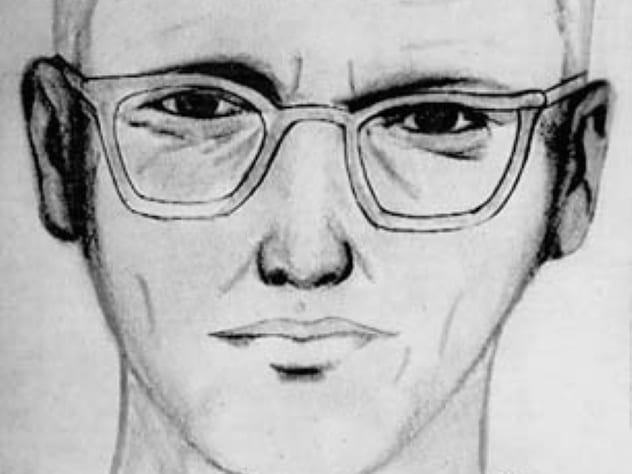 The Zodiac Killer is an unidentified serial killer who murdered five known victims in Northern California between December 1968 and October 1969. The crimes frustrated detectives as the killer sent coded messages to the newspapers following each murder.

One cipher read: “This is the Zodiac speaking. By the way have you cracked the last cipher I sent you? My name is . . . ” followed a series of letters and symbols—yet the code has never been cracked. Another letter read: “I like killing people because it is so much fun . . . it is more fun than killing wild game in the forest because man is the most dangerous animal of all to kill.”[2] The Zodiac also provided details of the murders that only the real killer would have known and warned that the previous victims would not be the last.

Author Mark Hewitt, who published books on the killer, said, “The Zodiac case is the number one unsolved American criminal mystery. It is America’s Jack the Ripper, basically. I think there are more people looking into this case than any other case.” 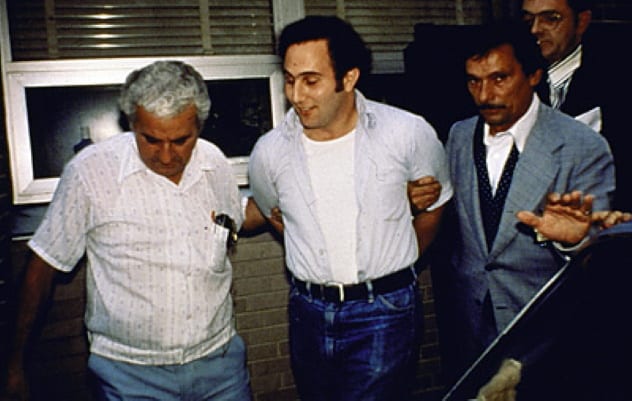 Serial killer David Berkowitz murdered six people in New York City from 1976 to 1977. Known as “Son of Sam,” he claimed his neighbor’s dog had ordered the murders. The random attacks across the city were all carried out with a .44-caliber revolver.

NYPD officer Timothy J. Dowd was part of the homicide squad tasked with capturing the killer. Dowd was sent a chilling letter from Berkowitz that threatened his teenage daughter, Melissa. In a recent documentary, Son of Kerry, Son of Sam, Melissa recalled, “I don’t think I was mature enough to realize how frightening it was at the time, but I came home and they had installed an active police radio in the dining room, and a radio police car circled our block periodically from that point forward.”[3]

Berkowitz’s reign of terror came to an end when his car was traced through a $35 parking ticket he received when parked near the crime scene of his final kill. Since 1977, he has been kept permanently behind bars. 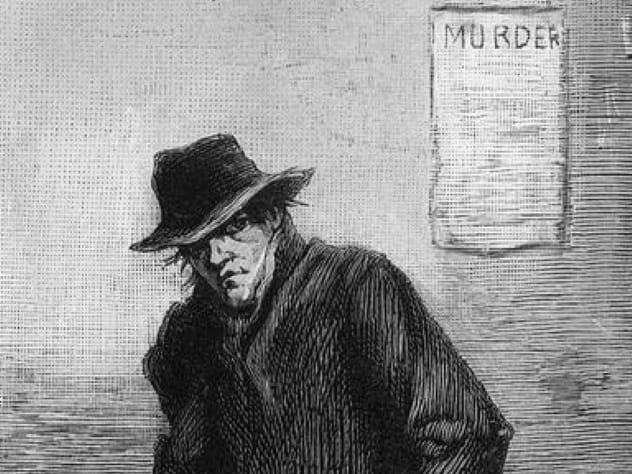 More than 100 years ago, a mysterious and brutal serial killer who became known as Jack the Ripper terrorized the streets of Whitechapel, London. In 1888, the bodies of five women were discovered brutally butchered; throats slit and lower abdomens ripped open. Shortly after the murders had begun, a letter was sent to the Central News Agency titled “Dear Boss.” The letter warned that the killer would strike again and “clip the ladys ears off.” Just three days later, the next victim was found with one ear removed.

Another letter titled “From Hell” was sent a month later to the leader of the Whitechapel Vigilance Committee, claiming that the killer “fried and ate” half the kidney of the previous victim. This was sent with a box containing the other half of the kidney preserved in alcohol.[4] Despite a full investigation by Scotland Yard, the case of Jack the Ripper is still one of London’s most notorious unsolved serial murders. 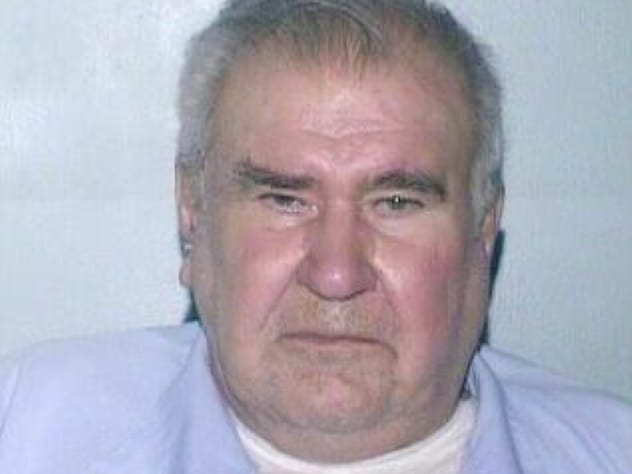 In 1945 and 1946, three women were brutally murdered in the city of Chicago, and the killer used the lipstick of one victim to scrawl on the walls of her home:

The press named him the “Lipstick Killer,” and police attempted to track him down before he struck again.

His final victim was six-year-old Suzanne Degnan, who was abducted from her home. The scattered remains of her body were discovered around the Edgewater neighborhood. A ransom note left behind demanded $20,000 and issued a warning not to contact the FBI.

Six months after the murder, 17-year-old William Heirens was finally arrested when someone noticed him breaking into an apartment. Prosecutors said they had fingerprints and handwriting analysis to prove that he was the Lipstick Killer. Heirens avoided the death sentence in exchange for a guilty plea, although the young teen claimed he was beaten and given “truth serum” while in police custody. Heirens spent the rest of his life behind bars. He died in 2012.[5] 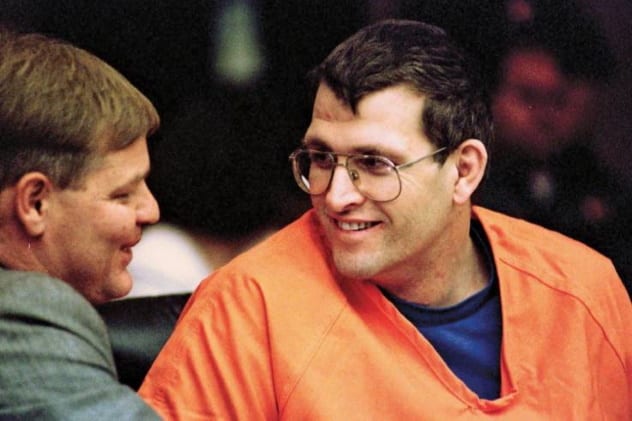 Keith Hunter Jesperson murdered eight women over the span of five years in the early 1990s. The twisted serial killer worked as an interstate truck driver, which allowed him to roam the country as a cold-blooded killer. However, he became unsatisfied with the lack of attention for the murders and began to taunt the police via the local news media.

Jesperson started writing letters to The Oregonian detailing his murders and signing them with a smiling happy face. There were also smiley faces left behind at the scene of the murders or as graffiti on the walls of truck stops he had visited. Dubbed the “Happy Face Killer,” he managed to escape arrest and remain anonymous until 1995.

His reign of terror finally came to an end when a longtime girlfriend ran to the police with evidence. Jesperson confessed to killing eight women in California, Florida, Nebraska, Oregon, Washington, and Wyoming—all of which were confirmed. Behind bars, he claimed the real victim count was around 185.[6]

4 The Axeman Of New Orleans 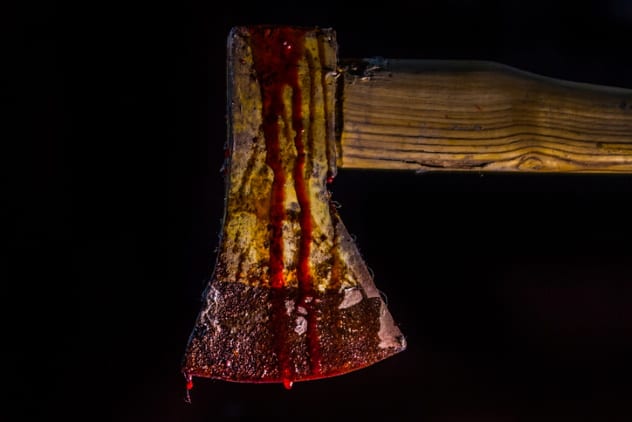 From 1918 to 1919, the Axeman of New Orleans killed six people and left six more severely injured. An Italian grocery store owner and his wife were the first victims; they were found in bed at home with their throats cut and skulls bashed in with an axe. The victims who followed were also found in bed, and no valuable belongings were taken.

The Times-Picayune newspaper received a letter with demands for the following Tuesday night:

I am very fond of jazz music, and I swear by all the devils in the nether regions that every person shall be spared in whose home a jazz band is in full swing at the time I have just mentioned. If everyone has a jazz band going, well, then, so much the better for you people. One thing is certain and that is that some of your people who do not jazz it out on that specific Tuesday night (if there be any) will get the axe.[7]

On that Tuesday night, the streets of New Orleans filled with jazz, and nobody was harmed. Then, in October 1919, the murders ended just as quickly as they had begun. The killer was never found. 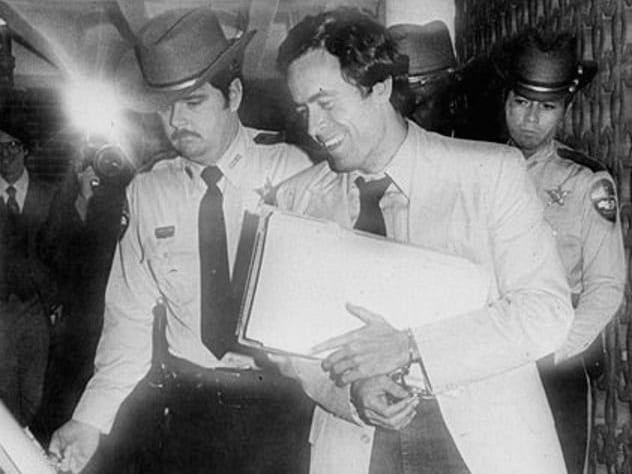 Ted Bundy is one of the most notorious and twisted serial killers in history. Between 1974 and 1978, he murdered at least 30 female victims in seven states. One of the most haunting aspects of the case is how long Bundy managed to evade police officers and continue his brutal killing spree.

Bundy’s longtime girlfriend Elizabeth Kloepfer informed the police of her suspicions after she found a hatchet under the front seat of his Volkswagen Beetle. The Stranger Beside Me author Ann Rule, who had worked with Bundy at a suicide hotline, recognized him from a wanted poster and also tipped off the police, but this, again, was never followed up.

The cold killer’s game-playing continued throughout his trials. Acting as his own attorney, Bundy was allowed to cross-examine the arresting officers and poke holes in their investigations. Eventually, his wicked ways caught up with him, and he was executed at Florida State Prison in 1989.[8] 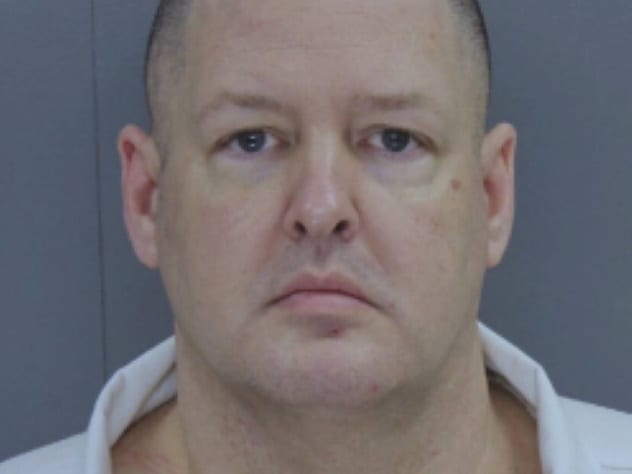 Serial killer Todd Kohlhepp murdered seven victims in South Carolina between 2003 and 2016. He was finally arrested when a missing woman named Kala Brown was rescued from a storage container, where she had been kept in chains and witnessed the murder of her own boyfriend.

Kohlhepp claimed there are more victims. In an eight-page letter he sent to the Spartanburg Herald-Journal, he wrote: “Yes there is more than seven. I tried to tell investigators and I did tell FBI, but it was blown off.” He added, “At this point, I really don’t see any reason to give numbers or locations.”[9]

Former FBI special agent John Douglas revealed in a recent documentary Serial Killer: Devil Unchained, “I believe him. He’s very specific and detailed. He also likes to boast about his skills, his violence.” Kohlhepp has since claimed there were at least two other murders but has yet to give authorities the details.

Joseph DeAngelo was known by many names—“Golden State Killer,” “East Area Rapist,” “Original Night Stalker,” “Visalia Ransacker,” and “Diamond Knot Killer.” From 1974 to 1986, he committed at least 13 murders and 50 rapes and ransacked more than 120 homes. It wasn’t until decades later that the FBI were able to arrest DeAngelo, a former police officer, based on DNA evidence—he was then aged 72 years old.

In 1977, the killer also called the Sacramento County Sheriff’s Office and told them, “I’m the East Side Rapist and I have my next victim already stalked and you guys can’t catch me.” The news of his arrest in 2018 bought a wave of relief to survivors, victims, and authorities.

Read more disturbing facts about serial killers on 10 Chilling Serial Killer Quotes That Show They Had No Remorse and 10 Creepy Cases That Prove These Serial Killers Were Born Evil.