The perpetrator known as the Golden State Killer, East Area Rapist, Original Night Stalker, and now also the Visalia Ransacker was arrested on April 24, 2018. Joseph DeAngelo Jr. is alleged to be the man who burglarized 120 homes, raped nearly four dozen victims, and murdered 12 people during a more than decade-long crime spree in California from the mid-1970s to the mid-1980s.[1] The Golden State killer wasn’t a rage-filled psycho; he was a calculating creep who would survey neighborhoods night after night. Lucky for us, he left ample DNA behind, which finally led to his arrest.

Read on to see how he did his homework and a lot of other terror-inducing actions be performed before committing his crimes. Here are the ten creepiest things about the Golden State Killer. 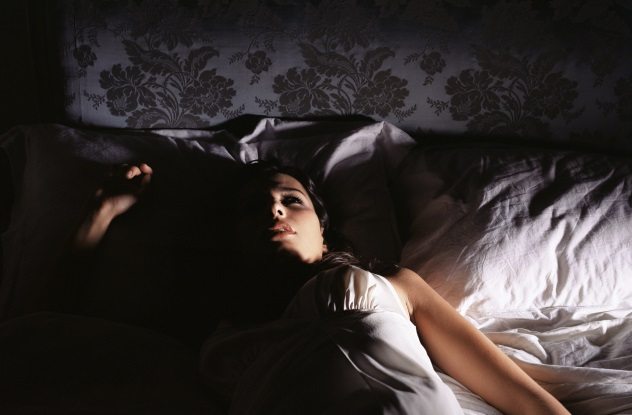 Before he was a murderer known as the Golden State Killer or the Original Night Stalker, he was a serial rapist known as the East Area Rapist. The killer started by raping single women. He would wake them up in the middle of the night, usually around 3:00 AM or 4:00 AM, and immediately blindfold them.[2] He always wore a ski mask just to be safe. He would tie up his victims, who reported the rape itself to be quick, but he would stay in their house for hours, tormenting them.

The East Area Rapist would continuously threaten to kill his victims, taking breaks from the abuse to ransack their homes or to stand silently over them after the physical abuse, allowing them to wonder if he had gone or if he was still there. This quiet waiting game would actually aid in his escape, as victims would be frozen in fear and unwilling to move to see if he had gone or not. Sometimes the victims would wait hours until they felt safe enough to get up and find a phone to call the police. 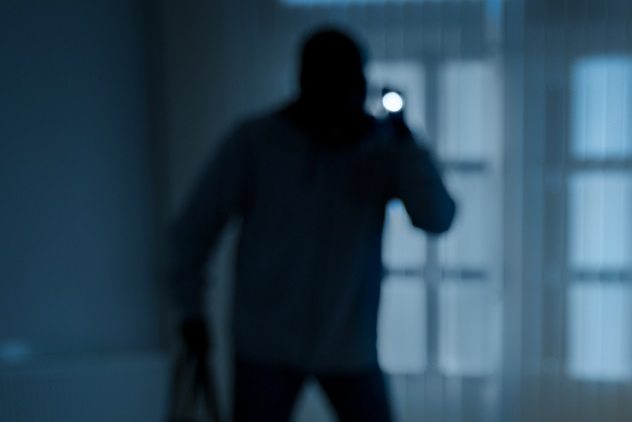 Before he was a rapist, he was known as the Visalia Ransacker. Although this connection has been pondered by many investigators in the past, it seems to have been confirmed after DeAngelo’s arrest.[3] Records show he was working as a police officer in the area during the years the Ransacker was active.

He was a prowler, a creep, a voyeur; he would watch and document details about his victims. He knew when each family member would be home and when the house would be completely empty. He stole odd items like Blue Chip stamp books, cuff links, rings, and once, 17 rolls of pennies. 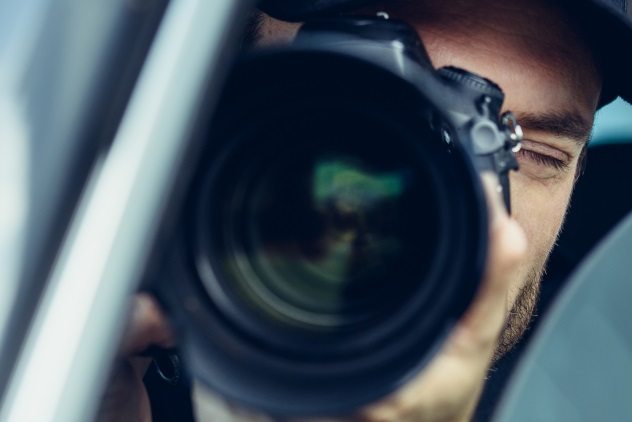 The Golden State Killer would stake out houses long before he would enter to rape and murder. When he did go inside, he already knew the entire layout of the home. He knew how many people lived in the house. He knew their schedules. He even learned their names.

Sometimes, he would enter days or hours before an attack and prepare the home to his liking. This would entail small actions that could go unnoticed, like disabling a porch light and unlocking windows, but also more advanced planning like emptying bullets from guns, cutting phone lines, and staging the patio for an easier exit.[4] He would also hide shoelaces and other materials that could used for ligatures inside the house in preparation for the attack.

7 Need To Be In Control 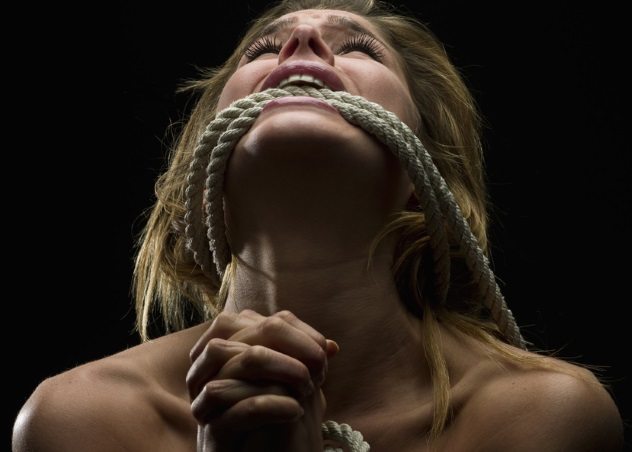 The East Area Rapist/Golden State Killer had an intense need for control and power. He would demonstrate this by escalating to raping wives while their husbands were home and eventually killing couples. He would insist that the wife tie up the husband instead of doing it himself.[5] He would have victims pleasure him only after they were tied up. He would use their names and reference familial relationships, implying that he knew each victim, although it is postulated that this was a ruse.

He would also exert his power by eating victims’ food from their fridges and by stealing valueless personal items, but his creepiest habit was keeping their phone numbers. He was known to call victims decades after the attacks to taunt them. 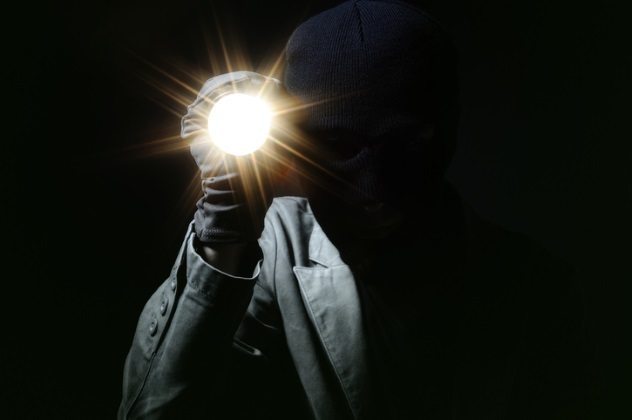 The killer’s skill set was disturbing, and he proved to be committed to it as he stood and watched his victims for hours. He would stand outside homes so long that his shoe prints were several inches deep. Tennis shoe prints and DNA evidence were present at most crime scenes.[6]

He crafted a routine that always started with waking his victims up by blinding them with a flashlight beam. His victims would almost always describe the same script he seemed to be working off of: “Don’t move, or I’ll slit your throat.” Even after the initial attack ended, the East Area Rapist would stand silently in the room, waiting for the victim to stir, only to announce his presence again. Investigators said this was a successful scare tactic that ensured victims would not immediately get up to call the police, even if they thought they heard him leave. 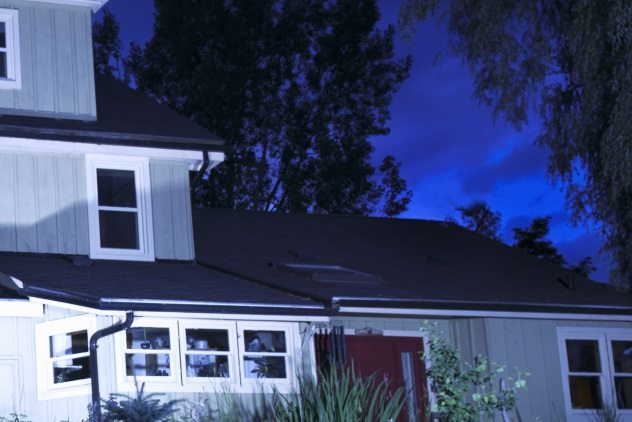 Police kept finding change, jewelry, and other stolen objects on the roofs of homes in the targeted neighborhoods. Initially, they thought he was throwing the goods onto the rooftops, but eventually, they realized their quarry was crawling around the roofs, and the small items were actually just falling from his pockets.

While it is still unknown if the alleged murderer kept trophies from his break-ins, rapes, and murders, it was obvious that theft was not his main motivation.[7] Often, he dropped these items outside somewhere or even in the homes of future victims. 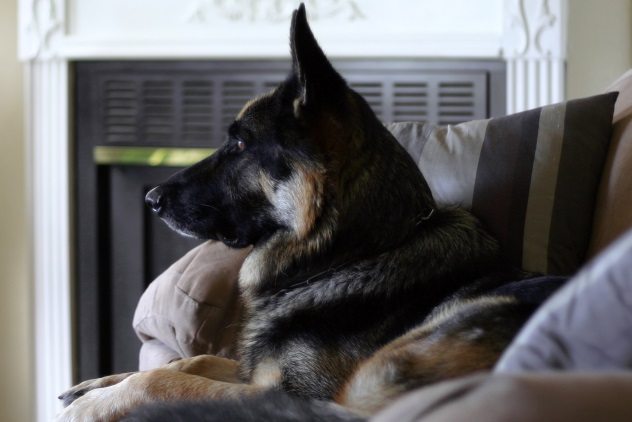 The Golden State Killer did not let barking dogs stop him. It was assumed that he brought treats for neighborhood dogs and got to know the pets on the blocks that he targeted. However, he would not hesitate to harm an animal if necessary.

One night, the Golden State Killer cut a 54-kilogram (120 lb) German Shepard’s belly to keep from being discovered. Don’t worry; after a visit to the vet for 70 stitches, the animal survived. The alleged killer was also caught stealing a can of dog repellent and a hammer in 1979.[8] At the time, he was an Auburn police officer, and instead of attending a hearing about this matter, he simply quit altogether. 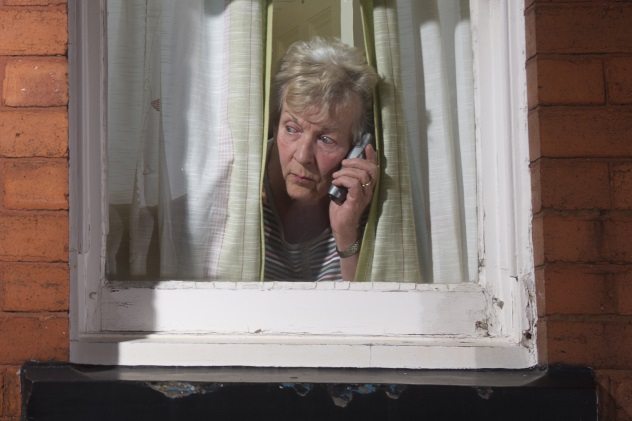 The Golden State Killer would taunt his victims by phone. Many rape victims reported getting weird calls and hangups prior to being attacked. They did not think much of it until the break-in and attack occurred.

Creepier yet, long after the crimes, say three decades, the serial rapist would call his victims and terrorize them.  One rape victim recalls getting a call where only “Remember when we played?” was said on the other end of the line. She said she knew immediately it was the man they called the East Area Rapist, who attacked her more than 30 years prior.[9] 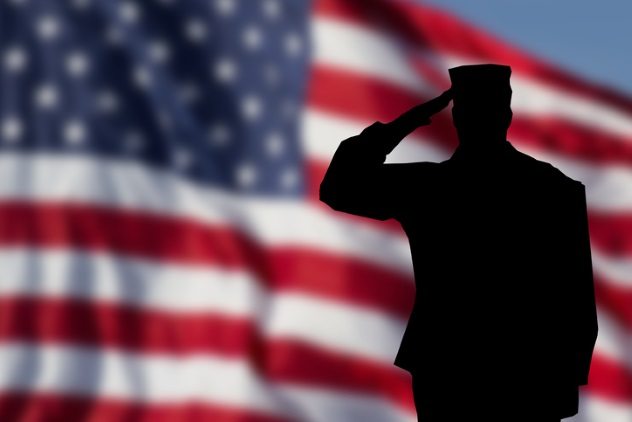 Once the Golden State Killer graduated to attacking couples, he formed a horrifying new routine meant to strip the male of his perceived power. He would demand the wife tie up her husband, and then he would place a teacup and saucer on the bound husband’s back. “If I hear those dishes rattle, she’s dead,” he would threaten. He would then take the wife into the living room and sexually assault her there. This tactic worked, as there was only one instance where the male partner attempted to fight back, which lead to the Golden State Killer murdering both victims.

The teacup and saucer move, among other actions like the use of sophisticated diamond knots, lead authorities to believe the perpetrator spent time in the armed services. Alleged killer Joseph DeAngelo Jr. spent nearly two years in the Navy.[10] 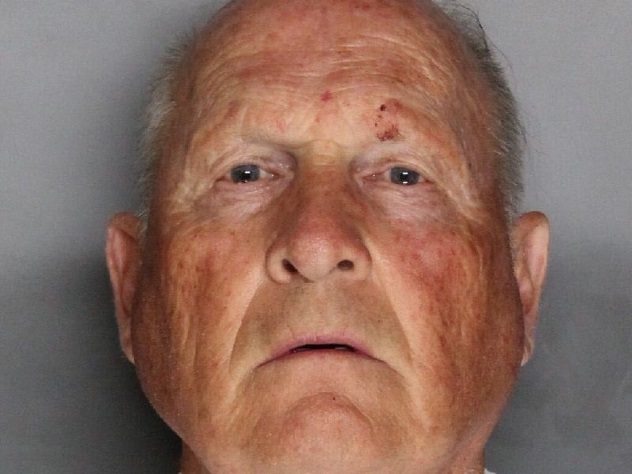 The Golden State Killer is alleged to be Joseph DeAngelo Jr., a former police officer.[11] Investigators always assumed the Golden State Killer had a scanner, but now they know he had access to official channels. He was privy to information about patrols and amped up neighborhood watches; he knew exactly where he was at risk and where he could hunt for victims.

Sarah is a professional photographer, travel guide, and meditation teacher with a fascination for true crime. While she likes to believe the world is a wonderful place full of peace and kindness; delving into the horrifying details of real human monsters teaches her otherwise and prepares her for the unknown. You can connect with Sarah on her nature-inspired lifestyle blog www.liveseasoned.com, on Instagram @schutours, or on Facebook @schutours, or you can travel and meditate with her at www.schutours.com.