Memorials are not always buildings or stationary objects. Red dresses have swayed outside for missing women, people have turned their loved ones into diamonds, and time travelers could have attended Stephen Hawking’s interment.

Monuments can be troublesome, too. They divide communities and take their fair share of bullets. Famous sites are also battling a mysterious slime that nobody can stop.

Once in a while, social media falls in love with a wild animal. In recent years, people adored a black bear from New Jersey. He was nicknamed “Pedals” because he walked on his back legs like a human. The bear’s front paws were badly damaged, prompting the unusual and endearing manner of movement.

Nobody knows how Pedals’s paws were mangled, but it was probably from a car collision years ago. As affection for the bear grew, so did the online death threats. Hunters promised to “execute” Pedals, and in 2016, one killed the upright bear by shooting it with an arrow.

Photos were released of a bear strung up by a chain. Officials confirmed that it was probably Pedals because the front paws were damaged. The animal’s chest blaze also matched.

The Internet flipped. His thousands of fans raised memorial pages on Facebook to raise awareness over his death and to get justice. However, officials said that Pedals was a wild black bear in an area where hunting was allowed—and he was one of 561 bears shot that week alone.[1] 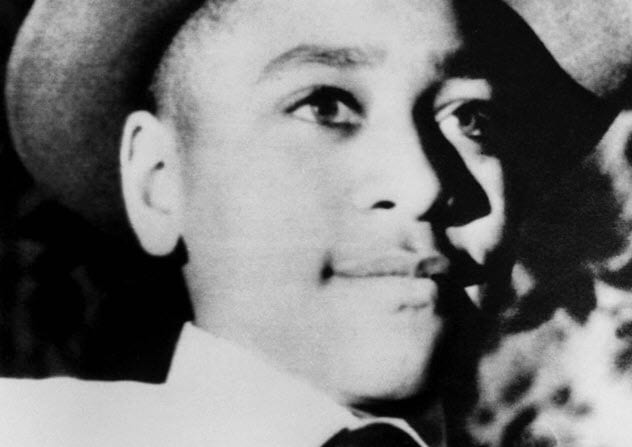 Emmet Till was murdered in 1955 after visiting family in Mississippi. As the story went, a white woman claimed that the black 14-year-old had flirted with her. Subsequently, her brother and husband tortured and shot Till in the head. The mauling left him unrecognizable. Family only knew it was Till because of the signet ring he wore.

The boy’s murder became a strong factor in the civil rights movement, and in 2007, a memorial sign was placed where his body had been pulled from the Tallahatchie River. A year later, somebody ran off with the sign. It remains missing.

Shortly afterward, a replacement was erected. But by 2018, it had been shot over 100 times. The damaged memorial was replaced for a third time, and within 35 days, the trigger-happy vandals moved in again.[2]

The sign came down again. A fourth one is set to make an appearance late in 2019. This time, the sign will be made of reinforced steel and is basically bulletproof. 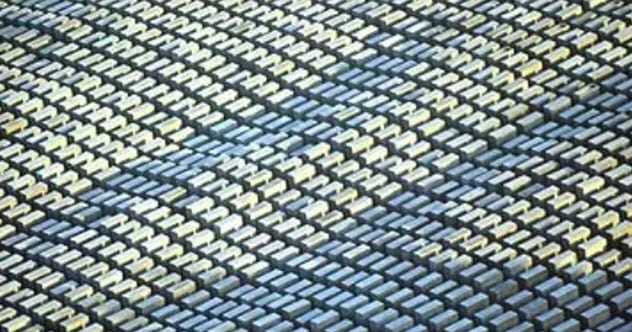 In 2005, Germany did something that no other country had ever done. It opened a monument to its greatest crime inside its capital. Located close to Germany’s parliament building, the Memorial to the Murdered Jews of Europe took 17 years to realize.

Officials revived the project, but it was hampered when the public heard that Degussa had won the contract to protect the monument against graffiti. This was the same company that had supplied the Nazi death camps with gas.

When things finally moved forward again, the Jewish designer got slammed for making jokes about a dentist pulling his gold teeth—an atrocity that happened by force in the camps. The memorial eventually opened, ending the rough journey. It was attended by Holocaust survivors and Jewish as well as German leaders.[3] 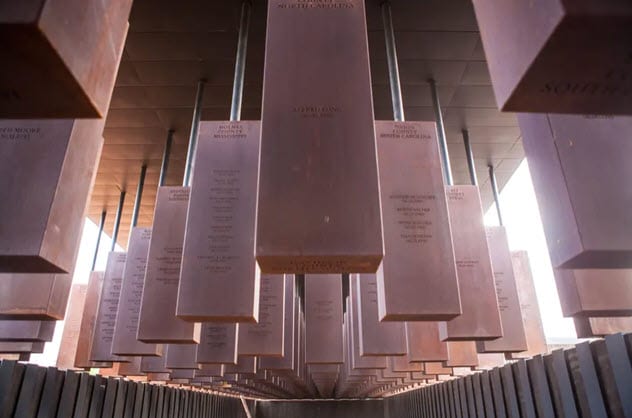 Not all memorials bring people together. One example is a museum that opened in 2018. It is dividing the residents of Montgomery, Alabama. In 2018, the Legacy Museum opened. It was the country’s first memorial to black lynching victims and recounted their stories. Outside, statues of shackled slaves greeted visitors.

The grand opening attracted many, but the locals seethed. Many whites—and even Native Americans—felt that the museum would stir up old tensions. Residents also felt that they never committed the atrocities but now had to face the anger and backlash that the museum might incite. Others felt it was a waste of money and would tear open old wounds instead of allowing healing.

Not all residents agreed. They welcomed the Legacy Museum as part of the South’s history so that their children could remember what their ancestors had experienced. Perhaps too optimistically, they felt, as one woman said, that “this is something everyone will embrace.”[4] 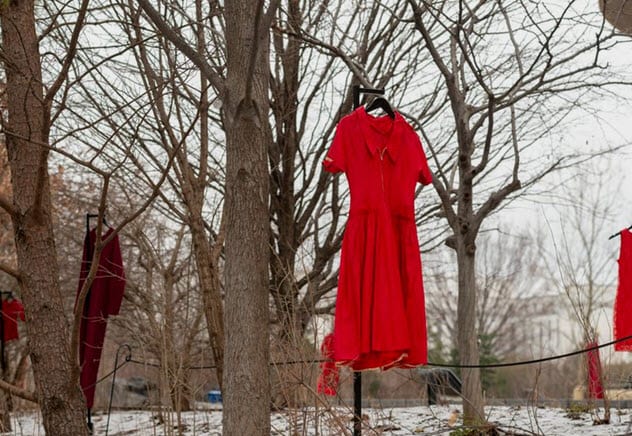 Canadian artist Jaime Black is part of the Metis tribe. She attended a conference about Canadian indigenous issues, and a speaker talked about Missing and Murdered Indigenous Women (MMIW).

The statistics were jarring. In 2016, 5,712 American Indian and Alaska Native women went missing but only 116 were officially recorded in the US Department of Justice’s missing persons database. About 84 percent of American Indian and Alaska Native women also experience violence. Nobody knows the real number of victims because the resources are lacking.

As an artist, Black came up with a simple and yet haunting way to show her grief. Taking 35 red dresses—conspicuously empty of women—she hung them where people could see them.

Her exhibition was displayed all over Canada. In 2019, during the memorial’s eighth year, the red dresses swayed in the plaza of the Smithsonian’s National Museum of the American Indian.[5]

Private individuals have begun to hang red dresses, and the movement reached Congress. Those who support the project hope that the awareness it provokes will speed up the passage of new laws to make the reporting of crime against indigenous people more effective.

5 The Death Of Ok 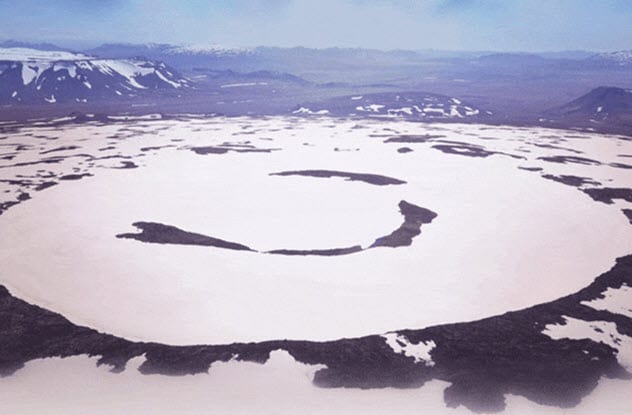 When Vikings marauded around Iceland, they thought that the Okjokull glacier was a dead troll. Also known as “Ok,” the ice giant officially lost its struggle against climate change in 2014. It had melted so much that it could no longer be classified as a glacier.

As the first glacier to bite the dust, the occasion was marked with a plaque. In 2019, scientists from the United States and Iceland forged the simple memorial plate and placed it at a majestic height once reached by Ok. A ceremony in August revealed its message. It was directed at people living in the future. The words read:

Ok is the first Icelandic glacier to lose its status as a glacier. In the next 200 years, all our glaciers are expected to follow the same path. This monument is to acknowledge that we know what is happening and what needs to be done. Only you know if we did it. 415ppm C02.[6]

The tail end measured the present ratio of greenhouse gases in the atmosphere, the highest ever recorded in human history. 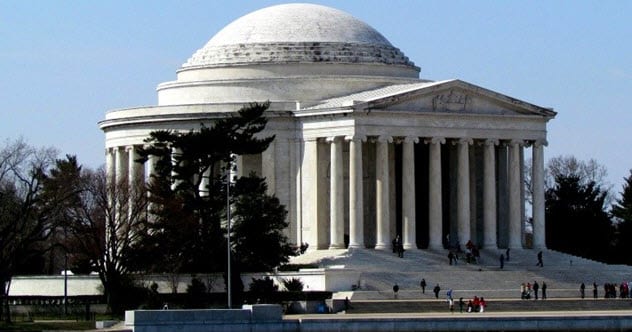 US memorials and monuments are getting slimy. In Washington, DC, the National Parks Service cannot fully explain or stop the phenomenon. Since the goop is poorly understood, everyone refers to it as “biofilm.”

This will remain the umbrella term until the substance can be properly identified. At the moment, all scientists know for sure is that microorganisms are responsible and those tiny colonies were first noticed in 2006.

The slime did not stay a small issue. It is rampantly turning major US monuments from white marble to black. These include the Thomas Jefferson Memorial, the Lincoln Memorial, and several tombstones at the Congressional Cemetery.[7]

Understanding the biofilm has become critical to preserving the monuments. Unfortunately, that could prove to be difficult. Nobody really knows how it spreads, why it likes memorials so much, or how to find a cost-effective treatment to stem the slimy tide. 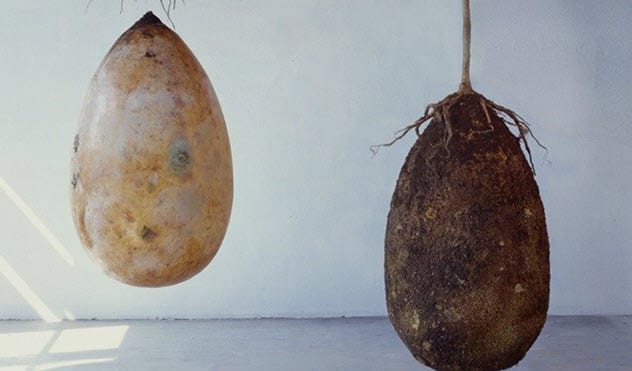 Dying is no longer environmentally friendly. Toxic chemicals are released in both traditional and cremation practices, memorial parks take up swathes of land, and their lawns require large amounts of water and pesticides.

Project Capsula Mundi could be the answer. Two Italian designers came up with the idea of feeding people to trees. Instead of clearing land for cemeteries, funerals could turn into forests.

This is how it works. Instead of a casket or an urn, an egg-shaped pod holds the body or ashes. The pod is then buried in the ground underneath a tree. Eventually, the biodegradable casing dissolves. The person turns into compost and a rich nutrient source for the tree.[8]

Although the eggs are likely to be cheaper than traditional burials, people who want their own memorial tree must wait until natural burials are legalized in many countries. This includes Italy where this idea was born. 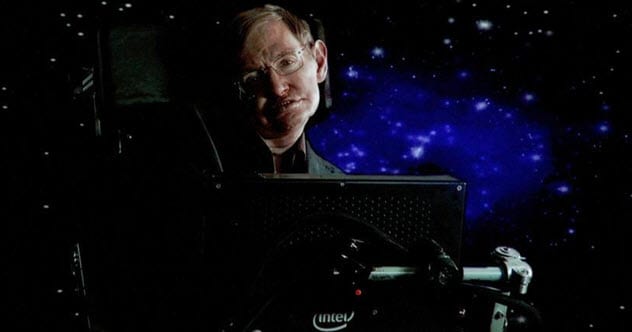 When the famous physicist Stephen Hawking passed away in 2018, tickets were up for grabs. Those who wished to attend his memorial service could go online and enter a raffle to win one of 1,000 tickets. Applicants soon realized that something strange was afoot.

In the drop-down menu where they had to enter their age, there was an option for people to mark their birth year as between 2019 and 2038. When approached for an explanation, the Stephen Hawking Foundation admitted that they were inviting unborn humans. Hawking was a strong believer in time travel and even hosted a party for future people once.

Although nobody from the future showed up for the party, nobody could disprove the possibility that the throngs attending his interment at Westminster Abbey had time travelers in attendance.[9]

1 Diamonds From The Dead 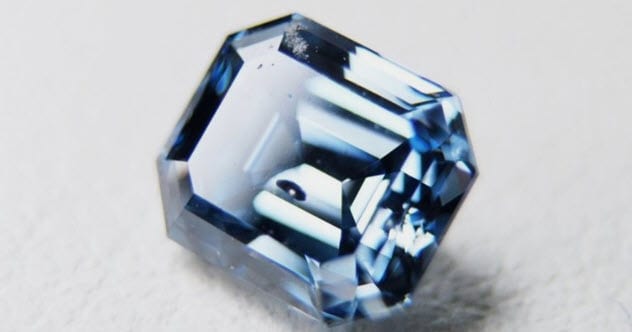 When it comes to funerals, cremation is a popular choice. Not only is it set to eclipse burials but the ashes also offer a unique way to remember a loved one.

The human body contains a lot of carbon. Diamonds are created from crystallized carbon. It did not take long for an entrepreneurial spirit to make the link between diamonds and the dead.

As of 2019, at least five companies now turn cremated remains into a memorial diamond. The industry leader, Algordanza in Switzerland, has already sold around 1,000 of the corporeal stones in 33 countries.

The process begins with an adequate amount of ashes from which the carbon is extracted and purified. It is then placed inside a growing cell with a tiny diamond, which triggers crystallization. The carbon converts to graphite and is then exposed to exceptionally intense heat and pressure for up to eight weeks.[10]

The result is a rough diamond, but customers get the option to have the gem faceted by a jeweler in Switzerland.

Read more fascinating facts about memorials and monuments on 10 Murderers With Their Own Monuments and 10 Weird And Wonderful Animal Monuments.