Time travel captivates the imaginations of many. We see time travel in plenty of movies, such as the Terminator and Back to the Future franchises. There are even those among us who believe certain people to be time travelers.

As of today, we have no proof that there are, in fact, time travelers among us. All the time travelers we know are from the silver screen. What we do have today are theories about how time travel may be possible and how it would work. 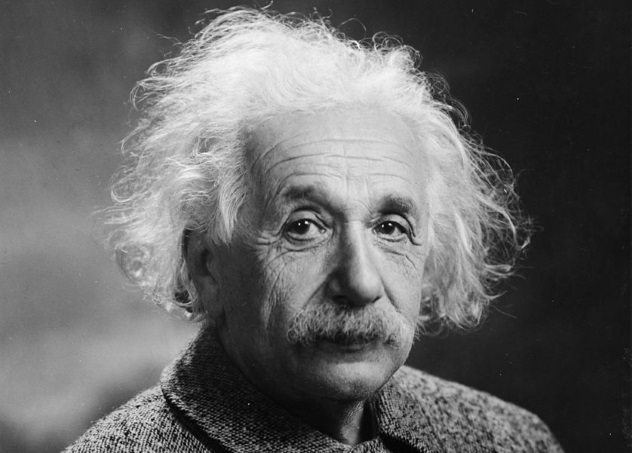 The first theory on this list is Einstein’s theory of general relativity.[1] This theory helped physicists theorize about how time travel could exist. The theory of general relativity discusses how objects in space create a distortion on the space-time continuum, which we know as gravity. Now, gravity does not lead to time travel, but it has created phenomena (both known to exist and theorized) that could lead to time travel.

Physicists have used this theory to come up with and explain wormholes and black holes. We will discuss both of these phenomena further in this list. Both of these “holes” are theorized to be ways that time travel could exist. Without Einstein’s theory of general relativity, physicists would not have been able to connect wormholes and black holes to potential time travel. 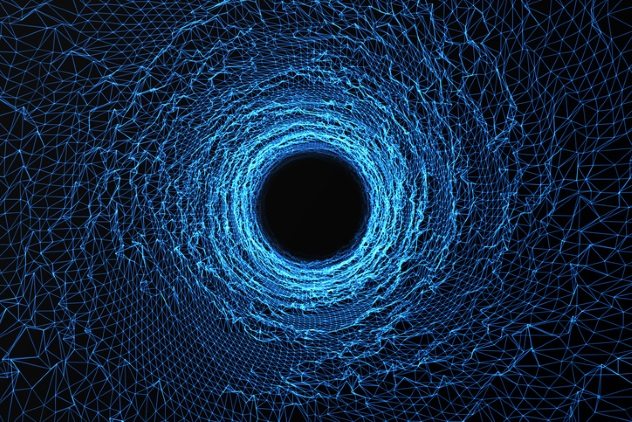 The second theory that we will look at is one of a lot of hope but no real proof. Wormholes have not been proven to exist. No wormhole has ever been found in space, but scientists still think they may be there. Even though no wormholes have ever been identified, physicists believe they may exist by looking at Einstein’s theory of relativity.[2] If wormholes do indeed exist, they may be the answer to traveling through time.

It is theorized that wormholes are shortcuts through space and time. This could mean if someone entered a wormhole, they could travel to another part of the universe or through time. Another issue with this theory is that if wormholes did exist, they would be so small that a person couldn’t even fit into them, this would make it impossible, then, for a spacecraft to fly into one. Although there is no proof that wormholes exist, this theory is one of the leaders to why time travel may one day be possible. 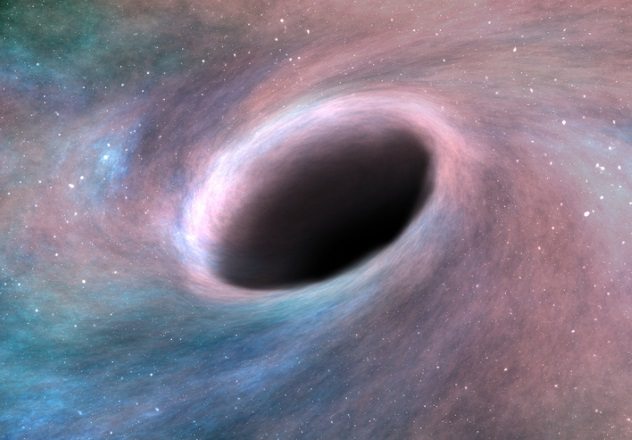 Black Holes are areas in the universe with such strong gravity that not even light escapes. This could have been caused by a supernova or possibly the collision of stars. Physicists believe that anything that goes into a black hole would never escape. Their gravity is so strong that even time gets slowed down.[3] For time travel to work with a black hole, you would need to orbit around it and not get sucked into its event horizon.

Since the gravity of the black hole is so great, the time it would take a spaceship to orbit around it would be vastly different than time on Earth. Years would fly by back home. This means that you would be vastly younger than someone the same age as you when you came back to Earth. This, obviously, has never been attempted, but in the future, it may be a way for someone to time travel. 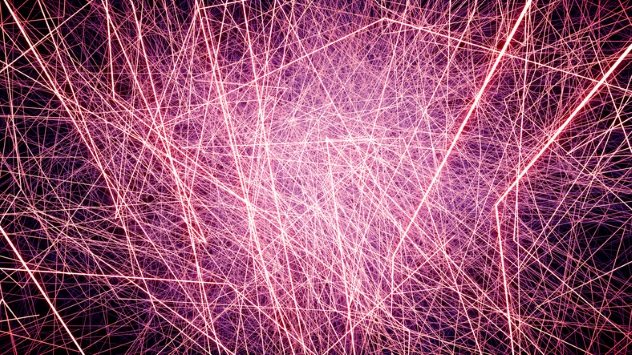 Cosmic strings are narrow tubes of energy that stretch across the universe. They are thought to be remnants of early cosmos and are theorized to contain a huge amount of mass. Thus, they could warp space-time around them. Scientists also believe that these strings are either found in loops or in straight, infinite lines.[4] If these strings are indeed in lines around the universe, there could be a possibility that they could create time travel.

Scientists believe that if two cosmic strings ran parallel to one another, and were close enough together, they could bend space-time. Since this would be such a huge bend, it could make time travel possible. This theory would work similarly to the black hole theory of time travel. 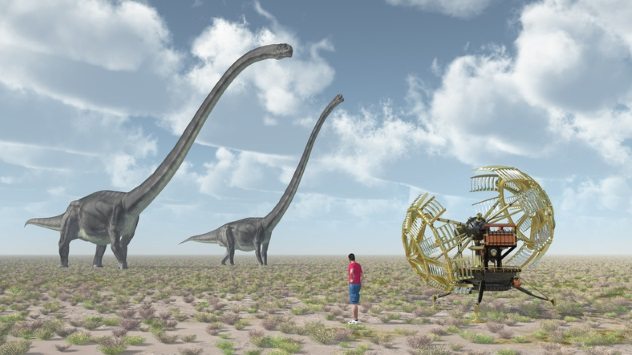 We have seen time machines used in countless movies, and as children, some of us even imagined that one day, we would get to go inside a time machine and travel anywhere in the past or the future. Even though time machines do not exist, at least yet, the theories about how a time machine could allow someone to travel through time are fascinating.

Scientists believe that for a time machine to work, matter with negative energy density would be required. Such matter would do weird things like move in the opposite direction of regular matter when pushed. The issue is that if this matter did exist, there wouldn’t be enough of it for a time machine.[5] There are more theories out there on how a time machine could work, but this one is the most prominent.

5 Traveling Faster Than the Speed Of Light 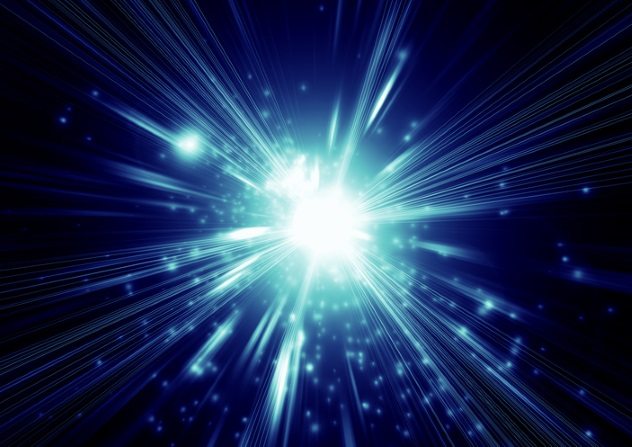 This theory comes from Superman himself, sort of. In Superman (1978), Superman turns back time by flying so fast that the Earth’s rotation reverses. Of course, that’s ridiculous, so some have floated the explanation that Superman actually went back in time by traveling faster than the speed of light. How would that work? The speed of light is the fastest anything can go, as far as we know. If something travels faster than the speed of light, the time for the object to reach its destination would come out to a negative number. Thus, theoretically, it would travel back in time.[6] 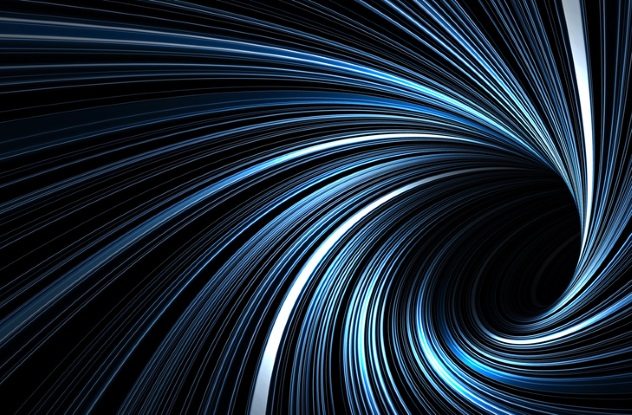 This theory would be nearly impossible to attempt, but it makes for a very interesting idea about just how much mass we would need for time travel. For this theory, we would need to find a piece of matter that is ten times the mass of the Sun. It would then need to be rolled into a very dense, long, and thin cylinder. In our universe, we can find objects ten times the mass of the Sun, but it would be quite difficult to roll one into a long cylinder.

As if this first part wasn’t hard enough, the cylinder would also need to be spinning at as many as a few billion revolutions per minute. If all of these factors were just right, a spaceship following a perfectly precise spiral route around the cylinder could enter a closed time-like curve. This would then allow the spaceship to travel through time.[7]

The movie Interstellar showed time travel in multiple different ways. The characters traveled through a wormhole and orbited around a black hole. This movie also showed how higher dimensions of time could cause time travel to a degree. This would be possible using a tesseract, the four-dimensional analogue to a cube.[8] Tesseracts can be projected into two- and three-dimensional shapes.

For time travel to work, a tesseract would have to have more than three dimensions. When a vessel enters the tesseract, it would represent time as a dimension of space. This would create different levels of time that the vessel can then travel to, which is seen in Interstellar. Now this is a completely fictional theory, but we never know what the future might hold. 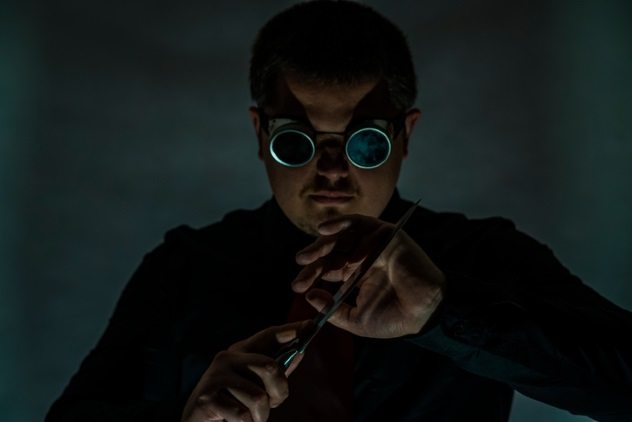 This theory is less about time travel and more about erasing yourself from existence altogether. If someone was able to travel to the past, it could cause a lot of harm to their future. Take the grandfather paradox, for example. Suppose you invent and build a time machine. Then, you travel back in time and meet your grandfather before he’s had any children. Then, for reasons unspecified, you kill him. Now, you would never have been born, and the time machine that got you back to the good old days was never built.[9]

In many shows and movies, we have seen evil traveling back to the past to try and kill someone before they could do good in the future. This occurs in the movie The Terminator. As fascinating as time travel is, it would have a lot of repercussions if it were possible.

1 Have We Already Seen Time Travelers?

There are many theories out there about people who may be time travelers. There are many bizarre stories that have some people convinced that others have already mastered the art of time travel, and they are living among us. One of the most famous cases of this was in one of Charlie Chaplin’s movies, The Circus. People have claimed that you can see a passerby talking on a cell phone. This movie came out in 1928, before cell phones were invented. The movie is in black and white, and the image is a bit blurry, but it is easy to see why people believe it is indeed a cell phone.[10]

Another recent conspiracy theory is that the creator of The Simpsons is a time traveler. There have been many episodes where the future has been accurately predicted. The Simpsons has successfully predicted events, such as Donald Trump becoming president and the year the Chicago Cubs would win the World Series. Predictions like this have raised suspicions from some viewers that there may be time travel in play.

Read about more bizarre theories on 10 Mind-Bending Theoretical Dimensions In Space And Time and 10 Weird Yet Plausible Theories About Things You Never Questioned.