As the Netflix Stranger Things series is set to enter its third season next year, the Internet is full of theories and possible explanations for the show. With its huge following, it’s no wonder many viewers take to the web to share their ideas on the inner workings of the Upside Down, the characters’ purposes, and why the creators did what they did in any given scene. Stranger Things was created by identical twins the Duffer Brothers, who also serve as executive producers and are huge sci-fi fans themselves.[1] The series has an interesting cast as well. Winona Ryder plays Joyce Byers, Sean Astin plays Bob Newby, and David Harbour plays Jim Hopper—just to name a few.

Season Three was originally scheduled to begin airing in October 2018, but it now looks like this will not happen until the summer of 2019, prompting a buzz of speculation regarding the show to begin circulating the web again. Here is a look at ten of the most interesting theories or explanations currently making their way around our virtual world. 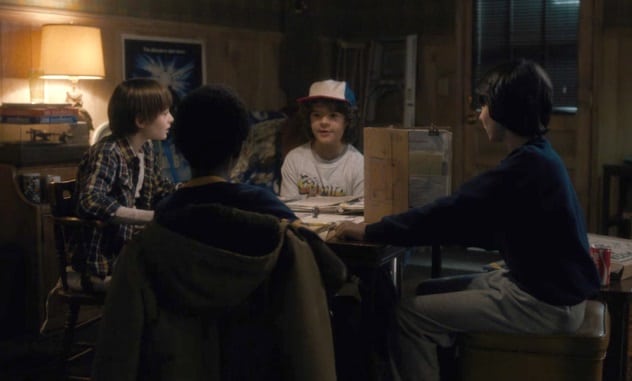 One theory is that the whole thing is all just a game. In the very first episode, viewers see some foreshadowing for this theory. Mike, played by Finn Wolfhard, begs his mom to let him finish his latest Dungeons & Dragons (D&D) campaign. Fans theorize that what viewers see from here on is actually Mike and his friends playing out their latest D&D campaign.[2]

Dungeons & Dragons is a fantasy role-playing game where players guide their characters through various magical adventures and quests. Viewers will notice that the game lingo is used frequently in Seasons One and Two. The series features the Demogorgon and the Mind Flayer, which are both associated with Dungeons & Dragons. And what might be the best piece of evidence to support this theory is during the D&D game, Will Byers, played by Noah Schnapp, encounters the Demogorgon for the first time, which is exactly what is happening in the show when he vanishes to the Upside Down.

Thus, it all comes from the pretend, make-believe world these boys create in their imaginations. 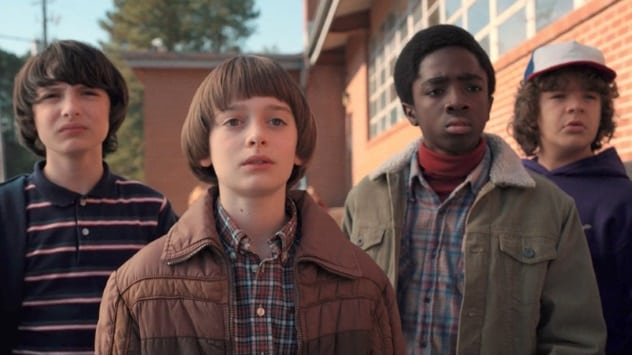 Another theory suggests Stranger Things exists in Stephen King’s universe. The weirdness of the series isn’t all that different from the weirdness that occurs in many of King’s novels.[3]

Have you ever noticed how the title for the series and the titles of King’s novels appear to be the same or a very similar font? Does Eleven remind you of a character in one of King’s novels, perhaps Carrie or, better yet, Charlie from Firestarter? Also, several of King’s stories revolve around four friends, all male (The Body and Dreamcatcher, for example), which sure does resemble the four friends from the series. The Mist also reminds viewers of the Upside Down mainly because they both seem to stem from government experiments gone awry that resulted in the opening of another realm that invades our world, and the fuzzy appearances of each setting are strikingly alike. 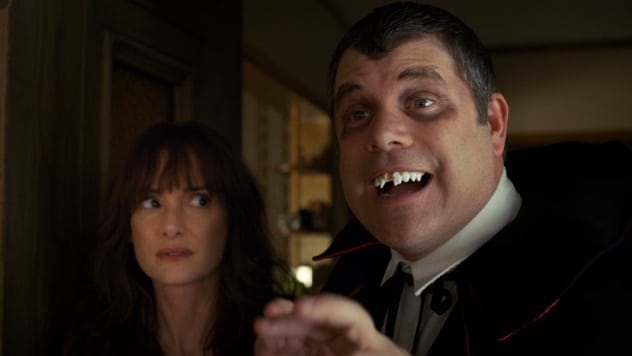 This next theory is a bit of a stretch.

Fans hypothesize that Bob Newby is a vampire, and according to this theory (spoiler alert), they say he isn’t really dead.[4] He is actually a head vampire who wants darkness to prevail so that he can freely walk the Earth. This notion kind of has a has a Lost Boys feel to it. Close one eye and squint real hard, and Bob does sort of resemble Max from The Lost Boys.

Fans also suggest that Bob dressing up as a vampire for Halloween is a hint to his true identity.

I’m just not sure I can buy into this one—what about you? 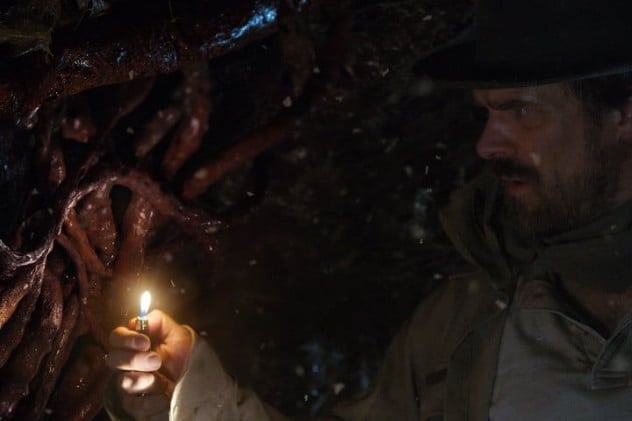 The next fan theory we will explore is the one that proposes that the monsters of the Upside Down are fungi.[5] This explains how the Upside Down is able to spread at such a rapid pace, since fungi are among the fastest-spreading organisms to populate the globe, and they feed on death and decay, much like the monsters of Stranger Things.

Additional support of this particular theory is that the monsters share a hive-like mind and are a small piece of a whole. We see this behavior, as the monsters in the Upside Down are all drawn to a certain location in an attempt to destroy them. Said monsters also recoil from excessive heat, as we see when they attempt to sweat the evil out of Will. Fungi are also heat-sensitive.

6 Hopper’s Daughter Was Also Experimented On 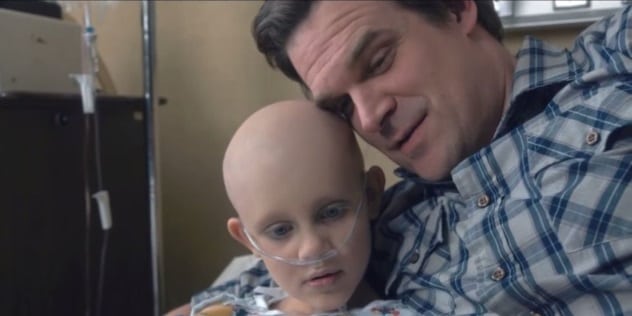 This is an interesting theory that could possibly make sense if you pause and consider some of the unknown factors that revolve around Officer Jim Hopper and the death of his daughter.

Early in the series, we learn that Hopper lost his daughter, who presumably passed away due to cancer. Speculation around this theory implies perhaps she is not actually dead but somehow involved in the same experiment that Eleven was.[6] We must assume, since our heroine is called Eleven, that there was once a one through ten. In fact, we know this is most likely true because we meet Eight in Season Two. Could Hopper’s daughter somehow have been one of the remaining, unknown nine? Furthermore, if Hopper’s daughter was really part of the same experiments as Eleven, could she in some way still be in the Upside Down? 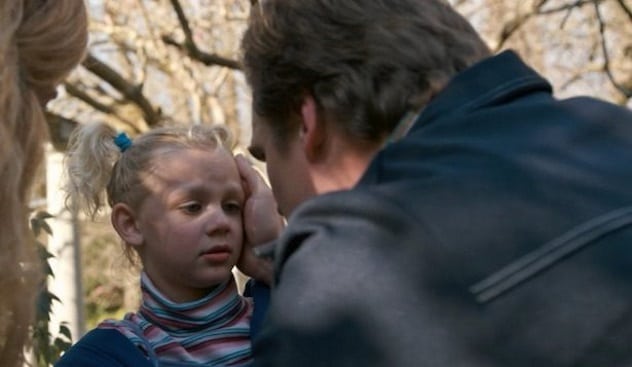 This theory does have some holes in it. For example, would Hopper not recognize her as his daughter Sara? It has been theorized that the lab that did the experiments on Eleven and other children could have manipulated Hopper’s memory, stole his daughter, and implanted the idea that she had died of cancer when the lab actually stole her to take part in their experiments.

Another tidbit to go along with this theory is the fact that even though we’ve met Eleven’s mother, the audience does not yet know the identity of her biological father. However, at least some of this theory is partially true. Hopper is able to adopt Eleven toward the end of Season Two. So, essentially, she is his daughter.[7]

4 The Upside Down Is Eleven’s Dreams 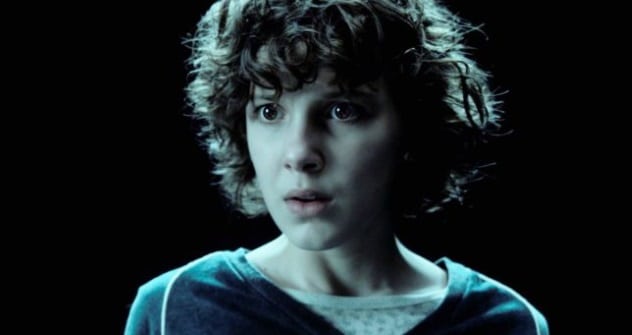 This theory definitely holds water. Fans suggest the Upside Down doesn’t really exist at all—except in Eleven’s head. This idea comes from various sources as well.

Could her childhood traumas—whatever they may be—be so severe that she has retreated to a world created in her own head as a way to escape what is really happening to her? Unfortunately, the abuse is so bad that even in her make-believe world, things are horrific.[8] This could make sense because Eleven is the one who has most of the power in this scenario.

3 Eleven Is The Monster 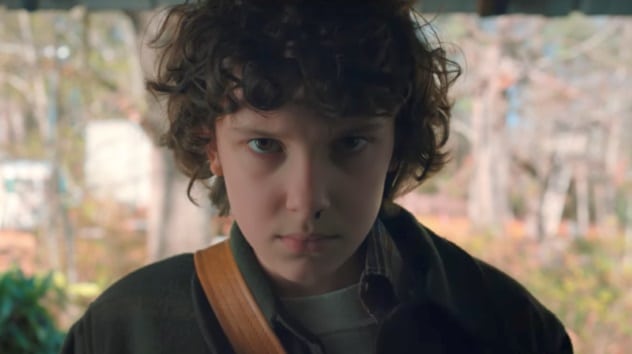 Could Eleven really be the monster? She said it herself in the finale.[9]

Another aspect of this theory is supported by the monster resembling the Demogorgon from the Dungeons & Dragons game previously mentioned. According to the game, the Demogorgon is a two-headed creature that is in constant battle with itself. This suggests that while neither like one another, they need each other to survive. We kind of see this play out in the Season Two finale. At first, it appears that Eleven defeats the monster and is able to close the gate between the two worlds, but in the next clip, we see the Upside Down is actually still there.

Eleven and the monster are most definitely connected, but are they the one and the same?

2 Bob Is From Derry, Maine 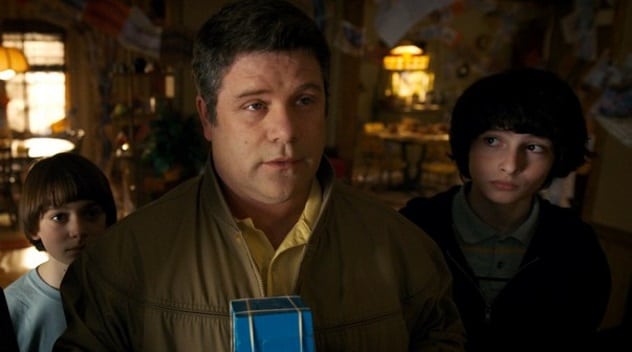 This may just be one of the best theories out there and yet another Stephen King reference.

In an earlier episode, Bob Newby makes a reference to a childhood fear he had when talking to Will. He tells him he was afraid of clowns but eventually defeated that fear. Does this plotline sound familiar? You guessed it, this is strikingly similar to Pennywise from IT. The state of Maine is often the setting for many of King’s novels. Bob mentions being from Maine and even suggests that Joyce and the boys relocate to the state with him. Furthermore, the timeline seems to fit. Bob would have been a young boy in the 1950s as Pennywise wreaked havoc on the youth of Derry, Maine. It’s safe to assume that in the 1980s, he is a grown man living in Hawkins, Indiana.[10]

On a side note, the actor who plays Mike also stars in 2017’s IT remake. He even utters the very same line in both the series and the movie: “Holy sh—t, what happened to you?” 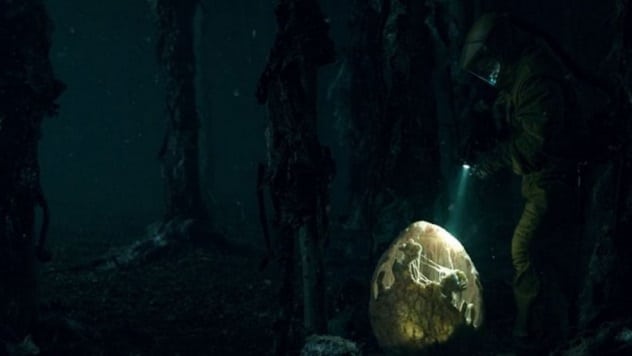 Of course there would be a fan theory that goes this route.

Remember when Joyce and Hopper are making their way through the Upside Down looking for Will? At one point, they pass an infamous, yellow, leathery, vein-outlined, egg-shaped, web-covered item. It appears to be a large hatched egg of some sort and bears a vague resemblance to the eggs seen in the Alien movies.[11] Perchance, is the egg seen in Stranger Things a distant cousin to those Ripley encounters in the Alien franchise?

Stranger Things has yet to enlighten audience members on much of anything related to that egg. At one point, we do see the Demogorgon interacting with an egg just before Eleven makes a psychic connection with the beast. Fans wonder if the monster is eating the egg or if the monster laid the egg. Either way, it won’t be until the new season is finally released that we may or may not get any answers as to what the egg’s purpose is.