Death by one’s own hand is a tragedy that nearly everyone has been touched by. Depression, guilt, fear, these emotions can eat away at the soul until you can no longer take it and death seems like the only way out. Sadly, for some, it is.

What happens, however, when a suicide is actually a murder most foul? Murders that were—for reasons from laziness to bribery to full on political conspiracy—ruled suicides when they weren’t? In many cases, suicides they legally remain, despite every shred of evidence pointing to an outside hand, a dirty deed carried out by a monster in human skin.

Let’s take a look at 5 cases of suicide that were almost certainly murders.

5 The Death Of Rebecca Zahau 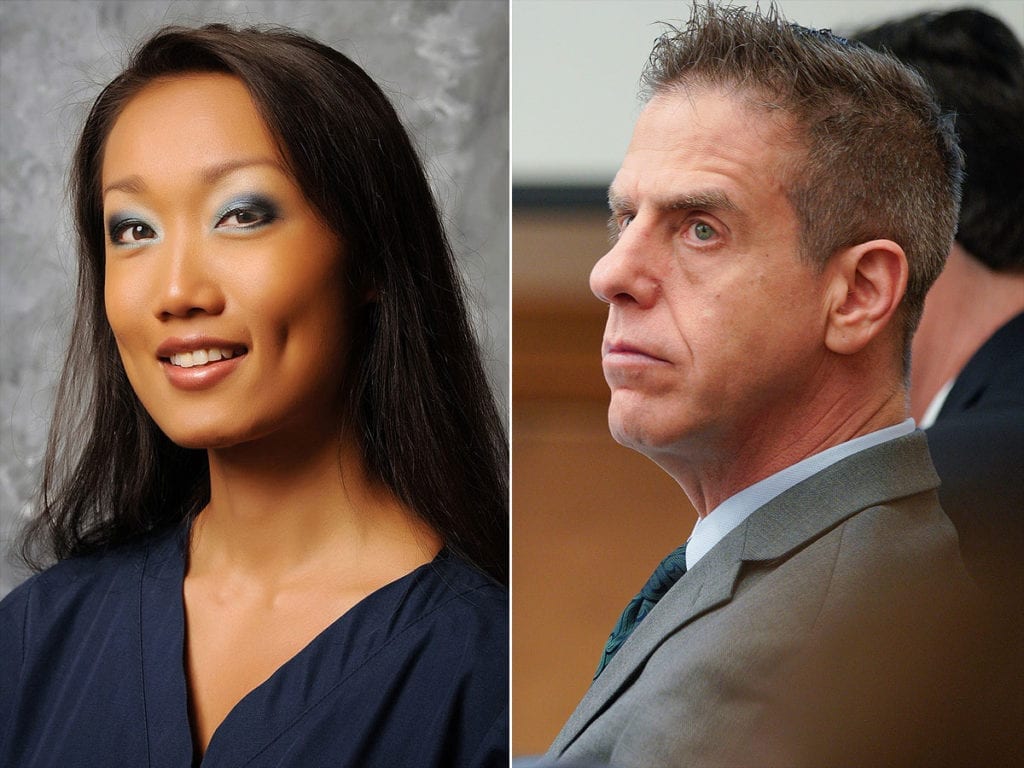 In mid July of 2011, Rebecca Zahau suffered a tragedy. Her boyfriend’s 6-year-old son, Max, reportedly fell from the second floor staircase railing of the couple’s summer mansion, cracking his spinal column and causing severe brain damage. Within two days of the fall, Rebecca would be found dead.

According to official reports, Rebecca was found hanging by the neck from a second floor balcony in the backyard of the mansion. The police ruled it a suicide, which, if you knew only that she had died of hanging, would seem likely. However, the rest of the evidence calls this so heavily into question that it seems like it must be a cover-up for something far darker.

Firstly, the state of Zahau’s body at the time of discovery is not typical of a suicide or, to my knowledge, even possible. Zahau was found naked, hands bound behind her back, ankles bound, and gagged with a t-shirt. Some report also indicate the presence of tape residue on her skin, and a message scrawled in paint on one of the doors of the house read “She saved him, can he save her” in handwriting confirmed not to match samples provided from Zahau.

Finally, and perhaps most damming, an autopsy revealed no less than 4 blunt force injuries to Zahau’s skull, from different angles and to varying degrees of severity.

By the way, Rebecca’s boyfriend (and father of the dead boy) is multi-millionaire Medicis Pharmaceutical CEO Jonah Shacknai. In 2018 a jury found his brother Adam “liable” for her death with a penalty cost of over five million dollars. Criminally, however, this case is still considered a suicide.[1]

4 The Death Of Ellen Greenburg 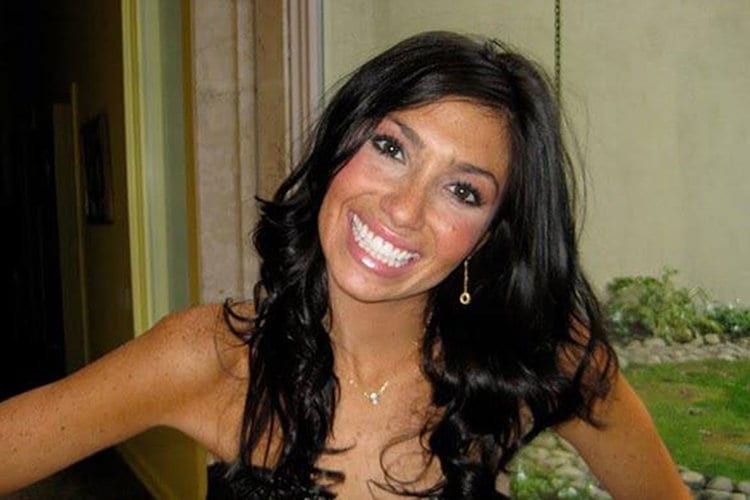 On January 26th, 2011, Philadelphia schoolteacher Ellen Greenburg was allowed to leave work early due to bad weather. She stopped at a local gas station and filled up the tank of her car, then went home to her apartment and locked the door.

That was the last anyone saw of her alive; when her fiancé returned home from the gym that night and forced open the locked door, he found her dead in the kitchen, a serrated knife plunged into her chest and 20 stab wounds marking her body.

The cops were called, her body transported to the coroners office, and the death marked “homicide”…but only briefly, as the coroner, with no explanation, reversed this ruling and marked her a suicide instead. This highly unusual decision was questioned, but not overturned, and so into the suicide folder Ellen went.

Her family, however, was not happy with this ruling, and right they were to be skeptical. The autopsy, upon review, showed that Ellen was covered in bruises in various states of healing, and that 10 of the 20 stab wounds she suffered were to the back, at angles she most likely could not have inflicted herself. There were also stab wounds to the neck, chest, and belly, as well as a serious gash to the scalp.

Though the family continues, nearly a decade later, to fight for recognition of her death as a homicide, Ellen’s tragic death remains categorized as self inflicted.[2] 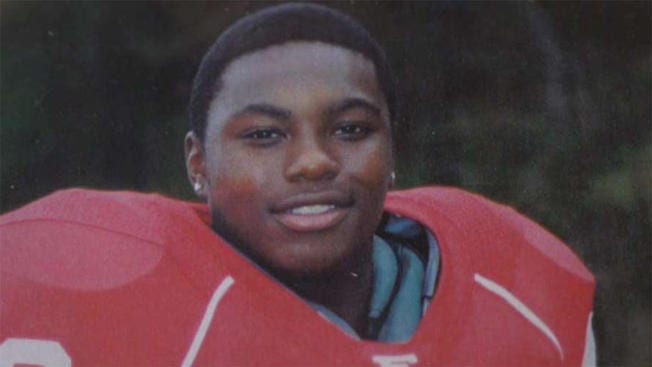 Johmeik Simmons was the light of his mother’s life. A star football player, intelligent, having just beaten cancer and with a bright future ahead of him, Johmeik had the world in his pocket. Until, that is, November of 2016, when his life was ended by a bullet to the head in front of two other teens in his living room.

The County took the body away, did a thorough investigation, and then ruled his death a suicide, positing that the boy was under such stress from the cancer and treatments that he ended it all.

This statement falls apart when the evidence the office itself collected is considered.

The two other boys at the house that night were taken in, questioned, and, as is protocol, swabbed…where they were found to have gun oil on their hands, and one was found to have gunshot residue consistent with having fired a gun. Speaking of the gun, when it was recovered and tested, prints and DNA from at least 3 sources were found on pretty much every part, presumably including the trigger.

In addition, the angle of the entry wound could not, according to an independent expert hired to consult on the case, have been self inflicted.

Although the county stands firmly by the ruing of suicide, Simmons’s mother remains convinced, and determined to prove, that this was a murder.[3]

2 The Death of Christian Andreacchio 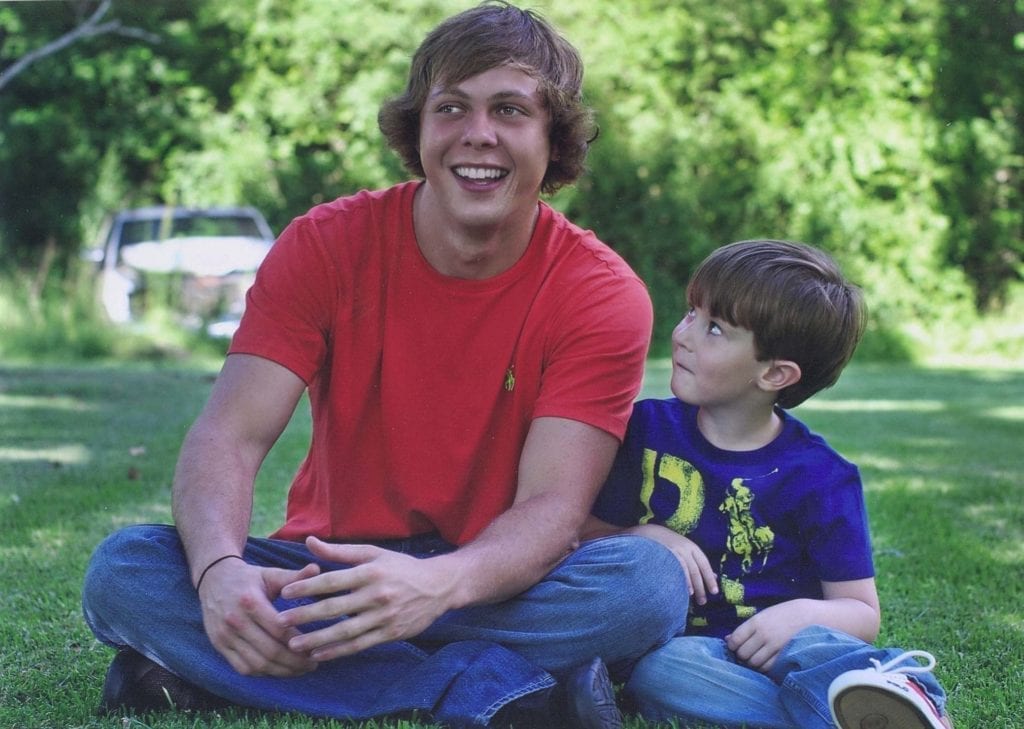 Like Johmeik, Christian was a bright boy with an even brighter future. With plans to become a boat captain, Christian had a plan, and was ready to follow it…a plan that was permanently derailed when he was found kneeling, slumped over the side of his bathtub, a bullet in his brain, in February of 2014.

Within 45 minutes, the cops on the scene had declared his death a suicide and had his body removed. They did this, as with the rest of the people on this list, in spite of all the evidence that this was the work of an outsider.

For one, like Johmeik, Christian had been with two others at the time of his death. In fact, his case eerily echoes Johmeik in many respects, from the ‘friends’ present at the scene with gunshot residue on their hands, to the inherent wrongness of the wound placements and spatter evidence. The gun was also found by Christian’s left thigh, which is strange, because Christian was right handed. The gun was also reportedly uncocked, and had a live round in the chamber.

The similarities extend all the way down to the current handling of the case, wherein the county medical examiner states that he still believes it to be a suicide, in spite of any and all evidence to the contrary.[4]

1 The Death of Jeffrey Epstein

I know, I know, this one definitely falls under the category of a conspiracy theory. You have to admit, however, that the evidence is pretty damning. On August 10th, 2019, Jeffrey Epstein was found dead in his cell, with the official cause of death being almost immediately ruled a suicide by hanging. Case closed, and good riddance, right? Well, yes and no. Yes to good riddance, but case closed? Hardly.

Let’s start with the fact that Epstein was under something called “eyeball watch”, which is a situation in jails where a prisoner considered to be at risk of suicide is monitored 24/7 by guards stationed nearby. Although they originally found this a necessary measure, the prison claims that Epstein was later removed from watch and left not only unmonitored, but unguarded as well, with no one bothering to check in on him for days at a time.

Secondly, an autopsy found that Epstein’s hyoid bone (a small bone in the neck that anchors many of the muscles) was fractured, an injury found mostly in manual strangulation cases…in other words, murders.

It’s also important to note that just prior to his death, Epstein’s cellmate was abruptly transferred to another block, leaving Epstein alone…and without a witness.

We may never know exactly what happened in the cell, as official reports and investigations have been shown to ignore details in the death of a powerful monster, with powerful friends.

In my opinion, however? This is our best example of a murder ignored.[5]

10 Everyday Products That Are Made With Slave Labor

10 People Who Mysteriously Vanished From Their Workplace