The Nobel Prize is rich with scandal. The prestigious awards are known to divide opinion, and the winners list is often clouded in controversy. This year has been no different. The latest set of Nobel laureates, announced in October, has been mired in accusations of genocide denial, sexual abuse and Eurocentric bias.

Listverse writers Gregory Myers and Tiffany Howard have both covered strange Nobel Prize moments before, but every year brings a fresh batch of controversy. Founded in 1895, the Nobel Prize has no paucity of shocking secrets and despot laureates. Previous winners include an apologist for ethnic cleansing, a prominent eugenicist and an LSD-addled biochemist with a love of astrology and alien encounters. From Soviet repression to sexual assault, here are ten shocking facts about the Nobel Prize. 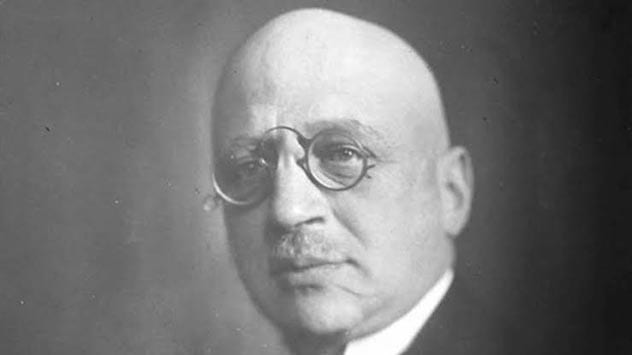 Fritz Haber is among the most controversial Nobel Prize recipients. Some view him as a brilliant chemist who revolutionized the production of ammonia. Others see him as the vile figure who oversaw Germany’s program of chemical warfare during World War I.

Haber was born to a Jewish family in the Prussian city of Breslau, now part of western Poland. Around the turn of the twentieth century, he and his colleague Carl Bosch developed an innovative method to synthesize ammonia gas. Ammonia is a vital component for producing fertilizer, and the Haber-Bosch process is still widely used in agriculture. Around half of the global food supply depends on Haber’s brilliant method. The process has saved billions of people from starvation. For this remarkable achievement, Haber was awarded the Nobel Prize in 1918. Bosch received his in 1931.

When the First World War broke out, Haber devoted his research to developing chemical weapons for the German army. As head of the Chemistry Section at the German Ministry of War, he spearheaded the use of chlorine gas in trench warfare, earning him the unenviable title of “father of chemical warfare”. Chlorine gas is a ruthless weapon, designed to slaughter enemy troops without mercy. The gas creeps over no-mans-land, pushed on by the wind, before sinking down into the opposing trench and suffocating those inside. In total it is estimated that over a million WWI soldiers lost their lives to chemical gas attacks. Haber also demonstrated how ammonia could be oxidized to produce nitric acid, the main compound used to produce explosives.[1] 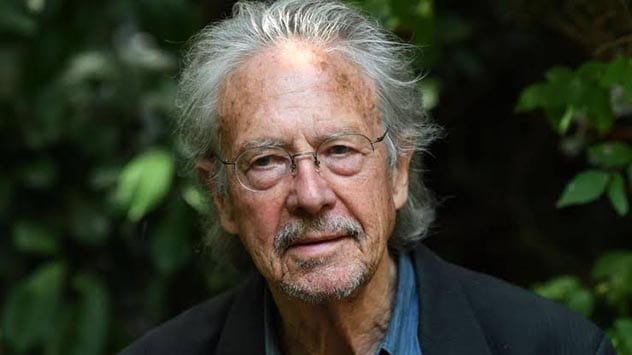 The Nobel Prize in Literature is notorious for dividing opinion. Often the controversy is a matter of literary taste. Readers feel that the chosen laureate was unworthy, or that a more talented writer has been overlooked by the committee.

The outrage over Peter Handke runs deeper than artistic opinion. The Austrian playwright is accused of supporting Miloševic’s genocidal regime during the Bosnian wars. A proud nationalist, Handke has publicly denied the events of the Srebrenica genocide. The ethnic cleansing of Srebrenica is remembered as the largest case of mass murder in Europe since the Second World War. Over 7,000 Bosnian Muslims were brutally massacred in 1995 by Bosnian-Serb forces, an atrocity Handke claims never happened.

Handke is also accused of spreading controversial opinions about the Siege of Sarajevo. Writing in the 1990s, he suggested that the Muslims in Sarajevo were not massacred by Miloševic’s troops; instead they slaughtered themselves and blamed the Serbs to incite further hatred.

Handke’s receipt of the 2019 prize has been met with outrage from writers and activists across the globe. Salman Rushdie, Slavoj Žižek and Jennifer Egan are among those who have condemned the Nobel committee’s decision. Egan, an avid campaigner on human rights, described feeling “dumbfounded by the selection of a writer who has used his public voice to undercut historical truth and offer public succor to perpetrators of genocide… At a moment of rising nationalism, autocratic leadership, and widespread disinformation around the world, the literary community deserves better than this.”[2]

An LSD advocate with passionate beliefs in astrology, Kary Mullis was an unconventional Nobel Prize winner. In 1993, he shared the award with Michael Smith for their landmark discoveries in the field of DNA research. Mullis played a pivotal role in developing the technique known as polymerase chain reaction (PCR). This brilliant invention allows scientists to create millions of duplicates of a DNA molecule. PCR is considered to be one of the most significant breakthroughs of the 20th century, used in everything from fossil analysis to criminal identification.

Mullis was an outlandish, controversial figure who held little regard for academic expectations. Until his death in August 2019, the Californian maverick had a reputation for experimenting with LSD. This affinity for narcotics may explain some of his more unorthodox beliefs. Mullis was highly skeptical of the connection between HIV and Aids, and a staunch advocate of astrology. But perhaps most bizarre of all was his claim to have been abducted by a glowing alien raccoon. Despite his eccentricities, the Nobel committee still considered him worthy of the prestigious accolade.[3]

7 Egas Moniz, Inventor of the Lobotomy 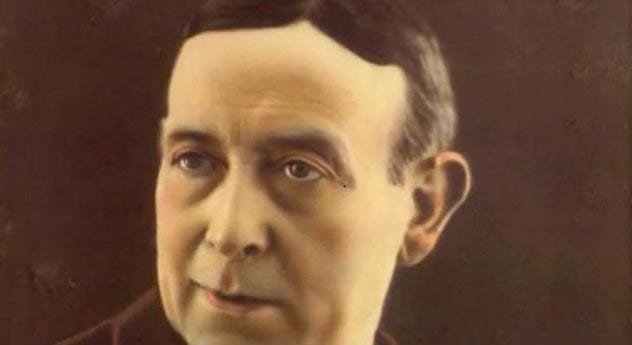 By modern standards, the lobotomy is an obsolete medical practice that feels more like a medieval torture method than a form of psychiatric treatment. However, in the early half of the 20th century, the procedure was celebrated as a state-of-the-art “treatment” for mental illness. In the US around 20,000 people underwent the operation, in which the prefrontal cortex is cut to sever connections in the brain.

Portuguese neurologist Egas Moniz first introduced the technique in the mid-1930s. Following preliminary tests on a group of schizophrenia sufferers, he remarked that it was “simple operation, always safe.” He was soon proven wrong. A number of patients suffered irrevocable personality damage after undergoing the procedure. Some were reduced to listless, childlike beings; a handful fell into a vegetative state. In light of the high-risk side effects, lobotomies are now widely viewed as highly amoral.

Moniz was awarded the Nobel Prize in Physiology or Medicine in 1949 for developing the controversial procedure. At that point very little scientific research had been conducted into lobotomies. The side effects were relatively unknown.

Some historians argue that Moniz’s receipt of the Nobel Prize legitimized the procedure. They believe that the prestigious award helped bolster the popularity of lobotomies. A number of appeals have been made to the Nobel committee to rescind his award, but they refuse to do so. Instead, the committee argues that there is “no reason for indignation at what was done in the 1940s as at that time there were no other alternatives.”[4] 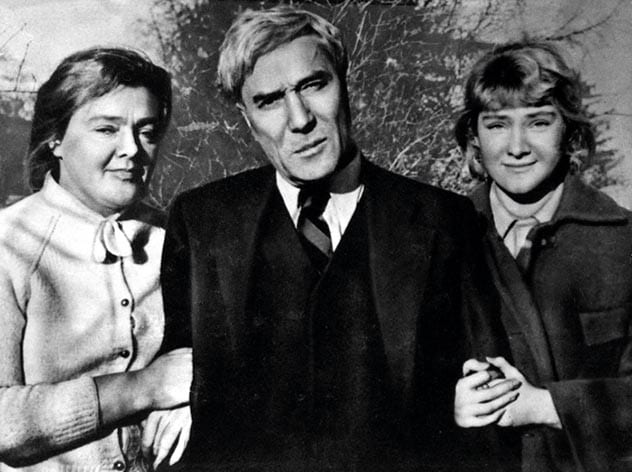 Boris Pasternak, the Russian author behind Doctor Zhivago, was announced as the winner of the 1958 Nobel Prize in Literature. Originally his novel had been rejected by Soviet publishers for spreading “malicious libel of the USSR”, however it soon found popularity outside of the country. The US, who were locked in a battle with Stalin’s government, seized Pasternak’s book as an opportunity for anti-Soviet propaganda. The CIA bought and circulated copies across the globe as a cultural weapon against the socialist state.

While Pasternak was overjoyed at his accolade from the Nobel committee, the Soviet Union took a very different view. Newspaper articles denounced Pasternak as a “literary weed”. The Soviet government, now under the rule of Nikita Khrushchev, pressured his contemporaries into shunning him. When he was threatened with being banished from the USSR if he accepted, Pasternak was forced to turn down the prize.

Aleksandr Solzhenitsyn faced similar repression when he was awarded the 1970 Prize in Literature. The Russian writer, a staunch critic of the Soviet Union, was denied travel to Oslo to receive his award, and expelled for treason four years later.[5] In 2018, Jean-Claude Arnault was hit by a barrage of serious accusations relating to sexual assault and financial misconduct. The 72-year-old, one of Sweden’s leading cultural figures, faced charges of assault, abuse and sexual harassment. Swedish newspaper Dagens Nyheter published accusations from eighteen women against Arnault. Further evidence emerged that he and his wife Katarina, a member of the Swedish Academy board, had leaked the names of several prize winners in advance.

The scandal around Arnault became so severe that the Nobel committee were forced to cancel that year’s literature prize. Prior to the scandal, Arnault had arrogantly boasted of being the unofficial “nineteenth member” of the academy board. He was convicted of rape in October 2018 and is currently serving a two year prison sentence.[6] 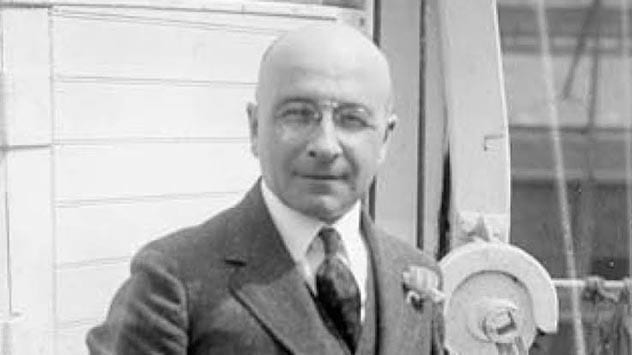 Alexis Carrel was a remarkable biologist. The Frenchman was awarded the Nobel Prize in Physiology or Medicine in 1912 for his groundbreaking research into transplant surgery. Just three years later, in the midst of World War I, he developed an innovative method for treating wounds with antiseptic.

But in the decades that followed, Carrel’s research took a dark and sinister turn. In 1935 Carrel published the book Man, The Unknown in which he explains his support for eugenics. He was of the opinion that women with “desirable” characteristics should focus exclusively on reproducing with “desirable” men, and then mothering their “desirable” children. He also believed that “undesirable” people should discouraged from reproducing, and that criminals deserved to be “humanely and economically disposed of” in gas chambers.[7] 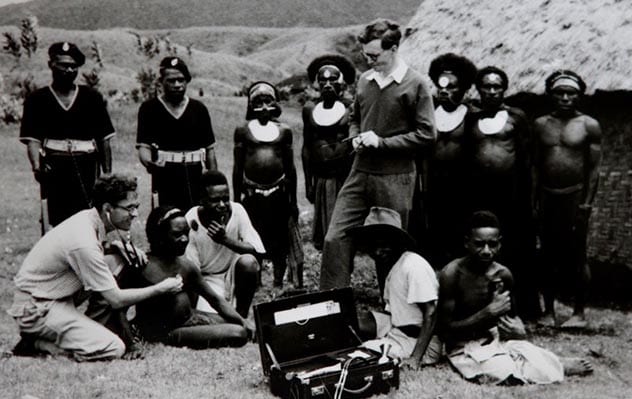 Born in New York, Daniel Carleton Gajdusek shared the 1976 Nobel Prize in Physiology or Medicine for his work into the spread of infectious disease. The esteemed physician was a leading figure in the study of degenerate brain disorders. While researching the Fore tribe in New Guinea, Gajdusek was the first to attribute a local nervous system disease to a ghastly ritual of eating human brains. He was also praised for his bountiful generosity. Gajdusek adopted around fifty impoverished children from the Pacific Islands and personally funded their education in the US.

However in 1997, Gajdusek’s cherished reputation crashed suddenly to Earth. The Nobel Prize-winning physician faced allegations of sexually abusing underage boys. Two of the students sponsored by Gajdusek, a young man from Micronesia and another too young to be identified, claimed they were assaulted while in the researcher’s care. When brought to trial, Gajdusek pleaded guilty to abuse and molestation, and was imprisoned for a year.[8] 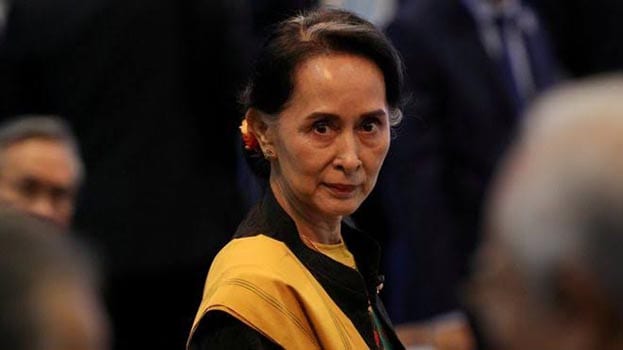 The Nobel Peace Prize has a long history of controversial recipients: Henry Kissinger, Barack Obama, and the European Union to name a few. In recent years, a debate has been sparked around Aung San Suu Kyi—the Myanmar politician who became a Peace Prize laureate in 1991.

In 2018, the United Nations published a damning report detailing some of the atrocities committed by Myanmar’s military. UN investigators found that soldiers are brutally persecuting an ethnic group known as the Rohingya Muslims. Their heinous actions include mass killings and gang rapes. The army’s extreme crackdown on the state of Rakhine has left tens of thousands of Rohingya Muslims dead. A further 700,000 have fled the violence, most of them sheltering as refugees in Bangladesh.

As leader of the Myanmar government, Aung San Suu Kyi has faced criticism for supporting this vicious regime of ethnic cleansing. Nonetheless, the Nobel committee refuses to revoke her prize.[9] 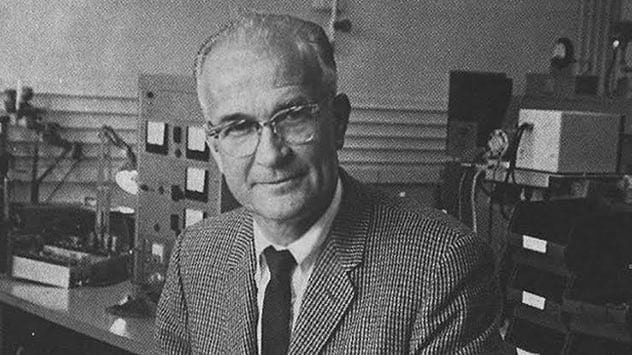 William Shockley revolutionized the world of technology. In 1956, the American physicist set up the first silicon semiconductor laboratory in Mountain View, California, the area now known as Silicon Valley. That same year, Shockley was awarded the Nobel Prize for his role in the invention of the transistor – arguably the most important scientific breakthrough of the last century. Transistors are one of the key components of computers and mobile phones; without them the Internet would be unable to function.

Shockley’s enormous scientific impact is undeniable. But, despite his genius, he was also a fervent white supremacist. In his later years, Shockley was obsessed with the idea of a disparity in IQ between different races and decided to turn his hand to eugenics. Believing white people to be intellectually superior, he proposed that “genetically disadvantaged” (i.e. black) people should be given financial incentives to persuade them to be sterilized.[10]

For more lists like this, check out Top 10 Nobel Laureates Who Are Actually Dropouts, and Top 10 People Robbed of the Nobel Prize