These days it seems that just as one disease outbreak is contained, the next one hits. These outbreaks tend to cause wide-scale panic and disruptions to everyday life. Since the recent flare-up of the coronavirus, hundreds of flights to China have been cancelled. So have many flights between Mauritius and Hong Kong.

To try and prevent the disease from spreading, compulsory isolation periods were put in place and over 6000 passengers were not allowed to disembark from a cruise-liner because one person showed symptoms. And as if the medical community don’t have enough to deal with, several conspiracy theories are doing the rounds too. This seems to be the case with most contagious disease outbreaks. 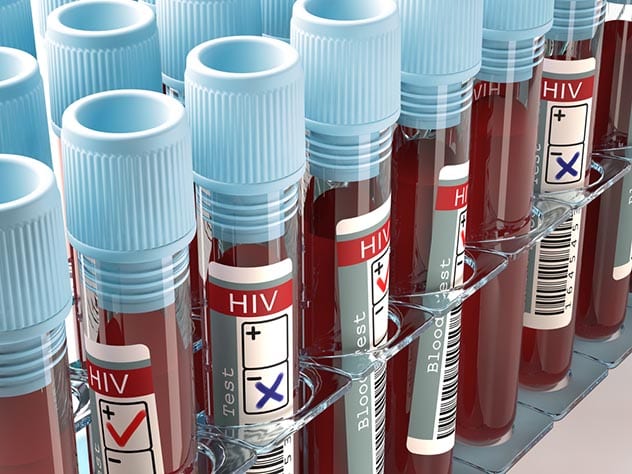 The HIV virus epidemic is probably one of the scariest on record. At the time, doctors had no idea what they were dealing with, how the disease was spreading or how to treat it. To date more than 32 million people are living with HIV or AIDS with no cure in sight.
Conspiracy theories were spread far and wide, despite enormous efforts to educate the world about the facts of the disease.

A door-to-door survey conducted in California in 1999 showed that around 27% of respondents believed that HIV/AIDS was manufactured by the federal government as a weapon against black people. A telephonic survey in the US in 2005 found that over 20% of respondents still believed that AIDS was ‘created as a way to get rid of black citizens’.

In 2004, 55% of Latin Americans were convinced that the US government already had an HIV vaccine that they refused to release to the public.

From 1999 to 2008, HIV/AIDS was earnestly denied by Thabo Mbeki, president of South Africa. Instead of providing the necessary antiretrovirals to treat the disease, he appointed a health minister who promoted herbal remedies such as potatoes and beetroot. This indirectly led to the deaths of over 360 000 people who had the HIV virus and didn’t receive proper treatment.[1] 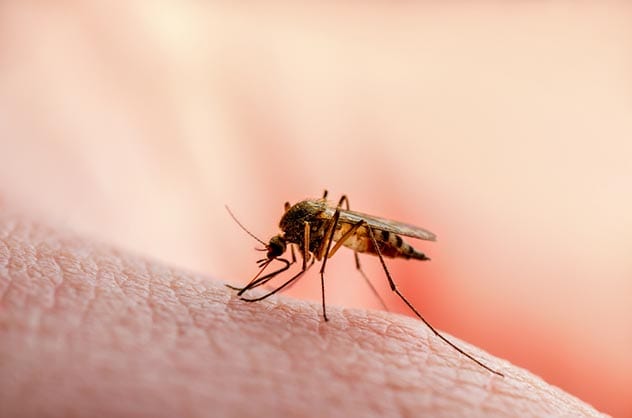 In 2019, a malaria outbreak in Burundi caused the deaths of nearly as many people as the Ebola virus in the DRC. The outbreak affected just about half of the country’s entire population and around 1,800 people died of the disease between January and July. Overall, around six million cases of malaria were recorded during that time. According to an official who wished to remain unnamed, the Burundi government refused to declare a state of emergency as the country was less than a year away from presidential elections and the president didn’t want citizens thinking his health policy was a failure.

As if that isn’t terrible enough, there are several conspiracy theories about malaria treatment efforts. For instance, when the Ghana Health Service announced in 2019 that they would bring the malaria vaccine into the country, rumors were immediately started that the vaccine was not going to cure malaria, but instead kill thousands of people in a bid to reduce population numbers in Africa. 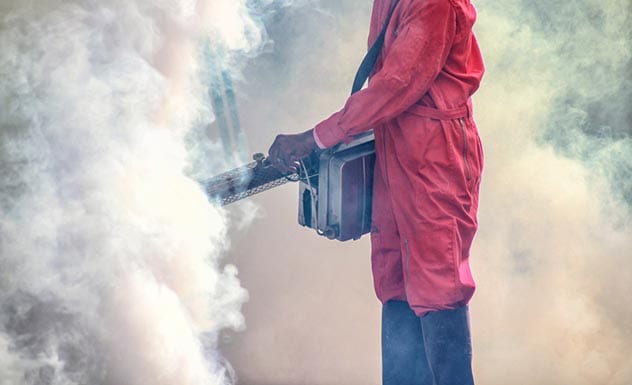 In 2019 dengue fever broke out in several African and Middle Eastern countries with the Ivory Coast (Côte d’Ivoire) and Réunion reporting that they were experiencing their highest infection rate yet.

Scientists have been trying to fight dengue fever with the help of Wolbachia, which stops the virus from reproducing inside mosquitoes. Since the major carrier of dengue, Aedes aegypti, is not naturally infected by Wolbachia, scientists are infecting these mosquitoes on purpose in order to pass the germ on to future generations.

Despite this massive effort to stop dengue fever outbreaks, the conspiracy theories surrounding Wolbachia remain. The main theory is that instead of working to fight outbreaks of dengue fever, Wolbachia is creating more problems by enhancing the chance of viral infection in humans. Another strange theory is that Bill Gates is making use of Wolbachia to put a lid on Earth’s population numbers.[2] 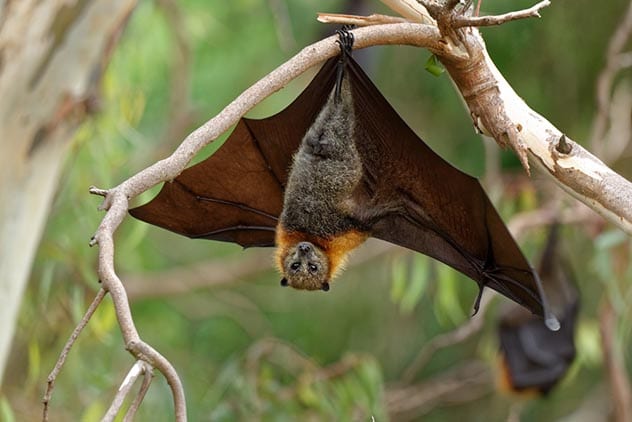 Nipah virus infection is caused by being exposed to infected animals such as pigs, or eating fruits that bats got to first. It can also spread from person to person. Symptoms of the virus includes fever, headache and difficulty breathing. Complications of the virus could lead to seizures and inflammation of the brain.

In 2018, a Nipah virus outbreak in Kerala claimed 17 lives. It was traced to fruit bats and confirmed to be contained on 10 June 2018. A new case was reported in Kochi on 4 June 2019, but the person recovered, and no new cases have been reported since. However, two conspiracy theorists got themselves arrested in June 2019 when they started spouting rumors that the virus was a ‘hoax’ by drug companies to up their sales. They also implied that the government and these companies were ‘in it together’.

Investigators have since focused their attention on others who claimed that scientific findings on fruit bats passing on the Nipah virus were false. These theorists said that people shouldn’t go to hospital if they have symptoms, but instead should simply change their diet and drink more water.[3] 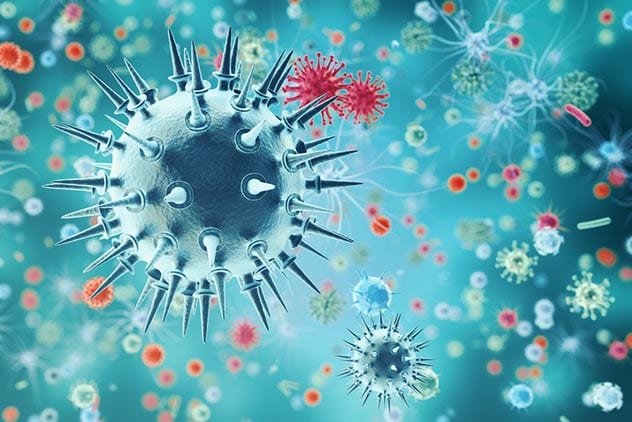 It is estimated that the H1N1 flu virus (swine flu) pandemic of 2009 killed more than 500,000 people worldwide. It primarily affected children as well as young- and middle-aged adults. While the pandemic was declared to be over on 10 August 2010, the virus continues to make the rounds each year as a seasonal flu virus.

Billy Corgan, frontman of the Smashing Pumpkins, stated in October 2009 that while he would admit the H1N1 virus was real, he believed it was created by ‘man’ in order to scare the hell out of ordinary citizens. He revealed that he viewed President Barack Obama’s declaration of a national emergency in a suspicious light, as it was unnecessary and not a true reflection of the situation at that time. He also said that he would be skipping any form of H1N1 immunisation as he didn’t trust anyone who made vaccines.

Another conspiracy theory has it that the World Health Organization was conspiring with drug companies to create a ‘swine flu hoax’ to fuel worldwide panic.[4] 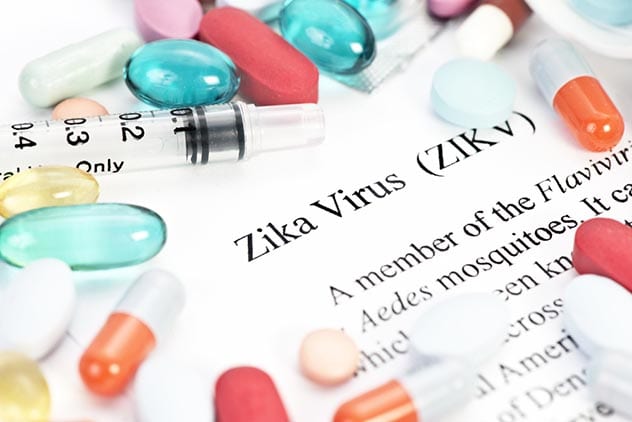 In 2015, the Zika virus was detected in Brazil. Zika fever caused by the virus soon spread to South and North America as well as Southeast Asia and islands in the Pacific. The epidemic ended in November 2016. During the outbreak, concern grew over the Zika virus causing severe birth defects such as babies born with abnormally small heads. This meant pregnant women with the virus could pass it on to their fetuses.

The virus, spread mainly by the same mosquito species that causes dengue fever, can also be spread through sexual intercourse. Many countries issued travel warnings and some even advised women to delay their pregnancy plans. There is still no vaccine or specific treatment for the Zika virus, but symptoms can be treated with over the counter medicine and lots of rest and fluids.

Conspiracy theories about this virus outbreak include that it was caused by either vaccines, weed-killers or Bill Gates. A dangerous theory, which started as a Reddit post, has it that genetically modified mosquitoes are to blame for the Zika outbreak. This is truly misguided as controlling mosquitos is one of the only ways the Zika virus may be kept at bay.[5] 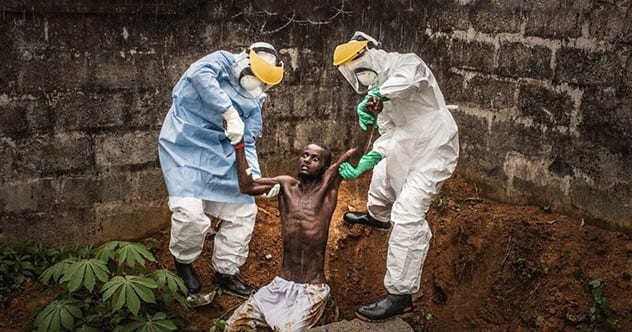 The most widespread Ebola virus outbreak in history took place between 2013 and 2016, with thousands of deaths occurring mainly in Liberia, Sierra Leone and Guinea. The figures are not a hundred percent correct as around 70% of cases were never reported. It is believed that a toddler who died in Guinea in December 2013 was the first to contract the virus.

The Ebola outbreak arguably had the most conspiracy theories getting in the way of medical efforts. Not only was an article published claiming that Ebola was manufactured in the US as some kind of biological weapon to kill millions of people in Africa, even celebrity Chris Brown tweeted that he believed Ebola was a form of population control. Online forums accused federal Centers for Disease Control and Prevention of “having exclusive rights” to the virus in order to make millions from a vaccine they had ready and waiting.

Another theory states that Obama sent US medical teams to Africa, regardless of the risk to their lives, because he felt guilty over slavery.

The theory that the New World Order manufacturing the virus so it could enforce travel bans and practise military control is also popular. 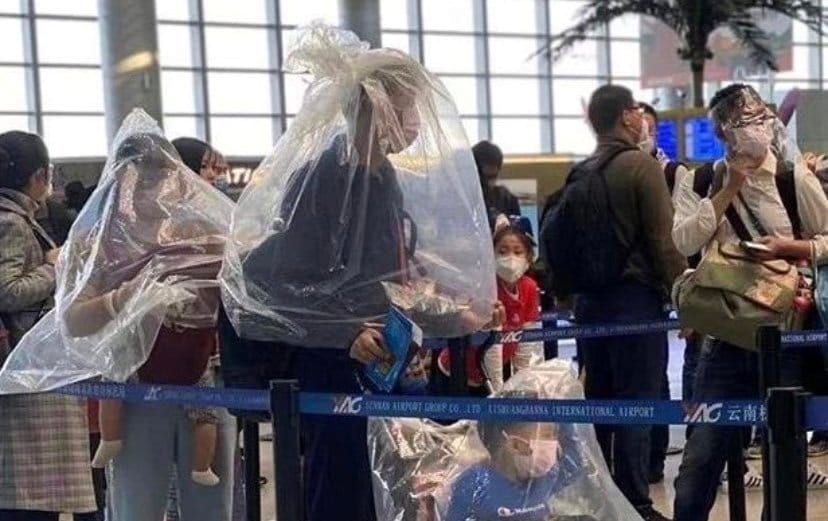 The Wuhan coronavirus at the time of writing has caused the deaths of 563 people. The number of those infected stands at 28,256 with the outbreak showing no signs of slowing down. It was reported a short while ago that two newborn infants had been infected with the virus, which suggests the virus may be passed on to unborn babies.

Conspiracy theories on the coronavirus outbreak are all over the internet. Google, Twitter and Facebook are said to be taking steps to prevent fake news from spreading across their platforms.

While several scientists believe that bats may be to blame for the spread of the virus, the victims of this disease did not become infected after eating bat soup as some conspiracy theorists are trying to convince people. This misinformation seems to have spread after footage of a Chinese woman eating soup with a bat in it was circulated on social media. However, the footage is not of someone infecting themselves with the coronavirus, but instead of a travel blogger eating at a restaurant in Palau in 2016.

Once again, the biological weapon theory appears with theorists stating the virus ‘escaped’ from a secure lab. Others claim that Clorox or Lysol will kill the virus, which it definitely won’t. Neither will keeping your throat moist and drinking vitamin C supplements prevent you from contracting the virus. Some people are suggesting that those who have already been infected should drink bleach while others claim that avoiding ice cream or other milk products will help prevent infection. None of these claims are true, and the only advice and suggestions that should be followed are those provided by health professionals.

And because he has apparently not been blamed for enough disasters, anonymous anti-vaxxers are also spreading the rumor that Bill Gates created the coronavirus.