On Christmas Eve, 1945, a fire ripped through the Sodder family home in the middle of the night. The house was completely destroyed and only four of the nine Sodder children managed to escape—Maurice, 14; Martha, 12; Louis, 9; Jennie, 8; and Betty, 5—were never seen again.

Their parents George and Jennie, alongside their surviving siblings—John, 23; Joe (who was away with the U.S military), 21; Marion, 17; George Jr., 16; and Sylvia, 2—were plagued for the rest of their lives with the mystery of what really happened that night. Did the children die in the fire? Were they murdered or kidnapped?

More than 75 years later, there are still many facts about the disappearance that don’t add up.

10 Strange Occurrences In The Night

The Sodder family home is located in a small Appalachian town, two miles north of Fayetteville, West Virginia. The wooden framed, 7-bedroom house was perfect for businessman George Sodder and his wife, Jennie, to raise their nine children.

On Christmas Eve, five of the Sodder children—Maurice, Martha, Louis, Jennie, and Betty—asked if they could stay up late. Their mother agreed and made the children promise they would lock the door before coming upstairs to bed.

At 12.30 am, Jennie was woken by the sound of the phone ringing. When she answered, an unfamiliar female voice asked for a name she did not know. Jennie heard loud laughter in the background before she told the caller, “You have the wrong number” and hung up. Then as Jennie made her way back to bed, she noticed the door was unlocked and assumed the children had forgotten before they went to bed. She locked the door and went back upstairs. As Jennie began to fall asleep, she heard a loud bang and rolling noise on the roof but thought nothing more of it.[1]

9 Who Tampered With The Ladders and The Trucks? 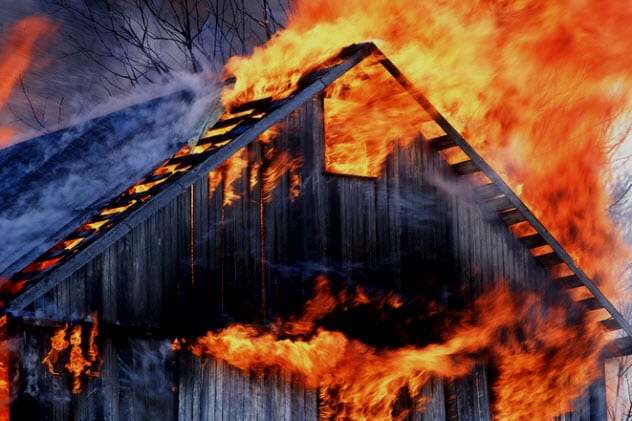 Not long after Jennie had fallen back asleep, the house was filled with smoke. In a panic, George and Jennie fled from the house whilst shouting for the other children to run for safety too.

Once outside, the horrified parents saw the house was now fully up in flames. They were still frantically trying to save their five children who were trapped inside. The room where the children slept was in the attic so George ran to get the ladders and hopefully make an escape route for them via the bedroom window.

However, when George ran to the garage for the ladders he noticed these were missing despite using them only the day before. Later, an investigation found the ladders had been thrown in a ditch.

Forgetting the ladders, George decided to start one of his trucks, drive to the side of the house and use this to climb up to the window. He tried both of his trucks and neither would start—again, they had both worked fine the previous day. George’s arm was also badly cut from smashing the windows in an attempt to save his children, although there was now no hope for their survival.[2]

8 No Help From The Fire Department 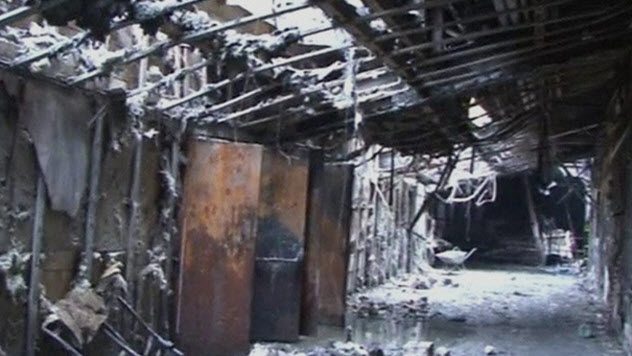 George and Jennie tried to call the fire department but the phone lines were not working. They ran to the neighboring houses for help but within 45 minutes the entire Sodder family home had collapsed.

One neighbor decided to drive and find the fire chief and although the fire department was only 2.5 miles from the Sodder family house, the fire trucks did not respond to the emergency until 8 am—seven hours after the fire had begun. By then, all that remained of the house was ash and debris.

Following a brief search amongst the rubble, the Sodder family had expected to find whole skeletons but only a few bone fragments were recovered. The fire department then postponed the investigation as it was now Christmas Day. It was another heartbreaking moment for George and Jennie who were desperately searching for their children’s remains.

Eerily, when a maintenance worker arrived to the house after the fire, it was discovered the phone lines had been cut rather than burned out in the fire as they originally assumed.[3]

7 The Creepy Predictions Before The Fire 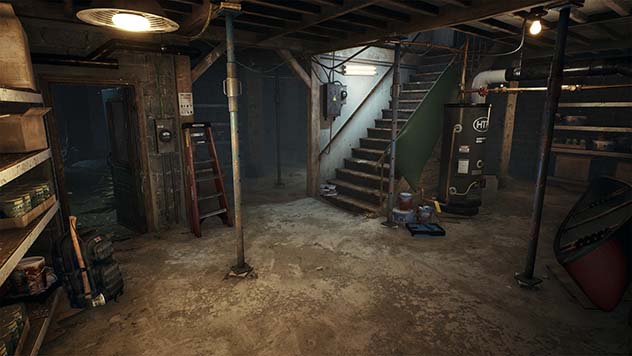 In October, just a couple of months before the fire, a life insurance salesman threatened George that his house “(would go) up in smoke and (his) children (would be) destroyed.” George thought the salesman was angry as he couldn’t make a sale but with the events that followed, it seems this would turn out to be eerily accurate.

Then an electrician visited and warned that the faulty fuse boxes could cause a severe fire. George called the electric company who had just rewired the property and installed a new gas stove to complain. The company reassured George that the house was perfectly safe and the electrician who mentioned the fault was likely looking to charge for extra work. The matter was just brushed off.

Following an inquest from the fire department, it was discovered that the fire had started in one of the basement rooms as a result of faulty wiring from Christmas lights. Strangely, the insurance salesman who threatened George was also one of the jurors during the inquest. The children’s deaths were then declared “accidental”.[4]

6 The Fire Was Not Consistent Enough To Destroy Bones

Jennie was devastated by the loss of her children and she decided to investigate their disappearance independently. She visited a local crematorium to find out if the fire could have destroyed human bone.

Most recently, Dr. Ramzi Amri, a researcher at Harvard Medical School, revealed: “Bones do not exactly melt, it’s more falling apart as they are very solid.” For an entire skeleton to be destroyed in a fire, the temperature is required to burn at more than 850 degrees Fahrenheit (454 degrees Celsius) consistently for 2 hours. The Sodder family home was on fire for 45 minutes as the wooden framed structure and wind speed that night meant the property did not stand a chance.

Considering how long it took for the house to collapse, there should, in theory, still be the skeletons of the five children amongst the debris. Yet, these were never recovered from the site.

10 Harrowing Christmas Accounts That Were Far From Festive 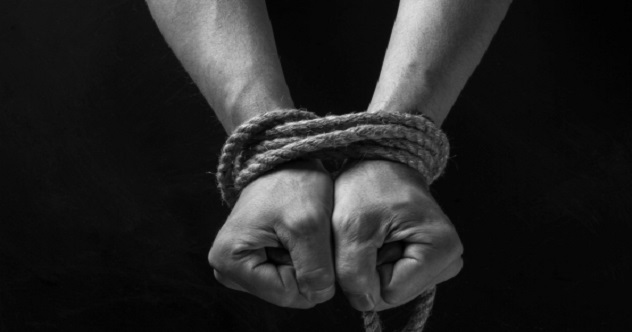 Jennie was then led to believe that her children had been kidnapped. Speaking to The Raleigh Register more than 30 years after the fire, she said, “You can’t tell me five children could burn up in a little old house like that and something wouldn’t be left? No, I’ll never believe it.”

This then led to even more questions. How could five children possibly be kidnapped from their family home in the middle of the night without waking either the parents or the other siblings? Also, surely by now, wouldn’t someone recognize the missing children and alert the authorities?

Even Jennie herself was considered suspicious at one time. “For a while, a rumor was going around that somebody had $75,000 worth of insurance on the children but we didn’t have any insurance,” she revealed.[5]

4 Sighting Of The Children In A Hotel 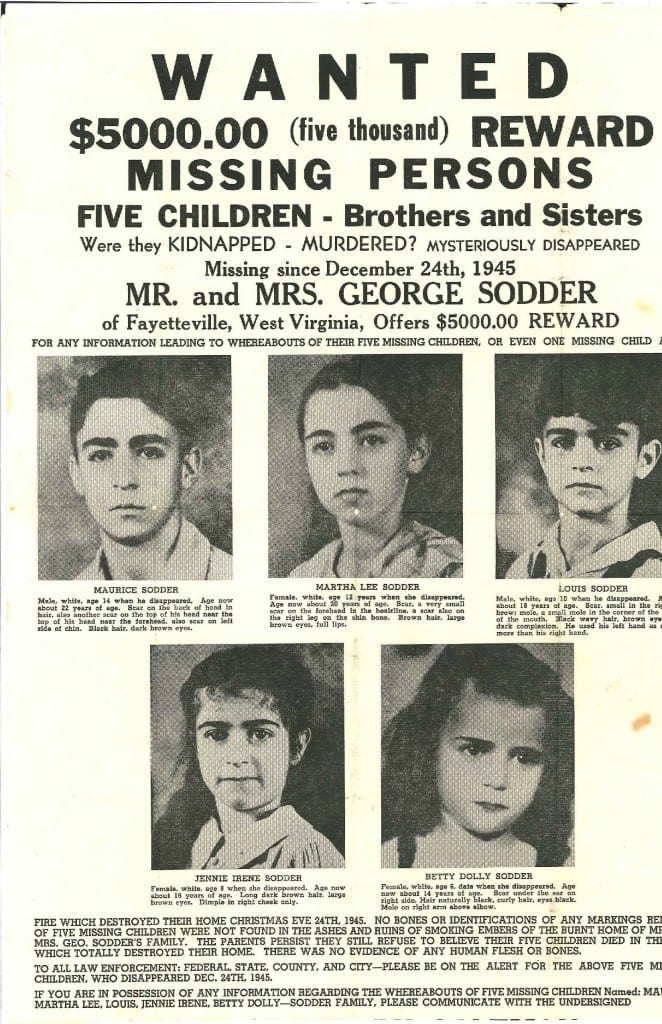 George and Jennie paid for a giant billboard that read: “What Was The Fate Of Our Children. Kidnapped, Murdered, or Burned?” They offered a reward of $5,000 (approx. $217,000 today) for any helpful information.

The police received many reports following the disappearance of the children and one witness claimed she served them breakfast the morning after the fire. The woman was working at a hotel in Charleston, 50 miles west from the Sodder Home.

“The children were accompanied by two women and two men, all of Italian extraction. They registered about midnight. I tried to talk to the children in a friendly manner, but the men appeared hostile and refused to allow me to talk to these children. One of the men looked at me in a hostile manner; he turned around and began talking rapidly in Italian. Immediately, the whole party stopped talking to me. I sensed that I was being frozen out and so I said nothing more. They left early the next morning.”

The sighting either did not prove helpful for the investigation or they were unable to locate the group the witness had described.[6] 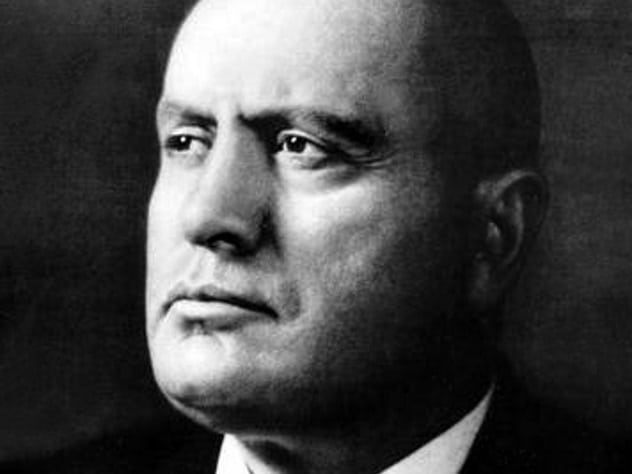 There are many online sleuths who believe George’s political beliefs fueled the fateful events that happened on Christmas Eve, 1945.

Born in 1895, in Sardinia, he was born Georgio Soddu before immigrating to America at the age of 13. Nobody close to George ever discussed the reason behind his immigration as it was a topic he would avoid. George eventually worked his way up to the top in business and owned his own coal-trucking company. He then met Jennie Cipriani, who was also an Italian immigrant.

The Sodder family was well-respected and middle-class but George had strong anti-Mussolini views and was against the Fascist government in his Italian homeland. In Fayetteville, many of the families were also Italian immigrants who disagreed strongly with George’s views.

Also, the coal-trucking business was under constant pressure from the Sicilian Mafia and George was aware of this. A few weeks before the fire, the Sodder children had complained that a strange car was following them as they returned home from school. Many strongly believe the disappearance of the children was connected to the Mafia.[7]

2 The Photo of Louis Sodder 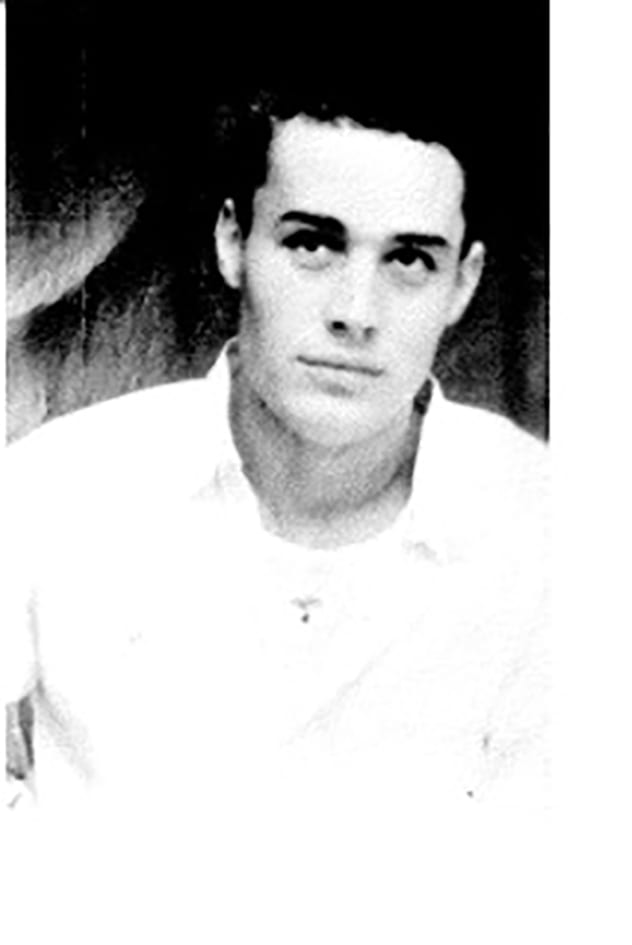 Louis Sodder was just 9-years-old when he was last seen alive. Then 22 years after his disappearance, his mother Jennie received a letter from Central City, Kentucky, with no return address. The letter also came with a picture that is believed to be Louis.

A message on the back of the photo read:
Louis Sodder
I love brother Frankie
Ilil boys
A90132 or 35

George and Jennie hired a private detective to look into the photo and try to locate the sender. Unfortunately, the detective was at another dead end. George told the Charleston Gazette-Mail it was “like hitting a rock wall – we can’t go any further.” Despite never being able to confirm if the photo really was Louis, the parents still had this framed and placed above the fireplace.[8] 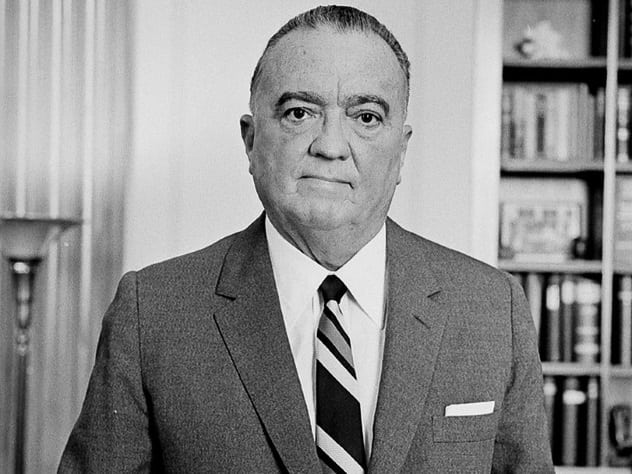 The disappearance of the Sodder children has remained unsolved for decades. Yet despite this becoming such a high profile case, the FBI has never been involved. In 1947, George and Jennie made an appeal directly to J. Edgar Hoover hoping he would help.

They received the following personal letter from Hoover, who wrote, “Although I would like to be of service, the matter related appears to be of local character and does not come within the investigative jurisdiction of this bureau.” Other FBI agents said they were willing to help the family once they were granted permission from local authorities, but for some reason, both the Fayetteville police and fire department refused to give the go-ahead.

It was another devastating blow for the Sodder family. The home that perished in the fire was never rebuilt, instead, they turned the plot into a memorial garden and tended to the flowers every day.

George died in 1969 and Jennie died in 1989. The only surviving member of the family was Sylvia, the youngest of the Sodder children, who was only 2-years-old on the night of the fire.[9]