Analysis of fibers at a crime scene is one of the oldest forensic tools still in use by investigators today. Even though DNA has become the gold standard for forensic evidence, small fibers lifted from clothing, carpets, the trunks of cars, and other sources have tied suspects to crime scenes. Juries often seem convinced, as the presentation of fiber evidence has led to many convictions over the years. Yet, even with DNA, it is still considered one of the best forensic tools around.

Today we’ll look at 10 cases where trace fibers were used to convict these captured criminals.

Related: 10 Types Of Evidence That Are Less Airtight Than Thought 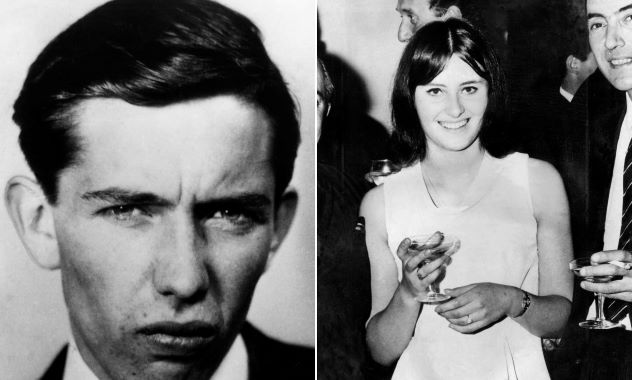 One of the earliest cases of a crime being solved thanks to fiber analysis took place in Bromley, England, in 1968. On February 8 of that year, Bernard Josephs came home to find a horrific scene—the lifeless body of his wife, Claire, underneath their bed. Her throat had been slashed so severely the wounds went all the way to her spine.

Roger Payne, a recent acquaintance of Bernard and Claire, was one of many people the police questioned, and they noticed he had scratches on his hands. Payne tried to explain away the scratches, but forensic analysis of his clothing found some very damning evidence. Claire had been wearing a wool dress at the time of her murder, and over 60 cerise wool fibers matching Claire’s dress were found on Payne’s clothing. This evidence helped secure a quick prosecution and ultimate conviction of Payne. He was sentenced to life in prison in May 1968, just three months after the murder.[1]

Sometimes the incriminating fibers are not found on the suspect but on the victim. Or in the terrifying case of serial killer Bobby Joe Long, multiple victims. Long would troll areas of Tampa, Florida, known for prostitution in his search for victims. Once he lured a woman to his car, he would take her back to his apartment and commit unspeakable acts of torture and rape, eventually killing them via strangulation, bludgeoning, or slitting their throats.

In all, there are ten women known to have been murdered by Long. Incredibly, he let two other victims—Linda Nuttall and Lisa McVey—go free after their attacks. The information McVey provided to police eventually led to Long’s arrest. The ten murders were conclusively linked to Long via red carpet fibers from his car. Matching fibers were found on each victim. As punishment for his many crimes, Long was executed by the state of Florida in 2019, with Lisa McVey (now Noland) among the witnesses.[2]

Melissa Brannen was five years old when she disappeared on December 3, 1989. Melissa and her mother, Tammy, lived at the Woodside Apartments in Lorton, Virginia, and had attended a Christmas party in the apartment complex that evening. After the party, Tammy and Melissa headed home, but Melissa returned to get some potato chips. She was supposed to come straight home but never made it back.

Caleb Hughes, the groundskeeper for the complex, immediately raised suspicions. This was due to witness reports that he had made inappropriate sexual comments to women at the party and had paid unusual attention to some children who were there, including Melissa. Police seized his Honda Civic sedan and examined the passenger’s seat for fiber evidence. Several fiber samples were taken, but the most important were 50 blue fibers linked to the sweater that Melissa was wearing when she vanished.

Hughes was convicted of abduction with intent to defile on March 8, 1991, and sentenced to 50 years in prison. He was released in 2019, having served about 54 percent of his sentence. Unfortunately, Melissa Brannen remains a missing person to this day.[3]

On August 30, 1986, police were summoned to the home of local dentist Glen Wolsieffer and his wife, Betty. Glen had reported an intruder that he chased off with a gun. While investigating, police found Betty in the master bedroom, dead with strangulation marks around her neck. As the investigation continued, police uncovered a veritable soap opera full of infidelity and betrayal.

Glen had been seeing two other women, earning him the nickname “The Three-Timing Dentist.” But that wouldn’t be what pointed to Glen as the murderer of his wife; that turned out to be blue fibers under Betty’s fingernails that were linked to the denim outfit Glen had worn the night of the murder. In the end, Glen was convicted of Betty’s murder and received a sentence of eight to 20 years. He was paroled in 2005, after serving 13 years of that sentence.[4]

Krista Harrison was an 11-year-old girl picking up aluminum cans at a Marshallville, Ohio, park on July 17, 1982, when a man suddenly grabbed her and dragged her into his van. Unfortunately, she would be found dead six days later in a rural area, inside of a car seat box.

Two years later, in 1984, 44-year-old Robert Buell was arrested for a separate crime. Police compared orange carpet fibers that had been found on Harrison’s body to the ones in Buell’s van and made a match. They also found evidence that Buell had purchased a car seat that matched the box Harrison was found in. Buell was ultimately convicted of Harrison’s murder and was executed for the crime in 2002. Buell, for this part, denied having any role in the Harrison case.

His last words, right before his execution, were addressed to Harrison’s parents: “Jerry and Shirley, I didn’t kill your daughter. The prosecutor knows that…and they left the real killer out there on the streets to kill again and again and again.”[5]

Craig Peyer was a California Highway Patrol officer who targeted women driving along California’s interstate highways, abusing his authority to make sexual advances. Unfortunately, this fact would not be brought to light until he was on trial for the murder of one of his victims, Cara Knott. Cara was a 20-year-old woman who disappeared on December 27, 1986, while driving from her boyfriend’s home in Escondido to her parents’ house in El Cajon.

On December 28, her car was found at a dead end of an I-15 off-ramp, and her body was recovered at the bottom of a nearby ravine. The tell-tale evidence against Peyer included an unusual gold rayon fiber found on Knott’s dress that was later matched to a patch Peyer wore on his uniform. Further investigation and more evidence led to Peyer’s conviction and a sentence of 25 years to life. He has applied for parole several times but has been repeatedly denied.[6]

The suitcase murder mystery: What happened to Bill McGuire? | Nightline

Melanie McGuire is a former nurse who came to be known as “The Suitcase Killer.” The body of her husband, Bill, was found in a suitcase floating in the Chesapeake Bay in Virginia in 2004. Fibers found on Bill’s body matched the sofa that the McGuires had—which had curiously gone missing after Bill did.

There were also greenish-brown fibers that matched a pillow that Bill’s sister, Cindy Ligosh, said police also did not recover. Prosecutors theorized that Melanie shot bill through the pillow in an attempt to muffle the noise. Melanie was eventually arrested in 2005, and on July 19, 2007, she was sentenced to life in prison.[7]

Murder has no statute of limitations, as Donna Perry found out when she was arrested in 2012 for the murders of three women–Kathy Brisbois, Yolanda Sapp, and Nickie Lowe. The crimes occurred between February and May 1990 in Spokane, Washington. Incredibly, they found fiber evidence in a 1969 International Scout that Perry had owned in 1990 but had sold years before her arrest.

Fibers from the Scout’s carpet matched fibers found on all three slain women. In another great find for investigators, a .22 caliber bullet that matched the ammunition used in the murders was also found in the vehicle. In 2017, Perry was convicted and received three life sentences for her crimes.[8]

Steven Pennell earned the moniker “The Route 40 Killer” after being convicted of abducting two women from U.S. Route 40 in Delaware and later murdering them. He was also suspected of killing three others. His reign of terror reached its end after the murder of 31-year-old Catherine DiMauro in June 1988.

When her body was found the next morning at a construction site, she was covered in blue carpet fiber that would be later linked to Pennell’s van. At his eventual trial, Pennell testified on his own behalf and made off-color jokes about paying his victims for sex in an attempt to explain away physical evidence. Pennell was eventually found guilty in 1990 and executed by lethal injection in 1992.[9]

Between 1971 and 1983, Randy Kraft murdered an astounding 16 young men, making him one of the most notorious serial killers in American history. Some estimates place his death toll at an astronomical total of 67 people. He was surely emboldened by the number of times he got away with his crimes and may have assumed he’d never get caught.

In the end, it was carpet fibers found on a rug in his garage, matched to several of his victims, that provided the evidence needed to put him behind bars for good. He was convicted in 1989 and, to this day, is still incarcerated at San Quentin State Prison in California.[10]