The world of politics has spawned a good number of conspiracy theories. Due to the general craziness that usually fills the political arena, we can be assured that conspiracy theories coming out of it are guaranteed to be certifiably insane as well. 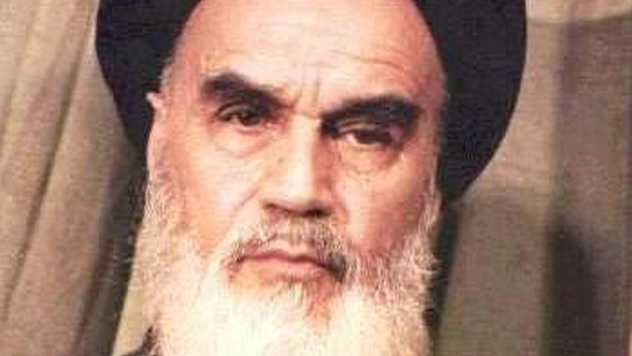 The British just cannot seem to catch a break among Islamic conspiracy theorists. Aside from being accused of creating Wahhabism to destroy Islam, they have also been tagged as the masterminds behind the 1979 Iranian Revolution.

After initially installing the West-friendly Shah Mohammad Reza Pahlavi as their puppet leader in exchange for drilling rights, the British began to worry that his continuous implementation of popular reforms—known as the White Revolution—would eventually steer the country away from their control. To continue their rule, they enlisted and funded the exiled Ayatollah Ruhollah Khomeini to spearhead the ousting of the Shah.

While it did culminate in the latter’s ousting, the British failed to realize that the Ayatollah and his band of radical Islamists also rejected Western influence. Nonetheless, most Iranians of today continue to believe that the British really did have a hand in helping the Ayatollah to power; in fact, one of the public’s running jokes goes that under the beards of the clerics sits a “Made in Britain” brand.

9 The CIA Plan To Destroy The Soviet Union From Within 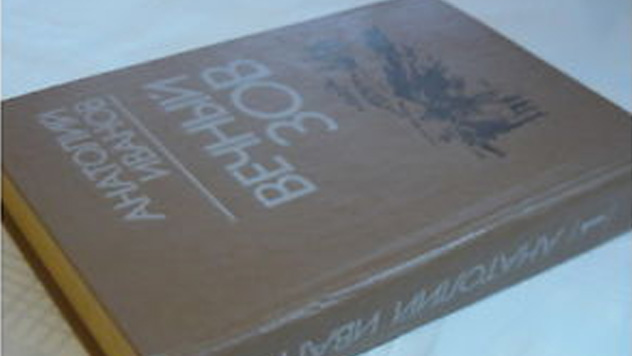 According to Russian conspiracy theorists, CIA chief Allen Dulles formulated a plan during the Cold War to plant agents and friendly locals to corrupt all aspects of Soviet society. The agents would subvert the local culture by promoting debauchery and all sorts of vices. In addition, these agents would secretly penetrate the highest echelons of government and gradually sway the top officials toward the West.

While no such plan ever existed (in fact, the one document supporting the theory comes form from a 1971 fictional Russian novel), that didn’t stop conspiracy theorists from promoting it during the post-Soviet collapse in the 1990s. It has since spawned a number of like-minded conspiracy theories in today’s Russia, the common theme being the presence of external elements out to destroy the country.

8 The Armenians Fabricated Their Genocide To Swindle Aid 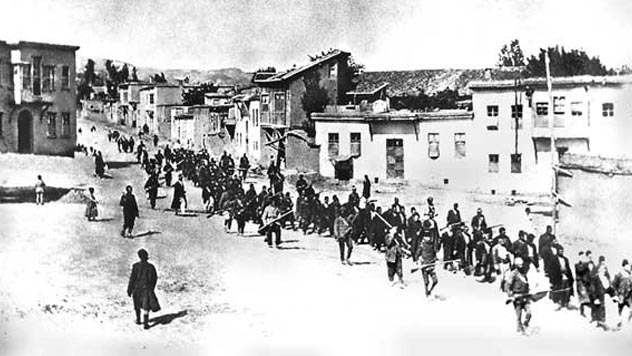 While the Armenian Genocide is pretty well documented, many (including the Turkish government) have continued to deny it ever happened or at least diminish its scope. Chief among the deniers is Samuel Weems, a former lawyer from Arkansas. In his 2002 book Armenia: The Secrets of a Christian Terrorist State, Weems accused the Armenians of fabricating the genocide in order to continue receiving funds from sympathetic countries.

These funds, says Weems, sponsored the country’s expansionist and terrorist activities. He also contends that the numerous Armenian communities in the US serve primarily to lobby for their country’s interests.

Weems’s book quickly became a lightning rod for criticism. The Armenian Assembly of America described it “unconscionable” while some scholars noted that the author’s bias and inconsistencies made the book unbelievable. It has also been alleged that Weems, along with other revisionist historians, has been purportedly paid by the Turkish government to refute the genocide.

7 The Muslim Plot To Take Over Europe 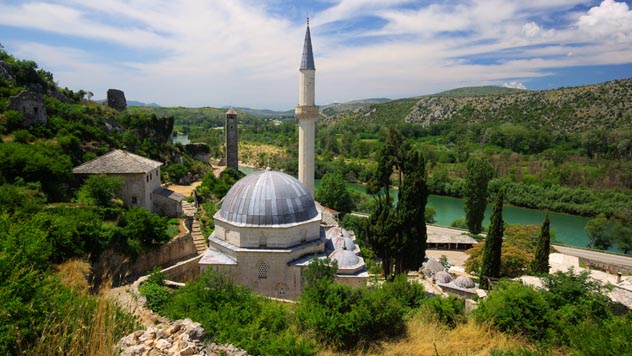 For some conspiracy theorists, the Jews aren’t the only ones with an alleged plan to take over the world; the Muslims have one, too. According to British writer Gisele Littman, the state of “Eurabia” came into existence in the 1970s, when the European Economic Community (the predecessor to the European Union) granted several political concessions to the Organization of Arab Petroleum-Exporting Countries. At the time, OAPEC had stopped sending oil to the West as punishment for supporting Israel. Faced with no oil, Europe had to bow down to the Arabs. What followed was a series of European-Arab projects that included the mass migration of Muslims to Europe. By agreement, these migrants would be fully protected by the host European country and allowed to spread Islam unrestrained.

Although critics have condemned Littman’s claims as baseless and noted the impossible demographic requirements, her work has become a rallying point for those who fear that a Muslim takeover of Europe would really become a reality.

6 The Scheme To Create A Greater Bangladesh 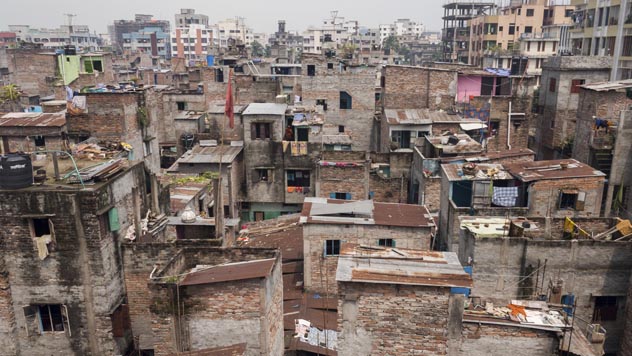 According to Indian conspiracy theorists, the Bangladeshi government has actively supported the illegal transfer of more than 20 million of its citizens into Indian territory. This mass move would allow the small and overpopulated country to provide desperately needed living space for its citizens—and it would also enable them to spread Islam.

Although the government of Bangladesh has officially denied that such a plan ever existed, it has also virtually refused to acknowledge the presence of its own citizens there. That disownment has made it easier for the immigrants to be exploited or be implicated as scapegoats, especially by distrustful Indian authorities who consider them a “security threat.” There is also a growing fear that, aside from the inevitable refugee problem, the presence of Islamic militants among the immigrants may yet create another situation similar to the one in Afghanistan.

5 The Baha’i Conspiracy Against Iran 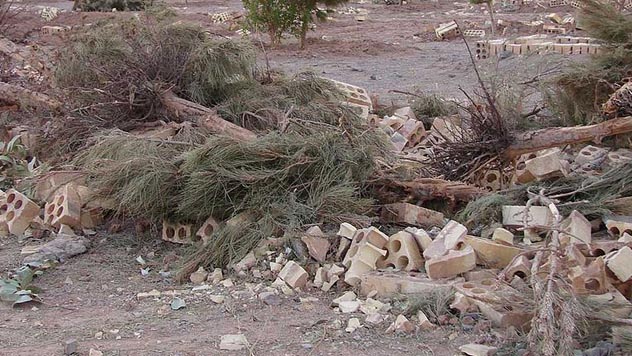 It must be tough to be a member of the Baha’i religion today, especially in Iran. Since being founded there in the middle of the 19th century by self-proclaimed messiah Baha’u’llah, the religion has been accused of every conspiracy theory imaginable, and it’s all thanks to an infamous Russian forgery made in the 1930s.

In what could be considered the Baha’i equivalent of The Protocols, The Confessions of Prince Dolgoruki accused the Russians of creating the Baha’i religion to undermine Iran and destroy the country. After that, the religion suffered accusations one after the other, ranging from working with the British and Americans to colluding with Jews and Freemasons to take over Iran. Those strings of charges have led to perennial state-sanctioned persecutions against Baha’i members. Nowadays, Iran’s government has been quick to blame the Baha’i as the cause of the country’s social ills. 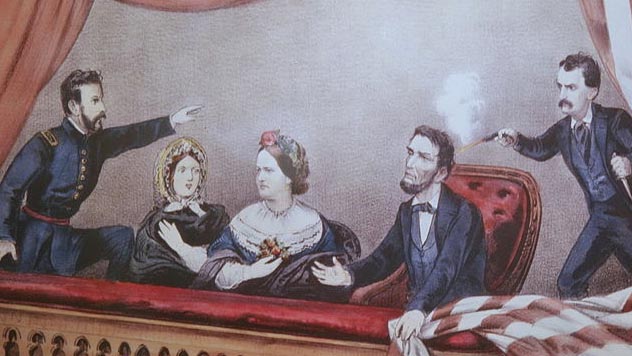 To this day, many conspiracy theories question the supposed mastermind behind Lincoln’s untimely demise. Many groups and individuals besides the Confederates have been accused of carrying out the assassination. Some accused the Catholic Church and the Jesuits of directing the assassination at the behest of the Pope. International British bankers like the Rothschilds have also been implicated because Lincoln threatened their financial plans.

Lincoln’s own men were not spared the accusations. A congressional committee investigated Vice President Andrew Johnson for his role. Although he was later cleared, Johnson continued to be distrusted by the public for decades. Meanwhile, Lincoln’s Secretary of War Edward Stanton and radical Republicans were accused of arranging the assassination because they opposed Lincoln’s soft Reconstruction policies and because they wanted more control over the post-war South. 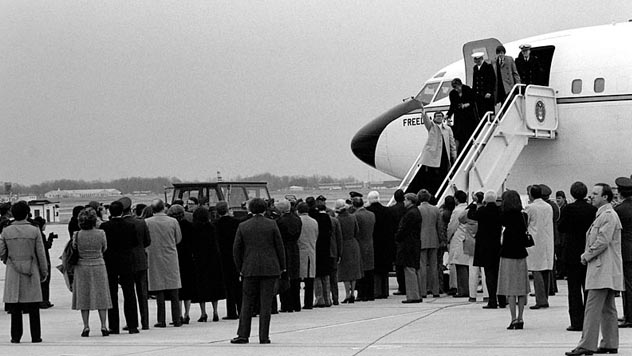 The October Surprise, in political parlance, refers to outcome-changing news stories that conveniently pop up just before every national election in the US. The term came into popular use after President Nixon’s Secretary of State Kissinger made his famous “Peace is at hand” statement to ensure that his boss got reelected in 1972 while the Vietnam War was still raging on.

Probably the most famous of the October Surprises came during the Reagan-Carter contest in 1980. Supposedly, in order to defeat the incumbent Carter, Reagan struck a deal with the Iranians to delay the release of 52 American hostages still in their country; in exchange, Reagan would unfreeze their financial assets and supply them with arms. What gave this theory more credence was the almost impeccable timing of the hostages’ release. Just five minutes after Reagan finished his inaugural speech, a plane carrying the hostages flew out of Iran. Although Reagan officially denied the charges, speculation that a conspiracy did happen remains rife today, all thanks to another related conspiracy theory . . . 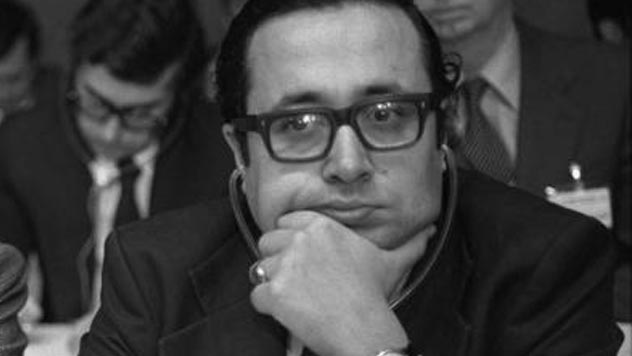 According to this theory, the infamous 1980 Camarate air crash that took the lives of Portuguese Prime Minister Francisco de Sa Carneiro and Defense Minister Adelino Amaro da Costa was actually a CIA plot to silence the latter from sharing knowledge of Reagan’s arms deal with Iran. Da Costa had discovered incriminating documents that Portugal was being used by the US as a liaison for its illegal arms sales to Iran. He planned to reveal this evidence to the United Nations. Subsequently, the CIA planted a bomb in their plane to shut him up.

This belief has been fueled by subsequent numerous investigations that never conclusively ruled out sabotage. In addition, a new investigation into the crash opened in 2012, after one man named Francisco Simoes claimed that he had been ordered by then–US envoy to Portugal and future CIA chief Frank Carlucci to kill the two ministers.

1 The British Baited The US Into World War I 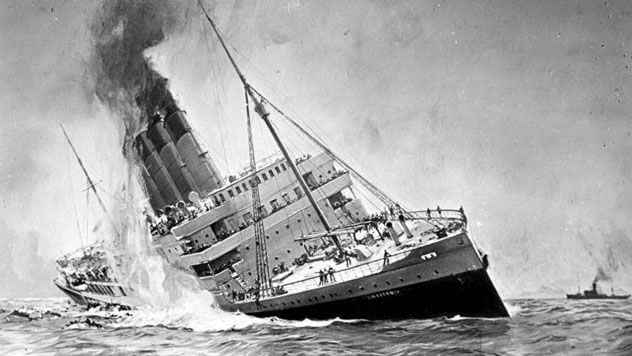 As we’ve pointed out before, the British were not above tricking their allies across the Atlantic into joining them in World War II. However, handing out a fake Nazi plan for world domination paled in comparison to the allegation that the British sacrificed their own passenger ship, the RMS Lusitania, to force the US to enter World War I.

At the helm of this conspiracy was Winston Churchill himself. As the First Lord of the British Admiralty, Churchill supposedly colluded with other high-ranking officers of the Navy to let the Germans sink the ship while it carried American citizens aboard. To accomplish this, they deliberately let the Lusitania go slowly without escorts across a shipping route known to be frequently patrolled by German U-boats.

Debunkers have pointed out that the passenger ship was a victim of British complacency, not conspiracy. Due to their naval superiority, the British seriously underestimated their foe’s naval prowess, ultimately leading to the unnecessary loss of civilian lives.