Not every sound we hear around us is what we think it is. Some are created specifically to play on our imaginations and beliefs. This often happens, for example, when we consider a specific sound as an indicator of the quality or effectiveness of a product.

Manufacturers know this, too, and often engineer the noises their products make to satisfy our erroneous beliefs. Carmakers especially are very guilty of this. However, movie and television studios, mobile phone makers, and even food companies have jumped on the bandwagon. 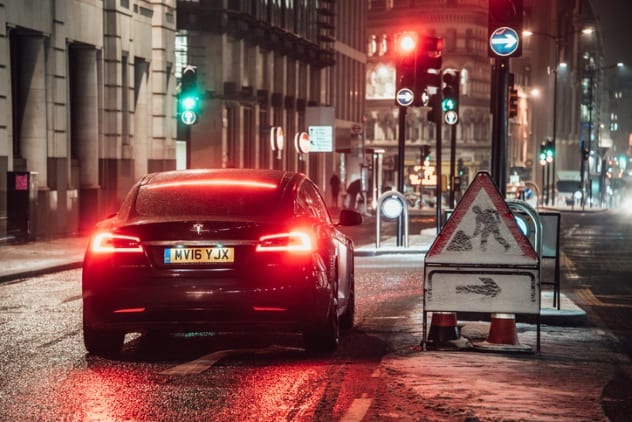 The engines of gasoline- and diesel-powered cars make lots of noise. However, that is not the case with the engines of electric and hybrid vehicles. Electric vehicles often have rather quiet engines that only become more hushed at lower speeds.

This is why the European Union mandated in 2019 that makers of electric and hybrid cars add fake engine noises, referred to as an Acoustic Vehicle Alert System (AVAS), to their vehicles. An AVAS generates fake engine sounds that come up when the car is traveling at speeds below 19 kilometers per hour (12 mph).

The EU allows carmakers decide on the specifics of the sound they want, though the noises are required to sound like those made by regular engines. Electric and hybrid carmakers are required to add the sound to every new car rolling off their assembly lines. Earlier models already on the streets must be able to make the sounds by July 2021.[1]

2012 BMW M5 Active Sound Disabled (Before and After)

Speaking of noisy gas engines, carmakers have always worked on reducing that noise. These days, car engines are quieter than they were a few decades ago. Carmakers have also redesigned their cabins to reduce noise from outside the vehicle, making the ride considerably quieter.

This excessive quietness has become a problem for carmakers with high-performance models. The engines usually aren’t loud enough to create the aggressive sounds associated with sports cars or turbocharged engines. The rumble of the engine is also dampened by the quiet cabins, further depriving the driver of that sports car feel.

These days, carmakers add fake engine sounds inside the cabins of their high-performance vehicles. Ford and Porsche use a technology they call the Sound Symposer. The Sound Symposer is actually a pipe that runs from the intake manifold (the part of the engine that transfers air and fuel into the engine cylinders) into the back of the dashboard.

The Volkswagen Group uses the Soundaktor (from “sound actuator”) in vehicles it builds under its Volkswagen, Audi, and Skoda divisions. The Soundaktor is actually a small device hidden at the bottom of the windshield. It works like a speaker to create fake sounds that go right into the cabin.

BMW uses what it calls Active Sound. This one delivers amplified engine noise to the driver through the car speakers. While BMW insists the sounds are real, some skeptics think they could be fake.[2]

8 Almost Every Sound In Movies 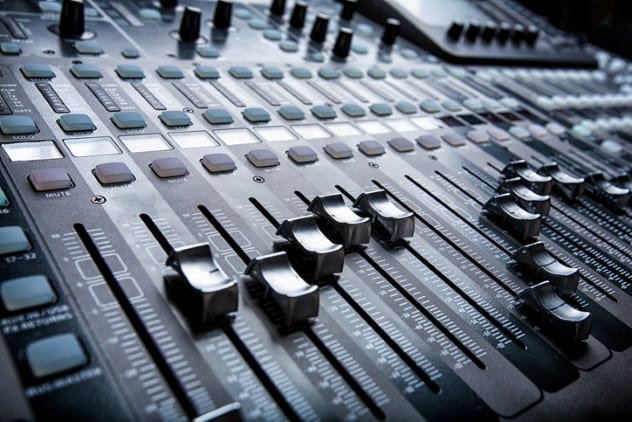 Fake sounds added in postproduction are referred to as Foley and are created by professional sound creators called Foley artists. The Foley artists often create the sounds in the most random ways. Think of horse hoof sounds being created by a Foley artist beating two halves of a coconut together, a la Monty Python and the Holy Grail.

Steel wool, cellophane, and potato chip bags are used to imitate the sounds of a fire, while playing cards or books are used to mimic the sound of money. That cocking gun is actually a briefcase latch, and the sound of a bird’s wing is created by beating a feather duster or two hand gloves together.

Foley artists also get creative when coming up with sounds for fight scenes. They hit uncooked steak, chicken, or phone books to imitate the sound of a punch. When heads get smashed, it is often the Foley artist dropping a pumpkin or watermelon.[3]

7 Screams At Stadiums And Sport Arenas 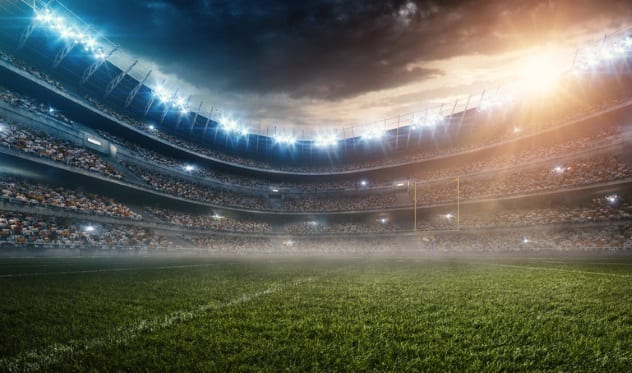 We often expect stadiums and sport arenas to be noisy. But what happens when they are unusually quiet or not noisy enough? We add fake sounds, of course!

For a start, architects often design stadiums to keep the noise in. However, some stadium managers take things a bit further by delivering fake screams through the loudspeakers. They could also capture real noise from the stadium and amplify it before delivering back into the stadium through the loudspeakers. Sometimes, stadium and team managers spare their live spectators from the fake noises and just collude with television stations to add fake sounds for the viewers at home.

However, fake sounds could be costly, since some sports organizers consider the practice illegal. In 2015, the National Football League ordered the Atlanta Falcons to pay a $350,000 fine after they delivered fake sounds through the loudspeakers to mimic screaming supporters during a match on their home field.[4] 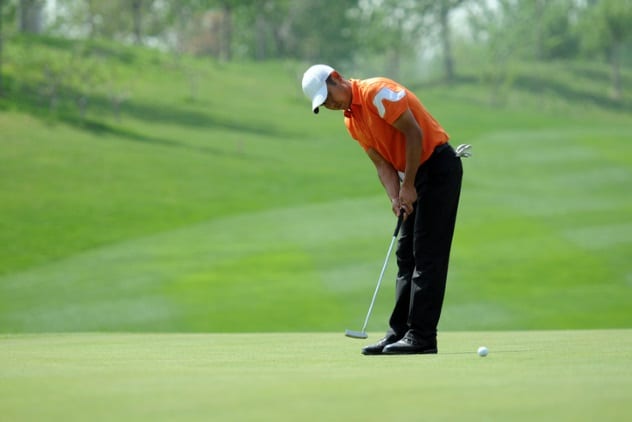 Have you ever taken notice of the bird sounds while watching a golf tournament? Turns out they’re not always real. In 2000, CBS admitted to adding fake bird sounds into live transmissions of the PGA Championship.

John Fitzpatrick, an ornithologist, made the discovery after observing that the bird sounds resembled those he’d heard watching an earlier game. He called CBS, and a worker admitted that the network had played recorded bird noises during the championship.

People became suspicious after hearing an excessive amount of bird noises during the game. The sounds indicated there were lot of birds at the golf course, even though it was not so. CBS denied adding fake bird sounds this time. However, the network added that it amplified the sounds of the birds at the course.[5]

That “tick-tock” sound you hear when you engage your car’s turn signal or flashers is fake, too. The sound used to be real, though, and its history is tied to that of the turn signal itself. Turn signals first appeared in the early 20th century. However, they were not standardized, and carmakers always came up with different designs.

This changed in the 1930s, when Joseph Bell invented the modern turn signal. Bell’s turn signal came on when a bimetallic spring touched another piece of metal to complete a circuit. The spring immediately broke off contact before touching the metal again, causing the light to flicker and make a “tick-tock” sound. The lights and sound continued as the terminal and spring repeatedly touched and separated.

Later turn signals used electromagnets. However, they still made the “tick-tock” sound when the magnets pulled and released hinged metal armatures. Modern turn signals do not make sounds because they use computers in place of touching parts. But carmakers still add the sound, anyway. The noise is delivered through the car’s speakers or some other electrical device hidden under the dashboard.[6]

4 The Sound Of Potato Chips 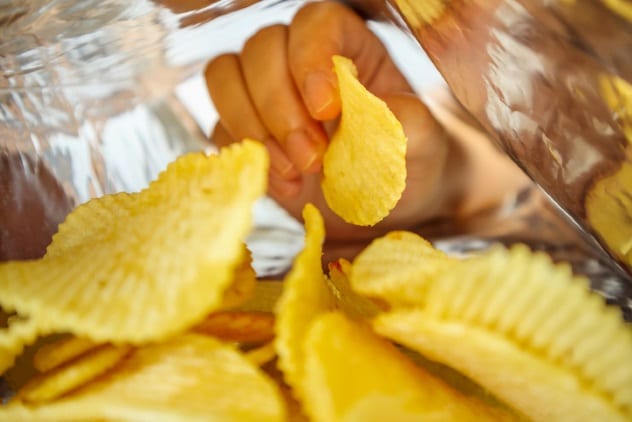 Potato chip makers engineer their chips to be crunchy because they know we associate that crunchiness with freshness. This theory is backed by a 2004 study which indicates that we consider crunchy potato chips as fresh and crunch-less potato chips as stale.

The participants associated the louder sounds with freshness and the weaker sounds with staleness.[7] Potato chip makers have known this for some time, which is why they make their chips and even the packaging noisy. Now you know why that pack of chips makes lots of noise when you pick it up. 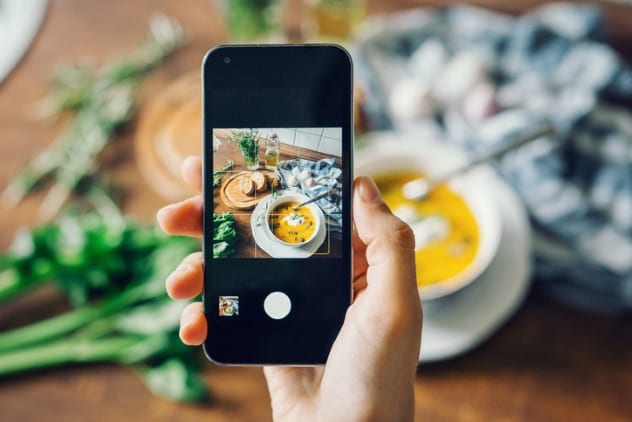 That trademark shutter sound you hear when a digital or mobile phone camera takes a picture is most definitely fake. Modern cameras do not need to make that sound. In the cameras of old, it was the sound of their mechanisms operating. 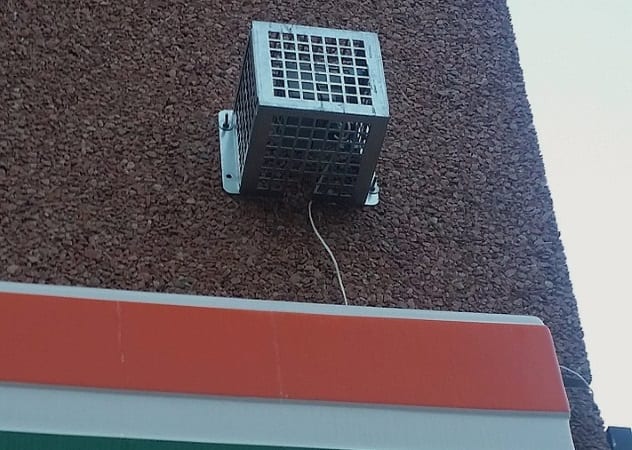 The Mosquito is a controversial crime prevention device that uses artificial sound to drive people off. By people, we mean teenagers. Its maker, Compound Security of the United Kingdom, doesn’t even try to hide this. It markets the product as an “anti teenager alarm,” “teenager repellent,” and “ultrasonic teenage deterrent.”

Compound Security says its product is the perfect tool for preventing crime and ridding an area of unwanted teenagers. It says its clients are businesses that have “problems with kids and teens” who often congregate nearby to commit crime or just constitute a nuisance. Compound Security says the Mosquito has the “teeth to bite back at these kids.”

The Mosquito works by blasting high-pitched sounds at an area. The noise is annoying and, according to Compound Security, sounds like an alarm clock. However, due to the sound’s frequency, it is only heard by people below 25, since they often have better hearing than those who are older.

The Mosquito remains a controversial product, since it targets every teenager and young adult within its range—criminal or not. Nevertheless, it is used by several businesses, including ScotRail, which installed it at its Hamilton and Helensburgh stations in Scotland. ScotRail acquired the product after observing an increase in crimes committed by teenagers at the affected stations.[9] 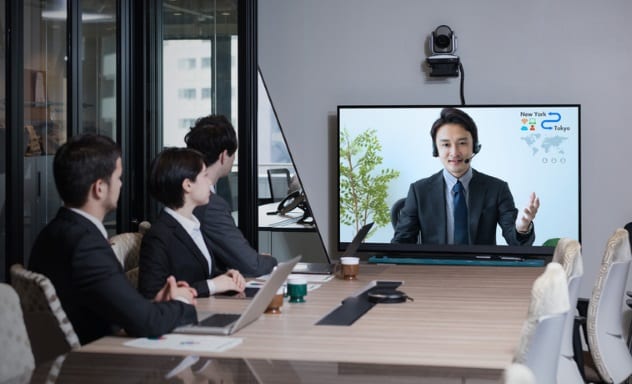 Voice over Internet Protocol (VoIP) service providers often have to deal with the unavoidable echo that comes up during calls. This echo is called background noise and comes up during periods of silence, which actually happens a lot, considering that people are quiet for half the time they are engaged in a conversation.

VoIP service providers need to remove this noise if they want to maintain good sound quality. In the past, they removed or reduced the noise with echo cancellation (EC) and silence suppression (SS) technologies. These days, they just inject comfort noises during periods of silence when the background noise would have taken over.

The comfort noise is created by computer algorithms and mimics the real noise made by radio signals. Comfort noise also helps keep bandwidth use lower, which saves money for the users and service providers.[10] On the downside, the algorithms can potentially create terrible sounds that could quickly become disgusting.