Che Guevara. He is loved and he is hated. He is one of the biggest commercial successes and one of the most brutal murderers in recent history. It is no wonder that a man so passionately loved and hated is familiar to most people. This list looks at some of the less familiar aspects of his life. If you have other little known facts about Che Guevara, be sure to tell us in the comments.

10
Not so Glamorous Name 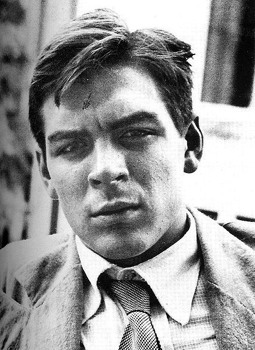 The name “Che Guevara” either incites love or hate. The name is synonymous with freedom fighting to some, and butchery to others. What most people don’t know is that Che’s real name was not quite so romantic; he was born Ernesto Lynch. That’s right – Che Guevara was actually plain old Mr Lynch. It doesn’t have quite the same ring to it does it? His surname comes from the fact that his family was half Irish. Ernesto Lynch is pictured above at the age of 22. 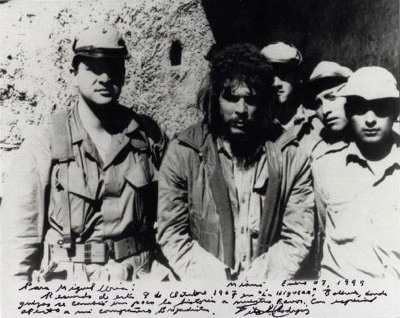 Che Guevara as a youth was nicknamed “Chancho” (pig) because of his bathing habits (or lack thereof) and the fact that he proudly wore a “weekly shirt” – ie, a shirt he changed once a week. All through his life people commented on his smelliness (though obviously not to his face once he had the power to execute people on a whim). 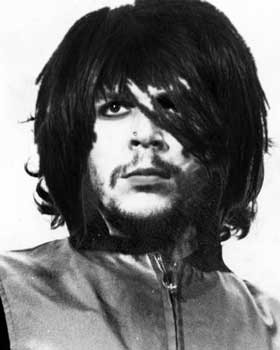 Contrary to the image we all have of Guevara, in his youth he was quite the geek. He loved playing Chess and even entered local tournaments. In between hanging out with his chess buddies, Ernesto would read poetry which he loved with a passion. His favorite subjects at school were mathematics and engineering. I think we could safely say that if he were a teenager today, he would be EMO. Pictured above is an artist’s impression of EMO Ernesto Lynch (AKA Che Guevara).

While Guevara is best remembered for his actions in Cuba, he was actually born in Argentina to wealthy parents and he never became a Cuban citizen. When he was born, his father said “the first thing to note is that in my son’s veins flowed the blood of the Irish rebels.” 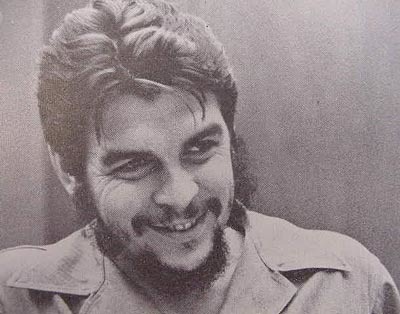 There seems to be some dispute about this fact around the Internet, but in June 1953, Guevara completed his medical studies and graduated as Doctor Ernesto Guevara. While studying he was particularly interested in the disease Leprosy.

In 1964, Guevara travelled to the United States to give a speech to the United Nations in New York. You can watch a portion of it in the video clip above. Whilst there he condemned the US for their racial segregation policies: “Those who kill their own children and discriminate daily against them because of the color of their skin; those who let the murderers of blacks remain free, protecting them, and furthermore punishing the black population because they demand their legitimate rights as free men — how can those who do this consider themselves guardians of freedom?” 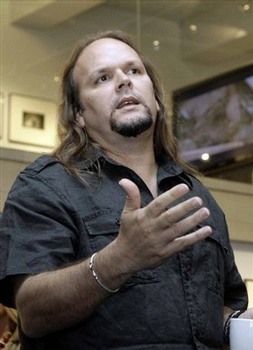 We tend not to see Guevara as a family man, but in fact he had one child with his first wife, Hilda Gadea, a daughter who was born in Mexico City on February 15, 1956, and he had four children with his second wife, the revolutionary Aleida March. Pictured above is Camilo – Che’s son. 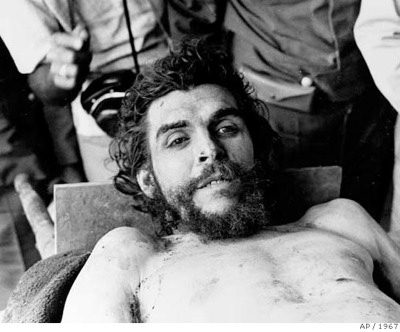 After hie execution, a military doctor amputated Che’s hands. Bolivian army officers transferred Guevara’s body to an undisclosed location and refused to reveal whether his remains had been buried or cremated. The hands were preserved in formaldehyde to be sent to Buenos Aires for fingerprint identification. (His fingerprints were on file with the Argentine police.) They were later sent to Cuba. 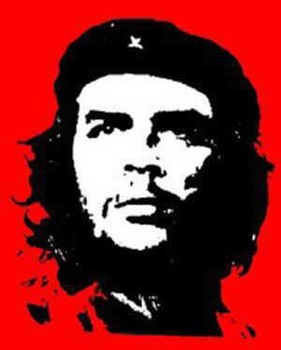 The high-contrast monochrome graphic of his face has become one of the world’s most universally merchandized and objectified images, found on an endless array of items, including t-shirts, hats, posters, tattoos, and even bikinis, ironically contributing to the consumer culture he despised. The original image was snapped at a memorial service by newspaper photographer Alberto Korda. At the time, only Korda thought highly of the shot, and hung the picture on his wall, where it stayed until an Italian journalist saw it, asked if he could have it, and Korda obliged. 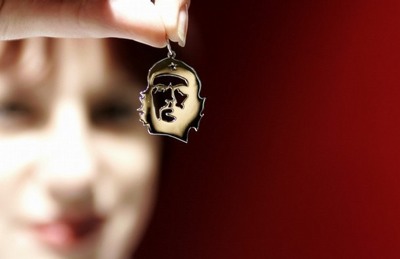 Guevara remains a beloved national hero to many in Cuba, where his image adorns the $3 Cuban Peso and school children begin each morning by pledging “We will be like Che.” In his native homeland of Argentina, where high schools bear his name, numerous Che museums dot the country, and in 2008 a 12 foot bronze statue of him was unveiled in his birth city of Rosario. Additionally, Guevara has been sanctified by some Bolivian farm workers as “Saint Ernesto”, to whom they pray for assistance. Needless to say, the Catholic Church does not consider Guevara to be a saint and strongly opposes the adulation of him.