While some First Ladies choose to keep a low profile, others have concerned themselves with the task of adding color to the premier office of the country. Along the way, some of these women have managed to perform acts that continue to flummox long after they were carried out. From Mira Markovic, who assumed the role of Lady Macbeth of the Balkans, to Simone Duvalier, Papa Doc’s trusted accomplice, we look at ten women whose megalomania was so consummate that they took their ambitions to ludicrous ends. 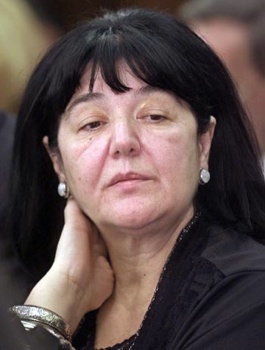 There are some evil first ladies and then there is Mirajina Markovic, wife of Slobodan Milosevic, President of former Yugoslavia. At a time when her husband was stirring up hatred between the different communities of his country, Mira decided that it was only appropriate that she publish her musings of such trivial matters as the flight of a butterfly. What is more astonishing is that the Belgrade magazine Duga decided to publish her views on life in the Balkan state during the Bosnian war. In time, she was diagnosed with schizophrenia and charged with fraud, but just like that butterfly she flew to Moscow where she lives under the protection of the Kremlin.

9
Nancy Reagan’s Tryst with the Astrologer 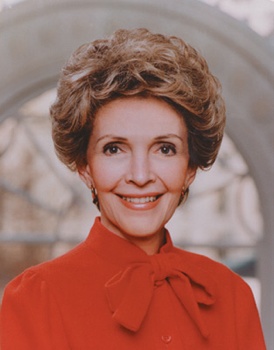 After an unsuccessful attempt on the life of her beloved husband Ronald, Nancy Reagan turned to the unlikeliest of sources for comfort- an astrologer by the name of Joan Quigley. Mrs. Quigley was consulted on the timing of all political events. No public appearance was made if the charts predicted a bad omen, and she is said to have wielded a strong influence on the president’s political decisions. Her services were terminated and her charts disposed of when Donald Reagan was appointed as Chief of Staff, but a similar fate befell him after the Iran-Contra affair. The Oracle had spoken.

8
Imelda Marcos and her Shoes 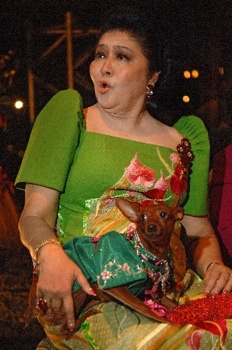 If Imelda Marcos wore a new pair of shoes everyday, it would take her about eight years to go through her collection. With over 3000 shoes and a plethora of other expensive paraphernalia, Imelda’s name has become synonymous with ostentation to an extent that a museum was dedicated only to her personals.When asked to explain her extravagance against the backdrop of the grinding poverty of the Philippines she replied that she did it to be ‘some kind of light, a star to give [the poor] guidelines.’ What the guidelines were, we will never know. 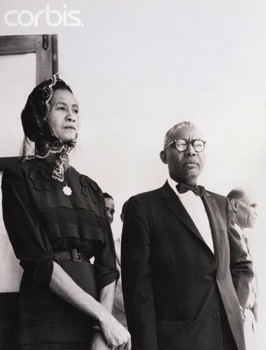 If marrying Papa Doc was not bad enough, Simone Duvalier or ‘Mama Doc’ presided over a reign of terror with her husband as the helm. She assumed the title of benefactor, dispensing wealth to build the ‘Cite Simone.’ The health minister of Haiti is supposed to have said that it was ‘a large and magnificent piece of land’ and gone so far as to build a medical social complex in a tribute to the Madame. However, in an ironic twist of fate, the neighborhood developed into one of the biggest slums in the Northern Hemisphere. Oh Simone, if you plan to name a whole neighborhood by your name, the least you can do is to upkeep it. 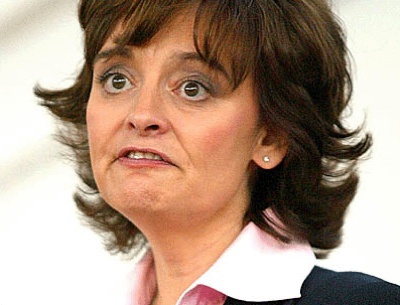 An unlikely twosome they made. One was the wife of the British Prime Minister while the other was a topless model, but when Mrs. Blair roped in Carole Caplin as a lifestyle adviser, little would you think that it included a re-birthing process which involved smearing food and mud over herself and her husband in a steam bath. Furthermore, she attributed her fourth pregnancy to New Age Sexual techniques, also introduced to her by Caplin. 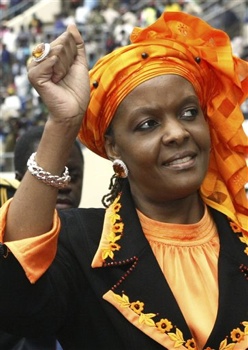 There are many adjectives one can use to describe the wife of Robert Mugabe, but the word ‘grace’ can hardly figure on that list. On a holiday in Hong Kong, a reporter for the Sunday Times is said to have incensed her to such an extent that she decided to take matters into her own hands, punching and slapping him repeatedly. The poor reporter is said to have suffered from cuts, abrasions, and bruises from head to face, caused by the diamond rings on her fingers. Not the kind of splurging you would expect from the first lady of a country whose citizens depend on food aid, is it?

4
Clarissa Eden’s Road to the Suez 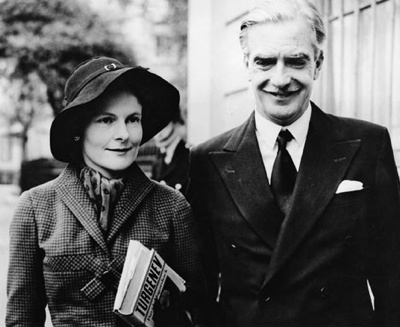 ‘In the past few weeks, I have really felt as if the Suez Canal is flowing through the living room’, quipped Clarissa Eden in support of her husband after Gemal Nasser had nationalized the waterway. An uproar ensued and ultimately her husband resigned amid massive protests from the Labour party. In time, she came around to say that it was an idiotic, silly comment, but the damage had been done. She wanted her husband’s political life to be seen not only through the ‘prism of Suez’, but if only history is that kind. 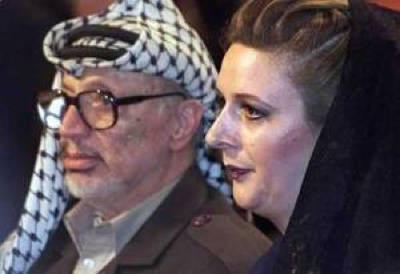 The First lady of Palestine, Suha Arafat was perhaps the unlikeliest candidate to assume the position of Arafat’s wife. Her enormous wealth, western education, Christian faith and not to mention the forty something years of difference that existed between her and her future husband would have seemed impediments to marriage, but ultimately love triumphed. And as it is customary for the first lady to make clear her political inclinations, Suha went ahead and accused Israel of using poisonous gas against Palestinians which caused cancer. Given the long history of the conflict it is folly to rule anything out, but poisonous gas and cancer? Sorbonne University must have some bad chemistry professors. 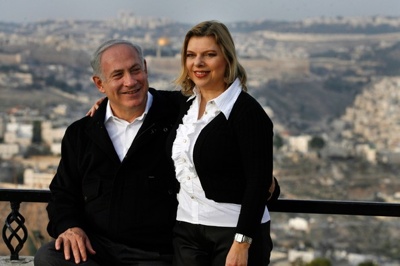 The dubious honor of the first political shoe thrower went not to Muntadhar al-Zeidi (George Bush’s nemesis), but to Sara Netanyahu. The third wife of Benjamin Netanyahu, Sara has long been associated with boisterousness. One of her most infamous political gaffe was the shoe incident where she threw improperly shined shoes at her assistant and screamed “If the prime minister were to have seen what you did to his shoes, he would have butchered you, butchered you! You painted them, and now you have to pay for this.” Not the paragon of restraint the world was looking for to help Benjamin in his quest for peace.

1
Mrs Endara tells the teachers to stick it 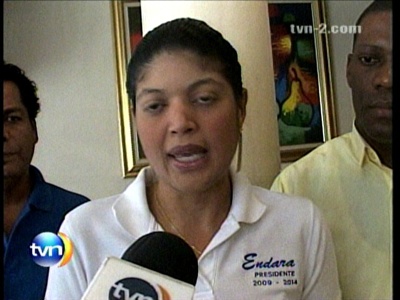 Controversy seemed to follow Panama’s first lady Ana Mae Endara. Thirty years the junior of President Guillermo Endara, Ana Mae made sure she was in the news,albeit for the wrong reasons. When she did not attend state funerals in green slackers or protest against the country’s ‘rubbish’ judicial system, the first lady was telling people to stick votes up ‘you know where.’ Yes,really.At least that is what she told 26,000 teachers when they threatened to vote against the ruling party in the forthcoming elections. Perhaps the reason why her husband received 2.3 per cent of the vote the last time he contested in the general elections.

10 Theoretical Countries Of The Future