The hit Netflix show Mindhunter is based on the memoirs of FBI special agent John E. Douglas, one of the pioneers of criminal profiling. Douglas joined the FBI’s Behavioral Science Unit back in 1977 and soon after began meeting with infamous serial killers and serial rapists. In many ways, Douglas’s early career mirrored that of Robert Ressler, an FBI special agent who also served in the Behavioral Science Unit. Ressler is also the man often credited with creating the term “serial killer.”[1]

In a strange twist, both Ressler and Douglas conducted extensive interviews with one Monte (some sources write “Montie”) Rissell. Rissell’s name is not as infamous as Gacy, Bundy, or Dahmer. However, Rissell, a serial rapist-turned-serial killer, provided both Ressler and Douglas with a fountain of information regarding the mindsets of serial offenders, especially sexual predators.

Between 1976 and 1977, Rissell terrorized the young women of Northern Virginia. Handsome and intelligent, Rissell fit the archetype of the truly dangerous hunter—a man dedicated to turning his fantasy world into reality. 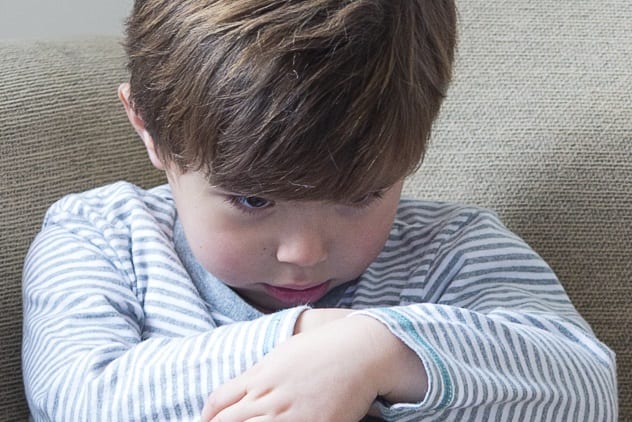 Rissell hated his stepfather. This hatred likely influenced Mrs. Rissell’s decision to divorce Hindery in 1970. After that, Monte, his mother, brother, and sister moved to Washington, DC. After 1970, Rissell lived in a home without adult male supervision, and because of that, Rissell began indulging in his powerful fantasy life.

However, years later, Rissell told Ressler during a jailhouse interview that if he had been sent to live with Hindery back in 1970, then he would have gone to law school instead of becoming a serial killer.[2] 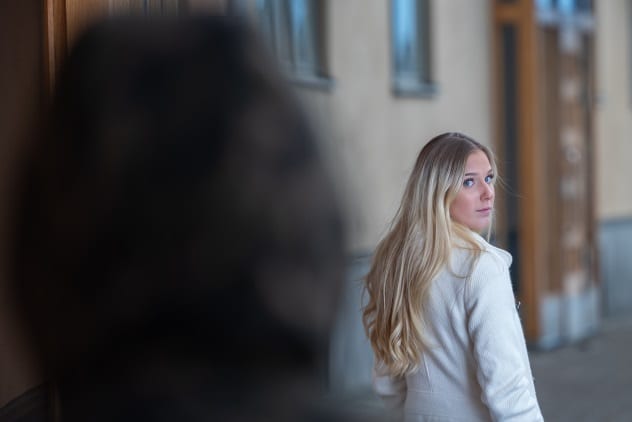 At the age of 14, Rissell committed his first rape. Two years before this crime, Rissell was put on probation for allegedly breaking into an apartment and stealing about $100 worth of items. Nine days after that, Rissell caused a ruckus at John Adams Middle School, which he was attending at the time. Then, in 1971, Rissell was charged with stealing $27 from a community pool near where he lived. A month later, Rissell stole a car.

These offenses pointed to a sort of acceleration that reached its first peak on April 16, 1973. On that day, Rissell robbed and raped a woman who lived at his apartment complex on North Armistead Street in Alexandria, Virginia.

Because of this crime, Rissell was sent to a psychiatric hospital in Florida. Despite his incarceration, Rissell committed five rapes during this time.[3] Eventually, Rissell was released in 1975 and dropped out of high school at age 17.

8 The Murder of Aura Marina Gabor 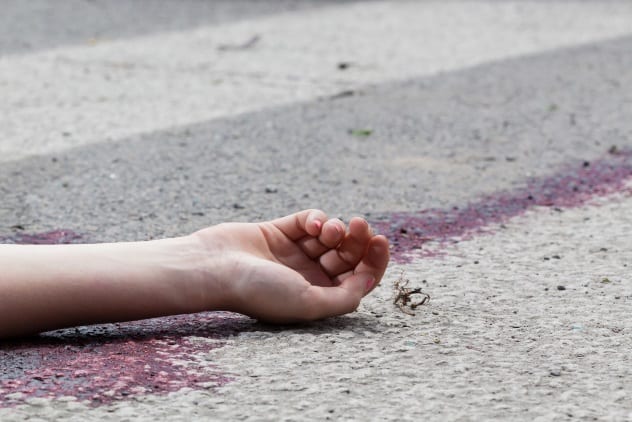 According to Ressler in his book Whoever Fights Monsters, the catalyst for Rissell’s first murder was a breakup. In August 1976, Rissell’s girlfriend, who was one year older and had just entered college, sent him a “Dear John” letter informing Rissell that their relationship was over. Angered, Rissell drove to his ex’s college and observed her walking with her new boyfriend. Instead of confronting the two, Rissell drove back to his apartment complex and sulked in his parked car with a beer and a joint.[4]

At around 1 am on August 4, 26-year-old prostitute Aura Marina Gabor returned to her apartment. She just so happened to live in the same complex as Rissell. Rissell approached Gabor’s car with a knife and attempted to rob her. The pair began having sex after Rissell promised not to hurt Gabor. The fact that Gabor willingly had sex with Rissell and seemed to enjoy it angered the teenaged killer. Rissell killed Gabor by strangling her with her own bra.

7 The Murder of Ursula Miltenberger 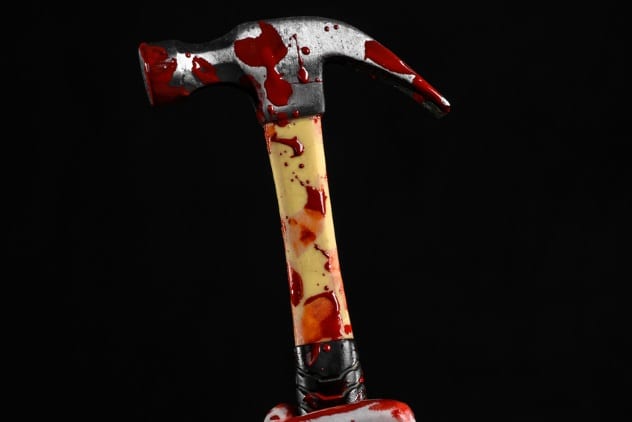 Ursula Miltenberger was originally from Ridgeley, West Virginia. She was a farm girl and a big one, standing 175 centimeters (5’9″) and weighing 77 kilograms (170 lb). An active, somewhat precocious youth, Miltenberger left Ridgeley for the big city of Washington, DC. After moving into an apartment in Fairfax County, Virginia, the 22-year-old Miltenberger began working as a bill collector and a part-time management trainee for a McDonald’s franchise.

The last time anyone saw Ursula alive was in March 1977 at approximately 2:10 am. Before leaving the McDonald’s in Lincolnia, Miltenberger had reportedly told a coworker that she had plans to attend a party that night. On March 6, 1977, a horseback rider discovered Ursula’s body near a housing complex in Burke. Miltenberger was found with her hands and feet bound, and investigators noted that she had been both struck with a blunt object and stabbed multiple times. The initial report said that Ursula had not been sexually assaulted.[5]

6 The Murder of Gladys Ross Bradley 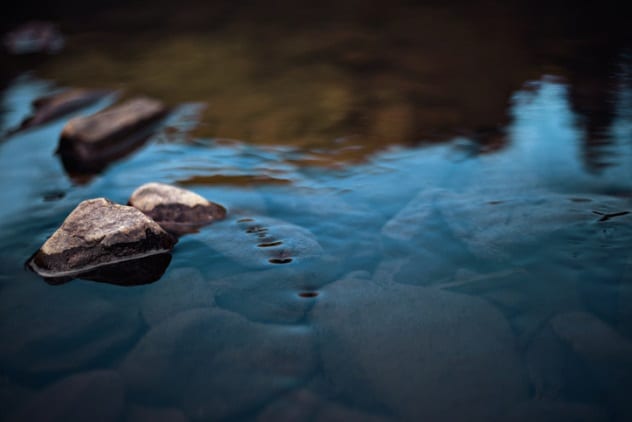 Gladys Bradley was only 27 years old when Monte Rissell murdered her. At the time of her death, Bradley was a clerk in a Virginia post office. Bradley was also a former member of the Job Corps and a student who studied floral design. Bradley lived at the Holmes Run Park apartment complex, located at 5420 North Morgan Street in Alexandria. Most of Rissell’s victims also lived at this same complex.

Unlike Rissell’s prior victims, Bradley was a divorced mother of one and African American. In April 1977, Rissell waited for Bradley outside her apartment. In his hands, he carried a knife from his mother’s house. Rissell raped Bradley several times and then drowned her in a nearby creek. Bradley’s body was found on April 30th by police. According to Douglas in his book Mindhunter, the Bradley case showed that Rissell no longer feared getting caught and, as a result, had truly begun enjoying his crimes.[6]

5 The Murder of Jeanette McClelland 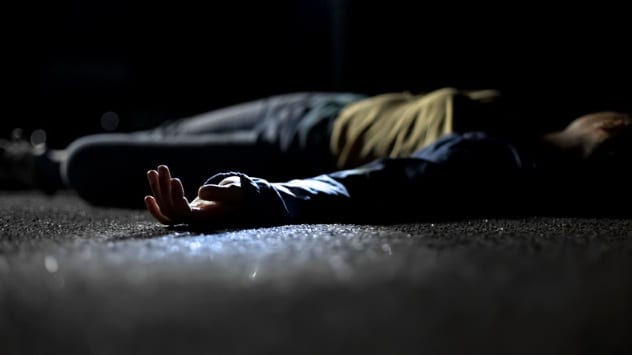 Jeanette McClelland, 24 years old, was in a good mood in May 1977. She had recently completed craftsman’s training as a graphics design proofreader. This was all part of McClelland’s greater plan of becoming a journalist.

Unfortunately, McClelland’s dream ended on May 5, 1977. On that day, McClelland’s body was found not far from a housing complex along Virginia’s Shirley Highway. Like Bradley and some of the others, McClelland lived at the Holmes Run Park apartment complex on North Morgan Street. Investigators learned early on that Jeanette’s killer had stabbed her some 24 times. She had also been raped before her death.

McClelland was white and unmarried, and for the majority of her life, she had lived with her parents in Springfield, Virginia. McClelland was last seen alive working at the Bru-El Graphics company in Springfield, where her shift lasted from 7:00 pm to 3:00 am. Rissell likely saw McClelland near the apartment complex and soon began stalking her.[7]

4 The Murder of Aletha Byrd 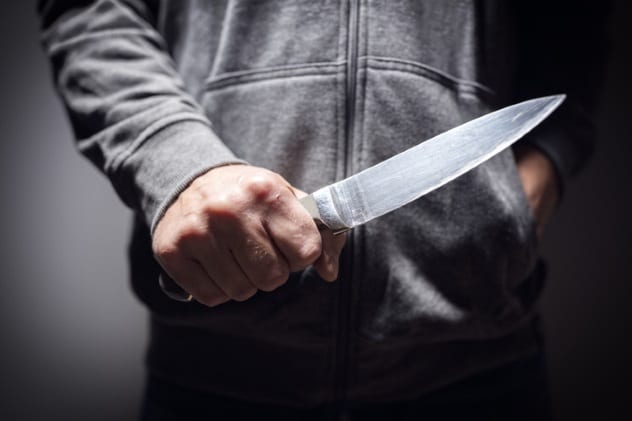 Rissell’s final murder occurred sometime between April 10 and May 17, 1977. Byrd was much older than Rissell’s other victims, being 34 (some sources say 35) at the time of her death. Like Bradley, Byrd was African American, divorced, and a mother. Byrd had a steady job at a Woodward & Lothrop store located in Tysons Corner, Virginia. On April 2, 1977, Byrd began a well-deserved vacation.

Eight days later, Byrd was reported missing to the police. Byrd would not be found again until May 17. On that date, investigators discovered her body in a wooded area in Fairfax County. She had been stabbed 14 times. Again, like so many of the other victims, Byrd lived at the Holmes Run Park apartment complex.[8] 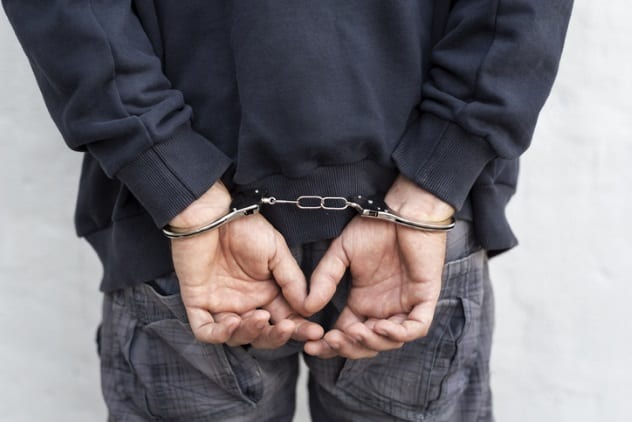 Monte Rissell’s murder spree ended one day after Aletha Byrd’s body was discovered. Rissell, who was already under police surveillance at the time due to his past convictions, was caught in a roadblock. When police searched Rissell’s car, they found Byrd’s wallet and other personal possessions.

The case against Rissell had been building since at least March 8, 1977. At that time, two police officers—Alexandria police officer Detective John W. Turner and an unnamed Fairfax County investigator—began looking into the similarities between the Miltenberger and Gabor murders. Turner noticed that both Gabor and Miltenberger had been murdered not far from their cars, and this pattern reappeared following the discovery of Gladys Bradley’s body. Turner, who had known Rissell since the 1973 rape and robbery case, drew a triangle on a map that connected Gabor’s car, Bradley’s car, and Rissell’s apartment. Rissell’s fingerprints were later matched to prints found on Miltenberger’s car, which further sealed the killer’s fate.

Ultimately, on May 18, 1977, Rissell admitted to kidnapping, raping, and killing all five women. Rissell was just 18 at the time of his confession.[9] 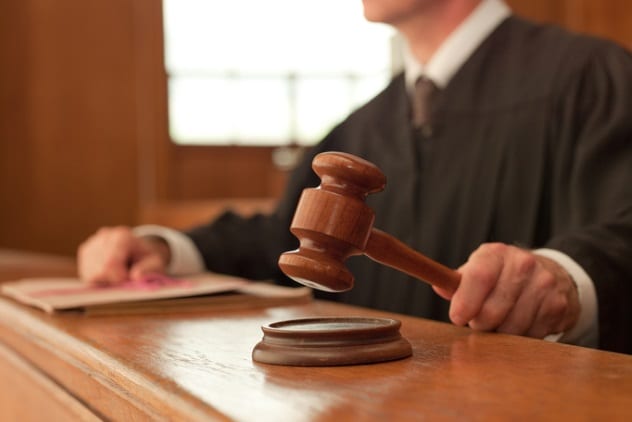 In 1995, Rissell went up for parole for the first time. Originally, at his 1977 trial, Rissell had been convicted and received four consecutive life sentences for his crimes. He was eventually sentenced to five life sentences in 1978. The news of Rissell’s parole hearing kicked off a minor firestorm in Northern Virginia. The families of his victims protested the fact that the coldhearted killer might once again enjoy freedom. The cries of the protestors proved loud enough that Rissell’s parole was denied in 1995.

Since then, Rissell has been up for parole every year, and every year he has been denied.[10] The reasons for refusal include: “History of violence—indicates serious risk to the community”; “Serious nature and circumstances of offense”; “Release at this time would diminish seriousness of crime”; and “Prior failure(s) and/or convictions while under community supervision, therefore, unlikely to comply with conditions of release.”

Now in his 60s, Rissel remains incarcerated at Pocahontas State Correctional Center in Virginia, where he will likely remain until his death. 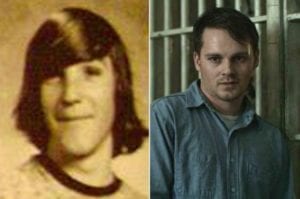 When Ressler and Douglas began researching Rissell and conducting interviews with him, both were shocked to learn that his IQ had been scored at over 120.[11] This means that Rissell is one of the more intelligent serial killers in history. Besides this, Douglas notes in Mindhunter that Rissell never showed any remorse for his crimes. However, both Ressler and Douglas learned a lot about serial killer behavior from Rissell. For instance, both investigators noted that Rissell usually killed after a triggering event or “stressor.” For instance, Rissell raped and murdered Gabor following a bad breakup with his girlfriend.

Rissell’s crimes also showed a high level of depersonalization as the killer began thinking of his victims as something other than fully human. However, Douglas noted that sometimes, this depersonalization did not work. For instance, Rissell let one of his victims go after she told him that her father had cancer. Rissell must have felt some empathy, considering that his older brother had cancer at the time.

Most importantly, Rissell’s admission that his crimes were predated by years of intense sexual fantasies convinced Ressler and Douglas that this is a dynamic shared by almost all sexual predators. Essentially, after years of dreaming about sex and violence, a teenaged Rissell could longer fight temptation.