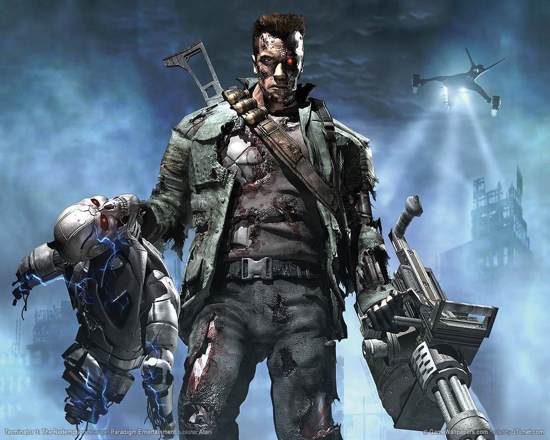 The words “cybernetic” and “governor” come from the same word. That puts Arnold Schwarzenegger in a whole new light, doesn’t it? Cybernetic, while popularly known in the context of biotechnology, is to do with the science of regulatory systems. This can mean the way computer programs control robotics, or how social groups are arranged into hierarchies. The word “cybernetics” comes straight from the Greek word “kubernetes”, in English. The Greek “K” (kappa) is generally turned into a “C” in English, and the Greek “U” (upsilon) becomes a “Y” in English (cyclops is a perfect example). In Greek, a kubernetes was the pilot of a ship, the person who controlled how the ship moved.

The Greeks were better sailors than the Romans, so it did not take long for the Romans to use Greek terminology on Roman ships. The Romans, however, favored the “G” sound over the “K” sound, and “kubernetes” became gubernator. From there, the word started to mean “the guy in charge.” Centuries passed, and the Latin-speaking Franks, who lived in one particular region of Gaul, imposed their pronunciation of Latin on the region, which they now called “France” or “land of the Franks.” Just as the Romans preferred the “G” sound to the “K,” the French preferred the “V” sound to “B”, in this particular word, giving us “governor.” The French “governor” passed into English after the Norman invasion (more on that later). 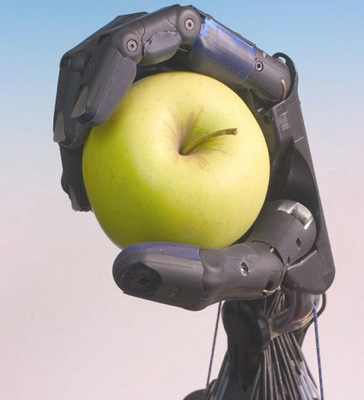 Unlike the two previous words, dexterity and sinister do not come from the same word, but were, in fact, opposites. Dextera in Latin means “right hand”, and Sinistra in Latin means “left hand.” Both words acquired their modern connotations in antiquity. The right hand was the hand that held a soldier’s weapon. “Right-handed” became slang for being skillful or agile, giving dexterity its modern meaning millenia before it was reduced to another stat on an Orcish archer’s ability score.

Sinister’s modern meaning comes from fortune-telling. Augurs (not to be confused with auger, a word discussed a little later) were Roman priests who specialized in divining the will of the gods by watching the flight of birds. The number, direction, origin and species of birds seen, all had some meaning to the augur. Birds seen in the augur’s right field of vision were auspicious, or favorable, while birds seen off the left shoulder were unfavorable, thus “sinister” acquired the meaning of harmful or evil. 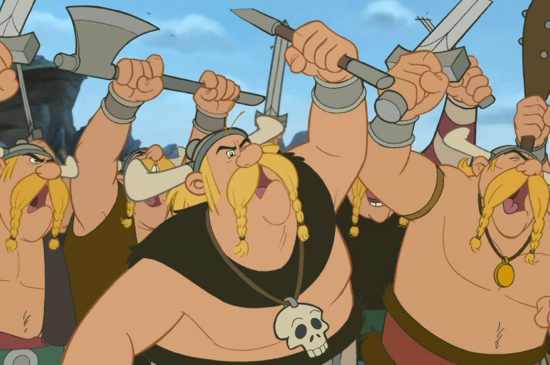 The Anglo-Saxons who invaded and settled Great Britain spoke a dialect of West Germanic, the largest of the three branches of Germanic languages. In the 11th century, Vikings from Denmark invaded and settled throughout what would become modern England, eventually controlling half of the region. These Danes spoke a dialect of North Germanic. The two languages were very similar, but had a number of important differences in pronunciation. Words that had a sh pronunciation in Old English were given a sk pronunciation in Danish.

Both cultures wore a long, unisex frock. In Old English it was called a scyrte (pronounced shoor-teh), while in Danish it was called a skyrta (skoor-ta). As the two cultures mixed, Danish words found their way into the English vocabulary. The nearly identical words for the same object began to be used alongside each other. One came to mean the top half of a man’s outfit; the other came to refer to the bottom half of a woman’s outfit. The same thing happened to many other words, such as screech and shriek. 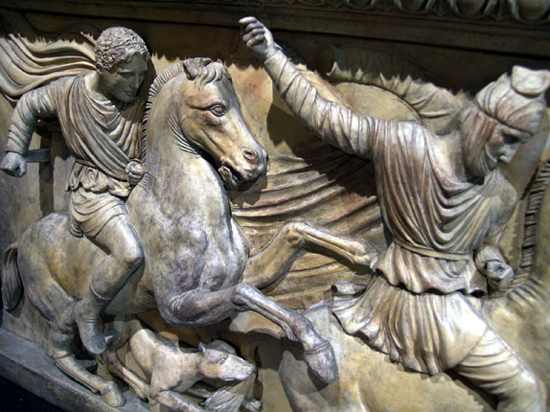 The Greeks have never called themselves “Greek.” They have always referred to themselves as “Hellenes”, after the mythological figure Hellen (not to be confused with Helen of Troy). The word “Greek” comes from the Latin term “Graeci,” which means “the people from Graia,” the first Greek town the Romans encountered. Gringo, a derogatory word for non-Spanish speakers that is used in many Spanish-speaking areas, likely comes from Griego, the Spanish rendering of Graeci. The word was originally a casual way of saying “foreigner” in Spanish, not unlike the English expression “it’s Greek to me.” After the Spanish expansion into the Americas, the word began to take on a more derogatory context. 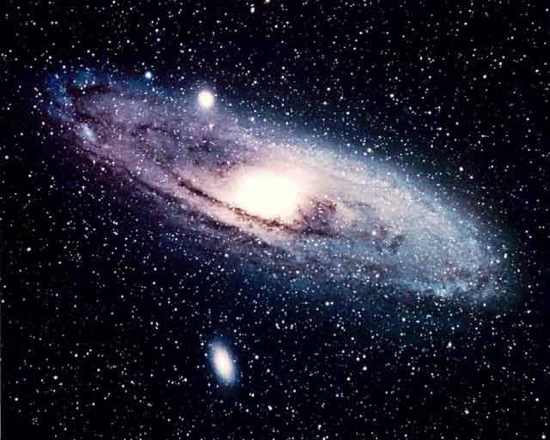 Our home galaxy, the Milky Way, is named after its milky-white appearance in the sky. The word galaxy developed out of the Greek galaxias, with the word galax as its root. The actual term “Milky Way” is a translation of the Latin “via lactea.” Lettuce comes from the Latin word for lettuce, “lactuca.” The word developed from lac (lactis) because the juice of the plant has a milky white appearance. Speakers of Old French pronounced “lactuca” as “laitue.” The English term, developed from the plural “laitues,” was eventually spelled “lettuce.” 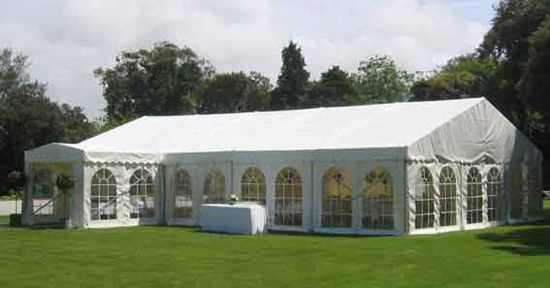 A “mark,” as in an indentation or trace, comes from the Old English word “mearc” (or “merc,” depending on whether one came from Saxony or Mercia), meaning boundary or frontier. The modern definition comes from tracing the boundaries of an area (i.e., marking the boundaries). The word was incorporated into many place names, such as Mercia (the region the Angles settled on the northern borders of Saxony), and Denmark (or, rather, Danemark). The name “Mark” is a shortened form of the Latin name “Marcus,” which came either from Etruscan, a lost language, or from Mars, the Roman god of war, and is unrelated to the noun/verb “mark.”

The French title “marquis” originally denoted a nobleman who ruled territory along borderlands. The word eventually came to denote any nobleman above the status of count, but below duke. During war, a marquis would stay in the officer’s quarters in a camp. The tent occupied by a marquis was known as a “marquise.” This term carried over into English where it was used to refer to any tent or awning above the entrance of a building, particularly in theaters that used the space to advertise shows. 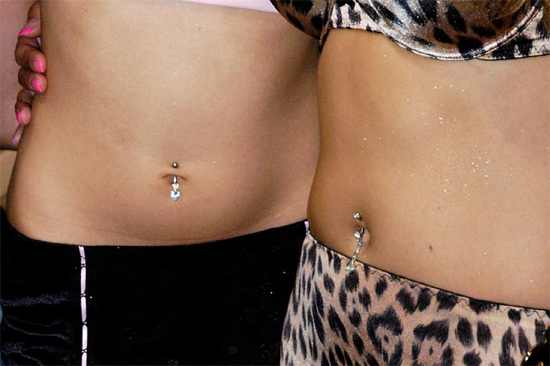 The navel, or belly button, took a more or less straightforward trip from Old English to Modern English. It comes from the Old English word “nafela” (Old Norse, a North Germanic language, rendered it “nafli”), and meant the center of the body. Navels have traditionally been thought of as the center of something. The ancient Greeks believed Delphi was the center of the world, and they erected a large, stone belly button, known as the Omphalos (Greek for navel) that can still be seen in the Delphi museum. The word “naval” comes from the Latin word for “ship.”

An auger is a device used for drilling a straight hole. The word is an interesting example of a phenomenon known as apheresis, the loss of a letter or sound in a word. Most cases of apheresis occur when the initial vowel is unstressed (such as the way “opossum” has become “possum”). The original word was “nauger”; it lost the initial “n” not because it wasn’t stressed, but because of the article “a.” When someone asked “Can you loan me a nauger?” people tended to hear “Can you loan me an auger?” (The same thing happened with “orange.” Compare to the Spanish “naranja.”) The word comes from the Old English word “nafugar,” which meant “navel spear.” 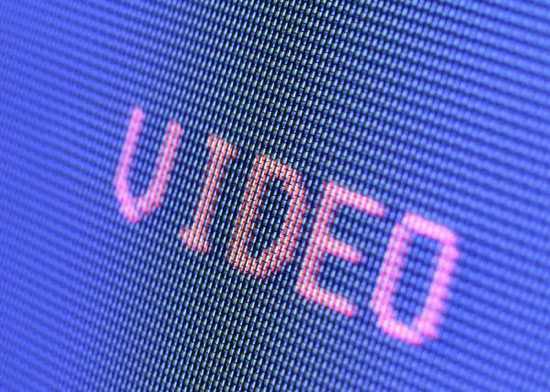 These two words have to go all the way to proto-Indo-European (PIE) language to find their original connection. Wise comes from the Old English “wis.” Wis developed out to proto-Germanic “wisaz.” Ultimately, the word comes from the PIE word *woid-/*weid-/*wid- which meant “to see”, and from that “to know.” The “w” at the beginning of that is a pesky little sound. It was dropped from the Greek language early on (the Greek verb “oida,” originally “woida,” meant “to know”; we get the word “idea” from this word), and in Latin it was represented by the letter V. Modern languages pronounce the letter as — well, you don’t need me telling you how to pronounce the alphabet. This isn’t kindergarten. But in ancient Latin, the letter was pronounced the way we pronounce the W (veni, vidi, vici was literally pronounced “weni, widi, wiki”).

In the mid-1800s, “frequency” was used in physics to denote the rate of vibration in wave patterns. As science developed, radio waves, and their corresponding frequencies, entered the public vocabulary. Frequencies that could be heard were referred to as audible frequencies, and, by 1919, the slang term “audiofrequency” developed. By 1934, the words were separated, and “audio” became an autonomous word. “Audio”, by coincidence, is literally Latin for “I hear.” When looking for a corresponding term to match visual technology, someone naturally thought of the corresponding Latin term for “I see.” The word was “video,” and it came from the very same PIE word as the Proto-Germanic “wisaz.” 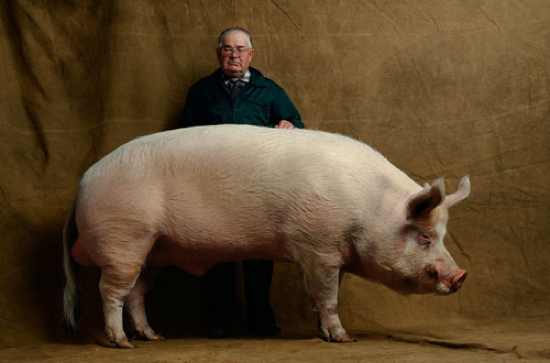 After the Norman invasion of Great Britain, England was ruled by an aristocracy that spoke French, while the common people spoke Old English. This dichotomy has drastically shaped the English language. Vocabulary derived from French or Latin has, since, been the mark of education (96% of words on the United States SAT Reasoning Test come from Latin or French, while only 1% have an Old English etymology). The effect of a French speaking aristocracy was not limited to the educated, but impacted everyday language as well.

The aristocracy had no need to spend time around farm animals. The only time they ever saw, or spoke of, a farm animal was when they were hungry and wanted something to eat. When they called for food, they used animal names from the French: words like pork (from Latin porcus), beef, poultry or venison. The animals, however, were tended by a peasantry that used words derived from Old English: words like pig (from Old English picg), cow, chicken and deer. The divide in terminology slowly cemented itself in the language, giving Latin-derived words for animals the meaning of meat from those animals. 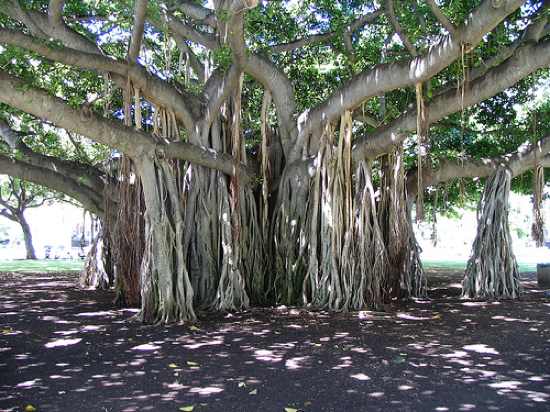 Tree comes from the Old English treow, meaning “tree.” In and of itself, the word has a straightforward story. Interestingly, the word “true” comes from the Old English treowe, meaning “faithful” or “steadfast.” The word developed metaphorically from the image of a tree as being rooted to the ground and immovable, and therefore steadfast. What is interesting about this meaning, and the reason I have submitted it as the number one entry, is that this word “true” has never completely lost its original meaning of “being faithful.” The idea of “truth” in other languages has its roots in radically different words. Latin’s veritas comes from words associated with reality and experience, meaning “something which can be confirmed.” Greek’s aletheia means “not forgotten” and was tied closely to the transmission of stories from one generation to the next.

In English, however, truth comes from loyalty, steadfastness and faithfulness. This original meaning has never been lost. We have phrases like “a true friend” to mean someone who sticks by you when times are tough, or “true to his word,” which refers to someone who doesn’t break a promise, but remains steadfast and faithful to what he said. It is absolutely fascinating that after fifteen hundred years of use, the word still has elements of its original connotation. The meaning itself has remained steadfast throughout the centuries.