Because of the sheer size of the war, many significant battles have become nearly forgotten because they a) were relatively small in scale b) took place outside of the three most well known fronts (East, West and Pacific) c) achieved strategic goals instead of spectacular ones or d) were overshadowed by larger battles taking place at the same time. This is a selection of 12 of the lesser known, but significant, battles and operations from The Second World War.

The Battle of The Hague was a paratroop attack on the Dutch capital, designed to make the government capitulate and avoid a longer land battle. The Dutch lost airfields on the outskirts but held the city itself, later counterattacking and recapturing the airfields. They inflicted heavy casualties on the paratroops and held on to these defensive positions until the situation around them deteriorated, and they were ordered to retreat.

In this one day battle, the Nazis lost 125 transport aircraft. This loss complicated the logistics of the planned invasion of England and was a part of the chronic lack of transport aircraft the Third Reich faced throughout the war. This deficiency would become most evident on the eastern front, especially at The Battle of Stalingrad, where Paulus’ 6th Army was promised but never received adequate supplies from airdrops. The lack of resupply lead to Paulus’ surrender, and one of the major turning points on the eastern front. 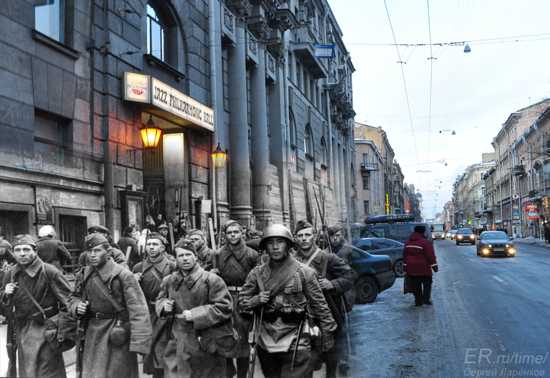 Operation Iskra was an attempt to breakthrough the Siege of Leningrad and open a supply route to the beleaguered city. Leningrad had been virtually cutoff from the rest of Russia for well over a year at this point, and relied on supplies sent over Lake Ladoga.

The assault succeeded in opening a road to Leningrad, later to be called the “Road of Life.” Although the German siege would not be lifted for over a year, this lifeline would sustain the city until the Red Army launched counter offensives to clear the German presence in the area and relieve the cities suffering. 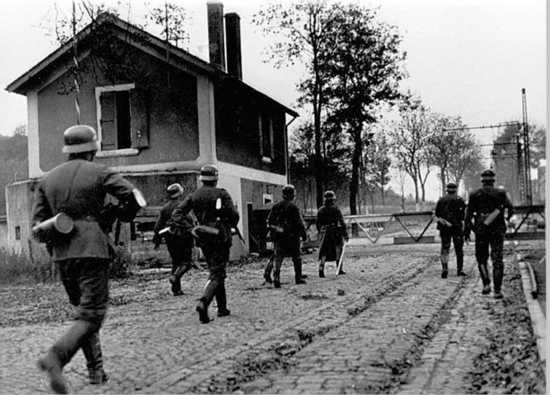 During the height of the Dunkirk evacuation, the 40,000 remaining troops of the French 1st Army holed up in Lille, and fought off a German attack for five days. The Nazis attacked with over 100,000 men and 800 tanks, or more than an 1/8 of their infantry in Dunkirk and nearly one third of their entire tank force in France.

During these five days, over 250,000 (of a total of 338,226) troops were evacuated from Dunkirk to England. Though most of BEF’s equipment was lost, this was easily replaced by the Lend-Lease program with the United States. Without these soldiers, Britain would have been virtually defenceless until an entirely new recruit army could be trained, and a much more tempting target for Hitler. 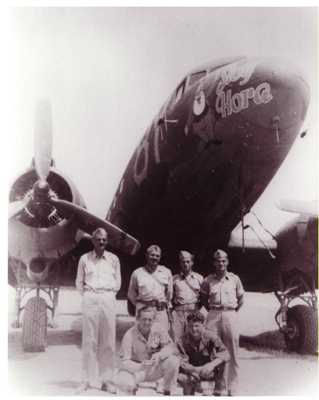 Operation Dragoon was the Allied invasion of southern France. Despite being one of the largest amphibious operations in history, it was overshadowed by Operation Overlord and is virtually forgotten today. The landings were lightly opposed because of the Normandy Campaign and successful diversion tactics, and by the end of the first day advances of nearly thirty kilometers had been achieved.

During the late summer of 1944, the Allied advance from the Normandy beachheads had bogged down due to lack of supplies. Capturing port facilities became of the utmost importance because key ports in northern France were unusable. By mid September, Operation Dragoon linked up with units from the Normandy advance, and the port of Marseilles had begun receiving supplies. By the end of the war, southern France would supply nearly one third of Allied material in Europe. 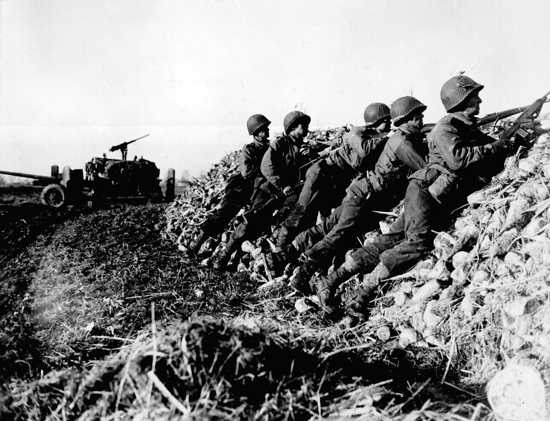 This was another operation aimed at opening a port city. Antwerp had been captured in early September, but the Scheldt Estuary, which allowed access from the North Sea to the city was still in German hands. The First Canadian Army (a mix of Canadian, Polish and British troops) was tasked with clearing the area and opening Antwerp to Allied shipping.

The month long battle was highlighted by nearly endless amphibious assaults and water crossings, extensive German mining of the river and heavily fortified defensive strong points. It was not until the capture of Walcheren Island, on November 5, that the estuary was secured, though Antwerp wasn’t opened to shipping until November 28, because of mining and damage to the port.

Hitler felt that Antwerp was such a strategically important city to the Allies, it’s capture was a main objective of The Battle of the Bulge. 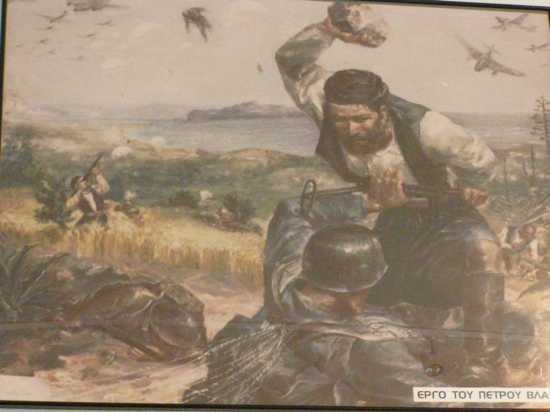 The Battle of Crete ended in a German victory, but one that helped seal it’s fate. Much like The Battle of The Hague, this was an airborne operation aimed at quickly capturing key airfields on Crete, then flying in reinforcements to finish the job. Hitler’s main focus at this time was the looming invasion of the Soviet Union, and, as a result, German commanders were given limited time and resources for the operation

The Allied force (made up of New Zealanders, Australians, Greek and British troops, along with armed civilians) surprised the Germans with their resistance, but the major airport of the island was lost due to miscommunication. This critical mistake allowed re-enforcement to be landed and superior numbers to be brought against the under-equipped Allied force, eventually leading to victory.

The Luftwaffe lost 370 planes, either destroyed or damaged during the battle, a high proportion of which were transport aircraft. It would be the last major Nazi airborne operation. 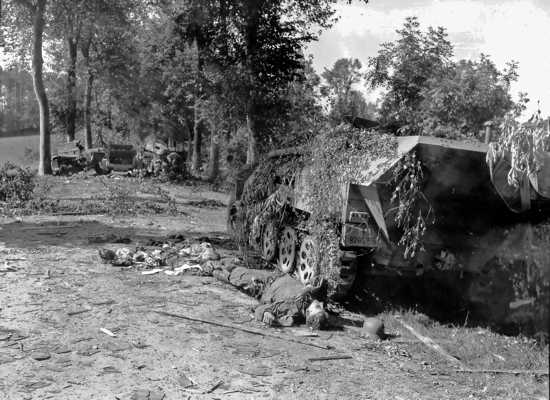 This was a smaller part of the Battle of Smolensk (a Soviet loss), but was the first successful counter-attack by the Soviets against the Germans. It showed the Red Army that the blitzkrieg had a weakness against encirclement, and caused over 50,000 German casualties.

It also restored the career of Marshal Georgy Zhukov. Stalin had dismissed him as The Chief of the General Staff because of an earlier defeat and given him command of the Reserve Front. After this offensive, he was given command of the Leningrad Front, and would move on to oversee the defense and counter-offensive at Stalingrad. He would become the most decorated general in Russian history. 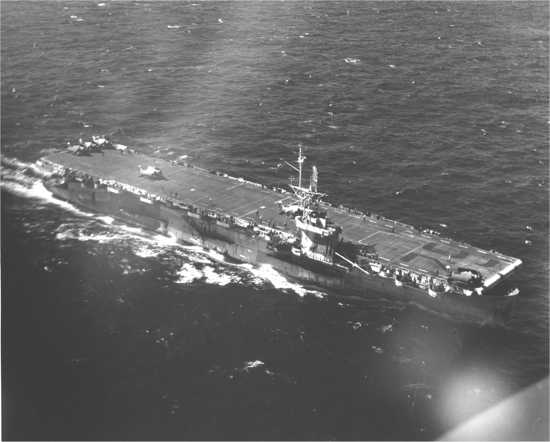 The Battle off Safar was part of the decisive four day Battle of Leyte Gulf in the Pacific Theatre. The Japanese Navy had successfully pulled the main US force from the area and attacked the remaining units with the largest surface fleet assembled since the Battle of Midway. The opposing American force had only 13 ships in total, 10 of which were escorts (small, slow variants) and no heavy ships.

The American fleet did have six escort carriers, and their air power would be vital during the battle. Air attacks and nearly suicidal attacks by the remaining ships stopped and then broke up the Japanese attack, despite taking severe losses. The Japanese commander believed he was up against a much larger force because of the severity of the attacks and broke contact.

The battle showed the power of air supremacy at sea and virtually broke the Japanese Navy. Only one of the ten Japanese heavy ships involved in the battle would see subsequent action. 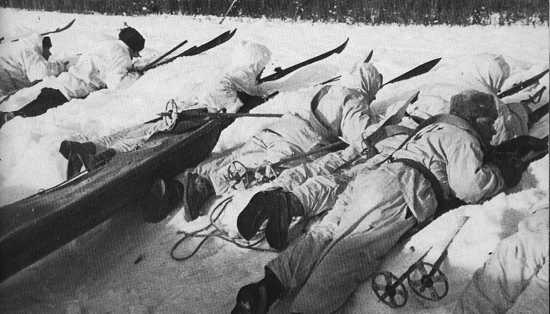 The Battle of Suomussalmi was the decisive battle of the Winter War between Finland and the Soviet Union. Despite being heavily outnumbered in men and material, the Finns were able to stop the advance into their country by using their mobility and exploiting the Russians reliance on the few roads in the heavily forested terrain. The Finnish Army was also much better equipped to fight in the grueling winter conditions, while Russian equipment routinely froze in the cold, as did their under clothed soldiers. 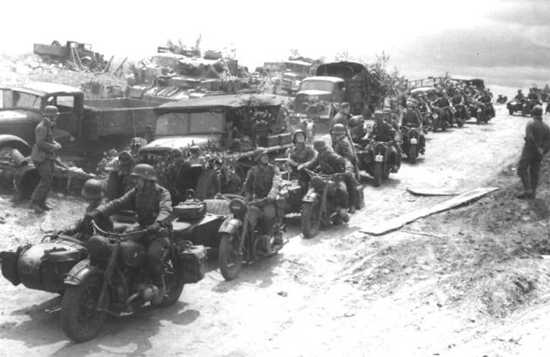 While the invasions of Sicily and Italy are quite well known, the importance of the Axis evacuation of Sicily has been terribly overlooked. During this week, the Axis Powers were able to evacuate 50,000 German and 75,000 Italian troops across the Straight of Messina to mainland Italy. The Allies were unable to prevent this because the invasion plan didn’t account for troop exhaustion, and lack of reserves. The Germans also conducted an expert rearguard action to slow down the Allied progress.

The Italian Campaign was the longest, and one of the bloodiest, on the western front, causing over 300,000 casualties on each side. Many of the units that had escaped Sicily would fight until the wars end, helping to make sure that progress up the Italian Peninsula would be agonizingly slow. 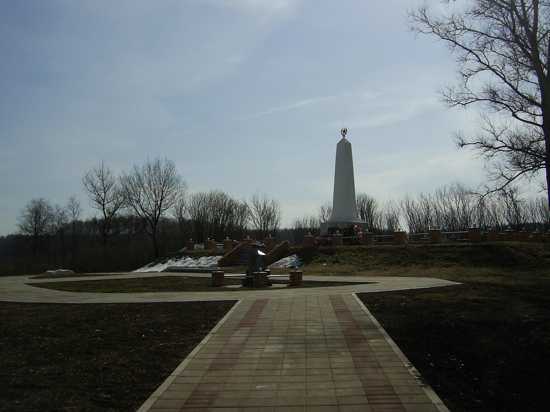 This was a Soviet offensive operation that took place during the Battle of Stalingrad and is still largely undocumented. The Red Army sought to encircle a German salient west of Moscow, near Rzhev, and relieve pressure on Stalingrad. Later, propaganda would claim this was nothing but a diversionary attack, but the number and proportion of troops deployed and the ferocity of attack suggests otherwise.

The operation achieved little, but cost over 300,000 Russian and 40,000 German casualties. The series of battles that this was a part of, The Battles of Rzhev, is equally unknown, yet accounted for at least one million total casualties. This area gained the nickname “The Rzhev meat grinder”, for the terrible fighting and losses taken in the area. And to top off this hell on earth, the city of Rzhev had a concentration camp in it’s town square. 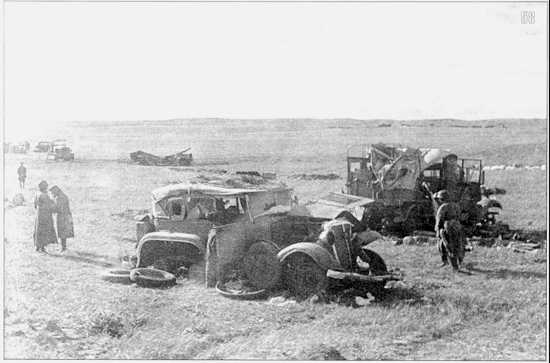 The Battles of Khalkhin Gol preceded the formal start of the Second World War, and were part of the Soviet-Japanese Border Wars. I have included it because it was not decided until the larger war had begun and for it’s indirect effect on how the war would unfold.

After initial border clashes escalated, a Japanese Army assaulted Mongolia from Manchuria. The Japanese progress was checked, turned into stalemate and eventually turned back by a Soviet counterattack designed by Marshal Zhukov. The brilliant use of combined arms and encircling tactics isolated and defeated elements of the Japanese army, while the remaining troops retreated to the pre-invasion border for safety.

This battle had two unforeseen outcomes that impacted the war. First, it checked Japanese intentions in Mongolia and central Asia and assured that the Japanese and Germans would never be linked overland through Russia. This would confirm Japanese plans to look towards the Pacific to expand, eventually leading to the attack on Pearl Harbour.

More importantly, Hitler offered the Soviet Union a nonaggression pact (Molotov -Ribbentrop Pact) which included terms for occupation and influence in Poland, the Baltic States, Romania and Finland within days of Japan’s defeat. This allowed Hitler to secure one possible flank in the upcoming war against Poland and subsequently, France.