There is no doubt that food is constantly on my mind. If you are a friend of mine on facebook or a facebook Listverse fan you will see that the majority of my recent posts involve my food experiences. So, this list should come as no surprise! We have had food facts, food misconceptions, food horrors, and now we have food facts that should be surprising to the majority of our readers. If you have others you think we missed, be sure to add them to the comments. 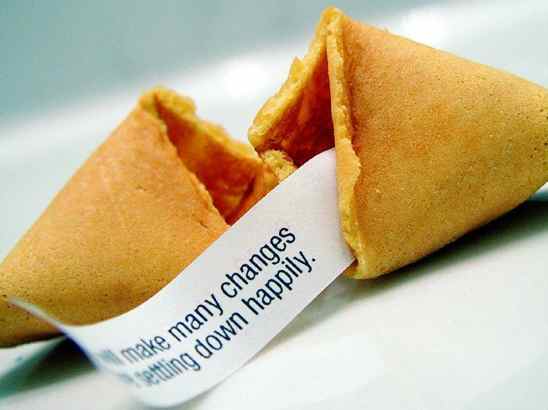 The fortune cookie was invented in San Francisco in 1909, at the Japanese Tea Garden Restaurant. In 1916, Los Angeles noodle manufacturer David Jung claimed to be the inventor, but a San Francisco court ruled that Makoto Hagiwara, caretaker of Golden Gate Park’s Japanese Tea Garden, was the creator of the cookies, which he served to guests of the gardens. [Source] 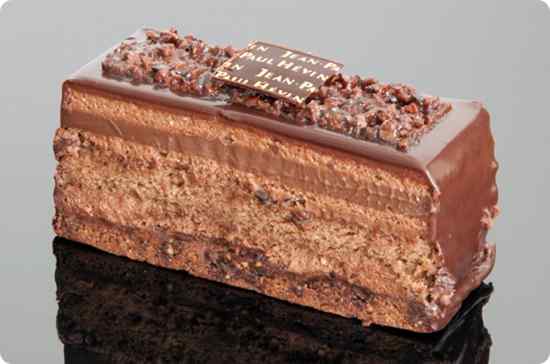 The deadly tonka bean (often added to perfume as a cheap alternative to vanilla) is banned outright in the United States as a food additive. Despite its highly poisonous qualities, it is popularly enjoyed in France in high quality pastries (pictured above is Jean Paul Hévin’s famous “Tonka”). Despite its reputation as a killer, only a few countries ban its use in food. The smell of fresh tonka beans is like a combination of bitter almond, vanilla and clove. It is unique in its mix of tastes, which is why it is so highly prized in the best European pasty houses. [Image Source] 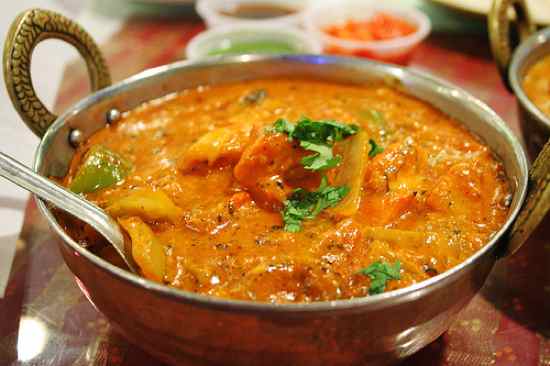 Chicken tikka masala, the hugely popular Indian curry, is not Indian. It was invented in Glasgow, Scotland. Yes, one of the most loved Indian dishes comes from the home of haggis and hogmanay. It is, according to statistics, the most popular “Indian” dish in Britain. 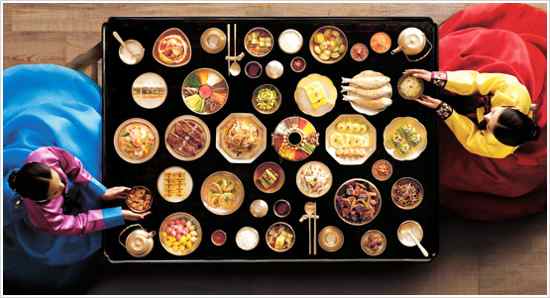 In Korea, to this day, when a young person is eating with someone older, they must turn their face away from the elder member of the table and shield their lips with their hand when taking a sip of alcohol. This is done as a sign of respect. The importance of respect is found everywhere in Korea: the Korean language has over 600 different word endings to be used in different social situations, depending upon seniority. This makes Korean the hardest language in the world to learn, despite its simple 24 letter alphabet (Hangul). 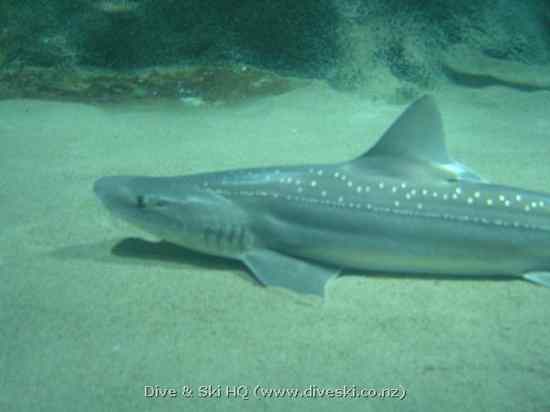 Shark and Tatties (pronounced “shark and tay-tees”) is the New Zealand slang term for fish and chips – the crispy alternative to the British version, which is usually soggy and served with skin on, accompanied by a side of grey overcooked ‘mushy’ peas (sorry, Brits – but it’s true – NZ fish and chips is always cooked to order). As the name suggests, the most commonly used fish in New Zealand for this delightful dish is shark (rig shark to be exact – pictured here). Due to people possibly being upset, the meat is marketed as “lemon fish”. In a strange meld of rich and poor, equally popular with shark and fries is deep fried battered Bluff Oysters, the best in the world, which are nearly ten times more expensive than the fish. On Facebook, you can see a recent photograph of my dinner of shark, oysters and chips (fries), with homemade ketchup and New Zealand’s Watties Tomato Sauce. Oh – and awful supermarket white bread which lacks flavor and substance, but is particularly favored for fish and chips. (Editors Note: As a Brit I do have to protest the disparaging comments on our Fish and Chips. I also wanted to note, for the uninitiated, that that terrible white bread Jamie mentions is awesome when made in to a sandwich with the chips – a French Fry Sandwich, or “chip buttie” – seriously, try it – you’ll be pleasantly surprised!) 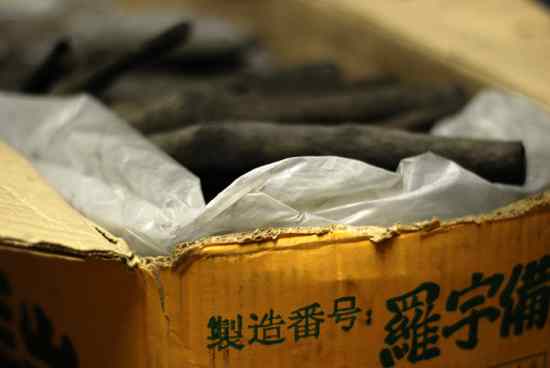 Cooking with charcoal inside the house can be deadly, due to the release of carbon monoxide. Despite this, white charcoal (binchotan charcoal) is commonly used inside homes in Japan and Korea, as well as in Asian restaurants all around the world (at least two restaurants in California use 100% indoor charcoal grills). With good ventilation, white charcoal can be safely cooked on, even in close quarters. It produces no smoke due to the manner in which it is made, and consequently it lends a subtle and pure flavor to barbecued meat. The US Center for Disease Control says that charcoal should never be used indoors (including white charcoal) as there is a risk of death by carbon monoxide, but that hasn’t stopped people in Asia from continuing their 1,000+ year tradition of doing so. White charcoal is a special type produced in a very different way to black charcoal. It is as strong as steel, and when you have finished cooking you can dump water on it and use it again, at least three more times. 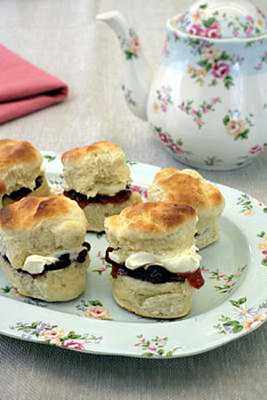 Would you like to come for tea? If you visit the British Empire (and its commonwealth nations) you might be surprised at what you get if you say yes. Tea, for most commonwealthers and many Brits, means the main meal of the day (at night) – not a cup of tea with scones (pronounced like shone – not moan) eaten in the afternoon – as it was known by the upper class English. How has this come about? The most likely explanation can be found in the menu of the Titanic:

Primarily the settlers of the commonwealth were of the third class variety. If you want to see what the different classes actually ate on the Titanic (their final voyage in fact), you can read the menus here. 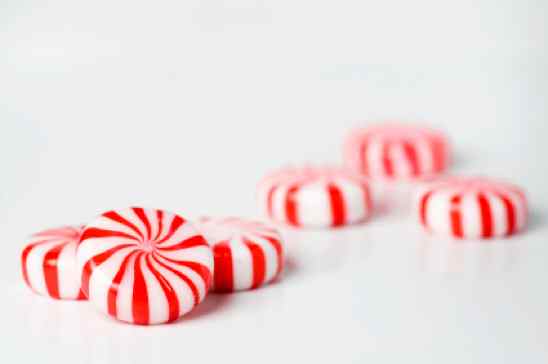 Have you ever eaten a peppermint and inhaled at the same time, only to find that your mouth burns? In fact, your mouth is getting cold! Peppermint contains high traces of menthol (making it, and spearmint, the main sources of menthol for other uses) which triggers your mouth’s cold receptors. On the opposite side of the scale chili peppers trigger the mouth’s hot receptors. If you want to try a weird experiment, chew a chili and a peppermint at the same time. Oh – and to make things even more interesting- while the mint makes you think you are eating something cold, the actual temperature of the area affected remains the same before, during and after the consumption. 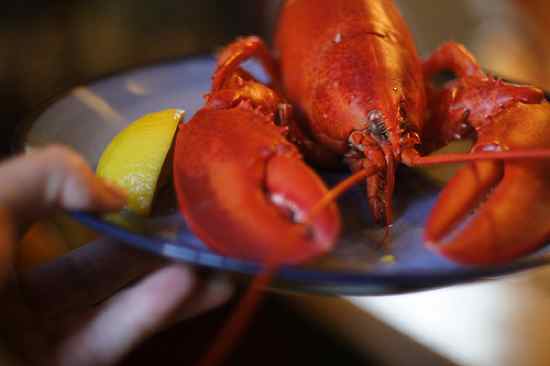 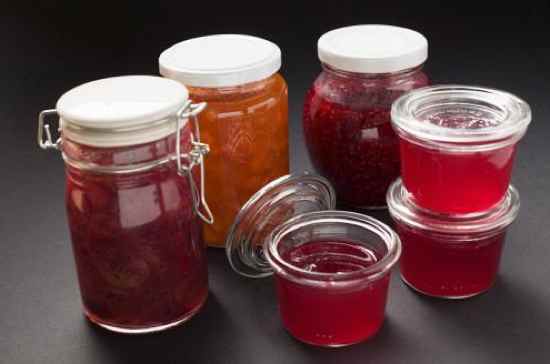 Jelly and jam are different things. Jam is cooked crushed fruit (with sugar), jelly is gelatinized fruit juice (with sugar) but is called Jell-o in the United states (US Jelly is jam without the fruit pulp). And to make matters more confusing we have conserve. Conserve is a whole fruit jam made of one or many fruits cooked with sugar. Making conserve is harder than jam or jelly, as the fruits must remain in their whole shape through the cooking process. Oh – and did you know that gelatine is made from the hooves of animals?