As has been discussed before in a previous list, an artisan craft is the practice of creating an item made to serve one or more practical functions and be influential as an artistic work. Though some of the entries on this list serve no practical purpose other than artistic merit and aesthetics, they are all the more welcome as they borrow from similar skill-sets to craft. The focus of this list is on the more intriguing and lesser-known artisan crafts but is also composed of suggestions in demand from the previous list. As such I have tried to include as much information on the crafts mentioned that I have deemed relevant and informative, and as a result, some of the list entries are longer than others. Feel free to suggest or mention your own craft in the comments! 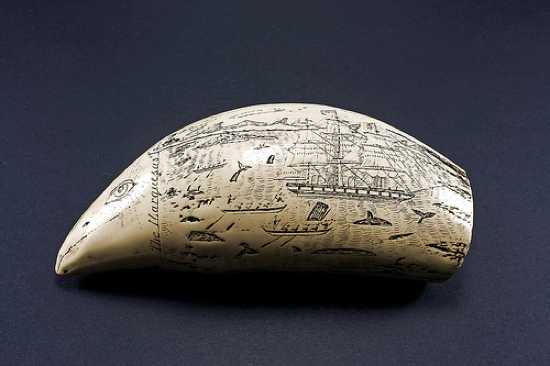 Scrimshaw is the handiwork of carving and engraving the byproducts of marine mammals, most commonly the bones and teeth of sperm whales, the baleen of other whales, and the tusks of walruses. The practice originated on whaling ships around the 1750s on the Pacific Ocean, and was largely practiced until the ban on commercial whaling. The practice still survives as a hobby and as a trade for commercial artisans. A maker of scrimshaw is known as a scrims hander. 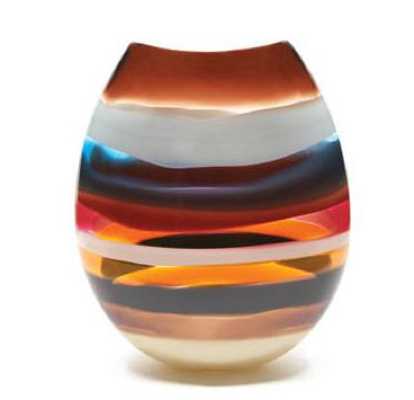 Glassblowing is a technique of forming glass into certain shapes that involves inflating molten glass into a bubble, or parison, with the aid of a blowpipe. Glassblowing exploits a working property of glass known as inflation. Inflation refers to the expansion of a molten blob of glass by introducing a small amount of air to it. There are many methods as to how to shape the glass and add a variety of color to it, but items made with glassblowing techniques tend to retain their rotund or spiral shape. 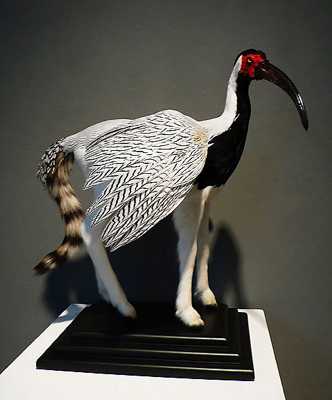 Taxidermy is considered an art form and it also serves a few purposes for the taxidermist; they may practice their craft for artistic reasons as a hobby, for studying anatomy, or for catering to individuals or organizations such as hunters and museums. The actual art of taxidermy is the preparing, stuffing, and mounting of animal skins for display. Typically, vertebrates are used and are preferred to work with as they are easier to set up in different positions. It is also worth mentioning that there are two subcategories of taxidermy: rogue taxidermy and anthropomorphic taxidermy. Rogue taxidermy is the creation of stuffed animals which do not have counterparts in real life and are usually based off of myths and folklore while anthropomorphic taxidermy is where stuffed animals are dressed as people or displayed as if engaged in human activities. The latter was popular in Victorian and Edwardian times and is not as common today. 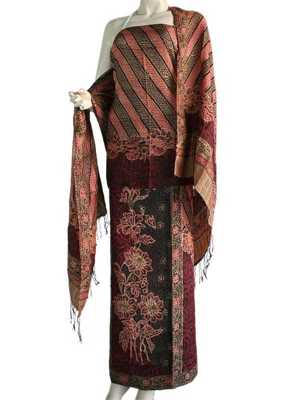 Batik is a cloth that is traditionally made using a manual wax-resist dyeing technique. Batik or fabrics with the traditional batik patterns are found in Indonesia, Malaysia, Japan, China, Azerbaijan, India, Sri Lanka, Egypt, Nigeria, Senegal, and Singapore. Traditional colors include indigo, dark brown, and white, which represent the three major Hindu Gods (Brahmā, Visnu, and Śiva). This is related to the fact that natural dyes are most commonly available in indigo and brown. Certain patterns could only be worn by nobility; traditionally, wider stripes or wavy lines of greater width indicated higher rank. Regions of Indonesia have their own unique patterns that normally take themes from everyday lives, incorporating patterns such as flowers, nature, animals, folklore or people. The colors of pesisir batik, from the coastal cities of northern Java, is especially vibrant, and it absorbs influence from the Javanese, Arab, Chinese and Dutch cultures. 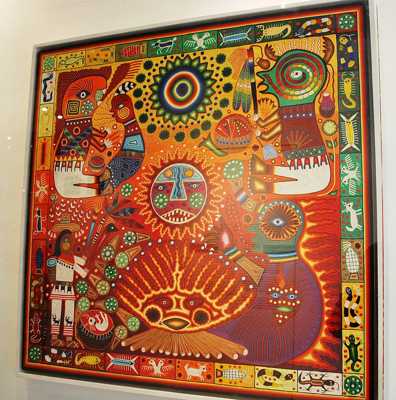 Huichol art goes back for centuries and today is made with items such as yarn and small beads in Central America. This has replaced many of the traditional materials such as clay, stone, and vegetable dye. Huichol art includes the making of beaded earrings, necklaces, anklets, masks, and yarn paintings. What mostly links the yarn paintings and beaded objects made today is the continuance of the traditional patterns used for centuries to represent and communicate with the gods. The use of commercial materials has allowed for the production of more elaborate designs and brighter colors, as well as more flexibility in how traditional concepts are rendered. It is also important to note that India has a strong Huichol art movement with similar styles and techniques. 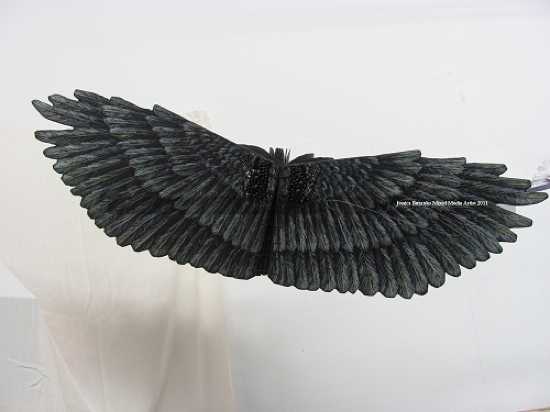 Bookbinding is the process by which a book is assembled from a number of folded or unfolded sheets of paper or other material and usually involves attaching a cover to the bound pages. The history and origins of bookmaking is extensive, with many cultures contributing different techniques, methods and resources to create a book. Early examples include, but are certainly not limited to: Roman scrolls, wax tablets and parchment; Greek tomes; Indian palm-leaf books and the Mayan codex. Ultimately, we have settled into a routine that binds the newest bestseller at your nearest bookstore in paperback or hardcover. There are numerous methods of binding books; the above image was coptic stitched and conceptualized by Jessica Buzanko. The method requires a proper amount of tension between the paper sewn through their folds and the stitches across the spine.

To quote her experience on crafting this book, “this binding technique is used on hard cover books and can prove to be very difficult at times with knots and tension. I figured this out when I broke the Irish linen I was using twice and had to re-do the entire book once it was actually sewn together because it was not tight enough.” 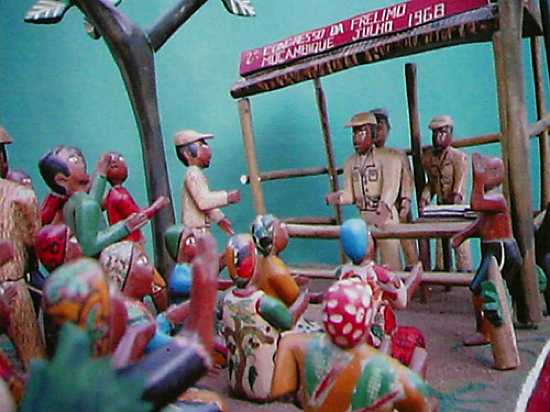 Psikhelekedana is a traditional art form from southern Mozambique that dates back to at least colonial times. Psikhelekedana craft miniature models consisting of small wood carvings painted in bright, glossy colors. At the time the sculptures reflected the agricultural society they lived in as well as depicting wild animals such as birds, snakes or crocodiles. They would also craft miniature spoons, bowls and other household objects. With the sprawl of urbanization Psikhelekedana began to take on new forms and evolve to represent the times with objects such as vehicles or technology taking the forefront of Psikhelekedana artistry. Everyday life was depicted as well, with city life being depicted more and more commonly instead of the agricultural representations from colonial times. In the 1980s a trend emerged where entire scenes would be crafted by the artists. This trend became more and more dominant as time progressed, and especially at the end of the Mozambican Civil War in 1992 (a scene depicted from the war in the image above). Scenes that are depicted are usually based off of Mozambican history, such as the arrival of Vasco da Gama, the Carlos Cardoso murder trial, or the 2000 Mozambique flood. Another example of Psikhelekedana depicting a business meeting can be seen here. 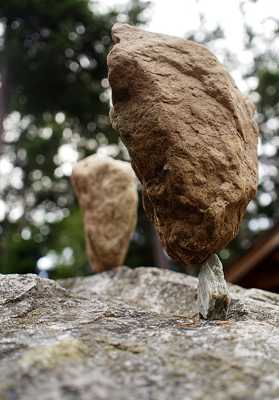 Stone balancing is a very straightforward art. This art requires precision and discipline from the artisan to balance rocks on top of one another in various positions. There are no tricks involved to aid in the balancing, such as adhesives, wires, supports, or rings. Stone balancing can be a performance art or simply experimentation on the artist’s part, who may take a picture then return the rocks to where they found them (this is due to many public spaces’ and national parks’ regulations about not disturbing the landscape or the wildlife). Essentially, the art involves placing some combination of rock or stone in arrangements which require patience and sensitivity to generate. There are many styles of stone balancing, the one pictured above is called pure balance. 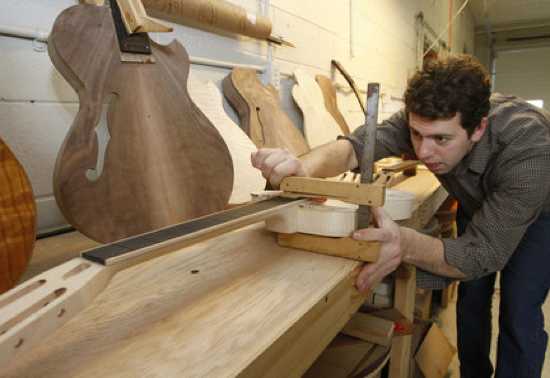 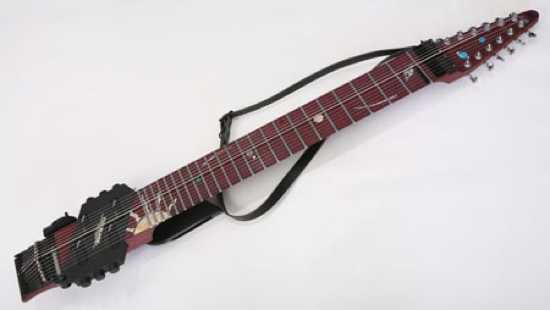 Experimental luthiers are craftsman who design instruments with altered parts, or who create altogether new and original instruments. Most commonly used in the experimental rock and jazz genres, most instruments are never replicated or mass produced on a scale like the guitar or violin. However, additions to major instruments, such as the original vibrato bar or pedals on a piano have become as fundamental as the instrument themselves. At one point, the piano was known to have six pedals. Of experimental instruments, the most widely known is the Chapman Stick (pictured above), which is a member of the guitar family. The Chapman stick can have between 8-12 individual strings which cover a wider note range than that of a 6 string guitar. Originally developed in the early 1970s by Emmett Chapman as a fully polyphonic chordal instrument, the note range of the Chapman Stick allows it to be used for baselines, melodies, chords and textures. It is played by fretting (known to many guitarists as hammer-on’s) behind the appropriate frets for the desired notes without the need of plucking or strumming the strings. Some players of the Chapman Stick have noted that it is more comparable to a keyboard due to its range of notes, ability to strike more notes at once, and the option to perform bass, chords and melody lines simultaneously.