Many of the larger creatures that have roamed the earth are seen as grand and powerful. However, evolution moves in strange directions at times. Often as a result of living in isolation and without predators, an animal can begin to lose the need for its vast size, and each generation grows slightly smaller. Dwarf versions of huge animals are as entertaining as they are fascinating. Here are ten for you to enjoy. 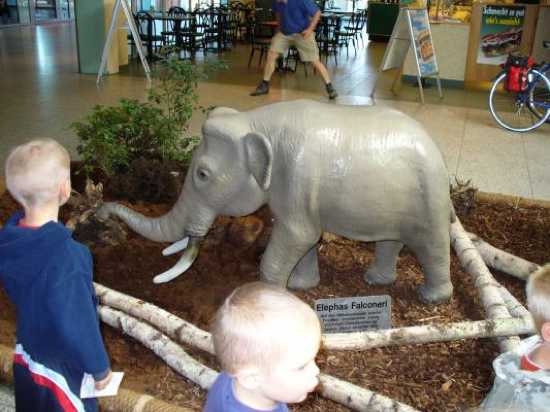 Upon many of the islands in the Mediterranean Sea are fossils of tiny elephants. These are known as dwarf elephants, and represent several distinct species which grew smaller after being isolated. This is known as insular dwarfism, an effect where a large animal which migrates to an island finds a lack of need for its size, and in each generation the smaller offspring are more successful. Over time, the entire species finds its average size shrinks. Dwarf elephants are descended from large elephants which walked to islands before rising water trapped them there. Similarly, skeletons of dwarf mammoths and mastodons have been found on many other islands. The smallest of all the dwarf elephant species was Elephas falconer, which weighed 200kg and was only 90cm tall when fully grown. Unfortunately, most dwarf elephants went extinct about 11,000 years ago as the Earth’s climate began to warm and the weather changed. Truly it is a pity that such wonderfully small creatures are not in abundance today. 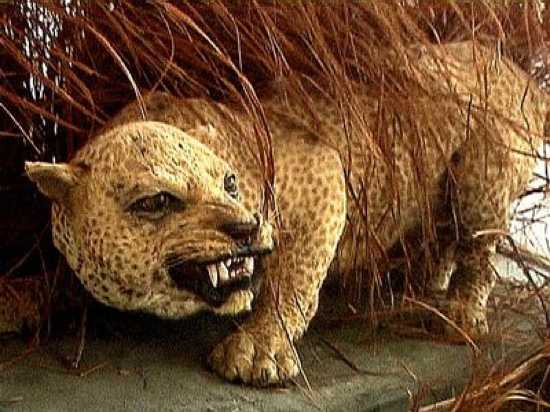 On an island of Zanzibar, off the coast of Tanzania, live a number of interesting wildlife. The Zanzibar leopard is among these, and is only half the size of other leopards, scarcely over 1m long. To further distinguish it, its spots are smaller and more evenly spread than those of other leopards. It is thought that leopards from mainland Africa walked to Zanzibar across the frozen seas during the last ice age, and that the Zanzibar leopard descended from these immigrants. Unfortunately, its population is despairingly low, and the only specimens are six skins, some taxidermied. It has never been studied in the wild, and has not been officially sighted since 1980. The local culture describes them as being the evil accomplices of witches, and consequently the leopard has been actively hunted even after it was listed as critically endangered. It is not even known if the Zanzibar leopard still exists, or, if it does, how much longer it can stave off extinction. 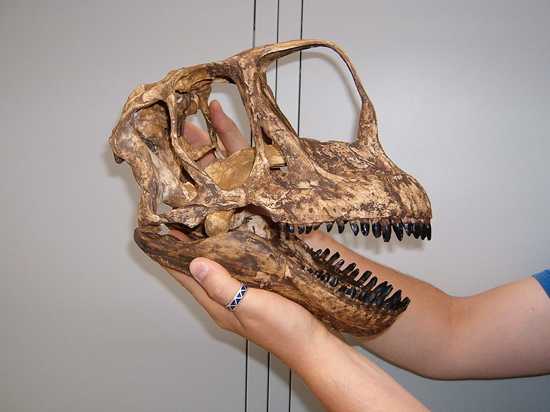 One of the more famous types of dinosaurs is the sauropods, the long-necked giants who include Brontosaurus, Diplodocus, Apatosaurus, and Supersaurus. They were typically over 20m long, and tended to be at least 5m tall at the shoulder. They evolved from smaller ancestors; however, there was one line of sauropods which first evolved great size before isolation caused them to shrink again. Europasaurus’ shoulders were about the same height as an adult human’s, and it was only about 5m long. At first, palaeontologists thought that Europasaurus was the infant of larger sauropods, but close examination of fossil bones revealed them to be fully grown. Juvenile Europasauruses were only the size of housecoats, and the adults were comparable to horses, yet otherwise they resembled creatures which were normally many times larger. 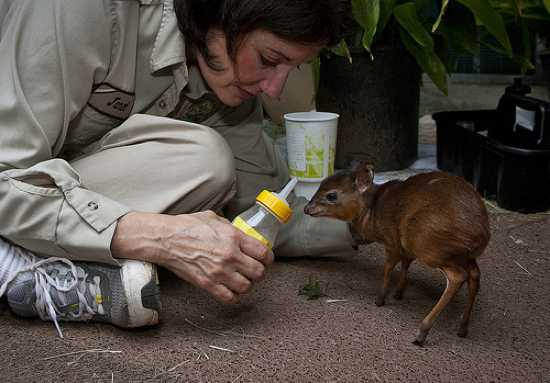 The royal antelope is the smallest of all antelopes. It stands only 25cm tall and weighs a mere 3kg. It is closer in size to a pet rabbit than other antelopes. It evolved its small size not from isolation, like many other animals, but due to its diet. Antelopes are herbivores, and each species tends to eat specific types of foliage. A single tree can feed any number of antelope, as each different height lets each species eat leaves in its own range. The ancestors of royal antelopes ate lower leaves, and due to competition from other small antelopes eating leaves at the same level, it gradually evolved to become the incredibly tiny animal it is today. Royal antelopes live in rain forests in West Africa, and eat leaves in the undergrowth, lacking the height to eat the leaves off trees at all anymore. They are cautious, shy, and only venture out to eat at night time. Surprisingly, when scared, they can jump up to 2.5m to escape any potential predators. This is equivalent to a human leaping 18m from standing. 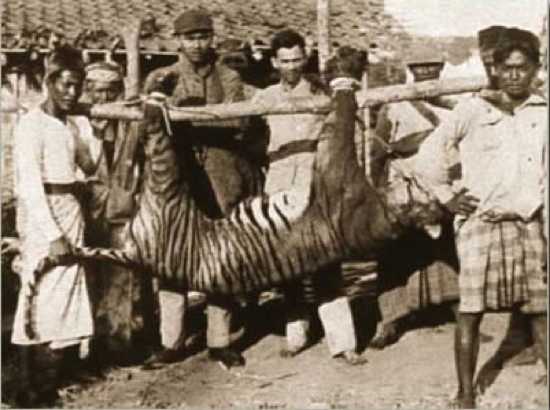 The largest of all the cats, tigers grow to over 3m in length and weigh over 300kg. They are the third largest land carnivore and are an apex predator, hunting in solitude using stealth, cunning, and formidable 9cm teeth. There are several subspecies of tiger, including the Bengal tiger, Siberian tiger, and Java tiger. The smallest subspecies ever described is the Balinese tiger. These lived on the island of Bali in Indonesia. Tigers are good swimmers, and genetic evidence suggests that they evolved from Java tigers who might have swam across to Bali from Java. They were 2m long and weighed less 100kg, making them much sleeker and less stocky than other tigers. Their fur had a dark orange color and sometimes showed faint spots between the stripes. They hold a special place in the local culture and religion, and although revered, they were seen as evil and were actively hunted until their extinction in 1937. 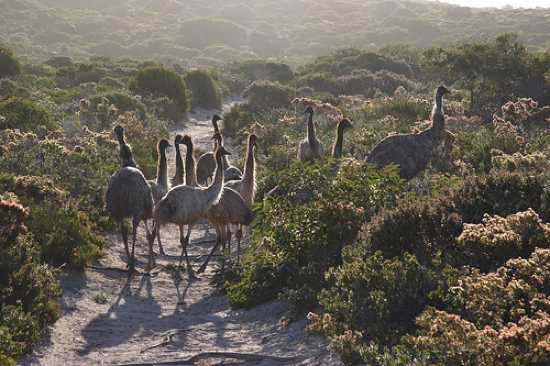 The emu is a flightless Australian bird similar to the African ostrich. They are typically 2m tall, weigh 50kg, and have long, thin, brown-grey feathers. They are good swimmers, can run at 50km/h, and have some of the strongest legs of any animal, easily able to kick through metal fences. On King Island, off the coast of the state of Tasmania, emus experienced insular dwarfism. Although descended from normal-sized emus, those on King Island were markedly smaller. They were 140cm tall and weighed only 23kg. Their feathers were said to be a dark brown and thicker than those of other emus. Europeans first described the King Island emu in 1802, however, when they decided to settle the island to hunt the many local seals, the bird had already died out completely. Several birds had been brought to France in 1804, and the skins of these are the only direct evidence left of the King Island emu. The cause of its extinction remains unknown, but is generally thought to be due to hunting by assiduous sealers. 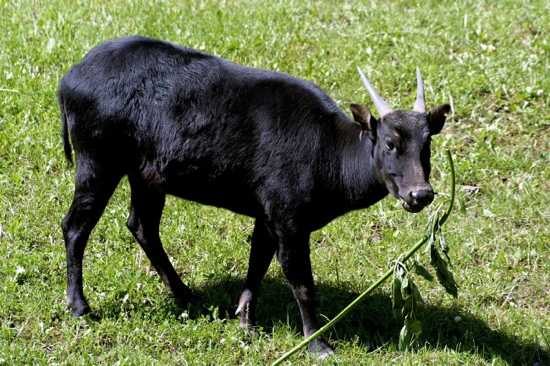 On Sulawesi, one of the many islands in Indonesia, live midget buffalo, two dwarfed species of water buffalo: the lowland anoa and the mountain anoa. Wild water buffalo are usually 3m long, 2m tall, and weigh in excess of 1,000kg. In contrast, mountain midget buffalo are only 70cm tall, 1m long, and weigh no more than 200kg. The lowland midget buffalo is only slightly larger, standing at 90cm tall. These tiny buffalo are comparable in size to a large domestic dog. They are the smallest of all wild cattle. Unlike other cows, they live alone or in pairs, and live a casual lifestyle of browsing leaves and grasses. They are hunted largely for their pelts, which are valued for their richness and quality. As a result, the midget buffalo is currently endangered, with each species having fewer than 5,000 members left. 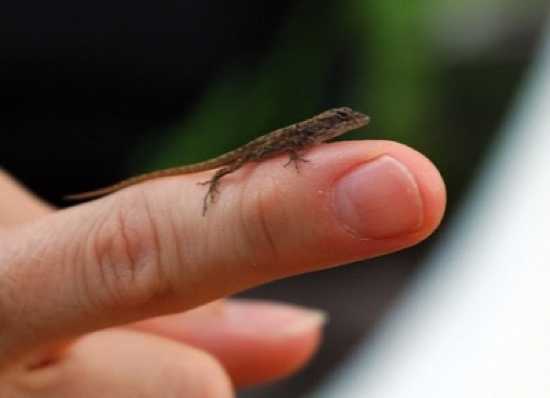 On three of the British Virgin Islands lives the world’s smallest reptile. The Virgin Islands dwarf gecko is minuscule, measuring at only 18mm long and weighing a maximum of 0.15g. They live on rocky mountainsides, and tend to hide under stones in the moist shade. However, due to their small size, they are incredibly hard to find, and there are no estimates of the population size. It could equally have an abundant population or be close to extinction. Dwarf geckos are brown with a distinctive short light stripe behind each eye. Their feet have a special gripping surface that helps them climb vertically when needed. Females are slightly larger than males, and they reproduce during the wettest times of the year. Due to their small size, they lose water almost twice as fast as their larger relatives; this is thought to be why they hide in the cool, damp shade and why they reproduce only when water is plentiful. 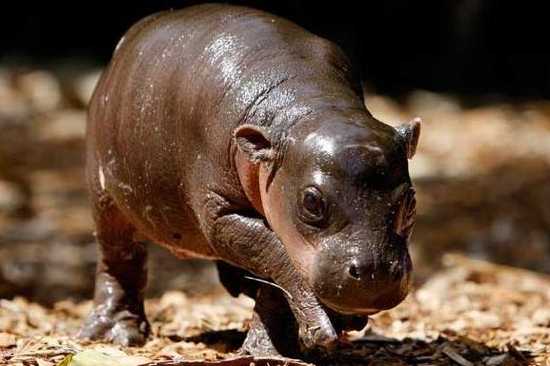 Hippopotamuses are the second most deadly animal to humans in terms of deaths per year, outdone only by mosquitoes. Their tough, bullet-proof skin dehydrates easily, so they wallow in water during the day and emerge in the dark to graze. Hippos typically weigh 1,500kg, are 1.5m tall, and are 3-5m long. These enormous animals had a much smaller cousin: Hippopotamus minor, the Cyprus dwarf hippo. Dwarf hippos were only 75cm tall and 120cm long, weighing about 200kg. They lived on the island of Cyprus until 11,000 years ago. The smallest hippo surviving today is actually only slightly larger and is known as the pygmy hippopotamus which lives in West Africa. These are endangered due to poachers and local wars, and only 3,000 are left in the wild. 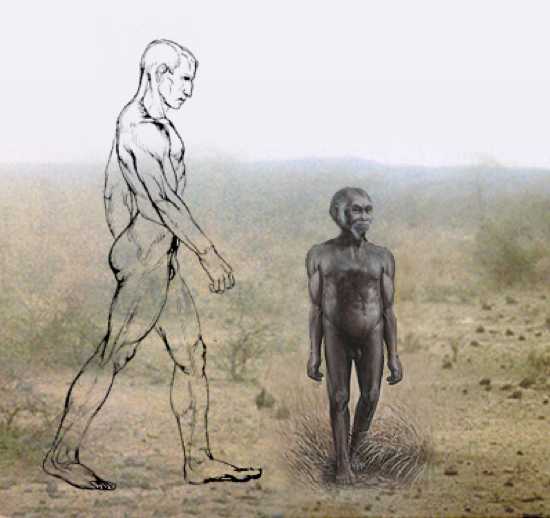 In 2003, strange bones were found in a cave on the island of Flores in Indonesia. These bones seemed to belong to diminutive humans, who were subsequently dubbed ‘hobbits’ after the halflings from Tolkien’s masterpiece. They were only 1m tall and had a brain capacity which was smaller than that of modern chimpanzees. Nevertheless, the cave in which they were found shows the remains of stone tools and fire, and analyses of the craniums have shown that although their brains were small, the regions responsible for intellect were nevertheless the same size as those of modern humans, putting them on par with us intellectually. Hobbit skeletons resemble Homo erectus more than Homo sapiens, leading many scientists to postulate that they evolved from H. erectus and grew smaller in isolation on Flores. They are one of the most recent hominids known, and are thought to have been wiped out in a massive volcanic eruption 12,000 years ago. As with most hominids, there has been a great deal of controversy surrounding their study and classification. Further searches hope to expose more fossils from which we might learn more about these dwarfed people who hold a near-mythological place in our culture.