Clinical death is defined as cessation or failure of all vital bodily functions. The heart stops beating, lungs cease to function, brain activity no longer exists, and the brain stem dies. Death comes in many forms, whether it’s expected due to a tragic medical diagnosis, an unexpected accident, or maybe planned and carried out by a disturbed person – death happens. Approximately 150,000 people die each day around the world.

Death is a fact of life that everyone will go through one day and the following are the 10 most fascinating stages one’s body experiences immediately following death if the body is exposed to a natural decay and not preserved by processes such as embalming. Most of these stages are known by studying university controlled “body farms” used by forensic anthropologists in an attempt to further knowledge in the forensic field. This can include identifying dead bodies and their circumstances of death. These “body farms” and the studies resulting from them have made a tremendous impact in solving crimes, including cold cases. As all of the regulars on this website know, J. Frater loves morbid and bizarre topics. This is morbid but also natural.

Images within this list are all safe for work.

If you like this list be sure to check out our Morbid Collection for much much more of the same. 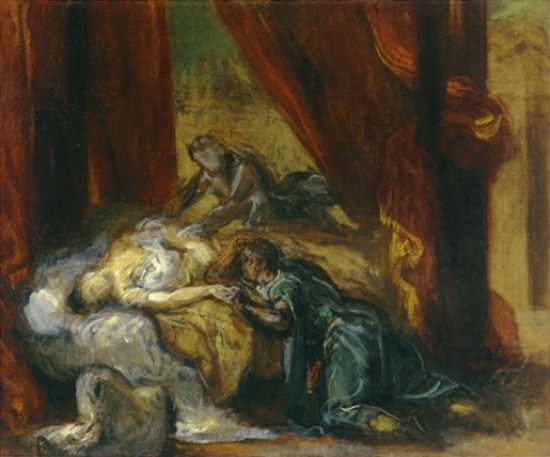 The heart stops, the body convulses, the person starts taking short gasping breaths, and the ears become cold due to the lack of circulation. The blood turns acidic, the larynx loses its cough reflex and a build up of mucous may occur. The passage of breath through this mucous due to spasms will cause a gurgling or rattle-like sound. This specific sound is also known as the “death rattle.” The lungs shut down and the brain also stops functioning. However, if the brain stem is still alive, the body still retains the ability to heal and perform other crucial functions. 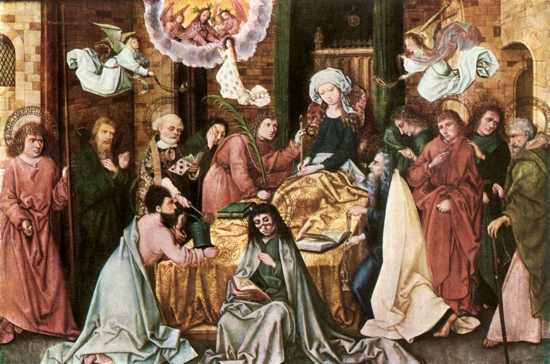 Clinical death arrives as the brain stops getting oxygen. This death of the brain eventually shuts down other vital bodily functions including circulation throughout the body and to the extremities. Pallor mortis, paleness of the body, sets in almost immediately because of lack of blood circulation. The pupils begin to have a glassy appearance and the body temperature begins to slowly drop due to depleting oxygen levels. This may be why many crime dramas use the plotline of a killer turning down the thermostat to keep the body cooler than it should be and give the police a false timeline of death. 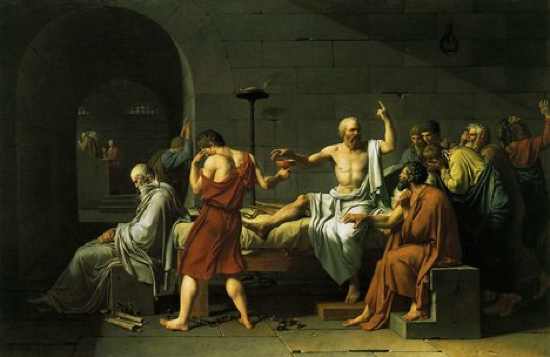 Blood starts pooling in the body, which starts causing discoloration called livor mortis, usually a reddish-blue color. The muscles relax which results in the bowels and bladder beginning to empty. Brain cells die in droves and liquefaction occurs. Pupils begin to dilate, unresponsive to direct light, and “cloud” over. The cloudy appearance of the pupils results from potassium in the red blood cells breaking down. This process can take longer (approximately 3 hours) but, because many people die with their eyes open, the process often occurs in this time frame. Some forensic scientists believe this clouding of the eye can be a better indication of the time of death than rigor mortis and livor mortis. The eyeballs flatten due to loss of blood pressure. At the end of this time frame, the brain stem dies. 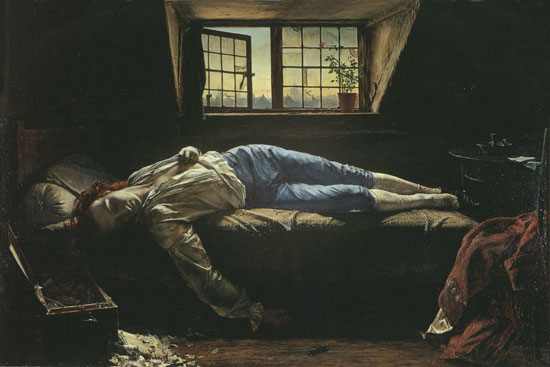 Rigor mortis begins to set in. This stage is where the muscles become stiff and the hair stands up. Rigor mortis is due to the lactic acid in the muscles causing rigidity in the tissue. This is why it appears that the hair seems to grow longer after death because the stiffening muscles push on the hair follicle. After four to six hours, rigor mortis begins to spread more throughout the body. The pooled blood begins to stain the skin a blackish color. At six hours muscles continue to spasm sporadically. Anaerobic processes, such as the liver’s breakdown of alcohol, continue. At eight hours the body starts to rapidly cool. This is called algor mortis. This is different than the initial cooling in that this process of cooling is much faster. 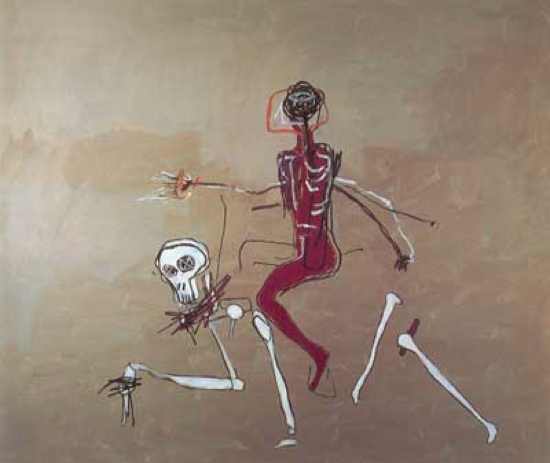 Rigor mortis ends at the beginning of this stage and the body again becomes pliable. If the body happens to be discovered, presentable, and in a mortuary, the undertaker takes advantage of this stage to position the body for presentation at a funeral (folding hands and such). At 24 to 72 hours, internal microbes putrefy the intestines and the pancreas begins to digest itself. This process liquefies the insides. In 3 to 5 days, decay starts to produce large blisters all over the body. If a body is not found until this stage, it will most likely not be presentable for viewing at a funeral. Bloody froth begins to trickle from your mouth and nose. 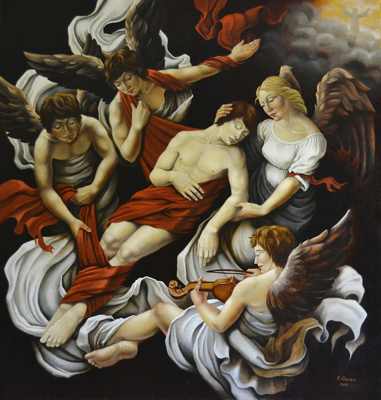 Bacteria, located in the intestines, feed off of dead tissue and give off gases. These gases cause the belly to begin to swell. The body starts to emit an odor during this purification. This is also called “the bloat stage.” The tongue will protrude out of the mouth due to the swelling of tissues in the neck and face. This swelling of the neck and facial tissues makes the body hard to identify if it is found at this stage after death. The formation of gases also causes any remaining feces or liquid in the body to be forced out. Sounds like the ultimate wet fart. The color of the body changes from red to green as the red blood cells decompose. 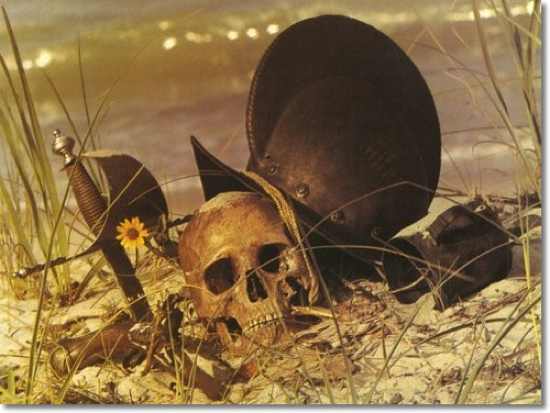 The hairs, nails, and teeth begin to detach very easily. The skin slippage during this stage can make it hard to move a body if discovered in this condition. Hopefully, if the teeth fall out they don’t fall far from the body, because this may be the only way to identify the body at this point. The skin becomes glove-like and can easily slip away from decaying muscle and connective tissue lying just below. Buffalo Bill, a popular character from The Silence of the Lambs, should have just waited for this stage to make his “woman suit.” It may have saved him a lot of energy and sewing materials. 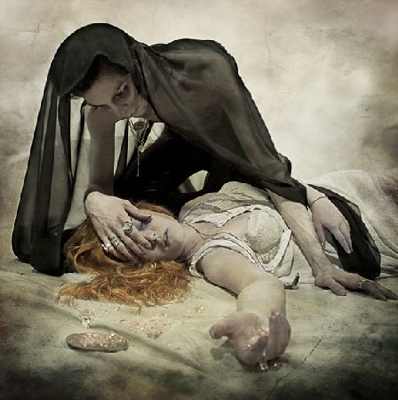 The skin begins to liquefy from internal gases and decaying or dries out, depending on environmental circumstances. I wonder if Jeffry Dahmer ever made any liquefied skin soup. Several types of insects feed on the body and cause the liquefaction of the dying skin cells. Some of the first insects on the scene are blowflies. Another favorite subject for famous crime dramas is the study of insect activity, lending to time and place of death determination. If the conditions are right, the body dries out instead of liquefying in a process called butyric fermentation or mummification. A body is also considered to be mummified when all of the organs are gone due to the feeding insects. 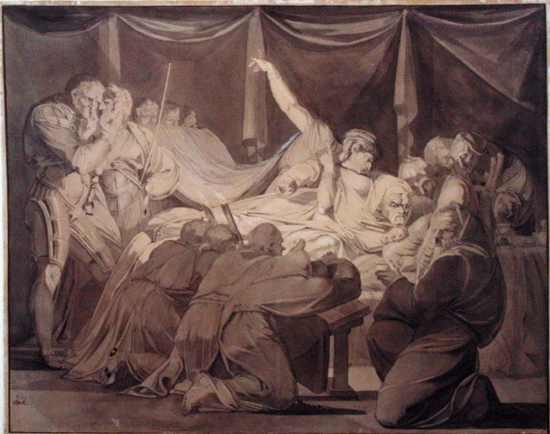 As the process of mummification is finishing, the body’s fat begins to breakdown and turns into a crumbly-white waxy substance called adipocere, also known as “grave wax.” It’s this stage where the putrid odor of the dying flesh on the corpse starts to deplete exponentially. It is believed, in the 17th century, that some individuals were known to use this adipocere to make candles for the use at the mummy’s vigil. The “grave wax” can also be important if the body is found at this stage because the adipocere can help retain body and facial features used in recognition, as well as any wounds or injuries that may have caused the death. 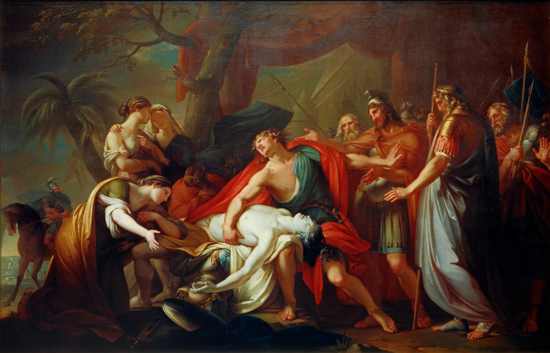 During this time span and depending on environmental circumstances, carrion eaters such as hyenas, large birds of prey (vultures, bald eagles, etc.) raccoons, and opossum have reduced the corpse to bones and other hard fragments of the body. Of the remains, teeth are the most resilient substance in the body. So even in the case of bone erosion, the remaining teeth can be used for identification purposes. At this stage, most bodies found will have to be identified by dental records. If the technology or DNA profile for comparison is available, DNA can also be extracted from teeth or bones for identification.