Evolution has provided us with a huge variety of animal genitalia to study. It turns out that while human sexuality is complex, it just doesn’t rise to the comparison with some members of the animal kingdom. Here is a list of some of the strangest genitalia to be found in nature. 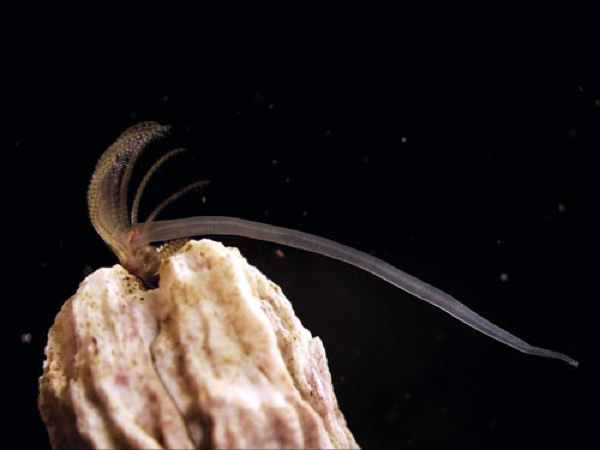 Humans have the largest penises of all primates, both in relative and absolute terms. Compared to barnacles, however, we humans are mere tiddlers. Once barnacles leave their juvenile stage, they become anchored to a single spot, from which they’re unable to move. This is one instance of playing it too cool, and it presents something of a problem when they’re looking for a mate.

Lots of sessile organisms get around this problem by simply releasing their sperm, and hoping it will find an egg. For this purpose, the barnacle has developed the longest penis, relative to its body size, in the animal kingdom. The penis extends from the shell of the barnacle, and uses a swinging motion to locate a mate before releasing its sperm. 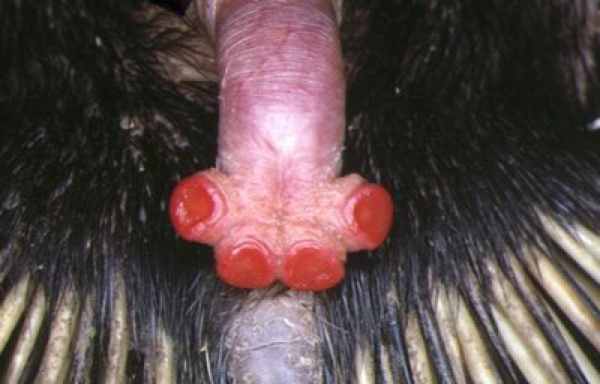 The penis of the echidna has been described as the most frightening penis in the world. Some of the other entries on this list might give it a run for its money, but it must be acknowledged that it is not a thing of beauty. The penis terminates in four cup-shaped heads. This shape of penis may seem unwieldy to those of us familiar with something else altogether – and indeed, even an echidna will admit that it’s inconvenient, since it doesn’t correspond to the echidna vagina. In order to prepare for mating, two of the four heads must shrivel, and the other two must rotate to ensure a more comfortable fit. 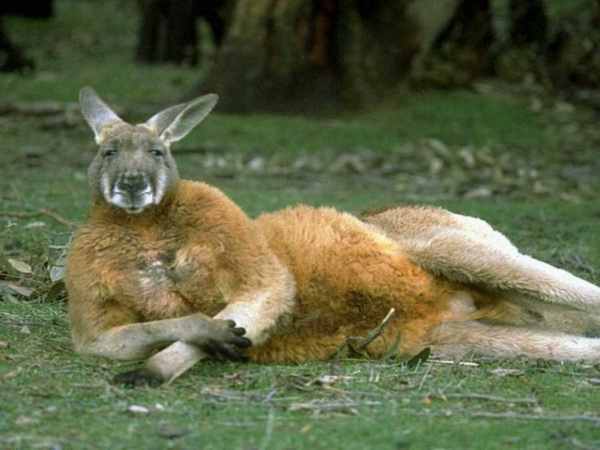 Kangaroo populations can explode into a hopping plague, and their incredible ability to reproduce is in no small way down to their unusual genitalia. The female kangaroo has three vaginas and two uteri. Two of the vaginas lead to the uteruses, and allow sperm to reach the eggs; the third is used to birth joeys. This complex system allows the kangaroo to be permanently pregnant. A female kangaroo can have a joey in her pouch, a foetus developing in one uterus, and produce an egg for fertilisation in the second uterus. Remarkably, a kangaroo foetus can also be put into a kind of suspended animation, so that its birth will be delayed until the mother’s pouch becomes free for her next baby.

Flatworms have both male and female genitalia – but that’s not so uncommon in nature to be noteworthy. What is unbelievable about flatworms is that when they mate, they fight with their penises in order to decide which of the mating pair will be the female and develop eggs. Creating eggs expends a lot of energy, and is therefore undesirable – which explains their fight for the right to wear the pants. The mating worms parry with their sharp penises, and the winner is the first one to penetrate the flesh of the other. This dueling is known as ‘penis fencing’, because scientists are awesome. 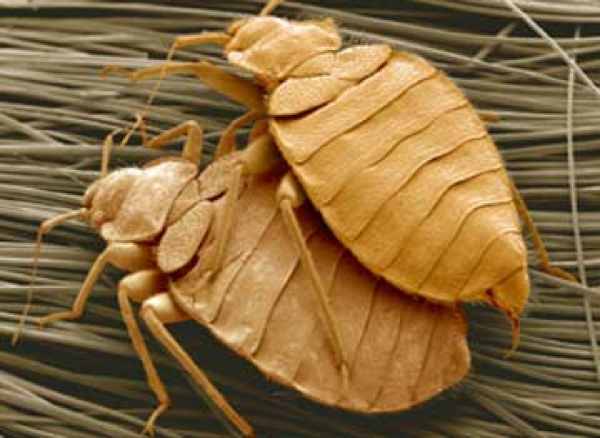 Since the burden of producing offspring is usually entirely borne by the female, it often happens in nature that the females have adaptations to control their fertilisation. Of course, there is also an evolutionary drive in males to fertilise females, and with this aim in mind, males can perform something called ‘traumatic insemination’. We have already seen this in flatworms, but it can also occur in species which have defined sexes. The genitalia of the female bedbug is used only for laying eggs. To fertilise the female, the male bed bug uses a hypodermic penis to pierce the female’s exoskeleton, and inject his sperm directly into her body. His sperm then migrates through the female in search of her ovaries. 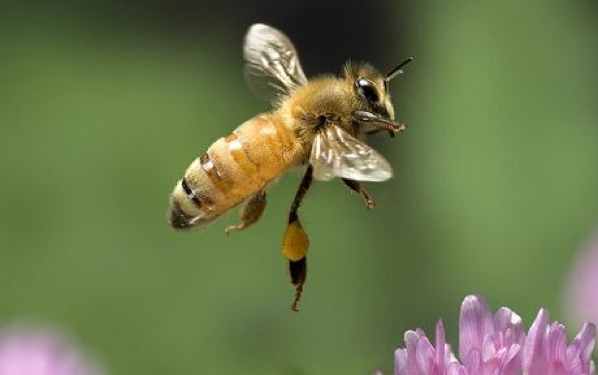 For honey bees too, reproducing is quite a traumatic experience. The queen bee, on reaching sexual maturity, is mobbed by male bees. In some bee species, she will receive sperm from several males and store it for several years in a special organ for reproduction. Male honey bees, in particular, have a dramatic way of ensuring they are the sole mate of the queen. The queen – in mid-flight – is usually surrounded by a dozen males trying to impregnate her. The first one to succeed in penetrating the queen will explode his sexual organs, with a pop sometimes loud enough to be heard. This detaches his genitals, and leaves them – and his sperm – with the queen. This stops other males from getting any ideas. 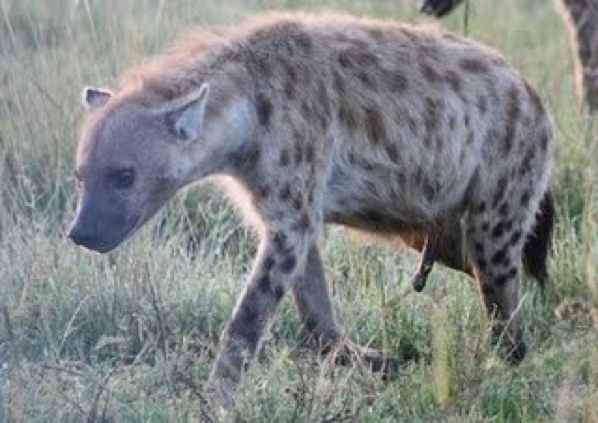 Sexing animals to tell whether they are male or female can take a great deal of training. In the case of the hyena, even the visible genitals are not as helpful as they could be. The clitoris and the penis are analogous organs in mammals, and in some species the clitoris can be sufficiently large to be termed a pseudo-penis. The clitoris of hyena females is almost indistinguishable from the male penis. They also have a scrotal sack, filled with fat and a fused vulva. Hyenas mate through the clitoris, and through it they also (one assumes somewhat painfully) give birth. 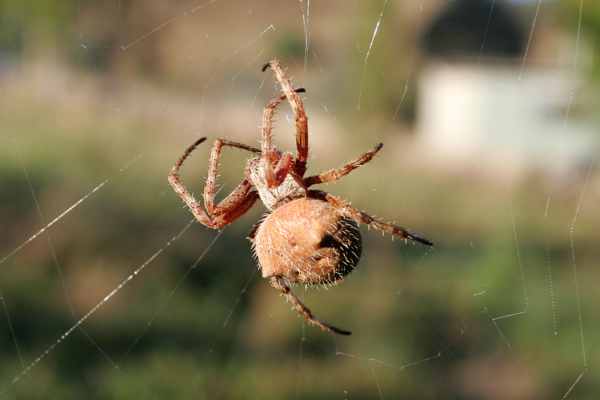 Cannibalism is a fact of life for several spider species, and often it is linked with mating. From the viewpoint of evolution, the opportunity to pass on your genetic material at the cost of being eaten is a fair trade. The orb-weaver spider Nephilengys malabarensis has found a way to get the most out of its risky sexual behaviour. Male spiders use organs called palps, similar to penises, to transfer their sperm to the female. It is during this time of contact that the female may eat them. To escape this fate, the male can detach his palp and leave it to continue having sex with the female, while the rest of him scampers off. Since a male spider has two palps, he can have sex with two females in this fashion. The detached penis blocks the female’s genitals, and thus also allows more sperm to be transferred.

Argonauts are a type of octopus, whose females create a thin shell for themselves – a little like a nautilus. While the female of the species gets a pretty shell, male Argonauts get a more extreme adaptation. They have a special arm, which they use to transfer their sperm to the female. This arm, called the hectocotylus, has its own tail and organs of sensation to guide it to the female. The arm detaches from the octopus, and swims towards the female before pumping sperm into her. The male, essentially, has sex in absentia. Such a method probably evolved as a variation of what we have already seen in other animals: the tradition of leaving disembodied penises with the female, transferring the maximum amount of sperm to his mate.

The leopard slug is one of the largest slugs in the world, but it is the size of its penis – and the things it does with it – which earn it a place on the list. Since they are hermaphrodites, both mates in a pair will use their penises for mating. As seen in the video, the mating slugs intertwine, and dangle on a thread of mucous while hanging from a ledge. This position is needed to allow the intertwining of the pair’s penises. From the right side of each slug’s head, a penis almost as long as the slug itself expands and flails in search of its partner penis. Once this discovery is made, the penises entwine and pass sperm to each other, before retracting and passing it to the eggs.