Finally – the Twilight Saga has ended. The last movie was released earlier this year, and those who were never fans of this over-the-top, can’t-live-without-you, attached-at-the-hip romance can breathe once more. This set of books and movies was quite popular indeed: it seemed as if it would never stop. It’s a relief to finally hurl the last shovel of dirt on the grave.

All we need to contend with now is the follow-up book series: as always, dragged out into as many movies as humanly possible, all for the sake of a buck. I refer, here, to the psycho-kink and sexcapades of 50 Shades of Grey. Since this series was fan-fiction for the Twilight saga, I guess we may never escape the nauseating nonsense found between the covers of such books. All the same, the Saga itself has finally come to end – and here are some reasons to rejoice:

10
Vampires can be vampires again 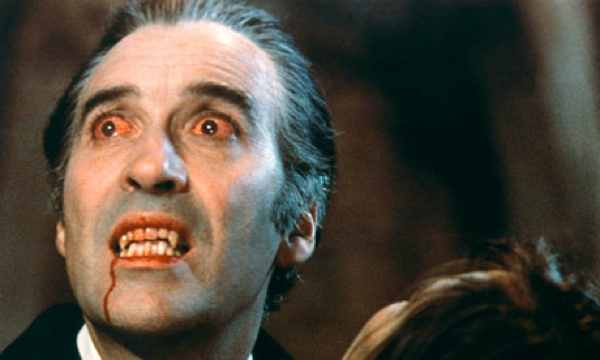 Everyone knows that vampires do not shimmer and glimmer in the sunlight. They burst into flames! Please, please, filmmakers and authors – let vampires be vampires again. They are creatures of darkness, with a hypnotic stare and an insatiable appetite for sex. That is how they capture the attention of so many of their victims. They don’t walk away from human blood just because of their morals and values – they lost those morals and values the minute they became undead. Yes, they are strong and fast, but they have weaknesses too – crosses, sunlight, and stakes through the heart. They are supposed to “rest” in coffins during the day, vulnerable to the world. Give us back our tried-and-tested garlic-fearing vampires! 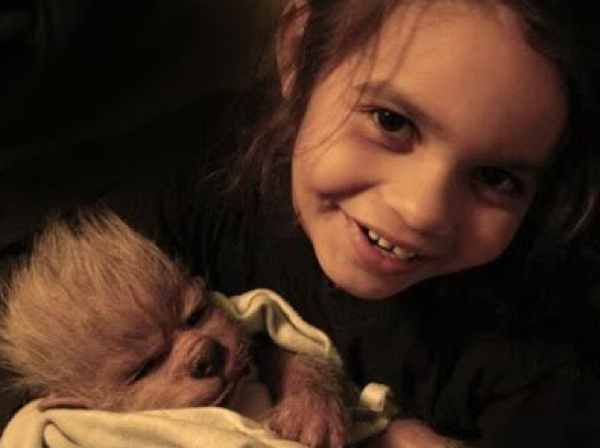 Ever since Twilight hit the shelves and the theaters, the general public has been paying homage to their respective “teams” by naming their newborn babies after the stars of the saga. Isabella and Jacob were most popular names in the U.S. since the release of the books and movies, with Cullen quickly rising in the ranks. There will soon be graduating classes full of these living and breathing Twilight tributes. Thankfully, society can now go back to being somewhat original – at least, until 50 Shades hits the theaters. I expect that we will then see an influx of little Christians, Anastasias, and – of course – Greys.

8
Isabella no longer has to annoy millions of people 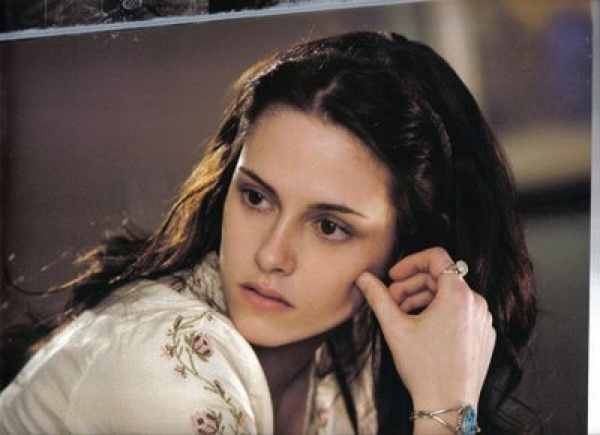 Kristen Stewart can continue to rub the public the wrong way with her Jezebel ways, but Bella is finished. I read the books, I watched the movies – I needed to see what the fuss was all about. My conclusion? Bella Swan was a passive-aggressive, whiny brat who needed some serious therapy and self-esteem classes. She played Edward and Jacob against each other, and toyed with Jacob’s feelings despite having no intention of giving up on Edward. I don’t care what anyone says: she ate up their affection and attention like a gluttonous pig. She wanted the best of both worlds – her bloodsucker boyfriend and her pet wolf. In the end, the little crybag got exactly what she wanted – to be with Edward forever and to never lose sight of Jacob. Ugh.

7
Young people can be sensible again 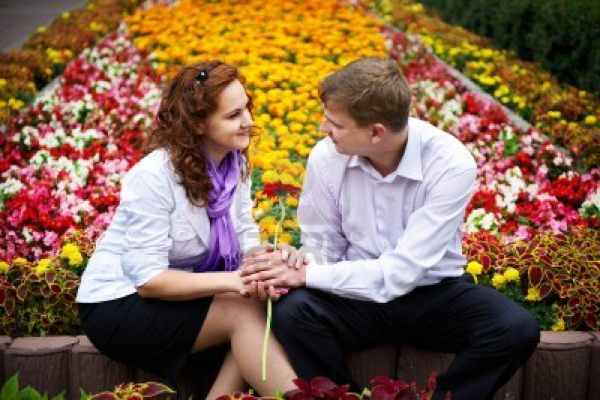 … Or at least they’ll have some time between the last Twilight movie and the first 50 Shades movie to get a grip on reality before losing touch again. Hello: relationships are not about obsession, control, and stalking, all in the name of loving and protecting the other person. Bella did not need saving – what she needed was to get over her daddy issues and grow into her own strong, independent person. Instead, she was nothing more than a puppet on a string, wanting only to be loved by Edward. Edward was controlling and obsessed to the point of being a stalker, yet disguised these tendencies under the guise of protecting her and loving her till the end of time. Boyfriends and girlfriends come and go – normal people do not fall into deep depressions over a high school breakup. We cry, we cuss, we get mad, we get even – and we get over it.

6
Werewolves can be werewolves again 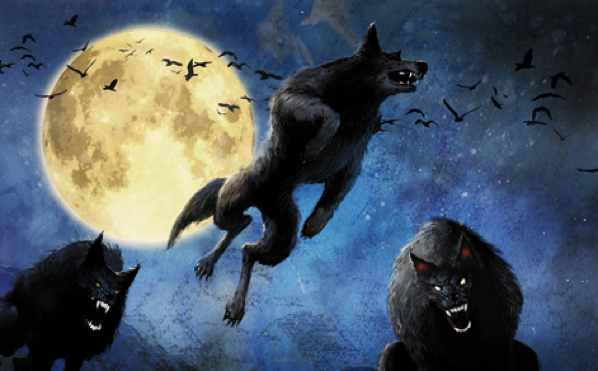 Werewolves can finally go back to being drooling, disgusting beasts with no control over themselves – just the way nature intended. Just as vampires need to be vampires, werewolves need to be werewolves – and they are not the fluffy, oversized dogs that can be found in Twilight. Werewolves have always been savage animals, vicious and uncontrollable beneath the full moon. They didn’t transform on a whim – they were bound to the cycles of the moon. They were creatures, not pets – and they didn’t communicate with each other through their minds. Bring back the howling beasts from the fairytales and myths, to replace these lovable, touchable, heart-wrenchingly pathetic creatures. 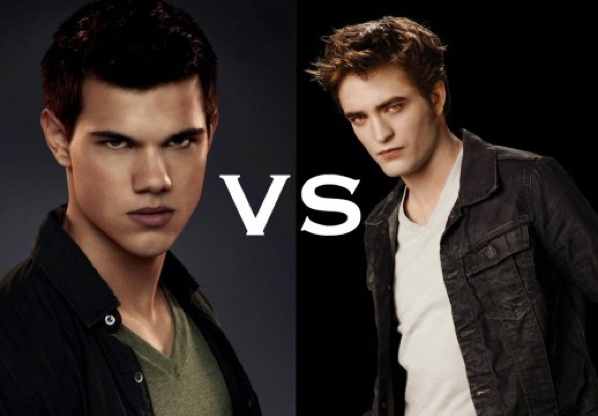 There will no longer be angry fans hijacking your Facebook feed every time a new movie is released. If you wanted to support your “team”, so be it – but it wasn’t necessary to clog up news feeds with your mindless drivel. It was not a competition: the books were already written, the story had already been told, the ending already revealed. Everyone knew who would ultimately “get the girl”, and knew in advance how the rest of the tale would play out. Some of the die-hard fans took the whole thing way too personally – there was no reason to get angry and argue the virtues of your chosen side. There really was no need to choose your favorite “team” – what were you competing for and arguing about anyway? 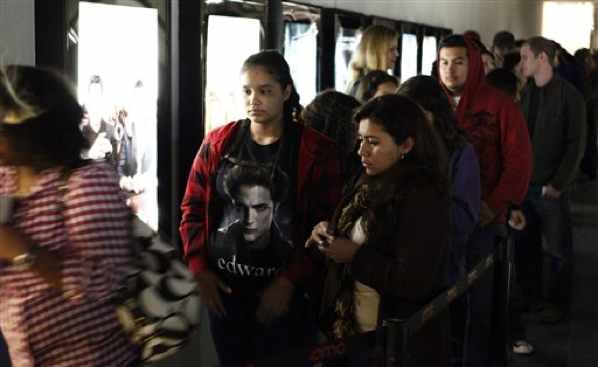 For the true Twilight fans, there will no longer be a year’s wait between movies – and those who couldn’t care less won’t have to put up with all the hoopla. The wait between movies was ridiculous, as was the way people behaved as opening day approached. All those all-day Twilight movie fests, building up to the midnight premieres; all the ecstatic fans once again filling up Facebook with long-winded posts about each film, or heated discussions 56-comments long with a non-believer. Heck, even the ones who claimed to not read the books or watch the movies would post in protest about the books and movies! Twilight was everywhere with each premiere, and it was exhausting. It’s done, it’s finished, it’s over: you can now get on with your life, and find something else to obsess over.

3
No more vampire tourists in Washington 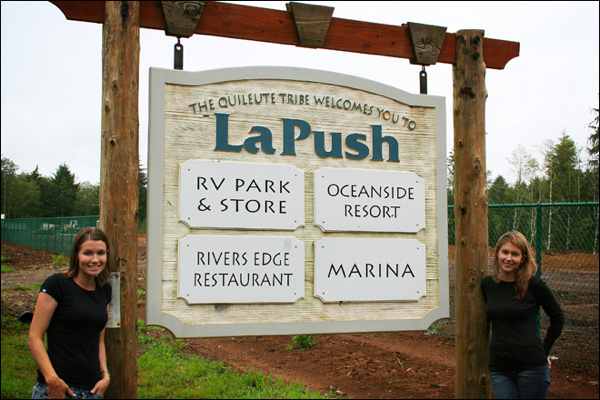 Forks and La Push – which for years have been known as vampire and werewolf-laden locations – can get back to the business of being just-another-spot-on-the-map. Yes, the saga boosted tourism and the visitors helped the boost the towns’ finances. I’m sure the towns appreciated it while it lasted, and rode the gravy train for as long as they could. I just cannot help but wonder how many residents will be grateful for the vampire/werewolf reputation to slowly be forgotten. I can just imagine tourists parked near the woods or even camping in them, trying to get a glimpse of a fictional being. I live in a small town, and would not appreciate – not for one minute – an influx of gullible werewolf-seeking tourists. I like the quiet, peaceful surroundings I live in – that’s why I live here.

2
Guys will no longer have to emulate Edward 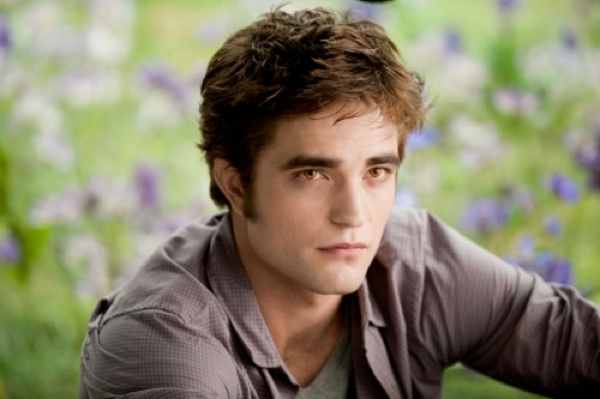 … And they won’t have to suffer through any more Twilight movies. Edward’s love for Bella was the stuff fairytales are made of, and women ate it up. They dragged their boyfriends to the movies on every opening night, hoping to open his eyes and turn him into a prized prince instead of a mediocre toad. They made comparisons, whether in their minds or aloud, between their moderately interesting significant other, and the shimmery, tortured soul that was Edward. He was emotional, deep, insightful, thoughtful, romantic, protective, heroic, self-sacrificing – he represented much of what women want. At least, when you overlooked the obsessive, stalker tendencies.

Sure, there is nothing wrong with having high expectations about your relationship – but you cannot reasonably expect to have the kind of love portrayed in these books and films. Nor should you want it. It’s fantasy – and I don’t know about you, but I’d much rather have the real thing.

1
The surge in vampire fiction will weaken 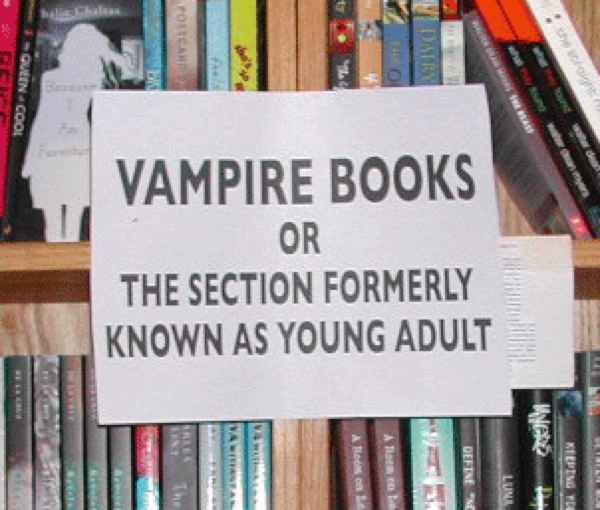 Finally, the overwhelming tide of vampire and werewolf novels/novellas taking over the self-published sections of Amazon and other e-bookstores will begin to slow down. One can only hope that with the end of the saga, the fever will die down. This series led many to believe they could jump on the “vampwagon” and ride it straight to financial freedom. Unfortunately, many of these would-be authors had no business trying to write a novel or a novella. Yes, there will always be stories about vampires, werewolves, wizards (thanks, Harry Potter), and the like – but let us not forget that there are many, many other topics to write about and enjoy.