Modern warfare grows more sophisticated by the day—we used to use swords and spears, now we use unmanned planes and robots.

So, just in case you think all the deadliest weapons were created in the last 100 years or so, here are ten from the ancient world that I think you’ll find a little familiar (even if the closest you’ve ever gotten to a battle is playing Call of Duty or Halo).

Land mines are explosive devices planted in the ground, and have been used in conflicts all over the world. During the Mongol invasion of China in the 13th century, Chinese inventors came up with the “Underground Sky Soaring Thunder”, a land mine so terrifyingly titled, it’s name alone should’ve been enough to force armies into retreat.

Gunpowder mines were buried in the earth with banners, pikes, and lances stuck on top as bait. When enemies grabbed the weapons, they triggered a slow burning chemical mixture that fell over and ignited the fuses, creating a devastating explosion. 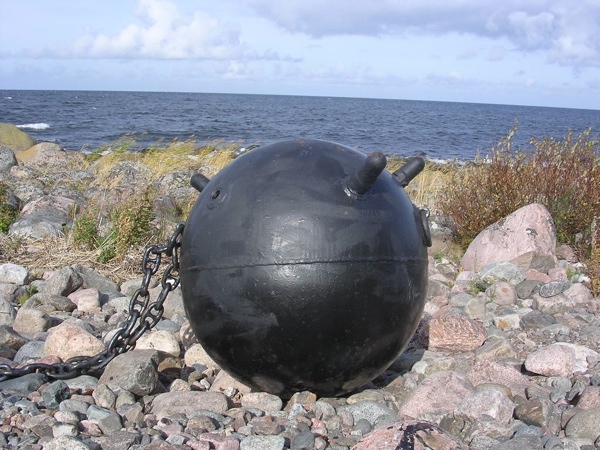 Sure, Queen Elizabeth I had the opportunity to blow up ships when she received plans for a naval mine from Ralph Rabbards in the 16th century, but once again we must look to the trend-setting Chinese for the earliest use.

In the Huolongjing, a Chinese military manual, the “Submarine Dragon King&#8221 is described in detail. The gunpowder mine was secured in an inflated ox bladder and the fuse laid inside a length of goat’s intestine to keep it dry. At night, a soldier lit a stick of incense inside the intestine, and sent the mine floating downstream toward an enemy ship. If the timing was right, and the enemy didn’t notice the floating pile of animal guts suspiciously heading in their direction, the incense ignited the fuse and caused an explosion just as the mine reached the ship’s hull. 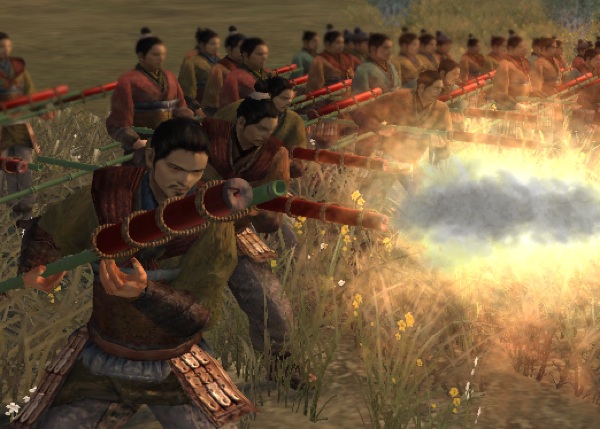 Following the land and naval mines above, it should be no surprise that the Chinese were amongst the first to take advantage of gunpowder’s explosive capabilities.
The tenth century fire lance (or lightweight hand cannon) fired shrapnel at the enemy from a long bronze or iron tube small enough to be carried by a soldier. Though it could be argued this is more of a field artillery piece. 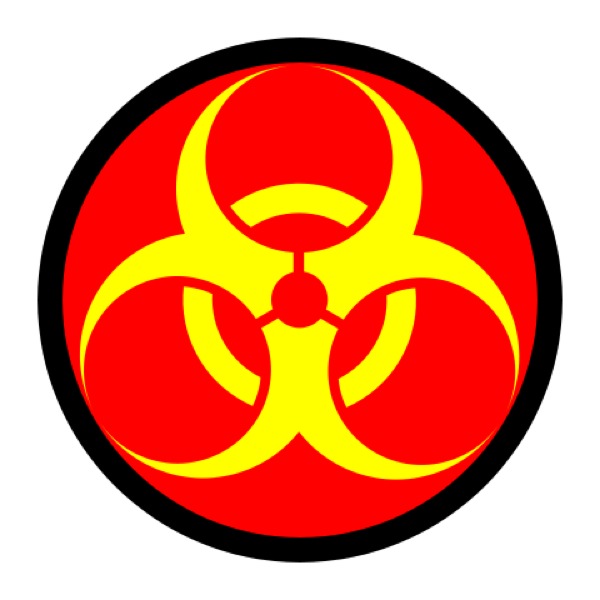 Chemical weapons aren’t a new idea, with arsenic and human feces laced incendiary bombs being deployed by the medieval Chinese.

However, in the Peloponnesian War between Athens and Sparta in the fifth century B.C., the Spartans besieging Plataea were the first to employ poison gas by soaking wood in a mixture of sulfur and pitch, lighting the wood on fire, and blowing the choking smoke under the city walls to either kill the defenders or force them to flee. 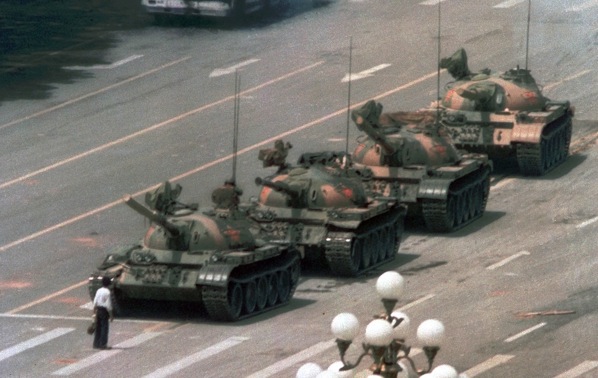 The Assyrians had armored siege engines in the ninth century B.C., and several ancient generals like Hannibal deployed war elephants on the battlefield, but leave it to the medieval Czech Republic—formerly known as Bohemia—to bring the tank into play.

During his conflicts with the Imperial German Army and Pope Martin V, Jan Zizka, the famous 15th century general who appears on another list—bizarre uses for human skin—ordered his engineers to cover wagons with iron sheets.

Crews in the horse drawn armored vehicles fired weapons through small holes in the sides. These tanks gave Ziska a tactical advantage, allowing his relatively small army of 25,000 to defeat much larger forces of 200,000 attackers. 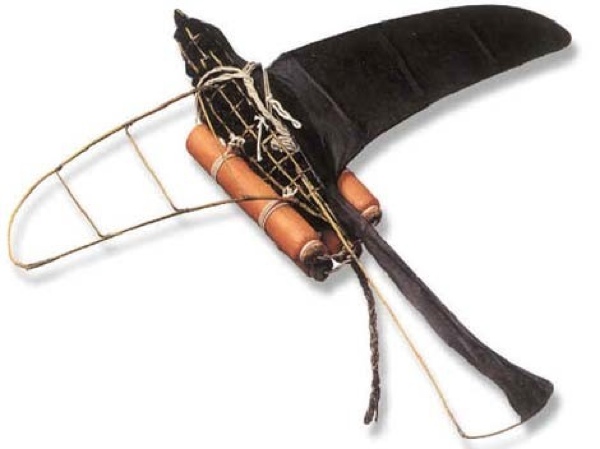 The Chinese ancestor of the rocket was invented in the 14th century: an incendiary device propelled through the air by four gunpowder-fueled rocket tubes attached to the feathered wings. Various warheads could be attached, including poisoned arrow tips, explosives or, if used at contemporary high schools, notes behind the teacher’s back. 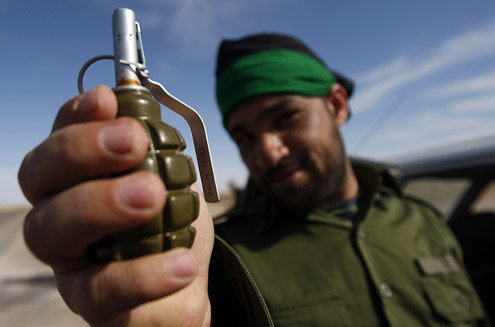 Grenades are a destructive weapon of war, but aren’t a modern concept.
Some of the earliest hand grenades were produced around the eighth century in Byzantium, and were made of ceramic, terra-cotta, or glass, and filled with highly flammable substances like the famous Greek fire.

To use these hand held incendiary bombs—light the fuse, throw, then take cover while your foes scream and explode. This concept was echoed by Islamic engineers in the Middle East. By the thirteenth century, an egg shaped hand grenade fashioned from pottery was being produced in workshops in Syria. 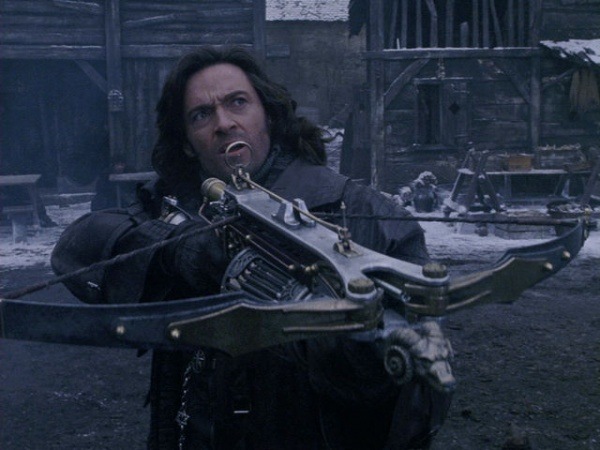 Before gunpowder and bullets, the closest the ancients came to guns were crossbows. Despite the usefulness of being able to kill your foe from a distance, crossbows had one drawback—they only fired one bolt at a time.

The Chinese came up with the machine gun crossbow in the twelfth century, which could be aimed in any direction and fired approximately one bolt per second. 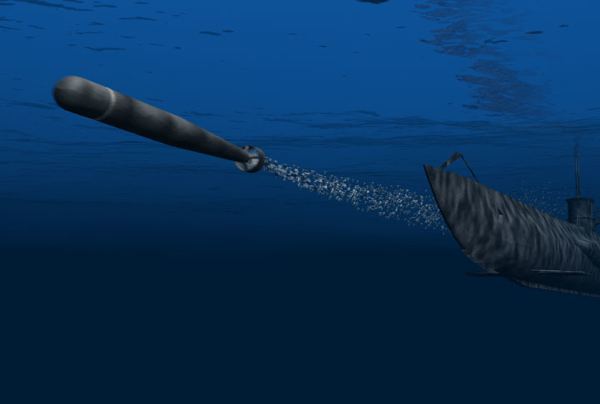 The self-propelled Whitehead or “automobile” torpedo, created in 1866 by American engineer Roger Whitehead, was an improvement on a model by Johannes Luppis in Austria, which used a compressed air system for propulsion.

An even earlier example of the torpedo comes from a 13th century military manual by an Islamic engineer describing the “egg which moves itself and burns”, which thankfully is not found in modern day kitchens. This was an incendiary torpedo, propelled by gunpowder rockets over the top of the water toward an enemy ship’s hull.

In the eighth century, the Byzantine Empire created a hand pumped hose that spewed Greek fire—a highly flammable liquid. The Chinese kicked it up a notch in the tenth century with a portable version that hurled a steady stream of naphtha-based flame (called fierce fiery oil) at the enemy.

These were used most effectively in naval combat, but could also be used as offensive weapons by infantry soldiers or defensively against an advancing force. However, according to Thucydides, the Greeks did it first in the Peloponnesian War in 424 B.C. when they put a metal tube inside a hollow log with pitch, sulfur, naphtha, lit coals, and blew the flaming mixture at a city’s wooden defensive walls in an effort to destroy them.