At the rate we’re chugging along, major fossil fuels like coal, oil, and natural gas are expected to run out in about 75 years. Since we’re pretty much completely dependent on fossil fuels for daily life, that puts a lot of pressure on researchers to develop new, sustainable ways of producing energy. 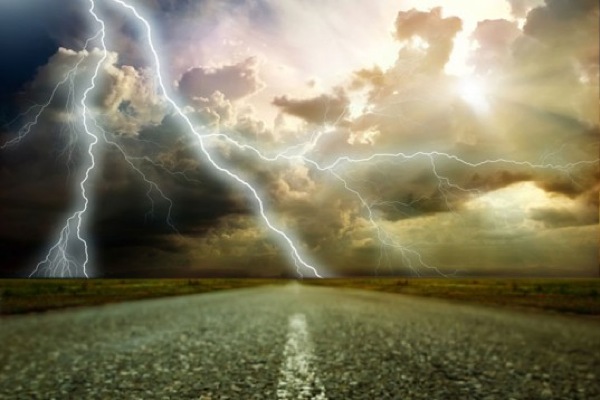 Concrete—a mixture of cement, rock, and water—is one of the cheapest and most common building materials in the world. Unfortunately, it’s almost impossible to recycle—so all the rubble and debris from destroyed buildings, bridges, and roads usually goes to waste.

The Fraunhofer Institute for Building Physics has developed a solution: blast the concrete with lightning. And surprisingly—it works. When powerful pulses of electricity strike concrete, the energy travels between the individual elements and effectively severs the bond that holds it all together—resulting in a pile of concrete ingredients which can then be used to make new concrete. 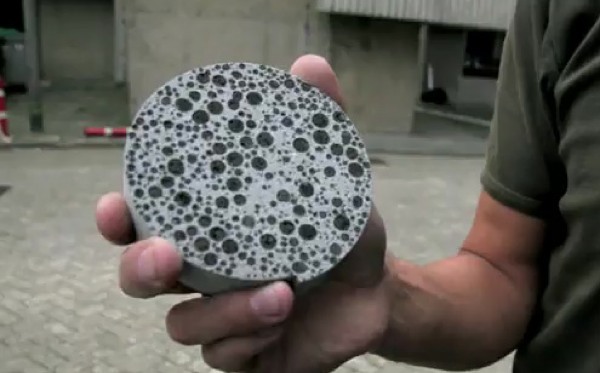 Rather than looking for ways to recycle concrete, researchers in the Netherlands are working on a technique to fix it—automatically. Henk Jonkers and his team are developing a type of concrete that is infused with living bacteria. When water causes the concrete to crack, the bacteria will activate and secrete a waste product called calcite that is very similar to limestone— effectively patching the concrete. 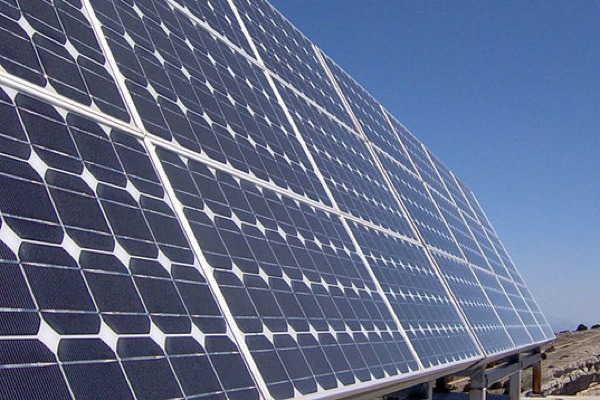 For all their popularity, solar cells are typically only about 11–15 percent efficient. That’s calculated by the amount of power they make compared to the amount of sunlight that hits the cell. DARPA is working on a solar energy system that could more than double that efficiency, by actually breaking down sunlight and harvesting the wavelengths of each individual color.

Using nanomaterials—some of which are smaller than light wavelengths—the system is able to sort each color and pipe it to a cell that’s designed to absorb that specific wavelength. By doing that, they can work on creating solar cells that don’t need to react to the entire light spectrum—just to one single color. DARPA expects their solar cells to have an output of up to 50% efficiency—a full head and shoulders above anything else we currently have.

7
A Wind Turbine that Makes Electricity With No Wind 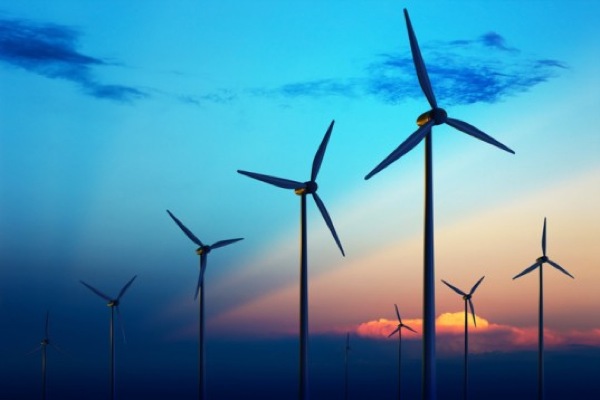 Wind is a freely available resource, but the problem is that we can’t really control it; when the wind stops blowing, wind turbines stop producing electricity. Surprisingly enough, Apple is the one with the solution. In June of 2011, Apple filed a patent for a wind turbine that converts wind power into heat that will continue to generate energy even if the blades aren’t spinning.

Traditional windmills have worked on the same principles for the past few thousand years: wind spins the fan blades and creates energy. Apple’s wind turbine does that, but it also captures heat created by friction and stores it. 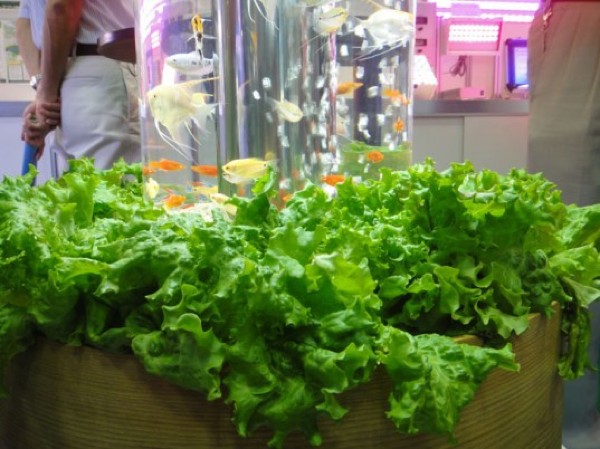 A Japanese retail company has developed an aquaponics system that’s being used as an art piece in hospitals and nursing homes. The system is capable of growing fish as well as plants; the nitrate waste from the fish is used as fertilizer by the plants. At the same time, the plants filter and clean the water, which is then piped back into the fish tank— in exactly the same way a natural system (such as a pond) would work. Although it doesn’t create energy, the system doesn’t consume any either.

Large-scale systems like this are also being developed to help create renewable food sources in areas of the world that don’t have a lot of water. Since the water cycles continuously through the system, desert regions with limited rainfall can use it as a viable means of year-round food production. 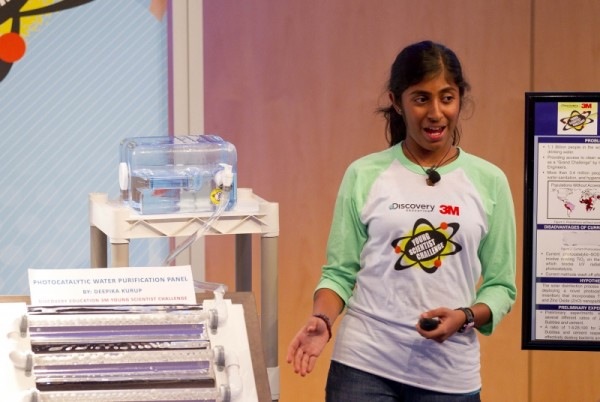 At the age of 14, Deepika Kurup is already saving lives. After learning that Indian children will drink stagnant, bacteria filled water because they don’t have a reliable source of clean water, Deepika came up with a solar powered water purifier that is so cheap it only costs a few cents. It works by exposing a mixture of zinc oxide and titanium oxide to sunlight, starting a reaction that kills off bacteria in the water.

How effective is it? After just a few hours in sunlight, the solar purification system can completely eliminate E. coli bacteria and reduce coloform numbers from 8,000 to just 50, providing safe, clean drinking water even in areas that have no electricity.

4
A Generator Powered By Human Urine 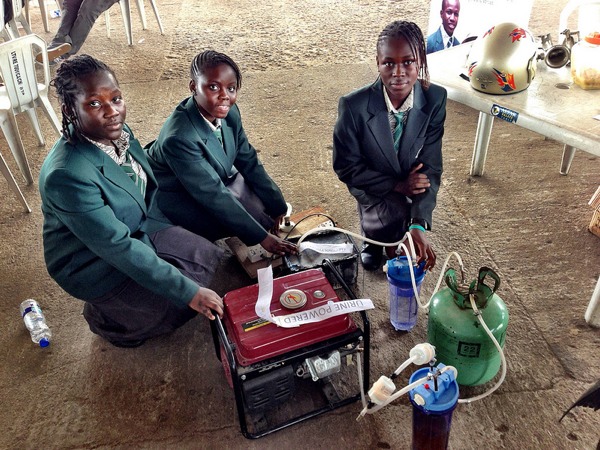 Speaking of teenagers: four students in Nigeria have come up with a power generator that runs on one resource that’s always available—human urine. Their creation uses the process of electrolysis to isolate hydrogen gas from urine, which is then used to power a generator. They can get a whopping six hours of power from one liter of urine, which doesn’t seem like much until you consider that a normal person pees out roughly two liters per day. 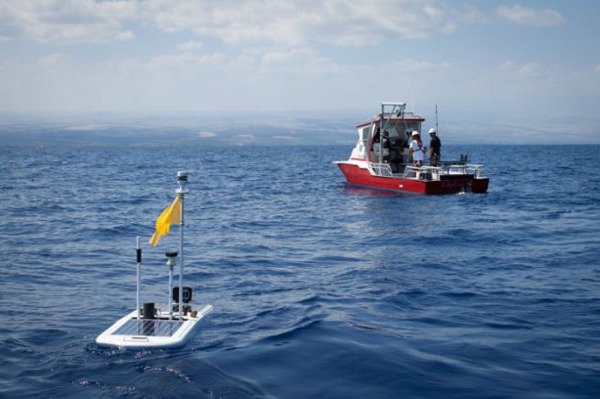 The Wave Glider, developed by Liquid Robotics, is an unmanned marine vehicle that uses a unique means of power: ocean waves. The patented system allows the small craft to move forward, as long as there’s even the tiniest amount of wave action on the surface – which, as it turns out, is all the time.

Recently, the Wave Glider broke the world record for distance traveled by an unmanned vehicle—going more than 9000 miles (14,500 km) over the course of a year. During the trip it was pummeled by ocean storms and even attacked by sharks. 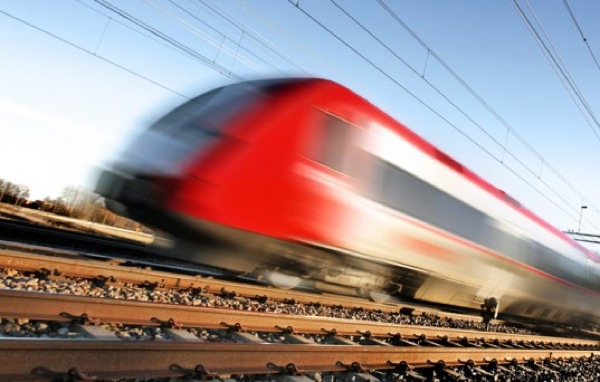 There is energy all around us—and it’s just waiting for the right device to harness it. After realizing that a ton of potential energy is created by the vibrations of a speeding train, researchers from Stony Brook University put together a device that will collect the energy and convert it to electricity.

They claim that their device can put out up to 200 watts of DC current. If that extra electricity were used to power devices at the stations, it could save New York State alone $10 million each year. Factor in the nearly 141,000 miles (227,000 km) of train tracks all across the US, and that adds up to substantial energy savings all around. Developing renewable water resources is one of the most pressing needs of the modern world. Water purification and treatment is a huge energy drain—and that’s not even taking into account the estimated one billion people who live in regions where fresh water is scarce. NBD Nano might have the solution: they’ve created a water bottle that refills itself.

What at first sounds like magic is actually quite simple. The bottle has water-attracting bumps surrounded by water-repelling valleys. The bumps force airborne moisture to condense on the bottle’s surface. Those droplets are then pushed through the valleys and down into the bottle.

The end result is that the bottle will actually fill itself just by sitting in the open air—and it will do this at a rate as fast as three liters of water per hour.