Childhood authors aways hold a special place in our heart. We even tend to idolise them. In this list we look at ten of the best and uncover some little known facts. Can you guess which author you love was bi-sexual? How about the author who fled from the office when anyone visited? We even look at hatred on the set of Mary Poppins! May your love of your favourite authors be enhanced—or dashed—by reading this list.

10
From Chickens to Oz 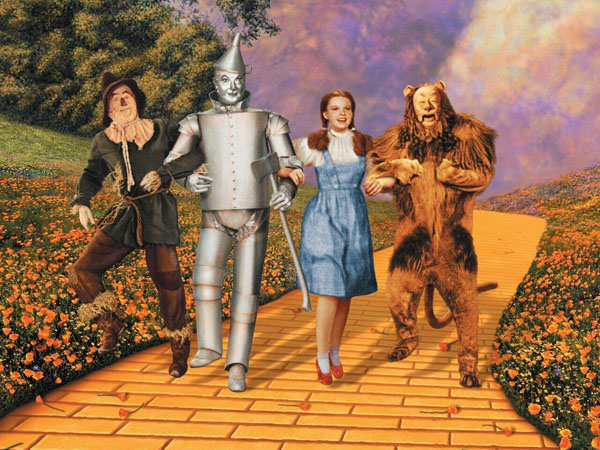 The Book of the Hamburgs: A Brief Treatise upon the Mating, Rearing, and Management of the Different Varieties of Hamburgs. This insanely long book title was all about chickens—scintillating. It came out in 1886, and was written by none other than L. Frank Baum—the famed author of The Wonderful Wizard of Oz. Baum was thirty years old and at the time, the raising of fancy poultry was all the rage.

Hamburgs—the focus of Baum’s book—were rare and valuable. Baum was a self-styled expert on the breed, and boy did he love his chickens. Before writing this book, he was running a monthly trade journal about all things poultry. Oz—the work that would bring him lasting fame and fortune—would not appear until 1900.

While Baum managed to refrain from including chickens in Oz, his passion could not be restrained forever: in its sequel—Ozma of Oz—he dumped Toto the dog and replaced him with Billina the chicken, who ends up settling in the Emerald City wearing a pearl necklace given to her by the King of Ev.

9
From Humor to Horror 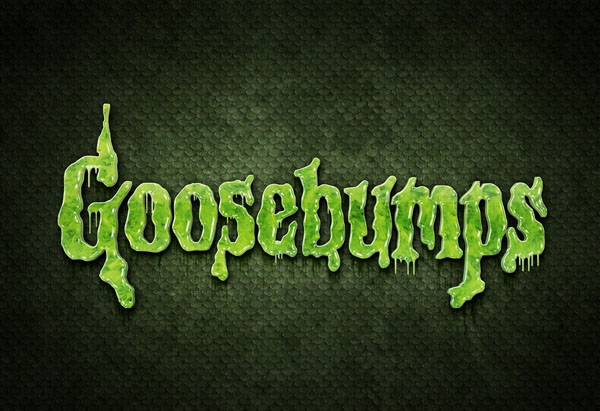 Fact: Before he was scary, R. L. Stine was funny

Stine was a true comedian before his name became synonymous with youth horror in the form of his Goosebumps books. He was Jovial Bob Stine, literary clown and purveyor of jokes for kids. He wrote silly stories, joke books, and even created a humor magazine. Stine’s early foray into comedy is probably the reason for his success with horror books for kids: his ability to mix the creepy with the funny is probably the reason he has sold nearly half a billion books.

It seems to be particularly difficult to find any of Stine’s jokes online, but reading the reviews of some of his comedy books at Amazon strongly implies that he was not as good at humour as he was at horror. If you know any of his jokes or own one of his comedy books, feel free to post one or two in the comments for us to see. 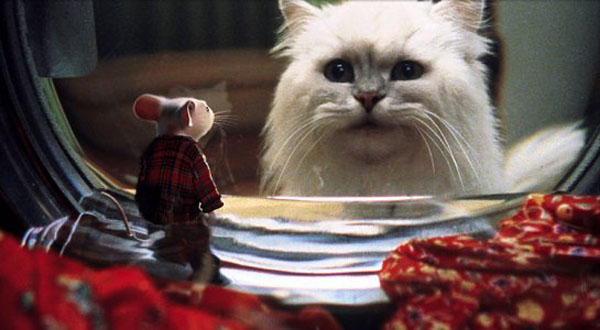 Fact: E. B. White didn’t want to go to the office.

E. B. White was content with sending manuscripts to The New Yorker, but the magazine wanted him on the staff. It took the magazine’s editors months to persuade him to pay them a visit. Then it took a few more weeks to talk him into working for them. When at last he agreed, he made it known that he didn’t want to go to the office. But in the end the editors won—White agreed to go to the office once a week.

This arrangement defined White’s entire association with The New Yorker. He wrote his articles, showed up every Thursday, and fled for the fire escape every time a stranger appeared at the office. In between writing for magazines he wrote stories for children. Stuart Little—his first book for children—appeared in 1945. 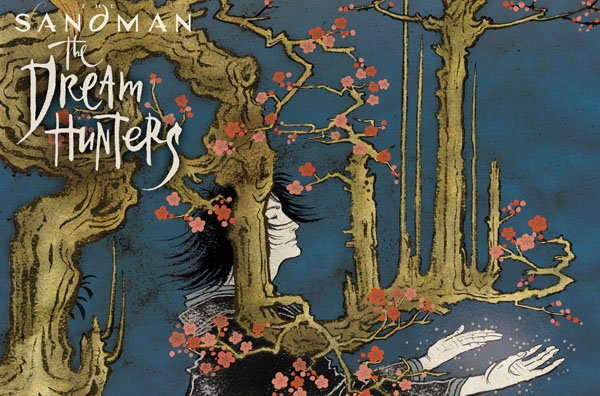 Fact: Neil Gaiman gave up journalism because he didn’t like the fact that newspapers were making things up (and getting away with it).

The British press has been known—on more than one occasion—to lie, cheat, and steal. It has even gone so far as to invent stories. (Fortunately the American media giants like Foxnews would never stoop so low.) Gaiman had his feet squarely planted on journalism early in his career. He did interviews and wrote reviews and articles for a number of publications. He wasn’t very happy, however, with the way newspapers were making things up. So he left journalism altogether, and decided to make things up himself by writing comic books such as The Sandman. 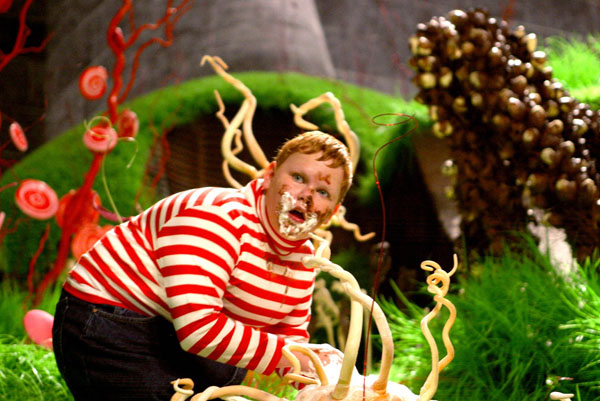 Fact: Roald Dahl was a spy and a World War II flying ace.

He may not have looked the part, but Roald Dahl was actually a first-rate, real-life action hero. The fun-loving author of Charlie and the Chocolate Factory once fought six enemy planes while flying solo. In another battle, he helped reduce twenty-two German planes into useless hunks of smoking metal. He was a Wing Commander and a verified flying ace by the time he was invalided out of the Royal Air Force.

His military career didn’t end there, though. He was sent to the US, along with a crack team of operatives, to combat isolationism among distinguished, influential Americans. Britain wanted the US in the war, and Dahl and his compatriots made sure those who thought otherwise got the message. In other words, forget Pearl Harbor: the Americans entered the war because the creator of the Oompa Loompas made them. 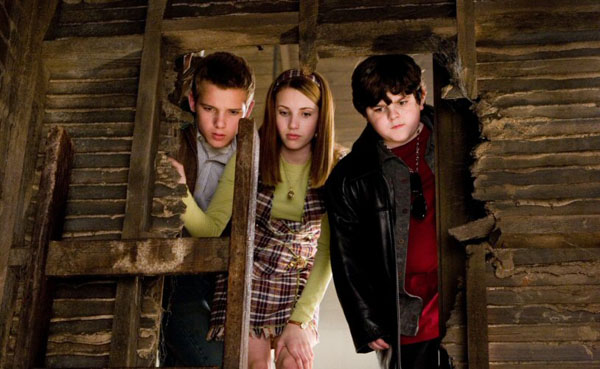 Fact: Carolyn Keene is not a real person.

Carolyn Keene’s name may appear in every book featuring Nancy Drew, but many authors are actually involved in the writing of these hugely popular mystery stories. Carolyn Keene is really nothing more than a pseudonym (and a necessary marketing ploy to keep the byline uncomplicated). Every author who had worked on the series was bound by his contract to hand over all rights to the work to the Stratemeyer Syndicate, the company behind the Nancy Drew books. In the early days of the series, every Nancy Drew book earned its writer a whopping $125. 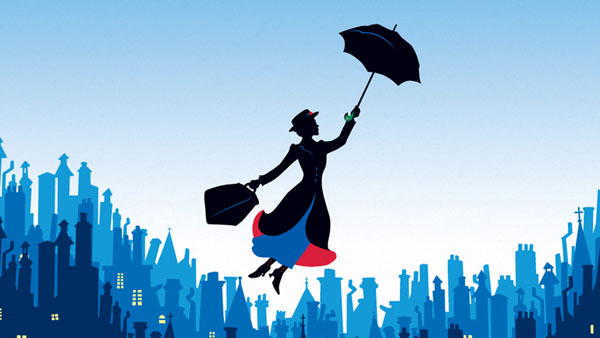 Fact: P. L. Travers and Walt Disney were not exactly the best of friends.

P. L. Travers didn’t like a lot of things in Disney’s adaptation of her book Mary Poppins. She didn’t like the music and she hated the film’s weak depiction of the main character. Finally, she didn’t see the point of using animated sequences in the film. She was very vocal about her objections but no one listened.

Travers wasn’t invited to the film’s premiere, either. She had to beg Walt Disney to let her in. After watching the movie she proceeded to give Disney a piece of her mind. Disney just walked out on her, reminding her that the time for any change had passed. Travers never allowed Disney to use any of her work again, which—given Disney’s knack for ruining everything it touches and corrupting children—was probably wise. 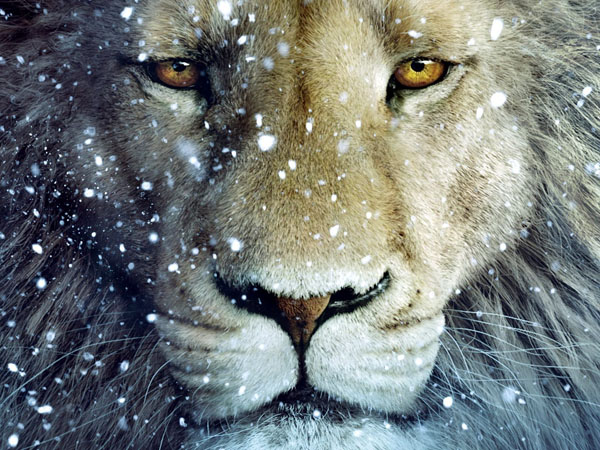 Fact: C. S. Lewis had a thing going on with his dead friend’s mother.

It all started with a pact: Lewis and his buddy, Paddy Moore, vowed to take care of the other’s families if anything happened to them. World War I was underway, and both men were preparing for the worst. The worst did happen. Paddy died in combat, and Lewis stuck to their agreement.

There was much speculation that Lewis did more than the pact asked of him. He was particularly close to Paddy’s mother, Jane King Moore. Moore was twenty-six years older than Lewis. But that didn’t discourage Lewis from cozying up to her. While the two never admitted to anything, those who knew them saw something else altogether. 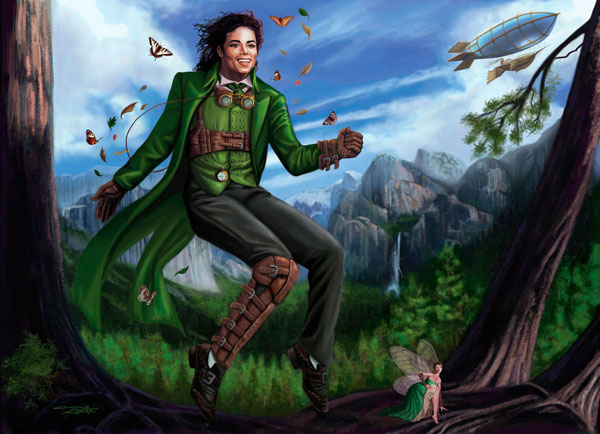 J. M. Barrie was six years old when his brother—David—died in an ice-skating accident. The death left their mother distraught. David was her favorite son, and he died two days short of his fourteenth birthday. To help his mother cope, young Barrie decided to stand in for his brother. He wore David’s clothes. He walked in his manner. He even taught himself how to whistle like him. 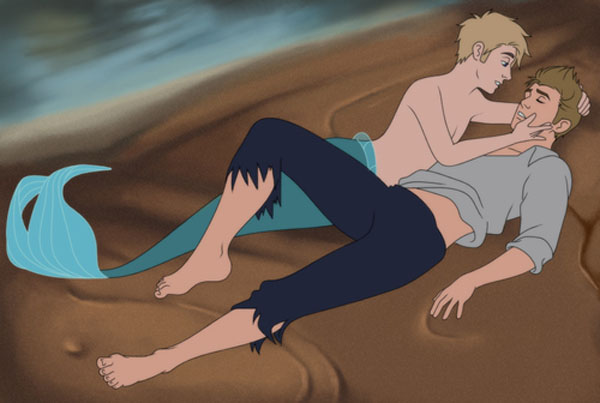 The lusty but otherwise luckless Andersen never shot it straight. He loved women with a passion, but he also worshipped men with surprising ardor. He may be renowned for his straightforward fairy tales, but in real life he actually played the part of both the knight and the damsel-in-distress. It is believed that his Little Mermaid—horribly butchered by Disney—was actually a gay love letter.

The list of women he loved is long. The list of men he loved is no shorter. Andersen, however, did not see much love come his way. His gangling, awkward ways didn’t endear him to women. The men, on the other hand, were simply unable to respond to his advances. He may have had an intimate relationship with a young, handsome dancer—whom he met when he was in his fifties—but whatever their relationship, it did not last long. Andersen loved many, but remained loveless, for much of his life.

He took to his grave an old letter from a girl whom he had loved in his youth. Sadly this man who gave us so many happy endings never had one of his own.