Most popes aren’t exactly known for kicking butt. When not giving sermons from the popemobile and preaching about love, they’re chilling out on Twitter like any modern celeb. But then you have the popes who took one look at their list of holy duties and said ‘hell with that’. For these guys, being God’s representative on Earth meant nothing compared to being the biggest badass in the whole of Christendom. 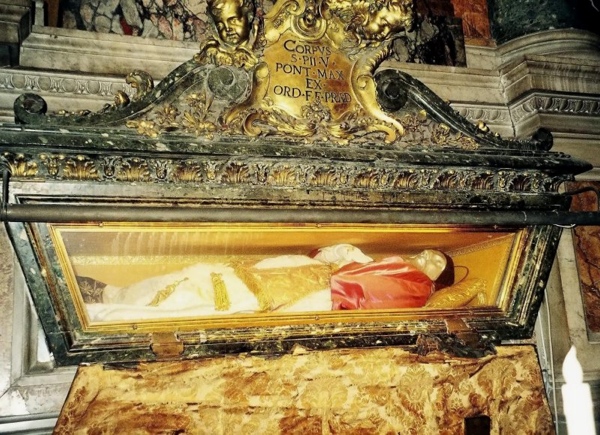 Today, Pope Pius V is best known for throwing an epic hissy fit that led to Queen Elizabeth I being excommunicated. But that wasn’t all he did: even before he attempted to depose a monarch with the power of words, Pope Pius V was showing signs of incipient badassery.

After joining the Church at fourteen, he swiftly got involved with the Inquisition; where ‘got involved with’ means ‘terrified other inquisitors with his insane thirst for blood’. Booted out for his extreme tactics, Pope Pius V took one look at the lemons life had handed him and decided to make some murderous lemonade. Upon returning to Rome he shot up through the ranks, eventually making Pope; at which point he revived his love for Inquisiting big time. Dropped charges were revived, protections discarded, Jews sent into exile and Protestants terminated with extreme prejudice. He created the conditions for the St. Bartholomew’s Day Massacre, encouraged sectarian violence and was rewarded with Sainthood and a glass coffin. 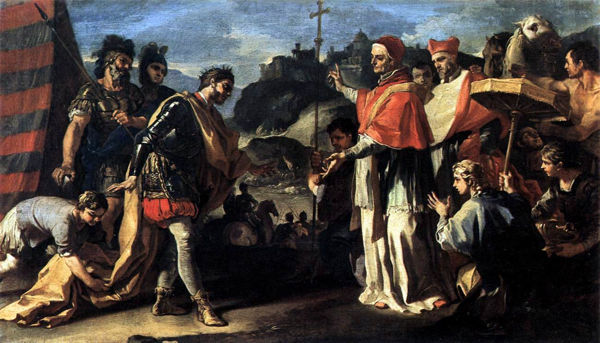 You’ve probably heard of Attila the Hun. He was like Genghis Khan on steroids—a mad warrior king who got his kicks slaughtering most of Europe.

By contrast, Pope Leo I was a bookish pope. Rather than burning heretics, he was more likely to write them sternly-worded letters. In most times, this would have been a welcome development; sadly these were not most times. In 452, Attila decided to stomp Italy into oblivion. With his army making its way toward Rome, panic gripped the populace. After all who was going to save them, the pope?

Hell yes. Learning of the approaching army of bloodthirsty barbarians, Pope Leo I did what any of us would do and marched right into the middle of them to deliver a stern ticking off. And he succeeded: Attila heard him out, packed up and spared Rome. Just to clarify, this is about as likely as your average internet dweller talking down The League of Shadows. No record exists of what was actually said, so we’re gonna have to go with the most awesome version: St Peter’s ghost turning up to whup Attila’s ass. It is no wonder Pope Leo I is also known as Pope Leo the Great.

Like most of us (who admittedly aren’t popes), Pope Alexander VI—Rodrigo Borgia—had his good and bad points. On the one hand, he was a patron of the arts who commissioned pieces off guys like Michelangelo. On the other he was a corrupt, nepotistic pervert who fathered Machiavelli’s favorite prince.

Known as “The Mad Pope,” Pope Urban VI’s life managed to be both completely badass and completely evil. During the siege of his Pompeii home, Urban used to lean out the window and excommunicate the enemy soldiers one by one; a move that would be ridiculous if it weren’t so ballsy. He was also a consummate drinker—at his coronation feast he drank everyone else under the table. Sadly, Urban wasn’t exactly a friendly drunk. He was supposedly plastered when he ordered the torture and murder of five of his cardinals, responding to their screams with taunts of “weak old women!” Eventually the Church got tired of his abusive ways and simply murdered him.

Even before becoming pope, Pope Pius II was leading a less-than monastic life. Unlike most Christians, he wasn’t only down with pornography; he was making it. But it’s not his smut-peddling past that earns him a place on this list, as much as his ability to summon Dracula.

Chances are you’re aware of Vlad Tepes and his moniker ‘The Impaler’. Vlad III was one of the most sadistic men who ever lived, content to raze entire villages to the ground, impale their population then take tea amid the corpses. He was the closest medieval Europe had to Satan himself, and Pope Pius II made a pact with him.

It was 1459, the Ottoman Empire was knocking on Europe’s door and Pope Pius II was having none of that. Enter Vlad. Under Pope Pius II’s orders, Vlad transformed into a one-man slaughterhouse; butchering the Turkish soldiers in ferocious cross-border ambushes and leaving their impaled corpses as warning. His addiction to torture was so great it acted as a form of psychological warfare —when the Ottoman army finally pressed into Vlad’s home turf they found a forest of 20,000 impaled Turks, enough to send them scurrying back to Asia. It was the equivalent of Superman and The Joker teaming up, and the scary thing is it worked. 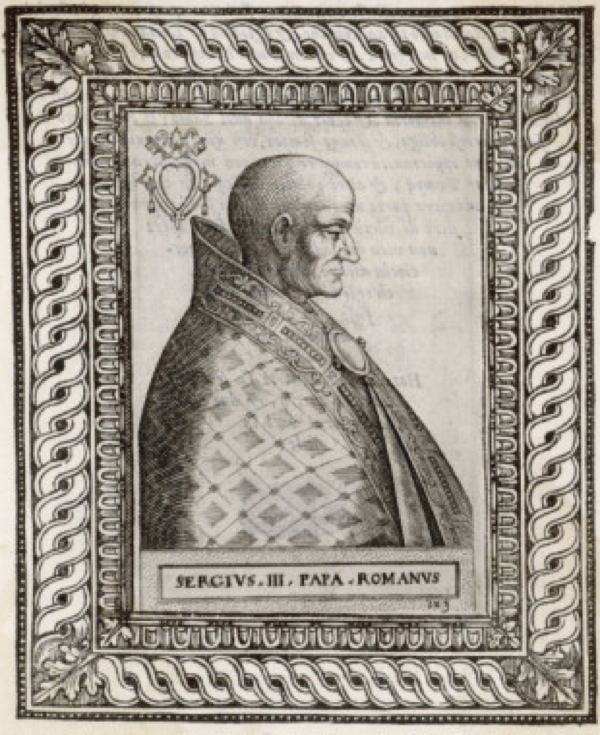 The tenth century was a time of vicious upheaval in the Catholic Church. Rome itself was controlled by warring despots like the decadent Theophylact Family, the Papal office was disgraced and the rule of law was breaking down. Into this setup for a Spaghetti Western stepped Pope Sergius III, ready to kick ass and completely lacking in bubblegum. First he raised a private army, marched on the city and killed anyone who stood in his way. Then he had the previous two popes murdered, while desecrating the tombs and corpses of several others. Finally he shacked up with Theophylact’s fifteen year old daughter and spent the years of his reign impregnating her with future popes. So licentious was the period of his rule and his descendants’ that later historians dubbed it The Pornocracy. 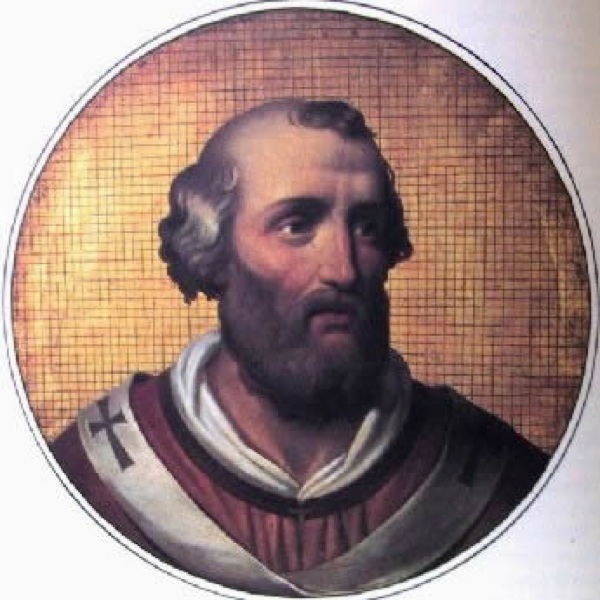 If Pope Sergius III was the mediaeval Terminator, Pope John XII was the T-1000: bigger, badder and twice as determined to kill John Connor; John Connor in this instance meaning everyone. Among the crimes tenth century historian Liudprand of Cremona accused him of were rape, homicide, arson, gambling, satanism, converting the papal palace into a brothel and refusing to make the sign of the cross, which seems more of a big deal when you remember he was the pope! While Liudprand probably made ninety percent of his accusations up, there’s enough material left to confirm Pope John XII as being a crappy pope at best, and most likely a total lunatic. 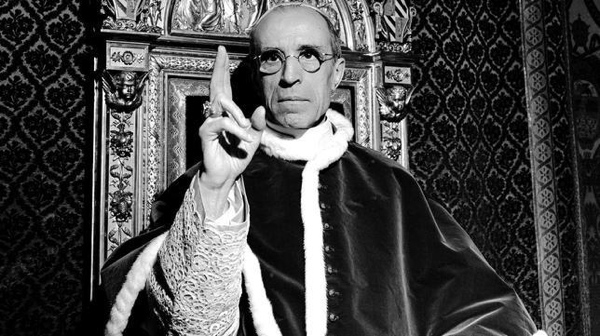 Pope Pius XII became pope on the eve of the biggest, craziest war the world would ever see. Italy was under control of Mussolini’s fascists, Hitler was gearing up to smash Europe into a billion pieces and one of the worst horrors ever perpetrated was just around the corner. Pope Pius XII took one look at the unfolding insanity and said “not on my watch.”

Although he started cautiously, by early 1940 Pope Pius XII was mediating negotiations between British Intelligence and some pissed-off German high brass hoping to assassinate Hitler. He passed on sensitive coded information for the allies and, in 1942, became one of the few people in Europe to speak out against Hitler, using a radio address to explicitly condemn the Nazi’s racial-cleansing program. Amidst all of the chaos he even, awesomely, helped shelter and ship hundreds of Jews out of German reach.

Sadly, he also failed to speak out against the slaughter of Catholics in Poland; and may have known about the Nazi extermination program long before he did anything about it. Some sources claim his silence killed millions, others that his clandestine work saved as many. Whatever the truth (and this argument has been raging for decades) he deserves his place on this list simply for being the only continental-European leader to openly tell Hitler to go f——k himself. 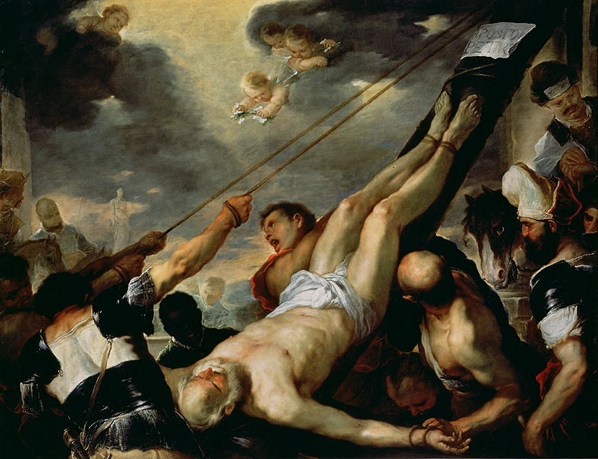 There’s pretty much no historically reliable information on the first pope, beyond the fact that he probably existed. Of his life and death we only have legends; and luckily, those legends are awesome.

When not allegedly having the greatest wizard-off since Gandalf and Saruman fought it out in the deleted scenes, Jesus’s BFF was busy making dogs talk and God-murdering people for lying. But his true badass credentials lie in his legendary death. Finally condemned to crucifixion for his beliefs he calmly asked for it to be done upside down, so as not to imitate God. One of the most-hideous methods of execution known to man, and Pope Peter voluntarily made it worse to satisfy his dead best-friend. Oh, and since Pope Peter died upside-down, one of the papal symbols has been an upside-down cross—chew that one over conspiracy theorists! 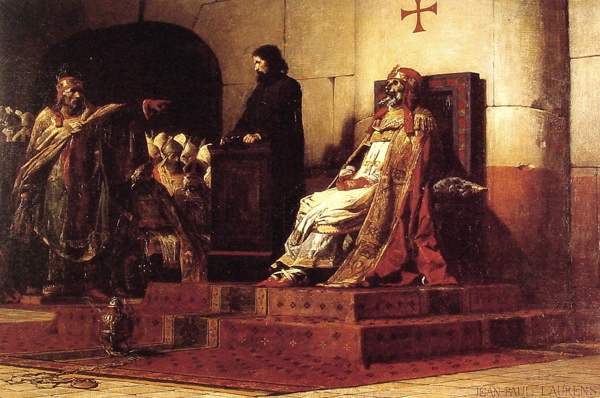 Pope Stephen VI was a man with an ambition; and that ambition was to be known as the craziest pope who ever lived. And boy, did he succeed. Almost immediately after taking the reins, Stephen ordered the remains of his beloved predecessor—Pope Formosus—to be dug up and put on trial. At the infamous Cadaver Synod he cross-examined the corpse, declared it guilty and had it mutilated and chucked in the river as punishment. Because even mediaeval Catholics can only stand so much crazy-badass popery, he was strangled to death soon after; only to be posthumously rehabilitated by fellow-lunatic Pope Sergius III.