We often wonder if the Earth beneath our feet could swallow us up. The truth is more insidious. Drop that rock you just picked up . . . you could get poisoned. This list details the ten most toxic and potentially deadly minerals that crystalize in the Earth’s rocks, presenting a dangerously deceptive array of stony beauty. These rocks don’t have to be thrown to hurt you. 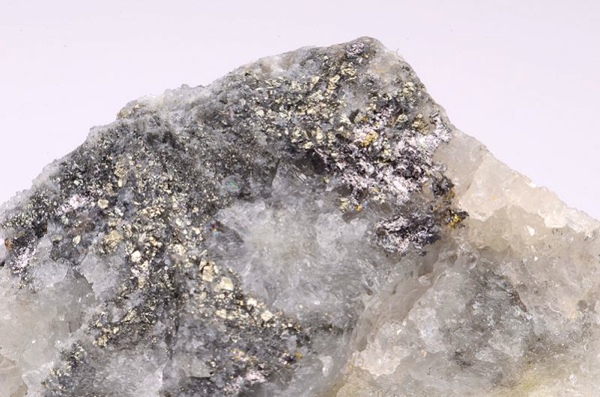 Coloradoite is a recently discovered crystalline mineral originating in magma veins. The mineral is a mercury telluride compound formed when mercury fuses with tellurium, another extremely toxic and rare metal. Coloradoite therefore poses a doubly toxic threat to anyone daring to handle it. The combination of the two elements poses the risk of serious poisoning if carelessly handled. If heated or chemically altered, deadly vapor and dust is released by this strange mineral. Interestingly, the mineral may be mined for its tellurium content. Tellurium minerals may combine with gold, but were previously not recognized. In a strange twist of fate, the streets of Kalgoorie in Australia were mined in a bizarre gold rush after the realization that gold-bearing tellurides had been used to fill potholes. 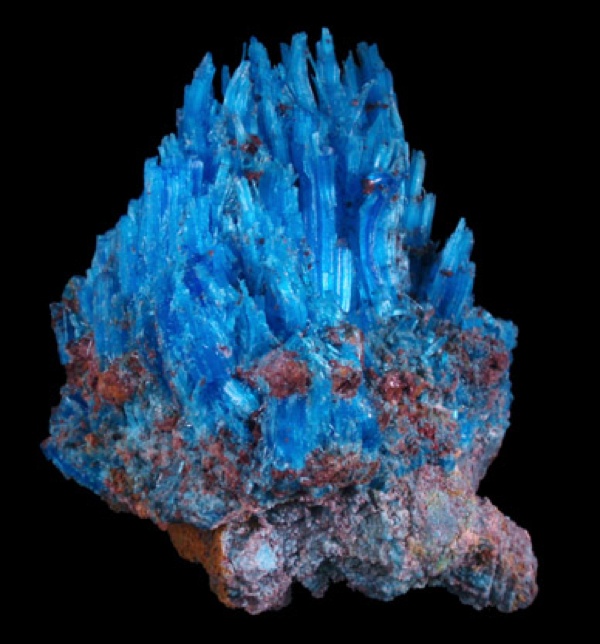 Seductive blue chalcanthite crystals are composed of copper, combined with sulfur and other elements and water. This arrangement turns copper, which is required by the body but toxic in excess quantities, into an extremely bio-available crystal. In another words, the copper becomes water soluble, and may be assimilated in great quantities by any plant or animal, rapidly weakening it and then killing it by shutting down body processes. Chalcanthite should never be taste tested by amateur scientists for salt content, or an extremely serious overdose of copper could result. Just releasing crystals of the blue mineral has killed entire ponds of algae, and posed great environmental threats. Because of the incredible beauty and rarity of chalcanthite, an enterprise dedicated to growing artificial crystals and passing them off as genuine specimens for sale has developed within the geological community. 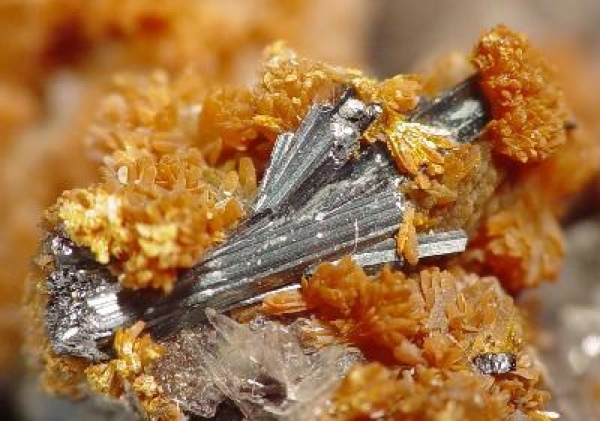 Thallium is the dark twin of lead. This thick, greasy metal is similar in atomic mass but even more deadly. Thallium is a rare metal that appears in highly toxic compounds consisting of rather strange combinations of elements. The effects of thallium exposure are even more peculiar, and include loss of hair, serious illness through skin contact and in many cases, death. Hutchinsonite is a hazardous but dramatic mixture of thallium, lead and arsenic. The three poisonous metals form a lethal mineral cocktail that should be handled only with great caution. Hutchinsonite was named after John Hutchinson, a prominent mineralogist from Cambridge University. The mineral is found in mountainous regions of Europe, most frequently in ore deposits. 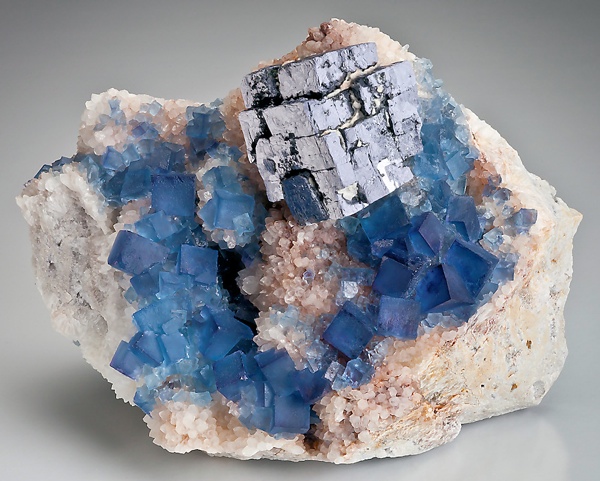 Galena is the principle ore of lead, and forms glistening silver cubes with almost unnaturally perfect shapes. Although lead is normally extremely flexible, the sulfur content of galena makes it extraordinarily brittle and reactive to chemical treatment. Galena is capable of taking an equally heavy toll on workers and amateur researchers who are exposed to it. Contact with specimens may lead to lead dust exposure, while workers in mines face a high risk of poisoning from contact with the mineral and the deadly dusts released through production. Once extracted, the lead content from this mineral poses environmental and health threats during treatment and extraction. Galena has a cubic fracture, and if hit with a hammer, the crystal will shatter into multiple smaller replicas of its original shape. 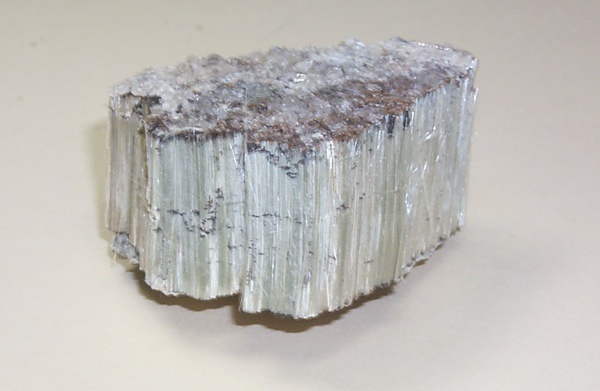 Asbestos is not a manmade product, but one of most terrifying minerals on the planet. Where other minerals act as toxins through their chemistry and sicken victims of accidental poisoning, Asbestos conducts full scale mechanical sabotage on the human lung. Asbestos is a fully natural category of minerals composed of silica the most abundant of Earth’s hard elements, iron, sodium and oxygen. Asbestos deposits consist of aggregates of thousands of tiny, fibrous crystals that can become airborne and lodged in the human lung. Carcinogenic effects occur through persistent irritation of the lung tissues, leading to scarring. Asbestos formations can also be uncovered among any set of silica rocks, warranting caution when exploring. Strangely, natural weathering leads to natural distribution of asbestos in Earth’s atmosphere. As a result, many humans carry some asbestos fibers in their lungs. 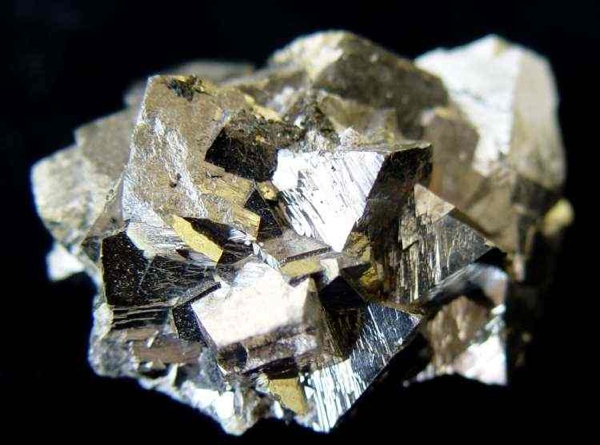 Arsenopyrite is fool’s gold, but with a difference. One would not just be a fool to mistake it for gold. Equally foolish would be a decision to pick up this mineral on a hike at a quarry, and proceed to use your hands to put trail mix in your mouth. Arsenopyrite is arsenic iron sulfide, which is the same type of mineral as pyrite (fool’s gold, iron sulfide), but with a heavy addition of arsenic. If one attempts to heat or in any way alter the mineral, a strong garlic odor of arsenic will be produced as lethally toxic, corrosive and carcinogenic vapors are released. Just handling the mineral brings one into contact with unstable sulfuric arsenic salts. Interestingly, arsenopyrite may be identified by striking a specimen with a hammer. The powerful garlic odor of arsenic can be briefly detected as the sparks fly. 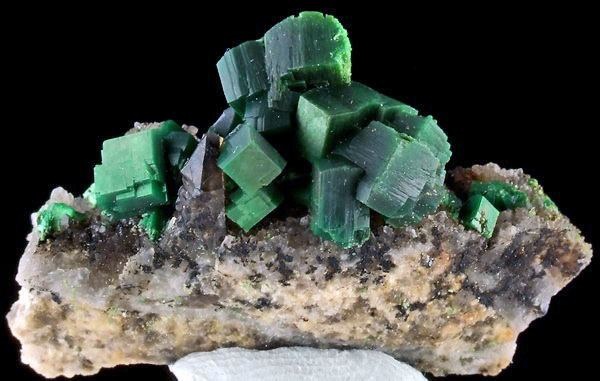 Torbernite is the mineral from hell. The prism shaped green crystals form as secondary deposits in granitic rocks, and are composed of uranium. Formed through a complex reaction between phosphorous, copper, water and uranium, the stunning crystal displays have seduced many mineral collectors into taking a sample for a shelf collection. If the uranium decay from a pocket sized Chernobyl were not enough, lethal radon gas capable of causing lung cancer slowly releases from these hot rocks. This is one crystal to leave alone. Torbernite can occur in granite, so your stone countertop just might contain traces of torbernite. The bright green crystal blooms were used by prospectors as indicators of uranium deposits. 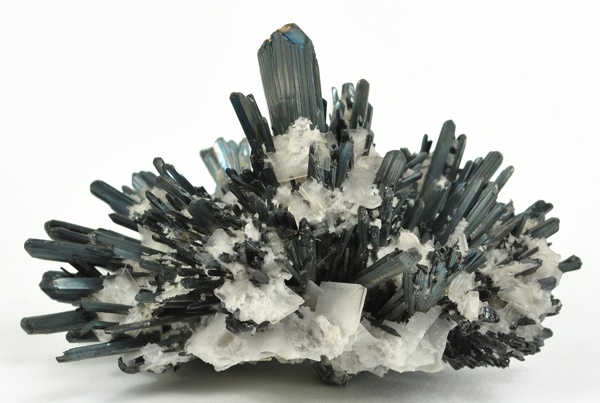 Stibnite is antimony sulfide, but it looks like silver. For that reason, the huge, shining metallic crystals of this unstable compound were once fashioned into magnificent eating utensils. But the sword shaped crystals bore the powers of death to those who used them. Stibnite’s antimony laced crystals killed a number of people before it became known that use of the mineral was causing food poisoning of the worst kind. Even in collections, stibnite samples should be handled with great caution to avoid poisoning. Hand washing is advisable after any contact. Mines near Oksaku in Japan have produced the best stibnite crystals in the world, measuring up to a foot in length. Many stibnite samples have the appearance of a miniature steeple. 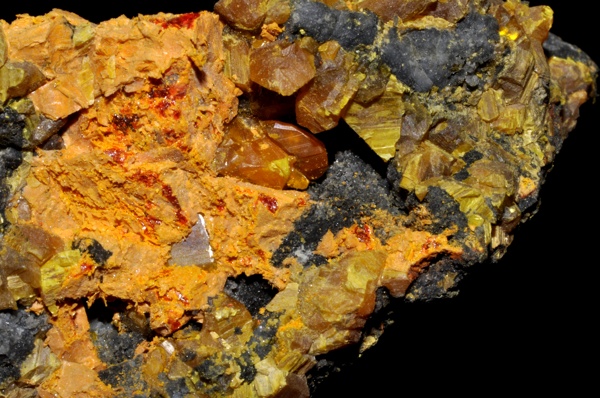 The only thing worse than arsenic itself could be a rock made from arsenic and sulfur. The lethal and chemically reactive orpiment crystals are found growing below the surface in mineral formations, often near hydrothermal vents. The colors are seductive, but holding the crystals in your hands may release carcinogenic, neurotoxic arsenic powder. Like cinnabar, the Chinese made extensive use of this mineral, but to far more terrifying ends. Arrows would be rubbed on crushed samples of these stones and then launched to poison the enemy in a rather fancy way to throw a rock. Orpiment is known to give off a strong garlic smell due to its arsenic content, and may crumble into dangerous powder when exposed to light. The mineral was used as a primary component of ochre paint, and likely poisoned many of the artists who used it. 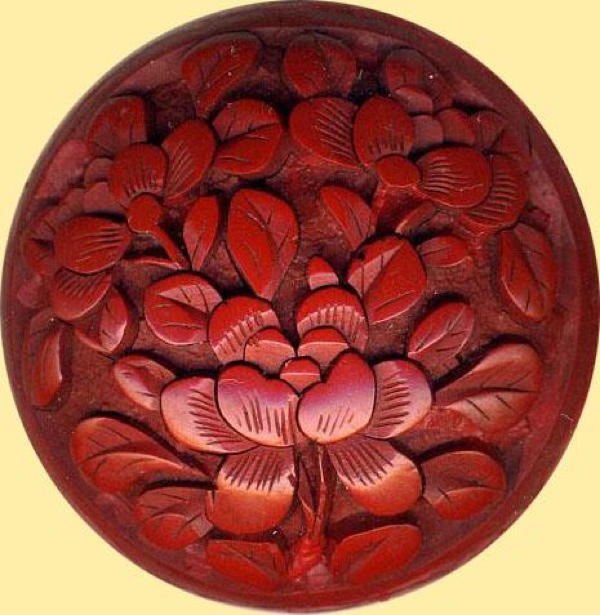 Cinnabar (mercury sulfide) is the single most toxic mineral to handle on Earth. The name of the crystal means dragons blood, and it is the main ore of mercury. Forming near volcanos and sulfur deposits, the bright red crystals signal danger of the worst kind. Cinnabar may release pure mercury if disturbed or heated, causing tremors, loss of sensation and death. In the Middle Ages and late 1700s, being sent to work in Spanish mines containing cinnabar formations was widely considered a death sentence. Cinnabar was widely used in Chinese history for ornamental food dishes, and intricate carvings were created from chunks of it, sometimes at the expense of the artisans. Even more incredibly, some ancient medical practitioners believed cinnabar held healing powers, and prescribed it for certain conditions.