We all love a good prank. As long as we’re not the ones on the end of it, of course. But sometimes, despite careful thought and meticulous planning, things can go awry. Perhaps the banana falls out of the exhaust pipe or the plastic wrap across the toilet snaps, or maybe you end up going to jail… uh, what? Here are ten practical jokes that resulted in everyone wishing they’d stuck with the good old fashioned whoopee cushion. 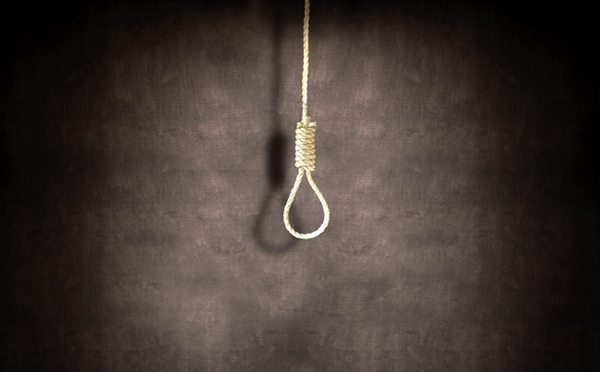 Ex-wives. Let’s face it, their second role in life is being the punch line to pretty much every joke their former lover can come up with. But in 2004 there was one ex-wife who was certainly left with the last laugh. Randy Wood, embittered and angry and wanting to get one over his past ex, called her up and told her to come over to his place. He had ‘something’ to show her he said. When Wood’s ex-wife arrived she found her ‘late’ ex-husband hanging by a noose from a tree in the front garden. Rather than grab the nearest stick and beat him like the human piñata he really is, she immediately called 911, presumably in hysterics at what she had seen. Cue, firemen, policemen and paramedics showing up en masse. But when a fireman went to cut Wood down they found a concealed harness supporting his body weight and one sniggering ex-husband totally intact. It was a short lived victory however, as he was subsequently fined $1,000 and sent to jail for a year.

Discover a universe full of ridiculously interesting facts just like these with Listverse.com’s Epic Book of Mind-Boggling Top 10 Lists
at Amazon.com!

We’d all do anything for a free concert ticket, wouldn’t we? Especially if the artist in question is one of our fav bands of all time. But would you do this? In 2008, to win tickets to a Kanye West’s concert one woman agreed to call her husband live on radio and tell him that their 9-year-old son wasn’t in fact his. What could possibly go wrong you ask? Hm, thinking they were trading confessions, the bewildered husband blurted out the immortal line: “I’ve been screwing your sister for the last year!” Whoops. What’s worse, she didn’t even get the tickets. 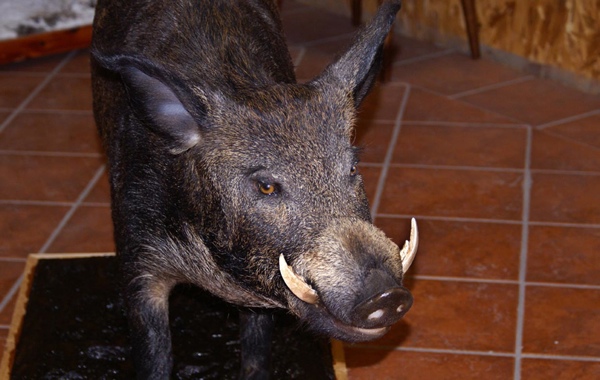 Nobody likes going to the dentist let alone a demented one who has a penchant for turning his patients into farm yard animals. Dr. Robert Woo is one such dentist. When doing a bit of dental work on one of his employees he thought it would be funny to install a pair of false tusks on to her teeth. This was no spur of the moment practical joke either, Woo deliberately choose boar tusks because the employee in question had grown up on a pig farm. Clearly not quite sure how the joke would go down, Woo photographed his little project whilst his patient was still anesthetized and then removed the tusks, replacing them with the usual caps. All good thus far. But then Woo decided to share his practical joke with the rest of the office—oh the wisdom! Miss Piggy-for-the-day obviously didn’t see the funny side. She sued her boss for $250,000. But the real joke was on Woo’s insurance company who were forced to fork out $750,000 when he sued them for not covering his practical joke. Come on though. Woo’s got a point. If most insurance companies cover for fire and theft, surely it’s not that hard to cover for ‘When turning one of your female employees into a pig doesn’t work out quite as you planned’. 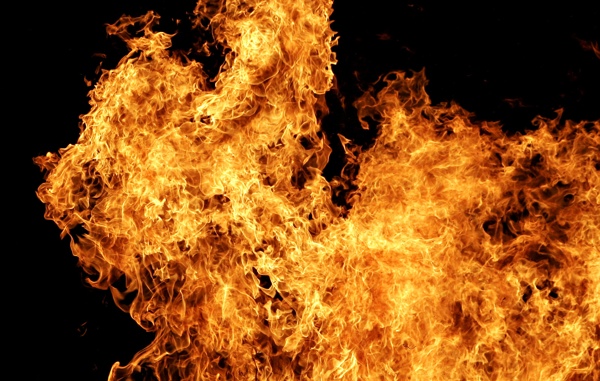 When you learn that one of your best buds is going to get married you throw a little party for him, right? You might order a keg of his favorite beer perhaps, or call up all of his mates and get them together for a Friday night down-the-pub knees up. Not if you’re Australian Gianni Catanzaro. His co-workers decided something a bit more special was required to celebrate his last days on Earth as a bachelor. Firstly, Gianni was grabbed, punched in the testicles (which, as we all know fellas, is already a pretty bad ‘prank’ as it is); had his wrists and ankles duct taped to a fence; was striped to his underpants; and egged. Enough’s enough, right? Wrong. Gianni’s loving co-workers then thought it would be a good idea to pour gasoline on to the floor and set it alight. Fair play to the lad, Gianni actually managed to get himself free, only to fall, face first into the roaring flames. The outcome: a postponed wedding and a cancelled honeymoon. The kicker: Gianni was the one fired… because the burns to his face and exposed body weren’t punishment enough for the awful heinous act of announcing his marriage to his mates. 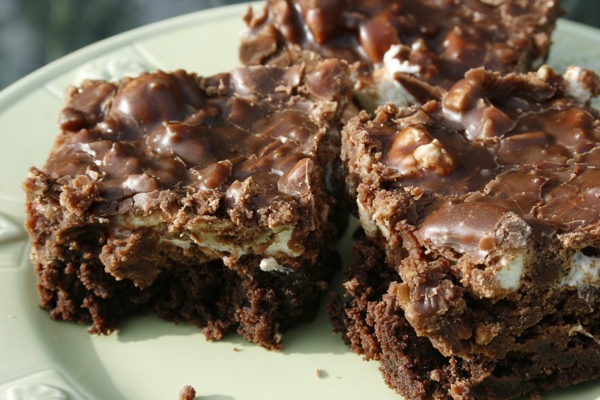 Joseph Tellini and Ian Walker are the sort of kids everyone would have wanted at their school. In their last year at senior high the two 18-year-old students thought it would be funny to repay their teachers for all their dedication to the boys’ educational needs by baking them a parting gift. But these were no run-of-the-mill brownies, these were brownies packed with marijuana. The teachers had clearly never encountered hash cakes before because within hours nineteen members of staff were taken ill and rushed to the nearest emergency room and the pair were ordered to do volunteer work. Worse still, the entire contents of the canteen were wiped out as wave after wave of teachers were hit with the munchies. 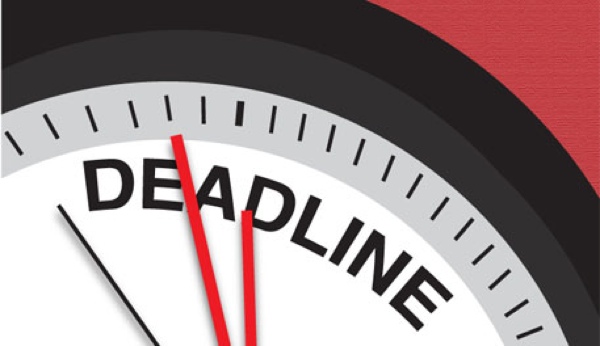 Life in the fast lane can be a stressful one. Deadline after deadline flies by without any cessation. This was Glenn Howlett’s mindset before his colleagues at London City Hall decided to wind him up. Poor old Glenn was happily working through his latest stress-inducing report when he received a memo informing him the report was actually due two weeks earlier than he had planned for. Receiving the memo whilst on holiday, Glenn quickly returned home, set his office to work and began the panic of a life time—presumably whilst still wearing his swimming trunks. Shortly afterwards, he collapsed with a suspected heart attack. Contrite and apologetic, from what could have quite possibly been his death bed, Glenn accepted that he would not be able to complete the report in time and decided to apply for an ignominious early retirement. It was at this point that one of the pranksters informed him of their hilarious joke. Great timing! Glenn, as anyone in their right mind would, saw the funny side, and promptly, and successfully, sued City Hall for damages. Some weeks later another memo was sent round, telling everyone not to pull pranks. The best bit, if only Glenn had clocked the date on the original memo: April 1st. 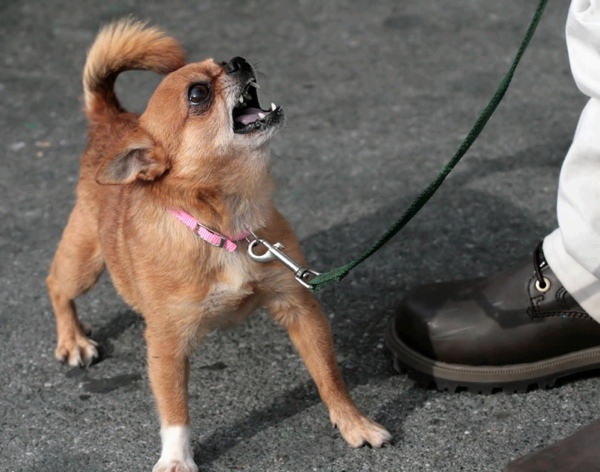 Paul Goobie. Remember the name because this guy pulled one of the sickest practical jokes of all time. Getting hold of a dead Chihuahua alone is pretty messed up but to then go and tie it on to the bumper of a co-worker, Kevin Meloy’s car is just plain twisted. Completely unaware of the deceased mutt flopping about at the rear-end of his automobile, Kevin drove for several miles without stopping—partly due to the fact Kev is a bit hard of hearing and couldn’t hear the numerous irate motorist’s honking their horns in disgust. Eventually, Kevin was alerted to his dead passenger and he in turn alerted the police, who wasted no time in charging Paul Goobie with the unlawful disposal of a dead animal. You’ve got to ask yourself, would he have got away with it if he’d have used a Doberman?

Looking for some office fun? Lighten things up with The One Minute Prank Book! 250 Quick and Easy Pranks & Practical Jokes at Amazon.com! 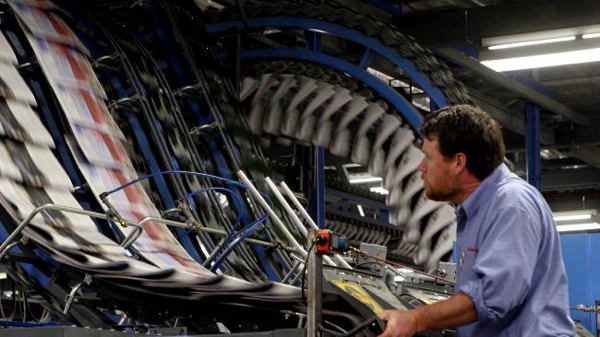 It was a normal morning on the news wires on August 25, 2000 and then all of a sudden word reached financial journalists that Emulex Corp had announced revised earnings and that they were being investigated for accounting irregularities resulting in CEO, Paul Folino, stepping down. Not surprisingly, the company’s stocks sank from $113.06 to $43 within two hours. Shareholders, obviously, were in bits. Why had they not be consulted? Well, no one at Emulex had been consulted. The whole thing was a fake. Earnings were fine, the CEO wasn’t leaving and there was no impending investigation. The following week an arrest was made. Mark Jakoba, a 23-year-old college student who was working at the small internet news company that ‘leaked’ the information had made a cool quarter of a mill from the cheeky scheme. Not that he could spend a penny of that in jail of course. 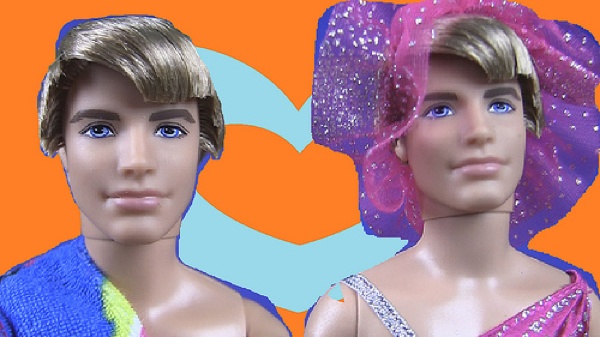 Being a night watchman at Toy ‘R’ Us must be boring as hell. So why not partake in a little spot of doll play—or even dress up a male doll as a female one? Poor Ken didn’t know what hit him. And neither did Carina Guillot and her 12-year-old daughter, Jocelyn when they walked into the store in Florida in July 1990. Believing they’d spotted a unique Mattel doll, and not dissuaded by the cashier in the shop, the mother and daughter left thinking they had a collector’s item in their midst. Shortly after they were offered $4,000 for their rare find. Once the story went national however, Ron Zero, the bored night watchman, ‘fessed up. His reward for his honesty? He was given the sack four days later.

It’s the last day of high school. You’re thinking of doing something radical to have one last dig at the place that has owned you for so many years of awfulness. You decide to play a practical joke: to sneak into the school through the girls changing room window and put a sex doll in the showers. Yes. A sex doll. But, oh no. Somebody sees you climbing through the window, hoodie and gloves and big black box and they think of all the logical things you could be doing and decide, yes, you’re planting a bomb. The school is evacuated and the Indiana State Police bomb squad clear the area costing the school over $8,000. The teenager in question, Tyell Morton was arrested and charged with institutional criminal mischief, which could have seen him spend up to eight years inside. Luckily, he only received a suspended sentence and a few weeks of community service. There’s one kid who’s learned his lesson: don’t climb through school windows brandishing a sex doll.