Language is a funny thing. There are about 500 million people who speak English on this planet, and it’s not even the most common language in the world (Mandarin tops the charts at over a billion). Yet, on the other end of the scale, there are somewhere close to 2,000 languages that are spoken by less than a thousand people each. Some of them are more similar than others, but the thing about different languages is they’re always familiar within your realm of experience—to an English speaker, Mandarin sounds like well-structured gibberish (and probably vice verse) until you begin to learn the rules behind the language, then slowly it eases further into your experience, and eventually it becomes just as easy—just as familiar—as English. You become fluent.

At least, that’s what’s supposed to happen. These languages, on the other hand, are almost beyond comprehension. Strange yet beautiful, here are 10 of the most bizarre languages still spoken in the world.

On the edge of the Caspian Sea in southern Russia is a small village called Archib. With a population of only 1,200 (or less, according to some experts), it’s the last remaining spot in the world where Archi is spoken. Although it’s similar to two other languages from the region—Avar and Lak—linguists consider Archi to be a language on its own, which is fortunate because it definitely deserves a spot on this list.

One of the things that’s so incredible about the language is that for any given verb, there could be as many as 1,500,000 separate conjugations. For comparison, take the English word “run.” You could conjugate that to ran, running, will run, has run, will have been running, and so on. The same thing happens in Archi, but it goes on for a million and a half different variations, depending on the situation. Also notable is the language’s use of “voiceless velar lateral fricatives,” a rare and fancy sounding speech element, best described as the ending sound when you say “Bach.” 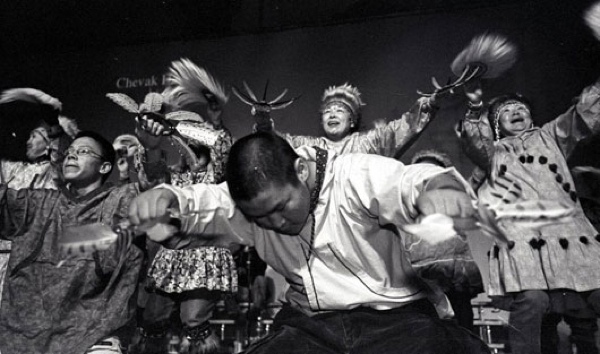 The word Yupik is actually used to describe a family of five languages, spoken by residents of Siberia and Western Alaska. Each one of those languages is similar, but different—if two people from a different region met, one might not be able to understand the words spoken by the other, but because of the sentence structure and similar phonetic sounds they could still carry on a basic conversation.

Yupik is what’s known as a polysynthetic language—words are sometimes created that have a very, very specific meaning, to the point of creating a sentence out of a single word. For example, take the word tuntussuqatarniksaitengqiggtuq. It literally means, “He had not yet said again that he was going to hunt reindeer.” It is a word that can only be used for an extremely specific situation and, even more bizarre, none of the individual word parts make any sense unless they’re used in that specific word. The only exception is the word for reindeer, tuntu. 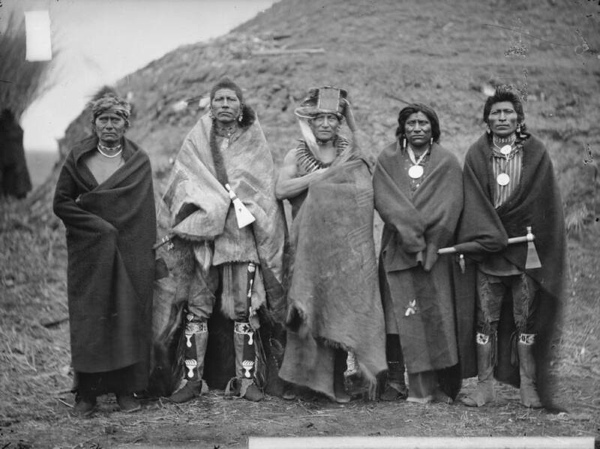 When it comes to polysynthetic languages though, there are few that can hold a candle to Pawnee, spoken by Native Americans indigenous to Nebraska. Their alphabet is simple—only nine consonants and eight vowels—but they have multiple words that contain more than 30 syllables. In fact, it’s rare for a sentence to not have at least one word with over 10 syllables.

Unfortunately, the Pawnee language is fast declining. There are still a few seniors who speak Pawnee, but the younger members will usually learn English instead of Pawnee, and it’s expected to become extinct within the next few years. 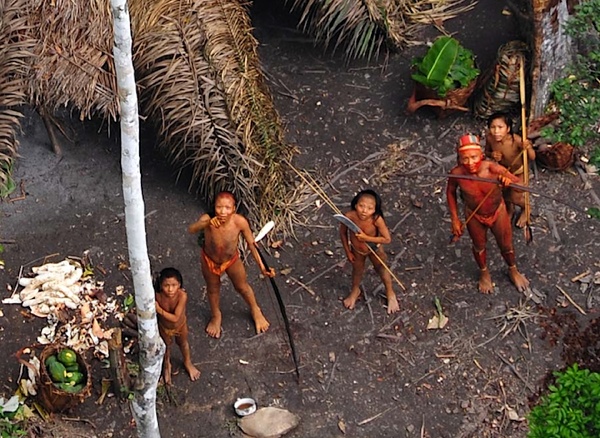 The Sentinelese language is interesting for one very unusual reason: we don’t really know anything about it. In a world where nearly every bit of land has been explored, there is still a small island in the Indian Ocean that no outsider has ever set foot on—and lived to tell the tale, that is. That’s because the residents of North Sentinel Island have a very strict foreign relations policy—shoot arrows at anybody who comes close.

It’s believed that Sentinelese is probably similar to the other Andamanese languages (which is kind of crazy on its own—all of their nouns are based on body parts), simply because they’re geographically close to each other, but again, we really just have no idea. The most successful attempt at communication with them basically boils down to exchanging different colored buckets. We don’t even know how large the tribe is.

The Silbo language of La Gomera on the coast of Spain may be one of the most unique, and uniquely beautiful, languages of the modern day. While most languages incorporate complex sounds, with consonants, verbs, and all that pizazz, the Silbo language is remarkably simple—it’s a whistle language.

The whistles themselves function similarly to the way other languages work; rising and falling pitches can almost perfectly replace words, but they serve one important purpose—La Gomera is largely mountainous, and whistles allow the inhabitants to communicate across great distances. If you yell over a ravine, the sound might reach the other side, but the words will probably be jumbled and distorted, without meaning. If, however, you whistle, the pitch will carry almost perfectly, and the message will reach the other side completely intact. So vowels and consonants are distinguished by dips and rises in the whistled melody, and when they are strung together they create words and sentences.

Compared to most of the other languages on this list, Xhosa could almost be considered mainstream with nearly 8 million speakers. It’s one of the common languages spoken in South Africa, but it bases most of its sentence structure on tonal variations. A single word could have many multiple meanings depending on the pitch and tone of how you say it. Xhosa also has unusual consonants—18 of the recognized consonants are actually clicks. The word itself, “Xhosa,” is pronounced with a click at the beginning.

By this point in history, Xhosa has been understandably mixed a bit with several other languages, including English and Afrikaans, but it originated alongside Zulu and other languages that fall under the umbrella term “Bantu languages,” and there are many similarities between most of these languages.

The Pirahã language of Brazil is the last remaining of its kind; as far as we know, all the similar languages in the region have gone extinct. Also as far as we know, Pirahã is probably the simplest language in existence, with somewhere between ten and twelve phonemes (sounds). There are no words for colors, and some natives seem to be able to communicate with no words at all, translating the phonetic tone of the words into a series of hums and whistles.

Actually, saying that there are no words for colors in Pirahã isn’t entirely true; they technically have two words which mean “light” and “dark.” Similarly, it’s argued that they don’t have any numbers, either. There are two words in Pirahã that are spelled hói and hoí (note the different accents). According to Daniel Everett, who has spent some time studying the Pirahã tribe, the words mean small quantity and large quantity, respectively. So whether you had 10 sticks or 100, you would use the same word (large quantity), although that could change depending on what you considered to be a lot of something.

If Pirahã isn’t the simplest language in the world, that honor definitely goes to Rotokas, a small language found in Papua New Guinea. Like Pirahã, it’s believed to only have about 12 phonemes, and since there are no tonal variations between them, their alphabet is considered to be only 12 letters long.

As if that wasn’t enough, Rotokas is also one of the few languages that doesn’t have any nasal phonemes, like the sound you make when you say the letter “n” (it comes through your nose, “nnnn”). Rotokas speakers CAN make nasal sounds, they just don’t—the only time they’ll ever do it is when they make fun of foreigners who accidentally throw in a nasal sound when trying to speak Rotokas, which is sort of hilarious. 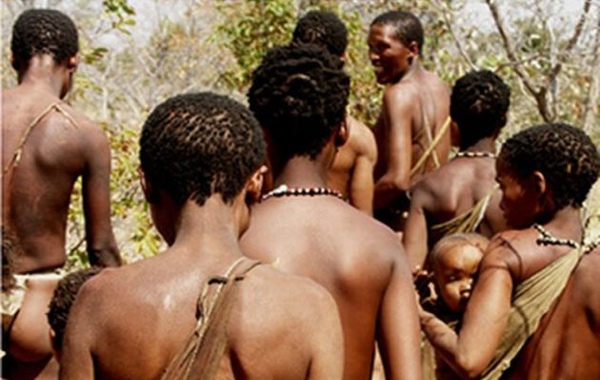 When it comes to the click languages of Africa, there are two main families; Bantu, which includes the Xhosa language, and Khoisan, which is considered to be the forerunner of Bantu, and one of the oldest languages on the continent. And unlike Bantu, Khoisan languages seem to be falling off the map completely, mostly due to the lifestyles of Khoisan speakers.

Most of the people who speak the various Khoisan languages are spread out across southern/central Africa, and many of them are in incredibly remote areas, and as such are relatively under-researched. A good example of this is the San (Bushmen) of the Kalahari desert, and different dialects exist even between different tribes in similar regions, which makes it difficult to even get a fix on what exactly constitutes the language.

The question usually comes down to this: how do you know when a dialect becomes so distinct that it can be considered a separate language entirely? For example, the Xiri language has approximately 90 speakers. The Korana, somewhere between 6 and 10. These are just a few of the problems linguists have run into while trying to catalog the sweeping variations in the Khoisan languages.

Listen to it here.

The Taa language is officially one of the Khoisan languages, but even in that diverse mesh of conflicting dialects and vast tonal ranges, Taa manages to stand out on its own, and it definitely deserves its own entry. To the best of our knowledge, Taa (also known as !Xóõ, but that’s hard to type) has more spoken phonemes than any other language in the world. Some linguists put the number of consonants alone at 164, and at least 111 of those are click sounds—and that only accounts for one dialect, known as West !Xóõn. They also use four different tones—high, mid, low, and mid-falling—providing even more variation in the ways that sounds and clicks can be combined.

As an interesting side note, locals refer to the language as Taa ?aan; Taa means “human being,” and ?aan means language, so it literally translates to the “language of human beings.”