Soda is big business; the combined revenues of Coca-Cola and PepsiCo alone topped 100 billion last year, a staggering feat when you consider the price point of a soft drink is only a buck or two. Arguably the most recognizable brand name in the world, Coca-Cola has become an indelible part of human culture; its history rendered into stories, myths, and urban legends that have been defined as “cokelore”.

Very few people go more than a day or two without a soda; while often considered an unhealthy indulgence in the west, in some third world nations where drinking water is unsafe, such beverages provide a lifeline. Below are ten of the more interesting facts about one of the world’s most popular drinks. 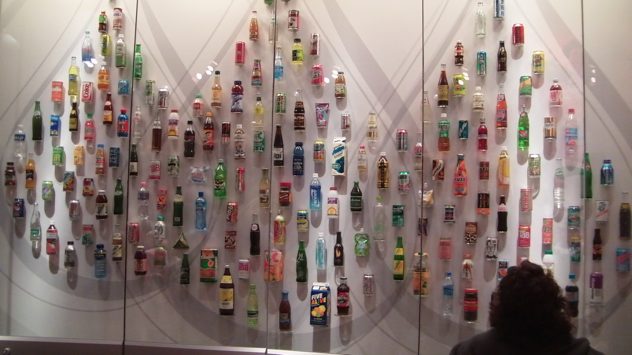 If you were to survey the refrigerated section in your local convenience store, you might figure there are at most a few hundred different kinds of soda. However, Coca-Cola alone has some 3,500 different soft drinks in its international arsenal; if you were to try one every day, it would take 9 years to sample them all (by which time there would surely be more). There are many exotic sodas to be found worldwide, particularly in Japan, which seems to have an affinity for novel beverages. Soda flavors in the land of the rising sun include: yogurt, green tea, octopus, wasabi, kimchi, cheese, cucumber, and eel, amongst others. 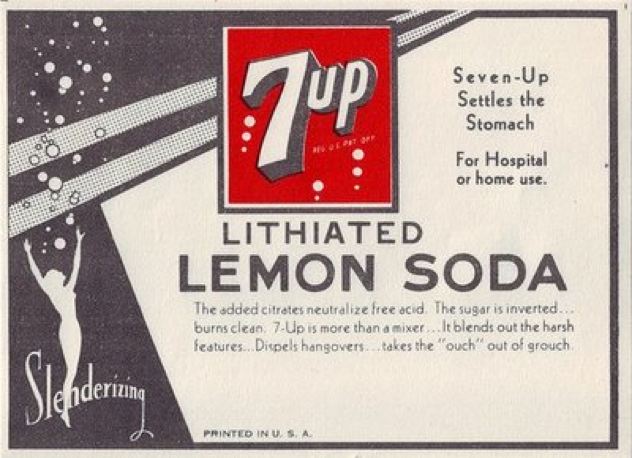 Lithium citrate is a mood stabilizing drug used to treat depression and bipolar disorders, sold under trade names Litarex and Demalit. Today it requires a prescription, but years ago it was a common ingredient in many medicated beverages, including “Bib-Label Lithiated Lemon Soda”. Today, we know it as 7UP (it is interesting to note that no one really knows where that name came from). It contained lithium until 1948. 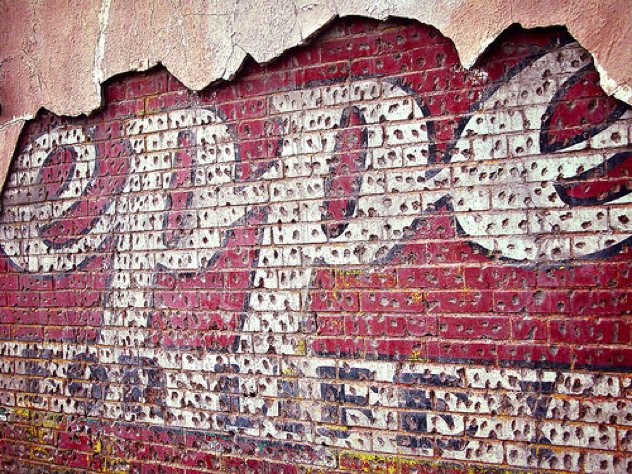 One of the greatest culinary mysteries of all time, the 23 ingredients that comprise Dr. Pepper have been speculated upon for decades. One of the ugly rumors spread about the soda is that it contains prune juice. While this is not in fact one of the components, the others are up for debate, but most probably include cola, vanilla, cherry, orange, caramel, and lemon amongst others. On the company’s FAQ website, the question of flavor is answered rather cryptically: “Dr. Pepper is a unique blend of 23 flavors. The exact formula for Dr. Pepper? That’s top secret proprietary stuff.” 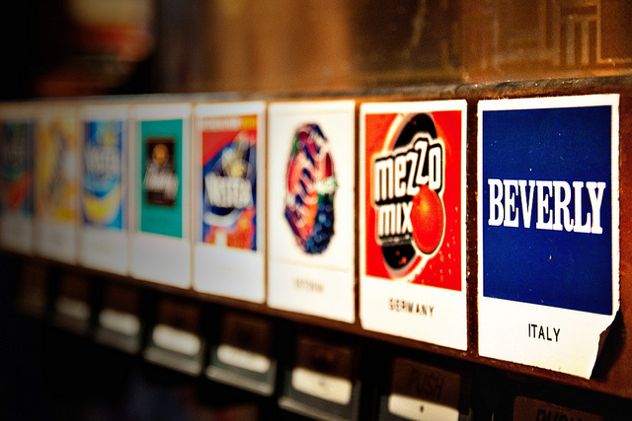 Taste is extraordinarily subjective, but there is one soda that has acquired a reputation as one of the most vile in the world. Manufactured for the Italian market by the Coca-Cola Company, Beverly is described as a non-alcoholic aperitif. It is available in the United States at the World of Coca-Cola museums in Atlanta and Las Vegas, and those who have deigned to try it are almost universally shocked by its bitter, astringent flavor. YouTube abounds with amusing videos of those enjoying a taste test. 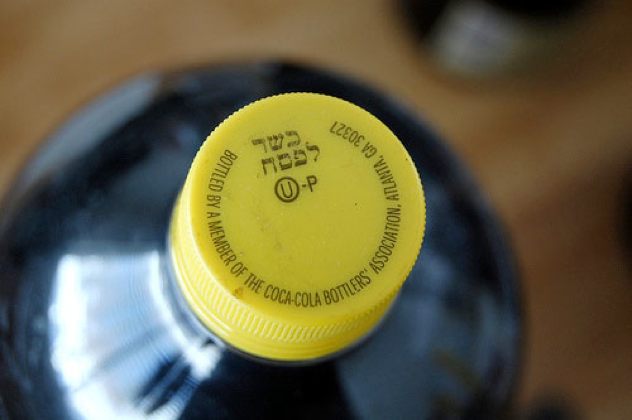 During the weeklong Jewish festival of Passover, which celebrates the exodus from slavery in Egypt, Jews are forbidden from the consumption of leavened bread (chamtez grains). Ashkenazic Jews (those from Eastern Europe) are also forbidden from eating corn, beans, and rice during this time (Sephardic Jews are allowed). Because Coca-Cola is sweetened with high fructose corn syrup (at least in the U.S.), it is not considered kosher. However, kosher Coke is produced in March and April to coincide with the Passover season. It is sweetened with pure cane sugar, and can be identified by a yellow cap. Many non-Jews also enjoy the subtle change in flavor, and during the short period of time it is available, it is heavily stockpiled. 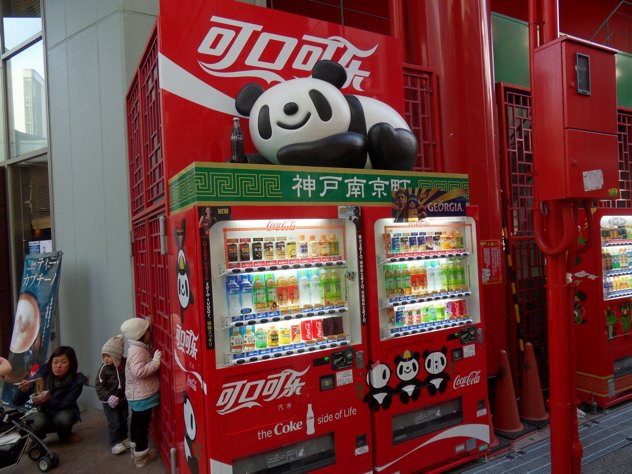 In the late nineties, Coca-Cola got the bright idea to install vending machines whose price was dependent on the temperature. That is, as the mercury rose, a the price of a soda would become exponentially higher, raised via a computerized temperature sensor within the machine. The proposal was a public relations nightmare; people hailed it as a perfect example of price gouging and corporate greed, and Coca-Cola backpedaled quickly 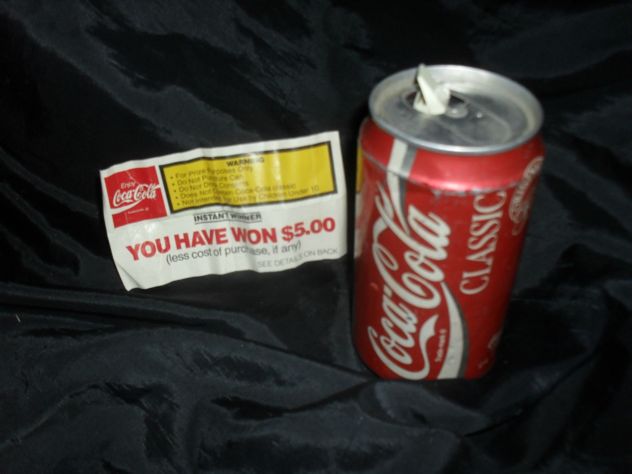 In 1990, as part of it’s “Magic Summer” promotion, Coca-Cola began it’s Magican program. Relying on the desire for instant gratification, they installed spring-loaded mechanisms in special cans that contained prizes, such as cash and concert tickets. To keep people from detecting the prize-winning cans without buying them, they installed chambers filled with chlorinated water. Unfortunately, the mechanisms that released the prizes weren’t always reliable, and sometimes people drank the water instead. It wasn’t poisonous, but it was foul, and it resulted in at least one trip to the hospital for an unsuspecting family. Coca-Cola printed advertisements warning consumers to “take a good look” at their cans before drinking, but the disastrous campaign ultimately folded after just three weeks.

Another short-sighted promotion took place in 1996, when Pepsi unveiled its points program. The premise was simple; buying Pepsi products would earn you a number of points which could be redeemed for merchandise like t-shirts and hats. When they released a commercial to unveil the concept; they included a tongue-in-cheek climax which featured a Harrier military jump jet, available for 7 million points. That would be more Pepsi than you could drink in 50 lifetimes, but business student John Leonard noticed a loophole: you could purchase Pepsi points from the company for 10 cents apiece. At this price, the $33.8 million Harrier jet could be had for the bargain basement price of $700,000. He gathered a group of investors and turned over a check for his jet. Pepsi refused, and the case was brought to court. In 1999, it was settled when a judge ruled that “no reasonable” person could have expected the prize. 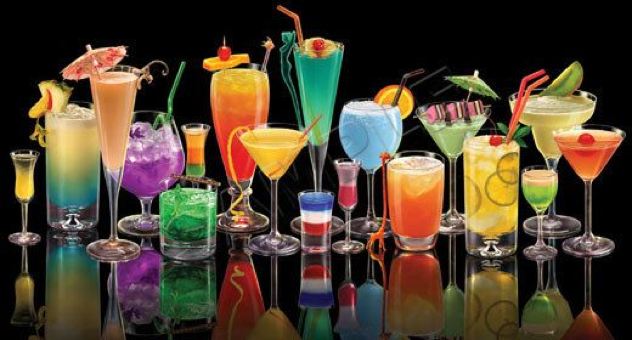 Recent research conducted by Northern Kentucky University indicates that drinking cocktails made with diet soda versus regular can get you 18% drunker. Participants in the study were given equal amounts of vodka, some mixed with Squirt (an unfortunately named citrus soda), and some mixed with diet Squirt. After 40 minutes, those who had consumed the diet cocktails registered much higher blood alcohol concentrations. The science here is really quite simple: the body views the sugar present in regular soda as food, and thus slows the absorption of alcohol into the bloodstream. This study is especially important to women, who are more likely to order diet cocktails, and whose bodies react to the potency in alcohol more than mens’. 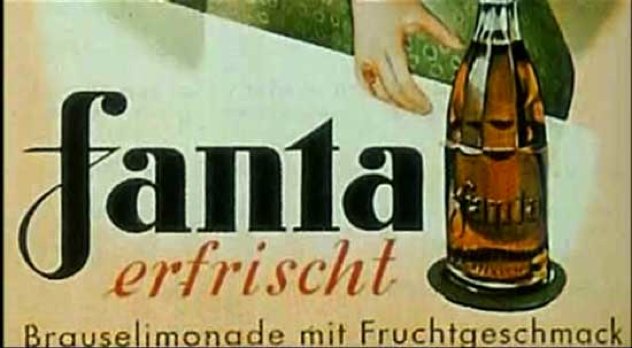 When trade embargoes against Nazi Germany separated Coca-Cola Deutschland from headquarters in Atlanta, the ingredients to produce Coke quickly dissipated. German born Max Keith, in charge of operations, developed a soda that could be made with the limited ingredients they had at their disposal. The result was “Fanta”, a play on the German word “Fantasie”. It was made with odds and ends: beet sugar, orange juice, leftover apple fiber, and even whey byproduct from cheese production. The recipe has since been updated (the original would probably taste something like laundry water to modern palates). It is noteworthy to add that despite governmental pressures, Keith never joined the Nazi party and remained loyal to Coca-Cola. When the war ended, he handed back control of his operations to headquarters.

Mike Devlin is an aspiring novelist. He is partial to ginger ale.