Some of the most popular conspiracy theories include the Roswell UFO Incident, the September 11 attacks, Area 51, and The Protocols of the Elders of Zion, to the extent that all of them are considered part of pop culture.

But those are just the most famous. Conspiracy Theories are a common psychic phenomenon that have invaded many parts of society. In this list we will examine in depth some of the lesser known conspiracies and hopefully we will make it to see the light at the end of the tunnel…. 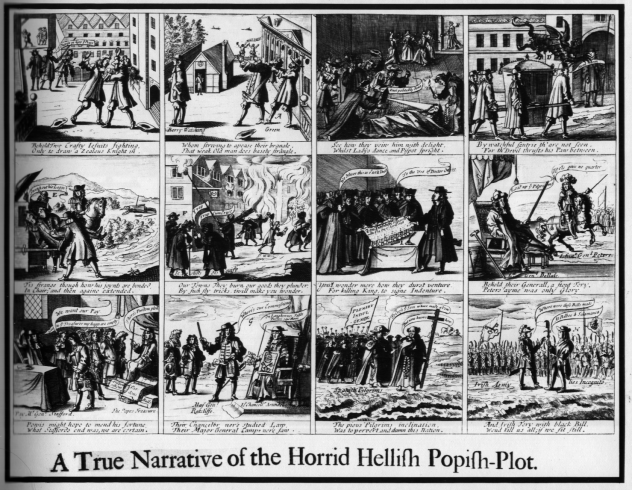 The Popish Plot of 1678 was the result of the fertile mind of Titus Oates. In fact, no Popish Plot existed but the circumstances within England at the time resulted in many listening to what Oates had to say. Titus Oates was a renegade who had joined the Church after Cambridge University, but was dismissed from his post for drunken blasphemy. He became the chaplain for a Royal Naval ship, the Adventurer, but he was dismissed from this as well for sodomy.

To get some elevation in society after his fall from grace, it seems that Oates discovered a plot to kill the king—what became known as the “Popish Plot”. This was a plot uncovered by Oates after he managed to infiltrate Jesuits based in London. The plan was to kill the king, Charles II, and replace him with his Catholic brother James. Then thousands of Protestants would be killed in a blood bath.

It was all nonsense—the invention of a fertile if warped mind, but events at the time conspired to assist Oates. 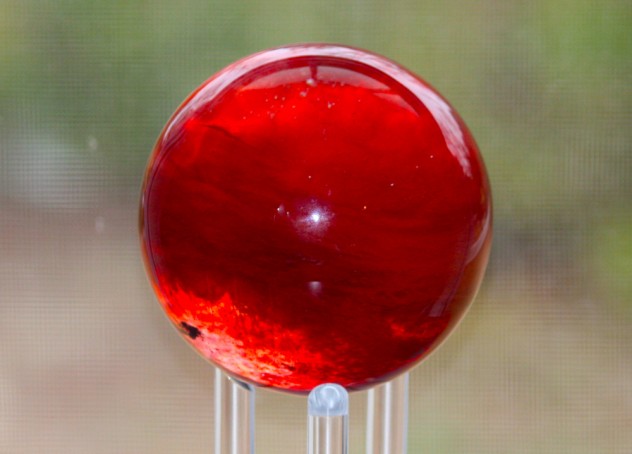 In the early 1990’s, in the wake of the collapse of the Soviet Union, several articles were published claiming that a pure fusion device had been invented. It emerged during the trial at the Old Bailey that red mercury was something of an urban myth, a substance which was either radioactive or toxic or neither, depending on who you spoke to.

It reportedly weighed around 10 pounds and was no bigger than a baseball.
If such a device existed, and was capable of triggering a nuclear explosion, the threat to the world—especially the western world—would be catastrophic.
But no such bomb has been discovered and nobody, not even Osama bin Laden from his mountain base in Afghanistan or Pakistan, has even threatened to use one. So is red mercury just a hoax? We definitely hope so. 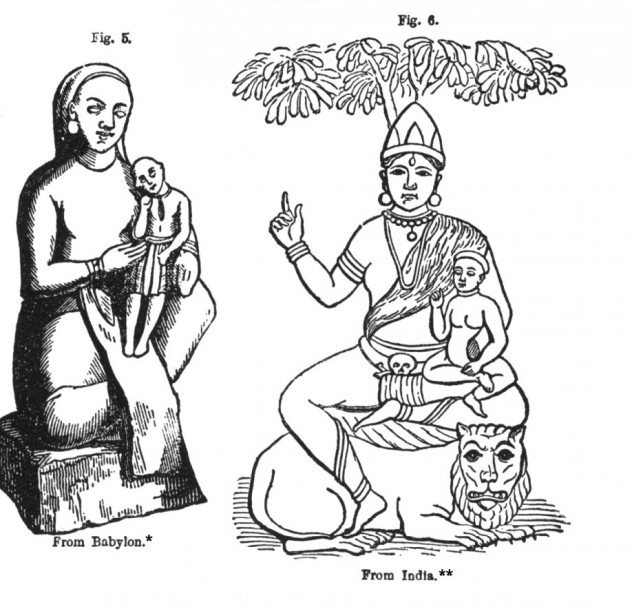 The Two Babylons is an anti-Catholic conspiracy theory based religious pamphlet produced initially by the Scottish theologian and Presbyterian Alexander Hislop in 1853. It was later expanded in 1858 and finally published as a book in 1919. Its central theme is its allegation that the Catholic Church is a veiled continuation of the pagan religion of Babylon, the veiled paganism being the product of a millennia old conspiracy. As Hislop’s sloppy scholarship and poor methodology of proving his case is much more evident today, it would be safe to say that few would believe it in today’s mindset.

It remains as a testimony of just how little we have changed as a society and how men think in any given time in history. The sad fact does remain that there are still some fundamentalist protestants who believe the work is truth. This is due solely to ignorance, which is actually an unacceptable excuse today, given the available information we have. 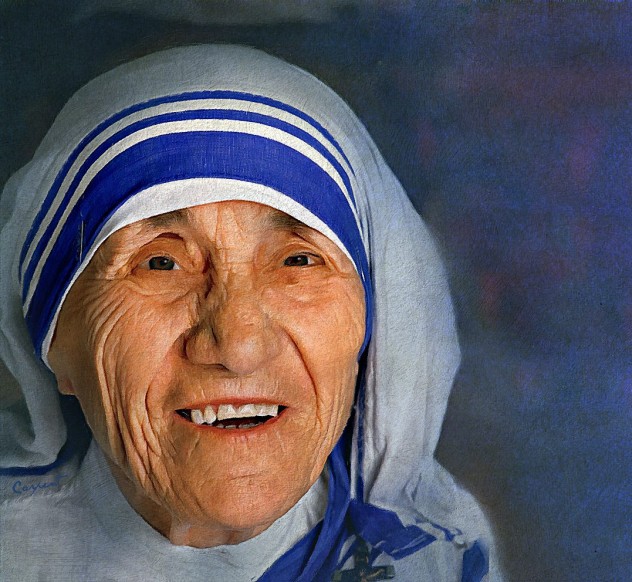 It’s true that Mother Teresa has been virtually untouchable as an almost sacred figure. However, there are a few conspiracy theories regarding Mother Teresa and her life.

One of them suggests that Mother Teresa was actually an American undercover agent working to prevent the Soviets from spreading their influence in India. Her work with the poor provided the perfect cover for slipping messages out to the US, and she succeeded in preventing India from becoming a hotspot during the Cold War. The US, grateful for her work, used their influence with the Vatican to get her beatified. And even though we have a really hard time to believe such theory, at the same time it’s stories like this that make you wonder. 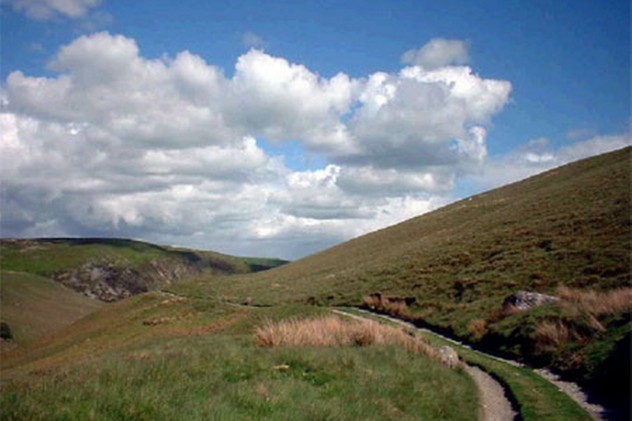 In 1958 author Gavin Gibbons wrote By Space Ship to the Moon, a sci-fi book which featured a UFO landing on the Berwyn Mountains in Wales. Sixteen years later, in 1974, those same mountains would again be the focus for a story involving a downed UFO—but this time, some said, the story was 100% real.

The Berwyn Mountain UFO Incident which is also known as “Welsh Roswell”, tells us a story about a UFO crashing on the isolated and sparsely-populated area of moorland in the north-east of Wales, and like at Roswell wreckage and dead alien bodies were secretly recovered by the military soon thereafter.

What separates the Berwyn Mountain incident from other UFO crash stories like Roswell, however, is the immediate reaction of the local residents. To begin with, no one was talking about UFOs and aliens. Locals living in the area thought that a plane had crashed on the mountain and the witnesses reacted by trying to save the lives of any survivors. The police were called in and set up a search team that was later joined by an RAF Mountain Rescue Team. So what really happened up on the Berwyn Mountain? Maybe we will never know. 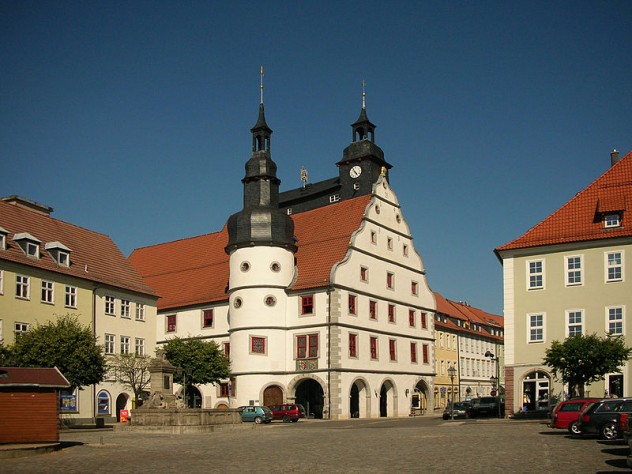 In 1807 a strange pair appeared in the small town Hildburghausen: A gentleman called Vavel de Versay and which one held for a count, and a lady only to be seen deeply veiled. Both lived in complete seclusion on the public life, in particular as they moved to the Castle Eishausen in 1810. The pair led a rich household and distinguished itself by great charity in the duchy. The lady died after 30 years of lonesome life in 1837, the gentleman in 1845. On account of their strange life they were called later the “Dark Count” and the “Dark Countess”.

After their death turned out that the “count” was a Dutch diplomat called Leonardus Cornelius van der Valck in reality. As for the mysterious lady, some people believed, she had been the Bourbon princess Marie Thérèse Charlotte, a daughter of king Louis XVI and queen Marie Antoinette of France, called Madame Royale. She should have been substituted by another person in 1795 after her captivity in the Temple prison in Paris. While the wrong princess came as a Duchess of Angoulême into the history, the real king’s daughter should have kept herself hidden in Hildburghausen and Eishausen.

4 Homintern: The gay community takes over 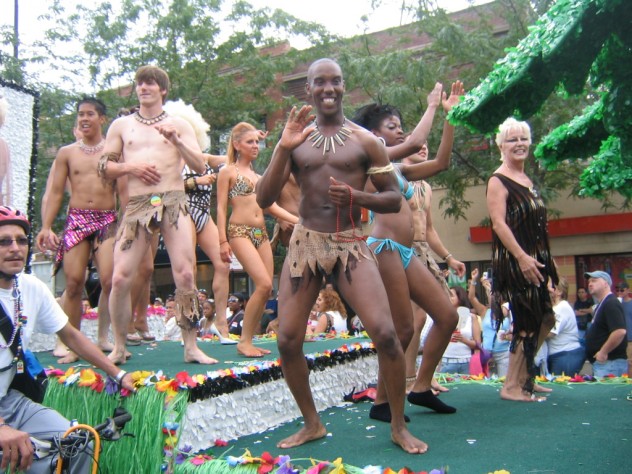 “All the ‘Artists’ with a capital A, the parlor pinks and the soprano voiced men are banded together,” warned President Harry S. Truman in 1946.

“I am afraid they are a sabotage front for Uncle Joe Stalin.” In the 1971 Watergate tapes, Richard Nixon railed against “homosexuality, dope … immorality in general: These are the enemies of strong societies. That’s why the Communists and the left-wingers are pushing it.”

“Homintern“, a play on “comintern”, was an early term for a supposed conspiracy of gay elites who allegedly controlled the art world and aimed to conquer the world as a whole. They are now more often described (from the successors) as a “Gay Mafia”.

To this day however, there’s no evidence that there ever was such thing as “the Homintern”. The only people who ever took this simple play on words seriously were those who feared the spread of homosexual influence. 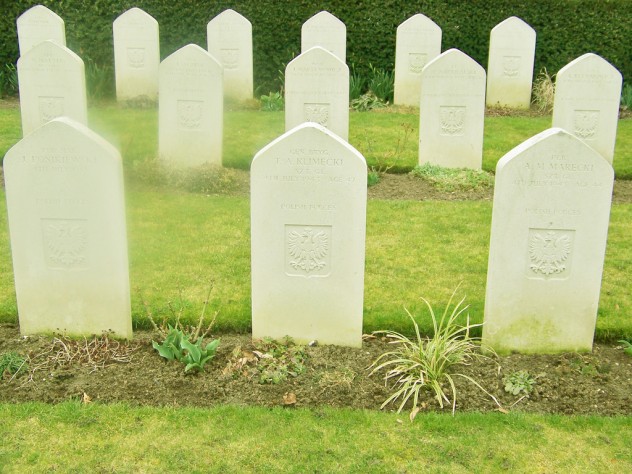 General Wadyslaw Sikorski died when his plane crashed off Gibraltar in 1943, but some of the details of the crash remain unclear. This has fueled some people’s belief that he may have been killed by the Soviet Union or Britain. The results of the medical tests have dealt however a severe blow to the theory that General Sikorski was murdered.

The investigation found that Poland’s wartime hero, who led its government-in-exile, died as a result of multiple organ failure of the kind typically sustained in a plane crash. It found no evidence that he was poisoned, shot or strangled.

A British investigation at the time found that the plane crashed for unknown reasons, perhaps because its controls had jammed. However, historians have since speculated that General Sikorski was murdered on the orders of Joseph Stalin or British Prime Minister Winston Churchill to prevent a split between the allies.

Shortly before he died, General Sikorski had demanded an investigation into the discovery of the bodies of thousands of Polish officers in mass graves in forests near Katyn in the former Soviet Union. Did that have something to do with his sudden death? 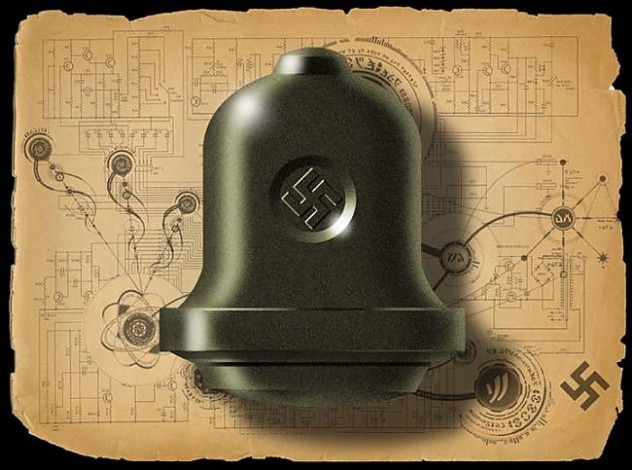 During World War II, Nazi Germany worked on an astounding array of futuristic weapons including heat-seeking missiles, a gigantic 1,000 ton tank, a stealth fighter, and an acoustic cannon. But perhaps the most spectacular and mysterious Nazi super weapon of all was known as Die Glocke.

Die Glocke in German means “The Bell.” The original die Glocke was constructed from metal, and shaped like a bell. The Bell contained two counter-rotating drums and an internal stationary shaft. Prior to operation, a liquid substance code-named “Xerum 525″ was placed into the shaft. Then the entire structure was cryogenically cooled and powered with high-voltage electricity.

When in operation, die Glocke gave off lethal field effects and supposedly killed five scientists during its initial tests. According to Joseph P. Farrell‘s book The Philosophers’ Stone: Alchemy and the Secret Research for Exotic Matter, survivors reported strange recurring symptoms such as “the sensation of ‘pins and needles’ on their skin, of sleeplessness, and a persisting metallic taste in the mouth.”

1 Gavdos: The island of immortality 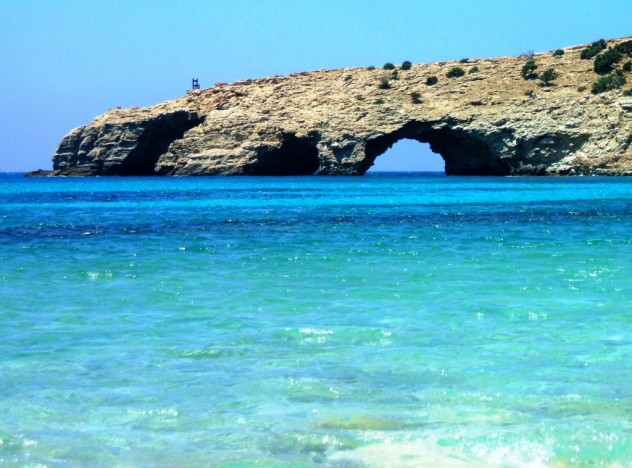 A gang of Chernobyl survivor scientists escaped to a remote island to resurrect ancient Greek theories and live forever. It sounds good, doesn’t it?

The official version of the story is that seven Russian scientists who survived Chernobyl migrated to a small God-forsaken island in the southern most point of Europe. They created an ecological house, helped the local people who loved the scientists from the very first moment. Their home is full of inventions. They built homes with whatever the land provided them. They have an underground shelter for relaxation and scientific research. That’s about all they claim.

On the other hand, there are mainly British and American conspiracy theorists that accuse the specific scientists for a series of things, such as that Gavdos is the source of immortality, according to Pythagoras, and this is the main reason the former Soviets went there. There’s also a theory that the Lost City of Atlantis lies under Gavdos, while the most ridiculous of all these theories is the one that suggests Gavdos is the main source of life and natural resources of all planet Earth and the Russians are attempting to control it.

The theory that sounds the most believable, and the only one Russian scientists never denied, is that four of them were in the last phase of cancer cause of radiation from Chernobyl and somehow they were all cured once they got to the island.

10 Amazing Tales Of Women In Sieges