Among the great discoveries of the 20th century was that of the role of DNA in heritability and the maintenance of life. Each of our cells contains almost two meters (6.5 ft) of DNA coiled within it. The study of DNA is still ongoing, but some of the discoveries so far have been a bit weird. 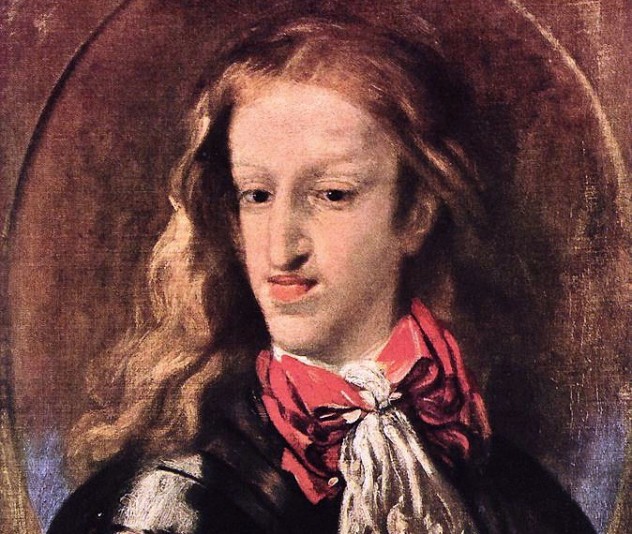 We all know the dangers of inbreeding and that it is probably not best to marry a close relative. Charles II, the king of Spain in the late 1600s, was so inbred that instead of the usual eight great-grandparents, he only had four. A glance at his portrait and biography will show that this was not a good idea.

But something interesting happens when you breed two inbred individuals from different families together. The offspring of such a match will often show a level of physical fitness well above either parent, and sometimes greater than the general population. This effect is called heterosis, or hybrid vigor. What seems to happen is that, for an inbred individual to survive, they must have some valuable traits to offset the detrimental ones. An individual who has been inbred from a different family will have different sets of genes. The cross will benefit from the good dominant traits and hide the negative recessive traits. This also explains the current trend of crossbreeding purebred dogs. 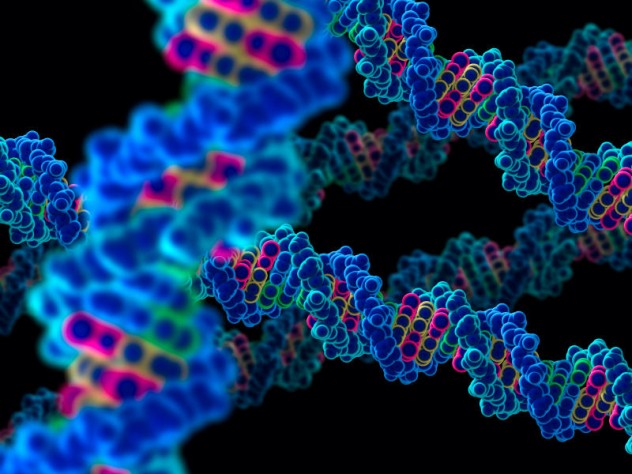 Just when you think you have genetics figured out, a new set of complications arises. You inherit one copy of a gene from your mother and one from your father, and you would think they would interact in a nice, equal style. Alas, the inequality between the genders is more than skin-deep.

Epigenetics is the study of the changes which can be made to DNA without changing the actual sequence of the DNA itself. Chemical modifications to the DNA can make a gene more or less active. This imprinting, as it is called, can have large effects on offspring health. Two disorders—Angelman syndrome and Prader-Willi syndrome—are caused by the inheritance of the same genetic information, but they have widely differing symptoms. The same DNA sequence causes different effects, and it all depends on whom you inherit that piece of DNA from. If the DNA is from your mother, you will develop Prader-Willi syndrome. If the DNA is from your father, you will develop Angelman syndrome. 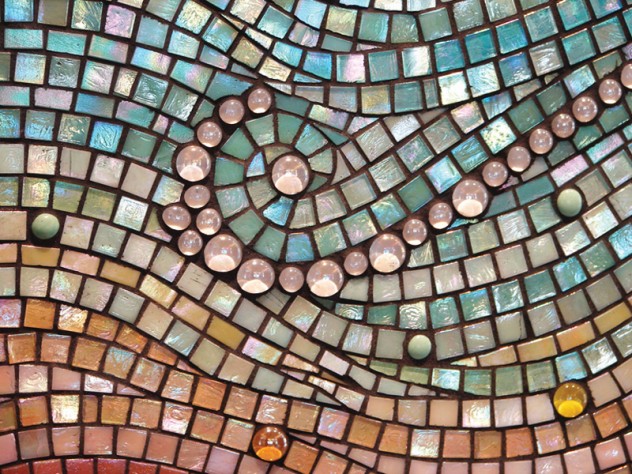 It is often said that the DNA in all of our cells is the same. This is broadly true, except in the case of mutations. If a mutation happens when an embryo is young, say eight or 16 cells, then all of the descendants of the mutated cell will inherit the mutation. This will lead to patches of the adult organism having the mutation while others don’t. This can lead to visible changes, such as patches of colored skin or hair, or localized diseases. In humans it can be possible to see stripes (called Blaschko’s lines) that occur when two colored cell types develop together.

Occasionally it happens that two embryos in a womb will fuse at an early stage of development. The cells of the two embryos mingle and develop as a single individual. That one organism will then have two sets of DNA. Due to cell migration in embryo development, the resulting organism will end up with patches of each type of cell. In this case of mosaicism, the organism is referred to as a chimera. 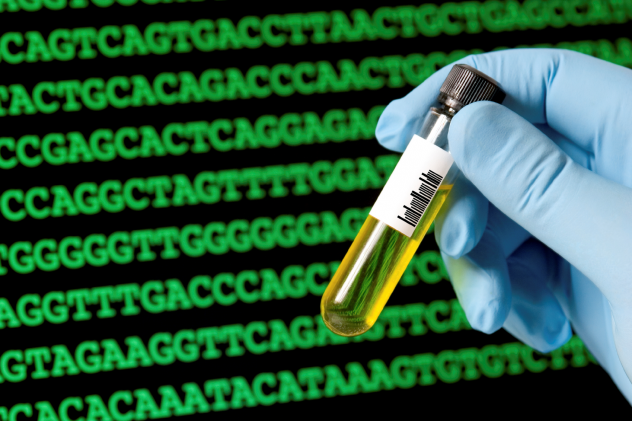 Proteins are coded for in DNA in sections of three base pairs in length (codons). When DNA is copied there is a proofreading process which makes sure that the copy is the same as the original. Mutations occur when a mistake slips through the proofreading, an event which only happens about once every several million base pairs. But certain sites are more likely to accumulate mutations than others. Sometimes there are repeated runs of the same codon, called trinucleotide repeats. These make it harder for the proofreading mechanism.

In Huntington’s disease, the gene involved has a number of runs of CAG in its code. If during copying an extra set of CAG base pairs is slipped in, the proofreading mechanism might miss it, as there are CAG repeats on either side. As a result, when the protein is produced, it has an extra amino acid in it. Luckily there is some flexibility in the protein which allows for some additions. Only when the length of the mutation reaches a critical length does the disease show. And because mistakes accumulate with each generation, Huntington’s disease appears to get worse from parent to child. 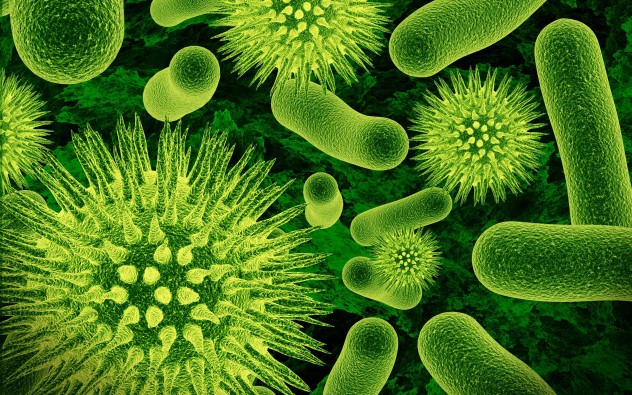 Do you feel a bit viral today? If you did I wouldn’t be surprised. Approximately 8 percent of your DNA is derived from viruses that invaded your ancestors’ genomes and never left. Some viruses—retroviruses—replicate by inserting their DNA into their hosts. Copies are then made and the virus spreads. But occasionally when the virus is integrated, a mutation occurs that deactivates it. This “dead” virus then remains within the genome and is copied every time the cell is. If the virus integrates with a cell that will one day form an egg or sperm cell, then it will be passed on to every cell in the offspring. In this way, incorporated viruses build up within genomes over time.

Because the integrated virus can be passed on to all offspring, it is possible to map evolution by the presence of a deactivated virus. If a virus entered the genome fairly recently, then only very closely related species should have it. If it entered long ago, then many related species should share it. One such virus remnant has been found in nearly all mammals and is thought to have come from an infection 100 million years ago. 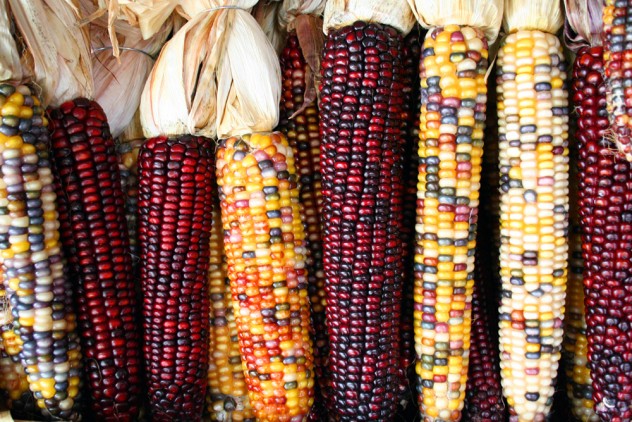 Now that nice weather is hitting us in the Northern Hemisphere, it’s time to clean out the barbeque. But before you eat your corn on the cob, take a good look at it. It might just win you a Nobel Prize. Sometimes, corn kernels will display a range of colors, even though they share the same genetics. Barbara McClintock discovered that this change in color was caused by part of the genome being removed at certain stages of development. These transposable elements, called transposons or “jumping genes,” have been found throughout many genomes. They are essentially sequences of DNA that allow the strand to be cut, a portion of DNA removed, and the strand repaired without the removed piece of DNA.

Having bits of your genome hopping in and out should be dangerous, and many diseases are indeed linked to jumping genes. But almost half of the human genome is linked to these transposable elements. Where did they come from? They most likely came from our viral friends who never left. Researchers are still trying to figure out why these areas of instability have been preserved, but it seems possible that they may allow reorganization and innovation in the genome. 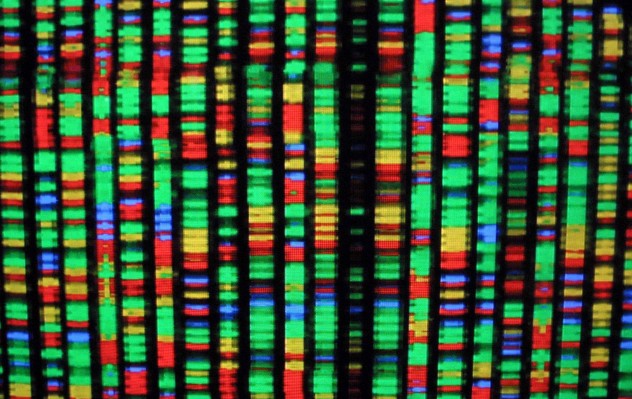 The human genome contains somewhere around 20,000 genes which code for proteins. Many of the genes are very, very similar to each other and are clearly mutated versions of one another. By comparing the sequences of genes, it is possible for scientists to make accurate guesses as to what a gene does. But how did we end up with copies of genes to mutate?

It seems likely that transposable elements played a role. If a section of DNA jumps out after it has been copied and cuts into the new strand of DNA, then we have two copies of the same gene. Mutations are often deadly, but if you have two genes to play with, one can mutate freely so long as the other remains active. This allows one gene to evolve to fulfill a new role. This is called neofunctionalization. 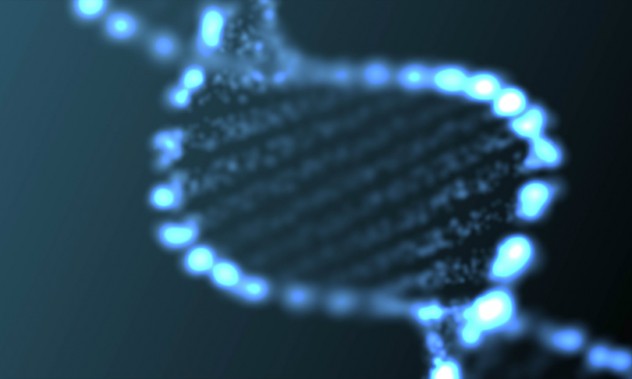 All life forms on earth share the same basic genetic structure. The same four bases—the building blocks of DNA—are found wherever life is found. There are two options that may explain why this is so. Either these are the only four bases that can be used to form stable DNA, or there was a single instance of life-forming and all the descendants inherited the usage of those four bases.

To test these analogues, chemicals with almost the same structure as the original bases were created. After giving these analogues to cells, it was discovered that they were incorporated into DNA. The DNA formed in this way had structure and function very similar to natural DNA. This result suggests that the DNA we all use is essentially the result of a choice made billions of years ago by our first ancestor. 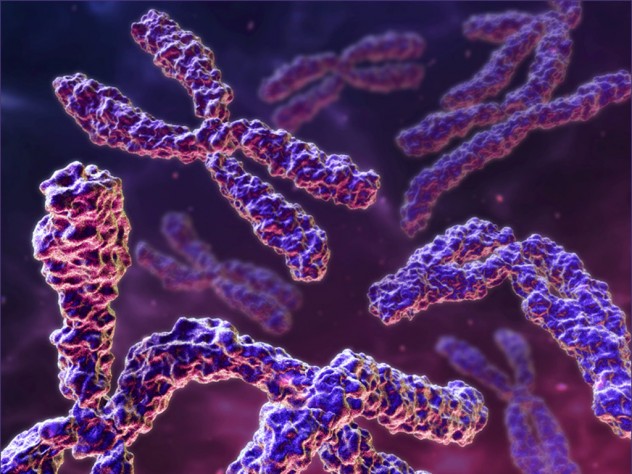 Chromosomes are the large sections of DNA into which the genome of eukaryotic organisms is organized. Humans have 23 pairs of chromosomes, and chimpanzees have 24 pairs. If humans are related to chimps, how can we account for this difference? We could predict that two of the chimp chromosomes fused at some point after chimps and humans diverged. When we look at human chromosome 2 it looks very similar to two shorter chimp chromosomes. Chromosome 2 even has two sets of features, where other chromosomes only have one. How could this happen?

When chromosomes are being copied, they often undergo a recombination process. This is the swapping of similar areas between pairs of chromosomes. This serves an evolutionary purpose in that it mixes up DNA to allow for greater variation. However, it sometimes goes wrong, and the swapping occurs between the wrong pairs of chromosomes. This can cause diseases and sometimes fuses whole chromosomes. At some point in the past, this happened to our ancestor, and it provided us with our very large chromosome 2 and set us on our current evolutionary path. 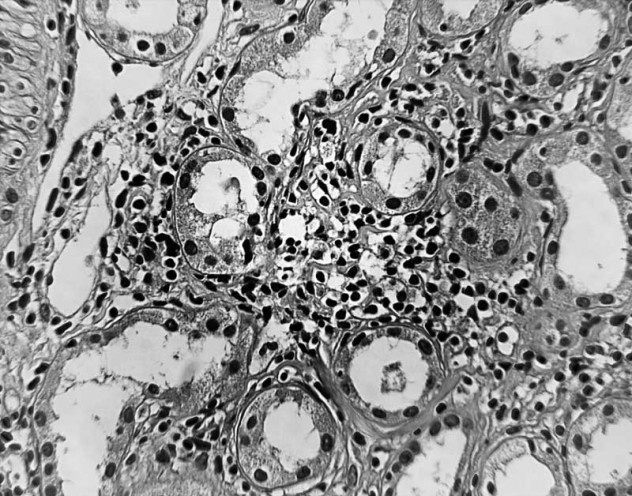 The human genome is composed of all of the DNA found within the nuclei of our cells. However, there is another source of DNA within our bodies. Mitochondria are the powerhouses of our cells. It is thought that mitochondria are actually simple cells that invaded our cells at some point in the distant past. This has been suggested because the mitochondria maintain their own DNA and replicate on their own.

When an embryo forms, it inherits half its genome from its mother and half from its father. But all of the mitochondria are from the mother’s egg. If a mutation has occurred in those mitochondria, then all of the resulting offspring’s mitochondria will be mutated. This is often deadly. To stop this from happening, a potential treatment has been developed which would essentially create a baby with three parents.

A sperm would fertilize the mother’s egg as normal, but then the nucleus that is formed would be removed from the embryonic cell and placed in an egg that has had its nucleus removed. This cell would therefore have the DNA of its mother and father, and the mitochondria of a third person as well.