Butt-dialing is when someone accidentally calls a number with their phone in their pocket. Usually the results are pretty boring—just some muffled background noises. It gets less boring, however, when the number accidentally dialed is 911. It happens thousands of times every day and has become a real problem for police, who don’t have the resources to follow each one up. But every now and then, they strike the jackpot with crooks who butt-dial 911 in the middle of a crime. 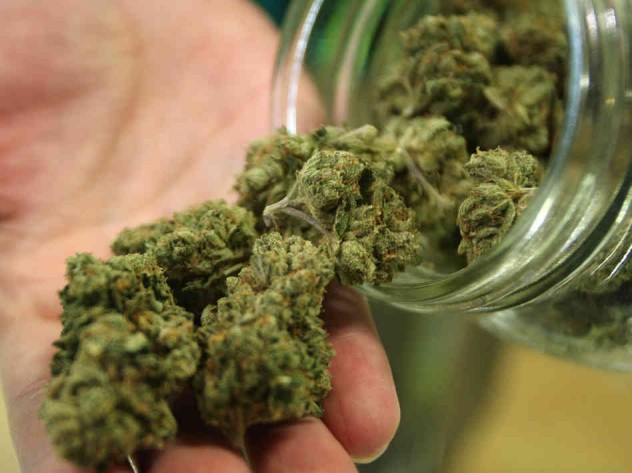 Accidental pocket dials might be keeping police busy, but when New Jersey police responded to a butt dial from 22-year-old Andrew Macfarlane, the dispatcher could hear him talking about marijuana.

Before Macfarlane knew it, police were at his door. He let them in, and they had a look around, discovering a small amount of drugs. He was arrested right there and taken to the police station, where he was charged with possession of marijuana and drug paraphernalia. 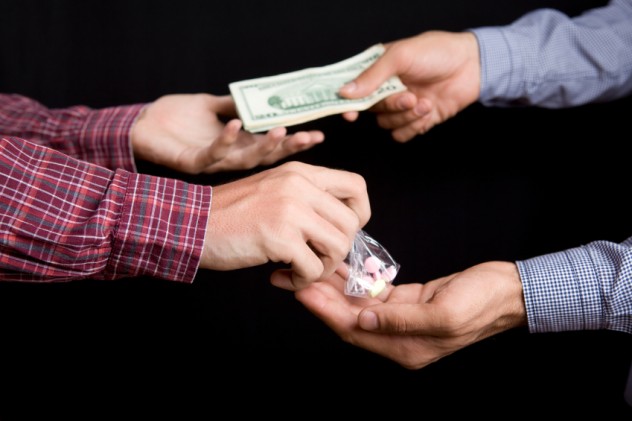 While Macfarlane was simply using drugs when he accidentally called the cops, Justin Kryzanowski was in the process of buying them. Police paid him a visit at home, where they found him surrounded by syringes and pill bottles, dosed to the gills on an opiate substitute called Suboxone.

They also found some brass knuckles, and he was arrested and charged with possession of drugs, paraphernalia, and weaponry. As for the guy he was buying it from, all they know is that his name might be Rick and he’s probably the guy to talk to if you want any Suboxone. 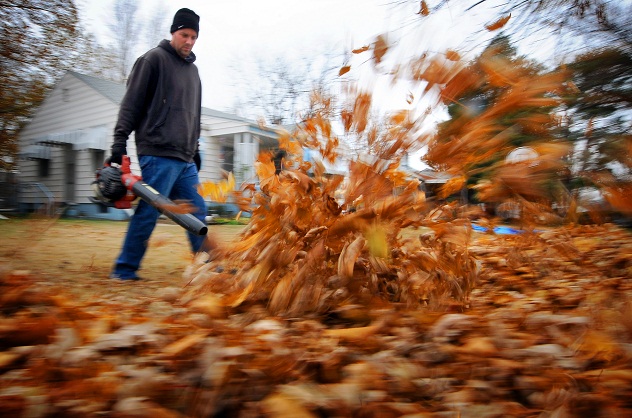 No one likes it when their neighbor uses a leaf blower in the morning, especially on weekends. You’re trying to sleep in, and they blast away at whatever foliage they can find. It’s not a stretch to suggest that these people should be arrested, and that’s exactly what happened to James Green. He was doing some yard work with a leaf blower when the phone in his pocket repeatedly dialed 911.

Police managed to triangulate his location and hurried to the scene. When they arrived, they were relieved to see that there wasn’t an emergency, but that didn’t stop them from taking a closer look. A bit of digging revealed two outstanding arrest warrants over failure to pay fines. They arrested him on the spot. 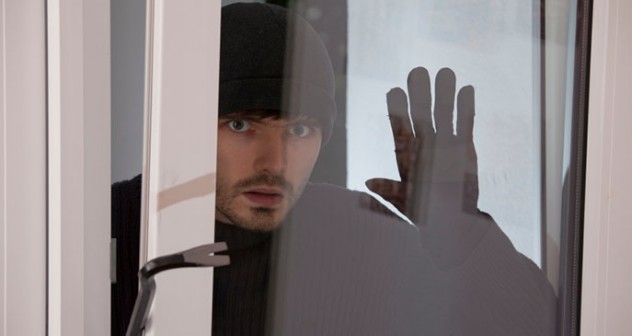 Burgling a widow’s house while she’s at her husband’s funeral is pretty low. Perhaps it was out of a sense of shame that Payton Brewer accidentally pocket-dialed police after doing just that (but let’s be honest, it probably wasn’t shame-related).

After answering the call, Payton and his accomplice were overheard discussing their take, which included cash, jewelry, and a gun. One of them worried that they missed a lot because they “didn’t even get to go through half of the house.” This was met with a declaration of “We’re good. I got enough jewelry.”

Thanks to the call, police were able to track the less-than-dynamic duo to a nearby pawn shop, where Brewer was caught selling the stolen goods. However, his accomplice managed to escape. Police are currently searching for anyone talking about how their dumb, butt-dialing accomplice almost got them arrested. 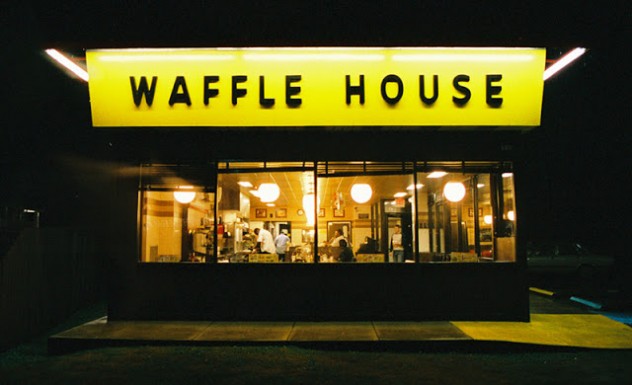 You can get a lot of things at Waffle House. There are waffles, of course, but also sandwiches, steaks, burgers, hydrocodone, and salads. Availability of some of these items varies depending on location. For instance, the prescription drugs were only available for a limited time at one Waffle House in Georgia—thanks to Daniel Moore.

When dispatchers answered a call from Moore around 1:30 AM, they could hear several people discussing a drug sale. They traced the call to the restaurant and sent an officer to investigate. The first problem was finding out whose phone made the call. The sheriff’s deputy handled it methodically: He spoke to everyone there one by one while the dispatcher listened in. When they heard the familiar voice on the other end of the line, the dispatcher told the officer they had their guy. 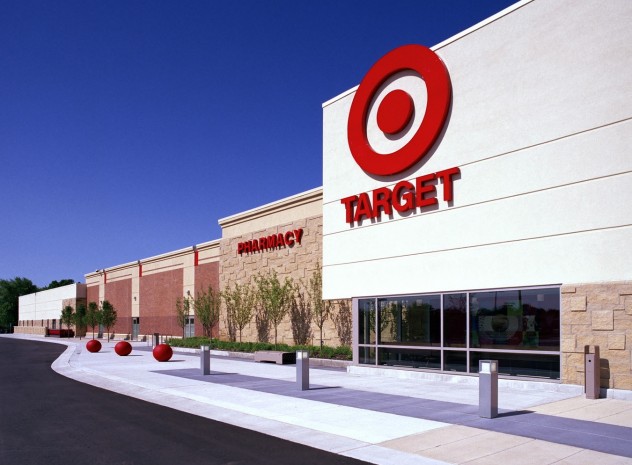 Thanks to the magic of call tracing, it’s usually easy for authorities to track down a mystery dialer. But in the case of Jason Hamielec and Brian Johnson, they must have figured the police needed some extra help. In 2011, they robbed a Target, and as they made their getaway, one of them called the police—who listened in on their hour-long conversation.

They were so chatty that call tracing wasn’t necessary. One of them even gave a description of the car they were driving. But their biggest mistake was discussing where they could sell their loot and (quite audibly) deciding on a specific video store. Much to their surprise, the police were waiting for them in the parking lot. As soon as they pulled in, they found themselves surrounded and arrested. 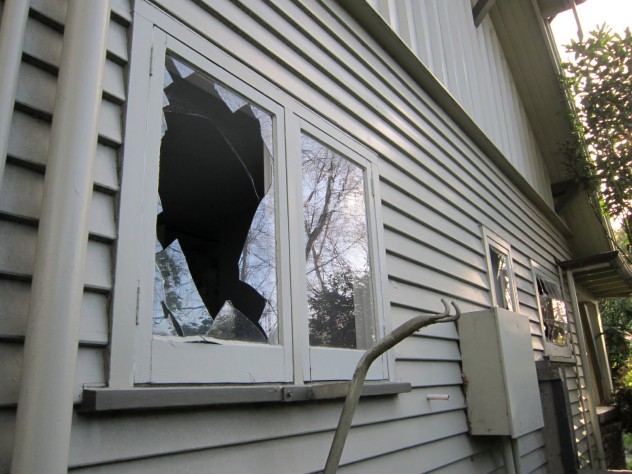 A pocket dial isn’t the only way a crook can be betrayed by their phone, but in the case of Douglas Wolaver, that’s how it began. He had broken into someone else’s house when he dialed 911. The dispatcher didn’t hear anything incriminating but traced the call and sent police just in case.

The first thing the police noticed at the scene was a broken window. As they searched the house, Wolaver hid himself in the bathroom. Although they probably would’ve found him anyway, Wolaver’s phone started beeping because of the low-battery alert, leading police directly to his hiding place. 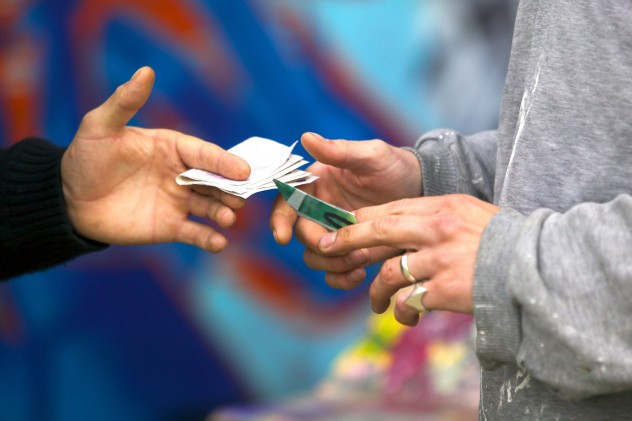 Dealing drugs a block from the police station is a gutsy move. And it would have been just another day at the methamphetamine office for Raleigh Reynolds had his customer not butt-dialed 911.

As soon as it became apparent that someone was selling drugs nearby, police walked a few steps and caught them in the act. At first, they denied having a phone on them, but the officer wasn’t going to let them off that easily. He raised his voice until the dispatcher could hear him over the still-connected phone. Raleigh was arrested and later released on bail, while his pocket-dialing customer was cited for possession of 28 grams (less than an ounce) of marijuana and ordered to appear in court. 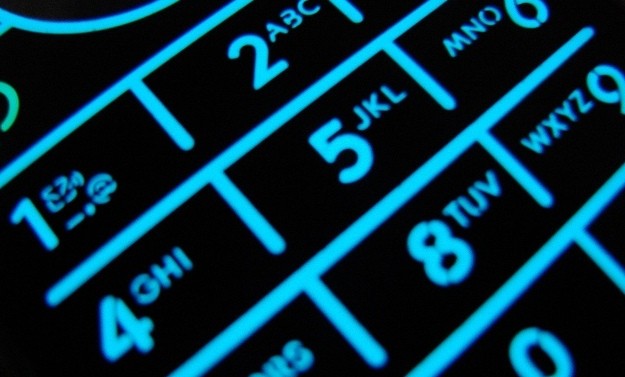 Around 6:00 PM one evening, police in Monticello, Arkansas received a call from a woman who claimed she was being threatened in a church parking lot by four other women. She said they were kicking her car, but (for whatever reason) she didn’t think to drive away or call the police until one of them pointed a gun at her.

A short while later, she called again—because the same women were now throwing rocks at her car. This time, the police arrived in time to catch two of the suspects, but he other two managed to elude capture. Police searched for them, but it was getting dark and starting to look like they would escape.

At about 7:30 PM, a dispatcher radioed the pursuing police because one of the runners accidentally butt-dialed 911. The police called the runners back and tracked them down with their phone, which lit up when called. As one might expect, hiding in a dark forest suddenly becomes much harder when you’re carrying a bright, glowing screen with you. There are no reports on why the women didn’t just shut off their phone. 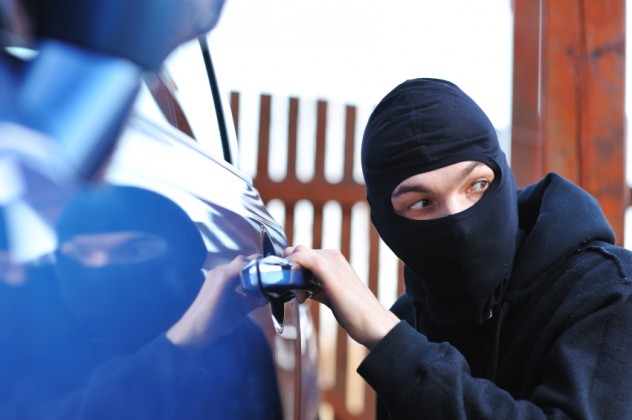 Wesley Strom butt-dialed police in the middle of stealing a car on not one—but four separate occasions. The first call revealed two men laying out a plan: “You pull up, I jump out,” one said. “I’ll go jiggle a key, I’ll be done in . . . 37 seconds.”

Despite their best efforts, police couldn’t find the thieves. The second call came four days later with one of the mystery thieves shouting at the other: “You’re freaking out for nothing. They’re not even looking for us. We haven’t done anything yet.” Once, again, police came up empty-handed. The third call came only a few hours later, and this time they were discussing stealing the rims from another car. Police were once again dispatched, but only found an abandoned, stolen car.

At this point, dispatchers were on the lookout for the phantom caller and were prepared when the fourth call came two days later. They quickly traced the call to an apartment complex—where they found Wesley Strom in the parking lot. Fortunately, he had an outstanding arrest warrant for a misdemeanor, so police took him in. He initially denied having anything to do with the calls, but as soon as police played back the recorded conversations, he admitted to everything. Maybe if he didn’t have such muscular glutes . . .