Celebrities are normally famous for a reason—they have some skill or feature that distinguishes them from regular people. So naturally when they walk around in public, they’re the center of attention, right? It turns out that most people don’t recognize genius when they see it. 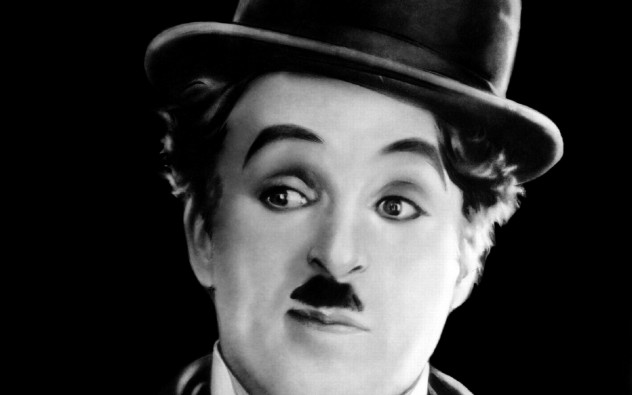 This sounds like one of those oft-repeated “facts” that everyone has heard but seems to have come from nowhere, like the (stupid) myth that dogs can’t look up. But no, Charlie Chaplin really did once lose a Charlie Chaplin lookalike contest.

While walking around San Francisco, Chaplin happened upon the contest and, feeling he had a distinct edge over the competition, signed up. Though his final placing in the contest isn’t known, Chaplin didn’t make it past the preliminary stages and didn’t appear in the finals. He was so annoyed that he contemplated teaching the other entrants how to do the Chaplin walk—though if he had, no doubt someone would have told him he was doing it wrong. 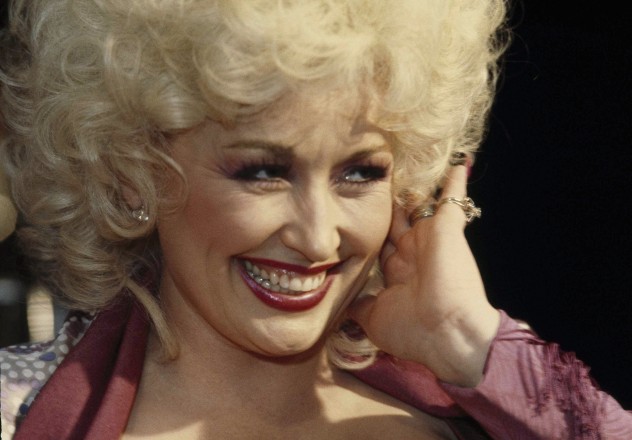 Dolly Parton is famous for two big things: her singing and her business savvy. And, of course, she has a very distinctive look. Just for the giggles, she decided to enter a Dolly Parton look-alike contest to see what would happen.

And what happened was that she was utterly trounced by the competition. Apparently nobody paid her any attention at all, feeling that she was too short to make a convincing Dolly Parton. She ended up losing to a drag queen. Being the awesome gal she is, she took the loss on the chin with no hard feelings. But that doesn’t change the fact that a group of people who claim to be Dolly Parton’s biggest fans couldn’t tell who she was in a room full of men in drag. 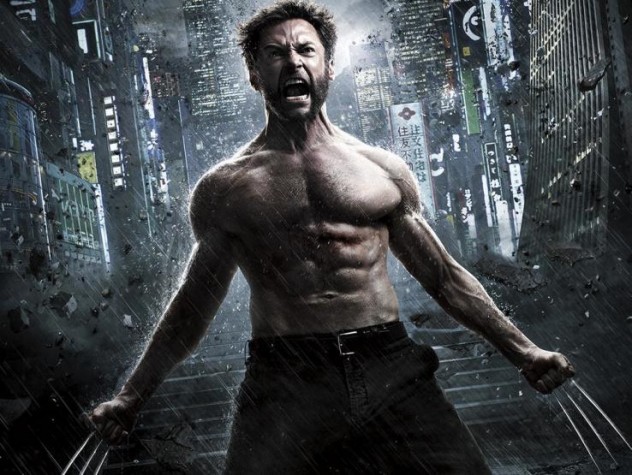 Despite the multitude of roles he’s played over the years, Hugh Jackman is best known as Wolverine, and for good reason—he plays the character really, really well. However, there’s one small inconsistency between Jackman’s portrayal of Wolverine and how the character is described in the comics. In the comics, James Howlett (Wolverine) is 5-foot-3. In reality, Hugh Jackman is 6-foot-2. On screen they have to use a number of camera tricks to make Jackman seem shorter, because he towers over most of the rest of the cast.

Still, you’d think that if he dressed up as Wolverine and walked around at Comic-Con, a place crammed with thousands of people who’d tear off their left arm for an X-Man’s autograph, he’d be recognized. But alas, when Jackman did exactly that, his costume got the attention of exactly two people. The first delivered the verdict “not bad” while the second said he was too tall. Presumably they were also disappointed that he was three-dimensional and didn’t talk in speech bubbles.

7 The Voice Of Elmo 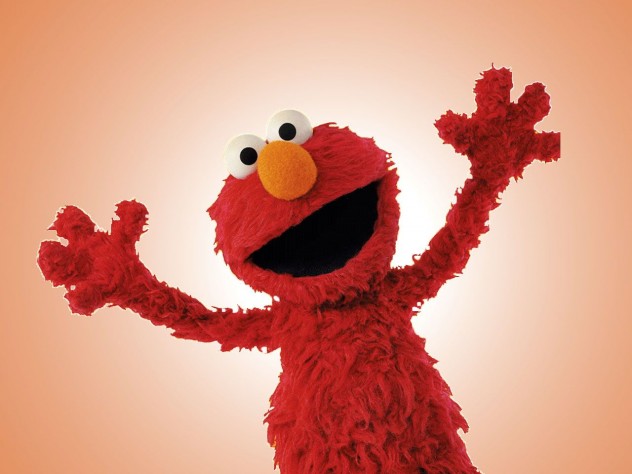 You’re probably old enough now to be told that Elmo isn’t real, although that doesn’t mean you should forget all the things he taught you. The puppeteer and the voice behind the much-loved red puppet is the awesomely named Kevin Clash, and you’d imagine him to be pretty much the automatic winner of any Elmo impression competition.

Not so. Clash recalls that while in a toy shop with his daughter, she happened to mention that her father was Elmo. Not wanting to make his daughter out to be a filthy liar, Clash proceeded to do the Elmo voice. Instead of exhibiting a childlike sense of wonder, the cashier matter-of-factly informed Clash that she could do it better. Nowadays, Clash refrains from telling people that he is Elmo. 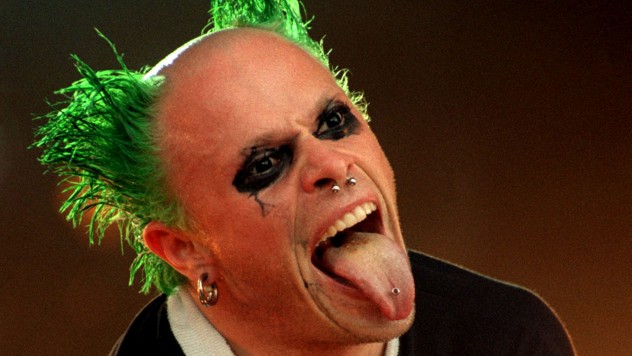 The Prodigy will forever be known for the song “Firestarter.” Even if they released 15 straight multi-platinum albums, they’d still be known for that song. And that’s okay—it’s a good song. In it the lead singer, Keith Flint, sports a very distinctive style that was quickly emulated by thousands of young fans with poor impulse control immediately after the song’s release.

This has had the effect of causing Keith Flint a lot of grief from people accusing him of trying to look like Keith Flint. For example, while in Liverpool, Flint was once accosted by a group of men for “trying to be the Firestarter.” Flint was left completely at a loss for what to say, since . . . well, he was the Firestarter. 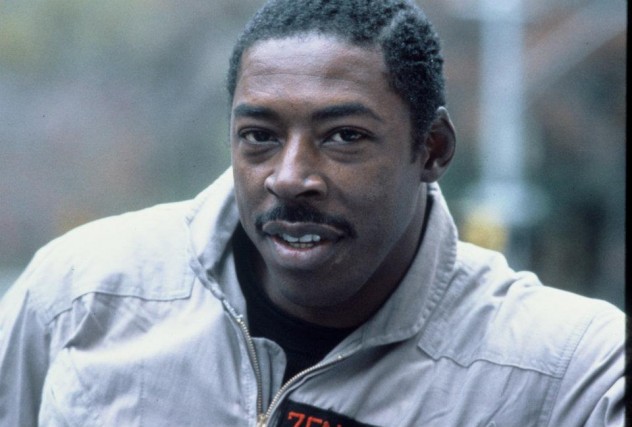 Ernie Hudson is Winston Zeddemore from Ghostbusters. We figured we’d clear that up before you had to open another tab to Google it. The role is so well known that, to this day, people still ask him who he’s gonna call.

Hudson reprised his original role in Ghostbusters II and a video game. However, when it came to an animated series of the franchise, it was a different matter. When he went in to read lines for the part, the guy interviewing him stopped him mid-reading and said, “No, no, no, that’s all wrong! When Ernie Hudson did it in the movie–” The incredulous Hudson insisted, “Well, wait a minute—I am Ernie Hudson!” How he resisted slapping the guy right then and there is a mystery.

Hudson went home and waited for a callback that was all but guaranteed, but after a few months Hudson saw that someone else was voicing his character on TV. Meaning that, yes, they turned down the original actor for not sounding enough like Winston. 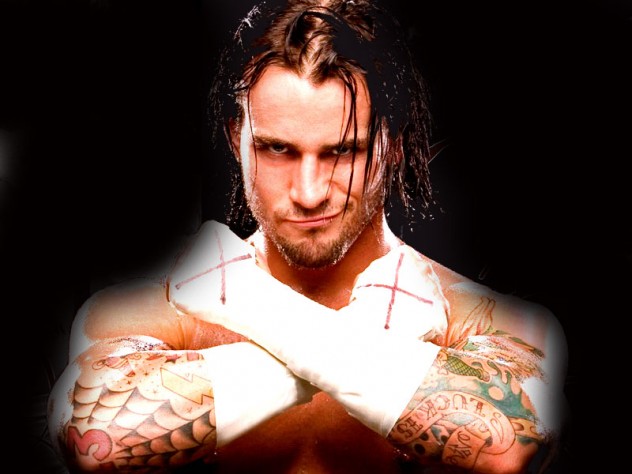 The worst part was that the bouncer had presumably seen the hundreds of posters featuring CM Punk’s handsome mug, not to mention dozens of people with his face plastered on their T-shirts. It wasn’t until another, better-informed bouncer arrived that Punk was eventually allowed access. 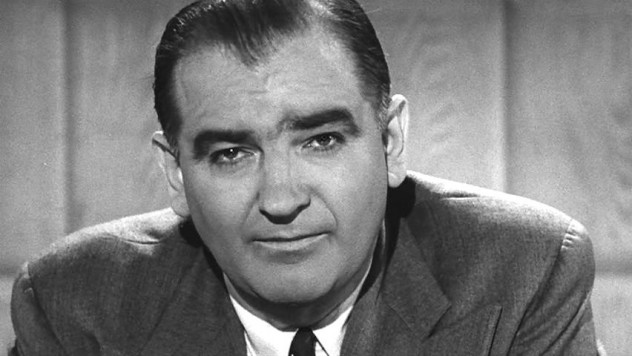 Joe McCarthy is one of the most divisive figures in American politics. Whether or not you agree with him is irrelevant—you can’t deny the impact the man had on the media and politics as a whole during his lifetime.

Apparently, his impact wasn’t big enough to sway the younger generation, since during test screenings of the film Good Night, and Good Luck, test audiences repeatedly complained that the actor playing McCarthy was unconvincing. They said that he was too over-the-top, too oafish, and that no one would believe anyone could be that much of an idiot. The film producers were forced to point out that it wasn’t an actor—the film used archive footage of the real Joe McCarthy. It’s a valuable lesson for everyone reading—you don’t have to be nice, just be so mean that no one will ever believe the stories about you. 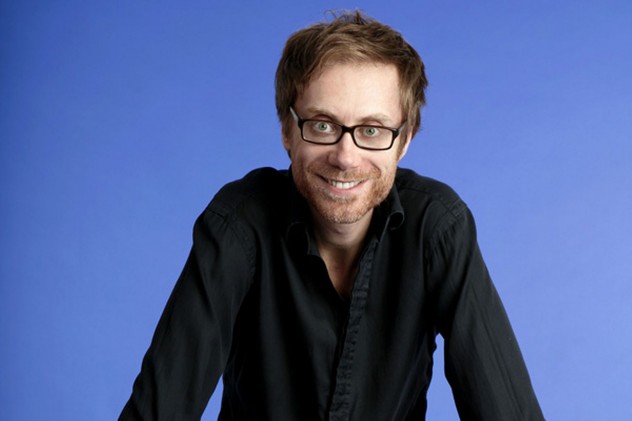 Stephen Merchant is the half-man, half-ladder-creature you’ll often see next to or behind Ricky Gervais. He’s written and starred in a bunch of films and TV shows (for which he’s gotten two Golden Globes, an Emmy, and multiple other awards). He may not be Tom Cruise’s level of famous, but we think he’s distinctive enough to stand out, which is arguably a lot easier when you’re 6-foot-7.

When Merchant was refused entry to a nightclub, one of his friends pointed out the VIP queue. Since Merchant had just finished working on The Office, one of the best-received British shows of all time, he figured it was worth a shot.

Merchant was told for a second time that he wasn’t getting in, even as other people in the queue noticed the giant famous man standing next to them and began to ask for photos and autographs. Just picture that in your mind for a second—a bouncer steadfastly refusing entry to a guy while a group of celebs and VIPs clamor for photos with him. 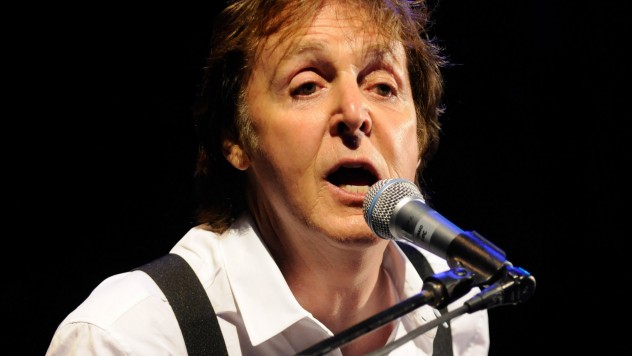 Games like Rock Band and Guitar Hero come under constant attack for not being anything like the real thing. Perhaps the greatest support for this argument comes from the fact that many, many artists are unable to play their own songs in the games—songs they originally wrote and recorded.

For example, here’s the rhythm guitarist of the band Anthrax failing his song on “Easy” in Guitar Hero. Or the guitarist from the power metal band Dragonforce missing almost every note in one of their most famous songs.

Even music legends aren’t immune to this. Paul McCartney has said in interviews that his grandkids beat him all the time at Rock Band, and that he responds by telling them he wrote the original records. That’s the image we’d like to leave you with—Paul freaking McCartney holding a tiny plastic guitar controller and yelling at his grandkids that he’s still the boss because he wrote the songs they’re playing. It’s a much better image than any number of celebrities quietly insisting that they’re actually famous while a crowd of people tell them to stop pretending.

You can follow Karl on Twitter, or if you’d like to see what else he’s written, he’s currently writing about every badass athlete from history here.