Rockets are our only option of traveling or sending payload to space today. However, that could change in the future. There are plans to develop alternative methods of travel. And they are truly weird.

Inventors have proposed traveling or sending payload into space with elevators, underwater space guns, catapults, and even balloons. While some of these could be unrealistic and will probably remain a pipe dream, others could appear within the next few decades. Only time will tell. 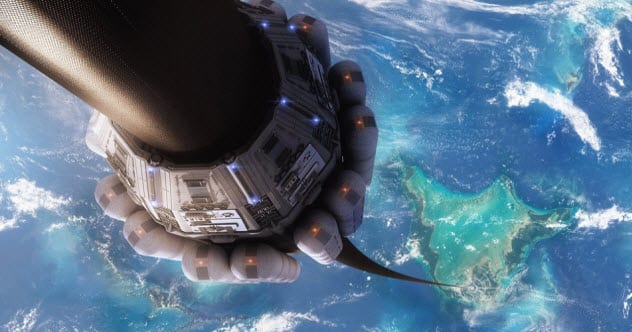 A space elevator is exactly what you think it is—an elevator that goes all the way from the ground into space. The idea was first proposed by Russian scientist Konstantin Tsiolkovsky in 1895.

NASA believes that the elevator will replace or reduce our dependence on rockets one day. Although we haven’t managed to make a space elevator yet, China and Obayashi Corporation of Japan have separate plans to finish one by 2045 and 2050, respectively. If completed, it may reduce the cost of sending 0.5 kilograms (1 lb) of payload into space from $3,500 to $25. 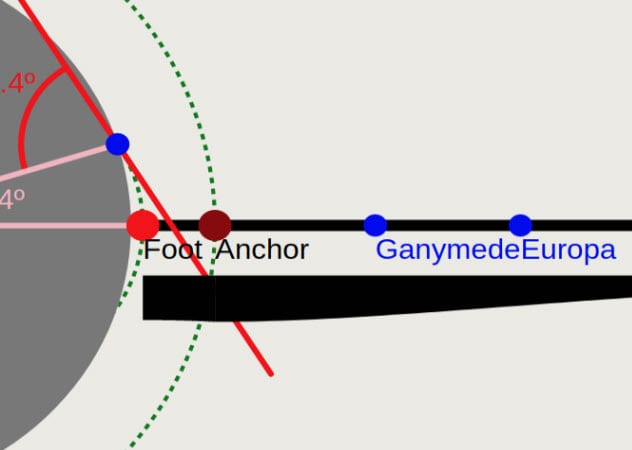 Imagine a giant fishing hook extending from outside space and stopping somewhere in the skies. Yes, that is exactly what a skyhook is. It is also called the beanstalk as in “Jack and the Beanstalk” or Jacob’s ladder after a Bible verse where a ladder was released from the heavens down to Earth.

A skyhook is often promoted as a smaller version of the space elevator. Both follow the same principle except that the cable on the skyhook does not reach all the way to the ground. There is no ground station, either.[2]

The payload is first transported on a rocket or other propelling unit and attached to the end of the cable of the skyhook, which sends the payload into outer space. It has been suggested that a skyhook could also work the other way around to transport minerals mined from asteroids and other planets to Earth. 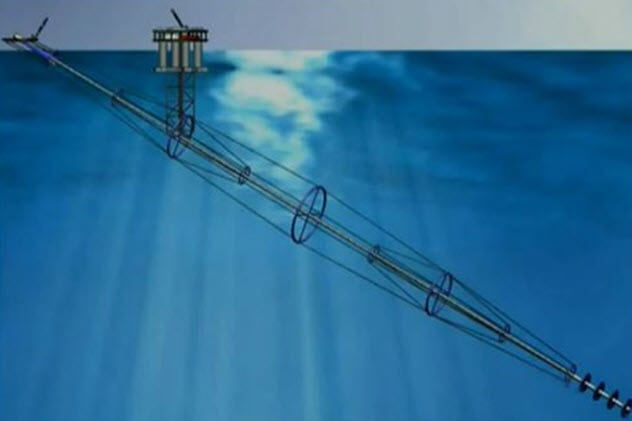 A large space gun is capable of shooting payloads into space. It cannot be used to launch humans there because the force would instantly compress a person by half, leading to death. While we haven’t managed to make one, several inventors are still trying to create one.

One inventor is John Hunter. He proposed a 1,100-meter (3,600 ft) space gun, called the QuickLauncher, to get the job done. Hunter began working on the QuickLauncher in 1992 and even tested a 130-meter (425 ft) prototype. When completed, the QuickLauncher would be installed 490 meters (1,600 ft) below the sea somewhere around the equator.

Only the top of the barrel would be visible along with a rig holding the upper part of the gun above the water. Hunter said that the QuickLauncher would reduce the cost of sending payload into space to a mere $113 per kilogram ($250/lb). He believed that the gun could be completed within seven years if he was able to get the $500 million in funding.[3] 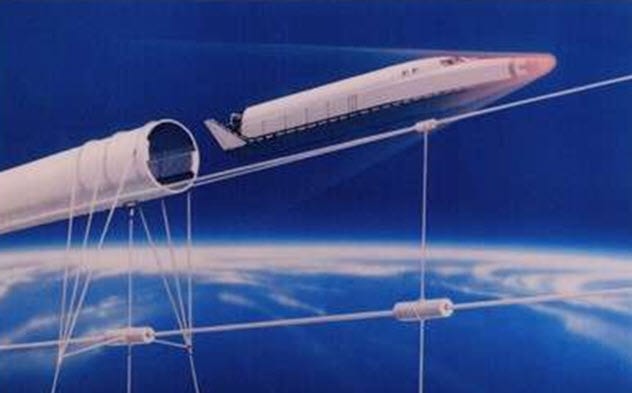 The mass driver (or electromagnetic catapult) works like a giant catapult. We could just think of it as a train. In 2012, aerospace engineer Dr. George Maise and Dr. James Powell, one of the inventors of the maglev train, worked on building a mass driver that they called the StarTram.

The StarTram would operate with magnetic levitation (maglev) technology, which is used by many high-speed trains today. Maglev trains do not have wheels. Instead, they depend on magnets to send them sliding over the rail. The StarTram would resemble a maglev train running inside a tube.

The inventors planned to create two mass drivers—one for cargo and the other for humans. They said that the cargo mass driver would cost $20 billion to build and be ready in about 10 years. The passenger version has a cost estimate of $60 billion and would be ready in approximately 20 years.

According to Powell and Maise, the StarTram is expected to transport 1 kilogram (2.2 lbs) of cargo into space at just $50 (in 2012 dollars). Using similar calculations, it would cost just $5,000 instead of $20 million (again, in 2012 dollars) to send humans to the International Space Station.

The duo also believe that StarTram could be used to protect Earth from large asteroids, to capture solar energy, and to allow us to mine raw materials from asteroids.[4] 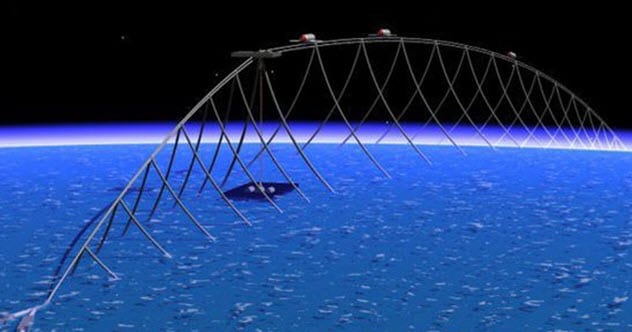 The launch loop would consist of magnetic cables covered by a protective material. It has been described as an advanced version of the mass driver we just discussed. However, instead of having one end high up in the atmosphere, both ends of the launch loop would be on the ground.[5] 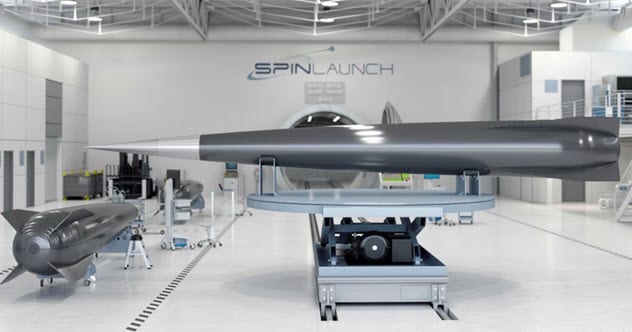 A space start-up called SpinLaunch is considering sending payload into space with catapults. The catapult is actually a centrifuge that spins at a high speed. In fact, it spins so fast that it swings an attached payload into space at speeds up to 4,800 kilometers per hour (3,000 mph).[6]

Curiously, NASA had tested similar technology, even though it was with rail tracks and not centrifuges. NASA abandoned the project because it was less reliable than rockets. Nevertheless, SpinLaunch believes that the technology will work. Its major challenge is the air resistance that could stop the payload from getting into space. 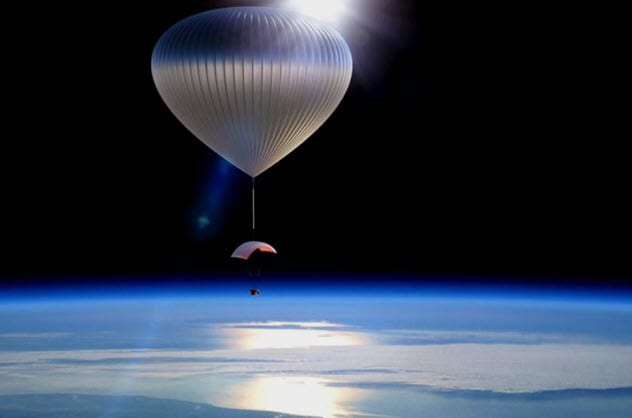 A company called World View prefers to do things the old way. Instead of trying to invent something new to get us into space, they’ve settled for helium balloons. They will fly to the stratosphere, the second layer of Earth’s atmosphere as you move higher toward space.

A flight will carry two pilots and six tourists. A seat on the balloon is expected to cost around $75,000 for a six-hour flight. While World View completed a successful test flight with a prototype on June 18, 2014, it missed a 2016 deadline for its first paid flight.

One downside of the balloon is speed. Balloons will reach space in two hours, which is very slow. Rockets reach space in less than four minutes. However, the balloon will offer a more breathtaking view for the tourists. Also, passengers will not have to deal with the explosive takeoffs and g-forces experienced with rockets.[7]

As another downside, the balloon could end up 480 kilometers (300 mi) from its takeoff point due to the wind. However, World View has this covered by offering return flights to its passengers. The company also mentioned that it has precautions and safety measures against the balloon falling back to Earth or flying off into space. 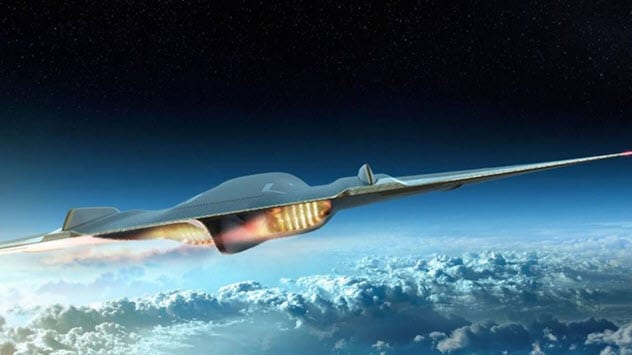 Charles Bombardier and Juan Garcia Mansilla have suggested using special airplanes for space travel. The proposed Paradoxal is a supersonic or hypersonic airplane with a jet engine that converts to a rocket to escape into space. The engine converts back to a jet engine when it returns to Earth.

The jet engine becomes a rocket when liquid oxygen is injected into the exhaust. This increases its speed as it reaches the velocity to escape the Earth’s atmosphere. However, Bombardier and Mansilla are not really concerned with space travel. They actually want their airplane to be used for business travel.

This airplane would go into space to exploit the curvature of the Earth to shorten flight time. For instance, the Paradoxal would cover the 12,200 kilometers (7,600 mi) between Los Angeles and Sydney in less than three hours. Conventional aircraft complete it in around 14 hours.

However, cameras outside the airplane would allow passengers to see the exterior of the airplane. If that isn’t enough, they would experience the weightlessness of space for just one minute before the airplane begins its descent to Earth.[8] 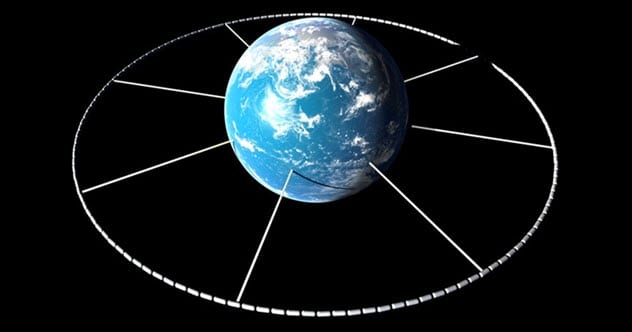 The orbital ring is closely related to the space elevator. However, unlike the elevator, it is a huge ring that goes around the Earth. Several points along the ring would be connected to ground stations here on Earth. Elevators would be installed in the ground stations to allow us to travel into space.

Unfortunately, nobody is keen on creating the ring because Birch was misquoted and misunderstood. One unending rumor is that he claimed the ring would cost $31 trillion dollars. While an orbital ring around the Earth remains a pipe dream, there are suggestions to install it around the Moon and other planets, allowing us to enter and leave them with much ease. 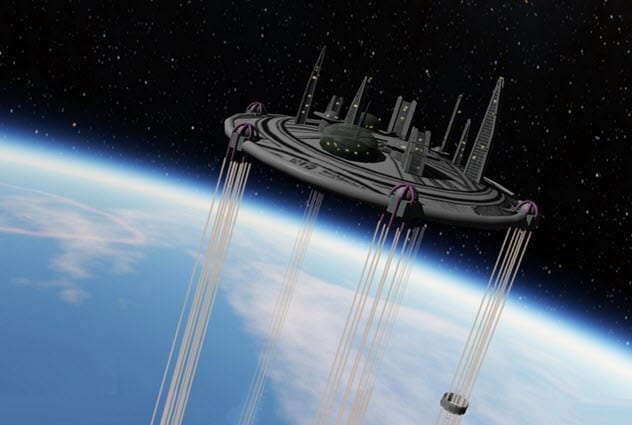 Space fountains are considered an alternative to the space elevator. They have the ground and space stations but without the elevators. The idea was promoted by a six-man team including Robert L. Forward, who explained the idea in his book Indistinguishable from Magic.

The proposed invention is called a space fountain because it works like a water fountain. A ball could remain atop the water from a water fountain if the force of the water remains constant. At the same time, the water that falls back into the fountain is reused to keep the ball up. And the process continues.

However, the walls of the ground chamber would be lined with electromagnetic accelerators that would fire any payload into space. The space fountain remains unfeasible due to the unbelievable amounts of energy it would require. A space fountain with a space chamber 2,000 kilometers (1,240 mi) away from the ground chamber would require the same amount of energy as an entire city.[10]

Read more fascinating facts about revolutionary space travel on 10 Facts About SpaceX And How It Is Revolutionizing Space Travel and 10 Obstacles Astronauts Must Overcome On A Voyage To Mars.