It’s no secret that fat people get a pretty raw deal. Aside from things like diabetes and heart attacks, they have to put up with the rest of us covertly filming them in Walmart and uploading the “hilarious” results to YouTube. But anti-fat discrimination goes way beyond gentle mocking and into some dark, frightening territory. 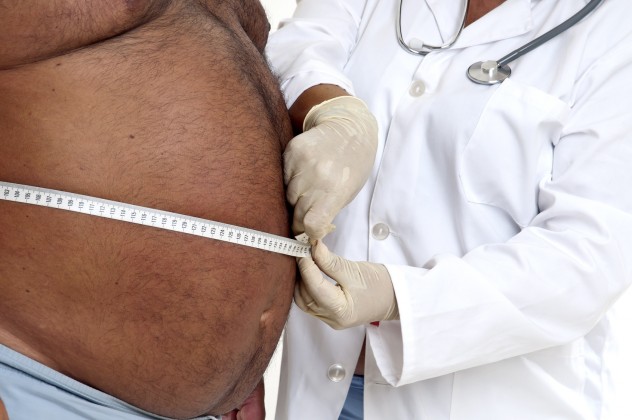 Most doctors want to help people. That’s why they become doctors instead of, say, dictators—to make a positive difference in people’s lives. Unless, that is, their patient happens to be fat.

Earlier this year, two separate studies revealed that medical students show a strong subconscious bias against fat people. According to the researchers, fat patients are less likely to be treated with respect, more likely to be the butt of jokes and, perhaps understandably, more likely to switch their primary care provider than skinny people. As if that wasn’t enough, some hospitals in Britain have even started to ban patients with a BMI over 30 from having any routine sugery. Those banned surgeries, by the way, include knee and hip operations—things you’d think have nothing to do with your waistline. When questioned about this flagrant violation of the Hippocratic oath, 54 percent of doctors said they were totally cool with denying fat people treatment—meaning they haven’t even got the excuse of their hatred being “subconscious.” 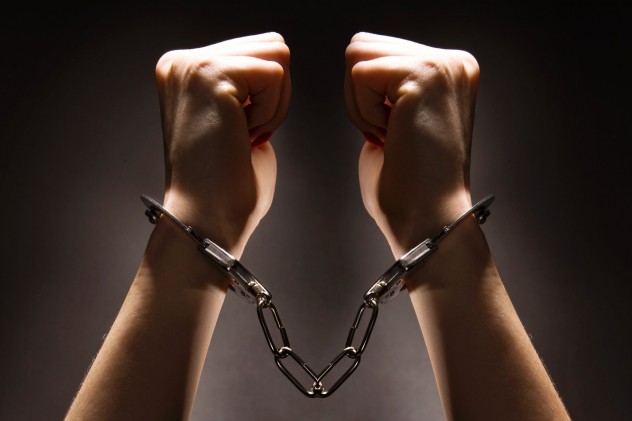 A word of advice—if you’re going before a jury, try not to be fat and female. A Yale study from last year discovered that male jurors were more likely to convict a fat woman than a skinny one for the same crime. It goes way beyond bored jurors mentally playing “hot or not” with the defendant—male jurors faced with a fat woman were quicker to label her a “repeat offender” with “awareness of her crimes.” In short, it seems that men subconsciously associate fatness with criminality in women, regardless of the facts of the case and despite it being totally illogical. Add that to earlier studies that suggest juries are more lenient with slim, good-looking people, and you’d be forgiven for thinking that the world objectively hates the overweight. 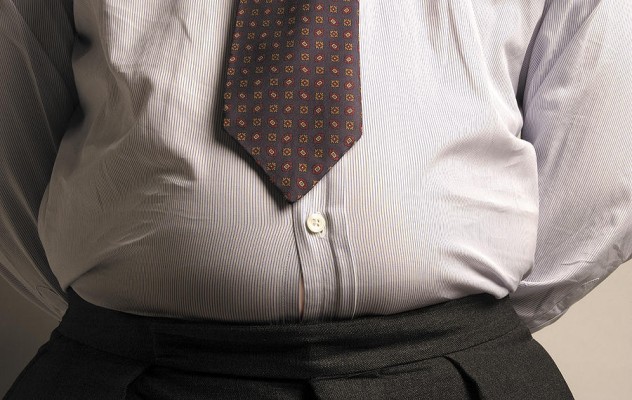 Unless you’re applying to be a firefighter or basketball star or Playboy bunny, your weight arguably has no bearing on how well you can do your job. Yet study after study has found that hiring managers and senior execs really hate fat people. One study gave a bunch of HR-types identical resumes with before and after weight-loss surgery photos attached. They found that the resumes with before photos scored far lower on assessments of things like leadership potential and starting salary, despite belonging to the same person.

As dumb as that is, it creates real-world problems for overweight people. According to some figures, fat women earn on average up to $19,000 less than their identically skilled skinny counterparts. That’s as much as some people earn in a year down the drain, all because we as a culture don’t dig fat chicks. 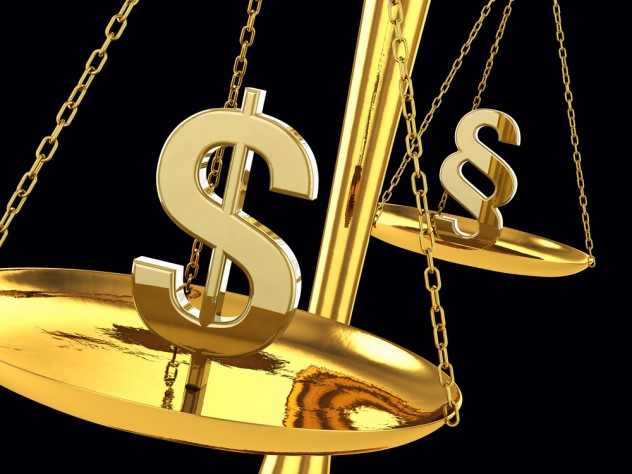 Since we make it so hard for fat people to achieve at work, you’d think we’d at least be a little more lenient when it comes to dishing out welfare. But it turns out that government bodies hate obesity just as much as the rest of us—and that can lead to some insane consequences.

Earlier this year, the UK government announced plans to cut welfare for fat people who don’t go to the gym. In other words, for those at the bottom of the social scale, their ability to pay rent may soon be directly linked to how much they exercise—unless they’re skinny, in which case no one cares if they just sit about playing Xbox. The most insane part of all this is that studies have shown as many as 60 percent of people of a “normal weight” may be just as unhealthy as their fatter counterparts and equally prone to an early death. So a fair system would get everyone to the gym, but when is discrimination ever fair? 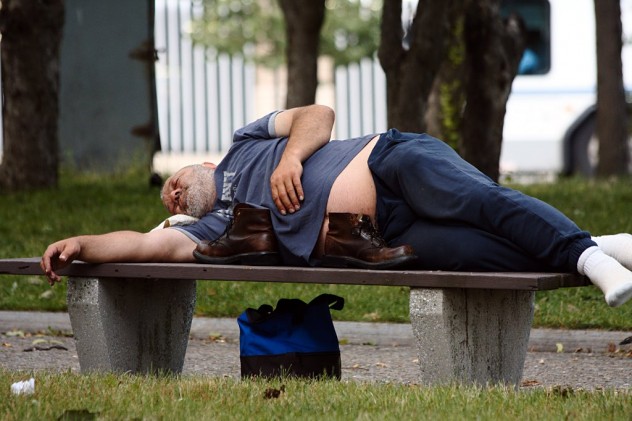 A two-year study of the Boston homeless population found only 1.6 percent of those on the streets were underweight. By contrast, nearly 66 percent were overweight, with 32 percent classed as obese. Thanks to capitalism’s amazing ability to produce junk food at phenomenally cheap prices, our society is currently flying in the face of all human history by ensuring that you’ll probably be fatter after losing your house than beforehand. And this is becoming apparent across all income levels—wealthy people tend to be skinnier, while poorer people tend to be larger. 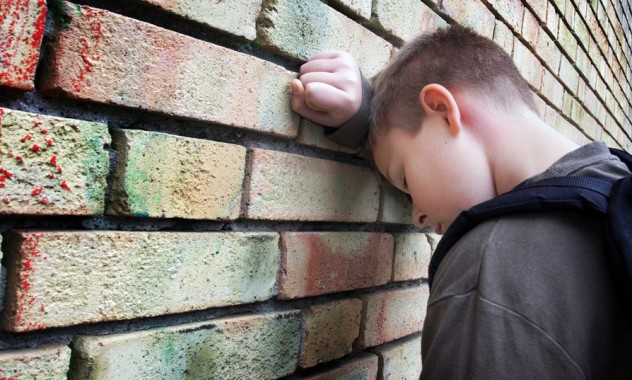 We’ve all heard some variation on the phrase “only a mother could love that face”—it harks back to the cultural myth that parents will love their children regardless of their faults. And while that might be true for your average dog-faced kid, it sure as hell isn’t for his overweight brother.

In 2010, Time reported on a study that suggested parents subconsciously penalize their kids for being overweight. By looking at students who owned cars, researchers discovered that obese kids were less likely to get financial assistance from their parents when buying their first vehicle than their skinnier counterparts. This suggests that even parents buy into the cultural myth that fat people are inherently lazy and need to learn some discipline. 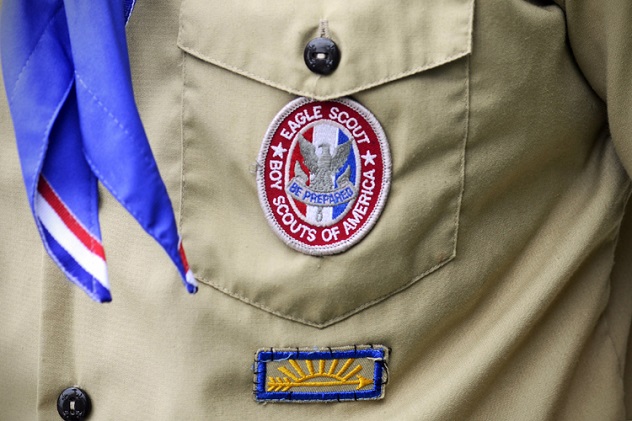 For a group that’s frequently associated with child abuse and rampant homophobia, you’d think the Boy Scouts would need all the friends they can get. But in June this year, the organization decided to add fat people to the list of things it discriminates against, by banning obese children from attending its regular Jamboree, a sort of summer camp held every four years.

Worst of all, this ban was based solely on the BMI of the children involved, despite BMI being a dumb way to measure health—a high BMI might mean you’re heavy, but it’s totally possible to be both heavy and in robust health, which is at least part of the reason sumo wrestlers don’t all drop dead at the age of 20. Yet the Scouts effectively outlawed any kid with a BMI of over 32 from joining their once-in-a-lifetime celebration, despite that making zero sense. 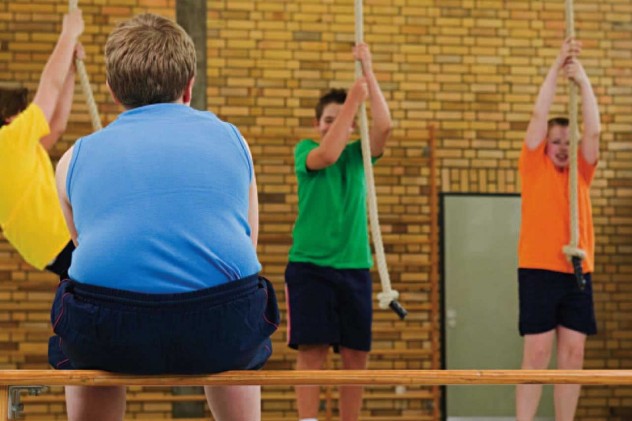 Still, let’s say the Scouts let those heftier kids in. What would happen? That’s right—bullying. Endless, merciless, hideous bullying. Now, the fact that kids pick on one another may be nothing new, but the sheer extent of their hatred for the overweight surely is—obese kids are 65 percent more likely to be bullied at school than their average-weight counterparts, a number so large it’s mind-boggling. And it’s getting worse.

In 2003, researchers reproduced a 1961 study that showed children pictures of six other kids, including one obese child, and asked them to rank how much they disliked them. On the whole, the ’60s kids tended to dislike the obese kid the most, but by 2003 there was no contest. The modern children showed a whopping 41 percent extra antipathy toward the fat kid, for no reason other than his weight. Another study showed that overweight people who get bullied are more likely to stay overweight than those who don’t. So that bullied fat kid everyone hates is going to probably stay fat and bullied and hated for the rest of his life. 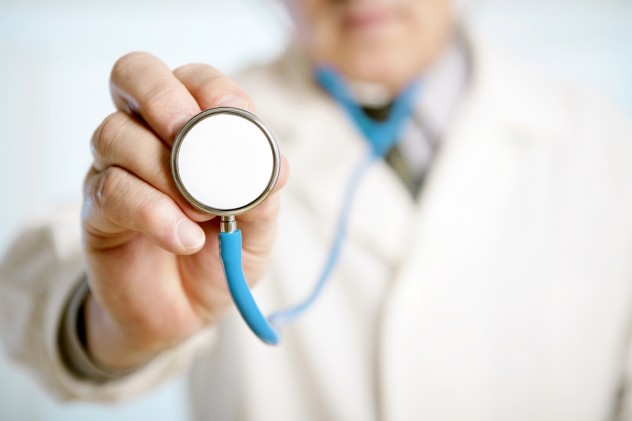 But before you start getting all worked up about uncaring doctors, you should be aware that it cuts both ways. Patients are less likely to trust an overweight doctor and more likely to ignore their advice than they are a skinny doctor’s, with a direct correlation between declining levels of trust and a physician’s expanding waistline.

It’s almost as if we believe fat has the magical ability to erase people’s memories of medical school, or that all overweight people are automatically on an intellectual par with Homer Simpson. And we’ll apparently go on believing that even when they’re actively trying to save our lives. 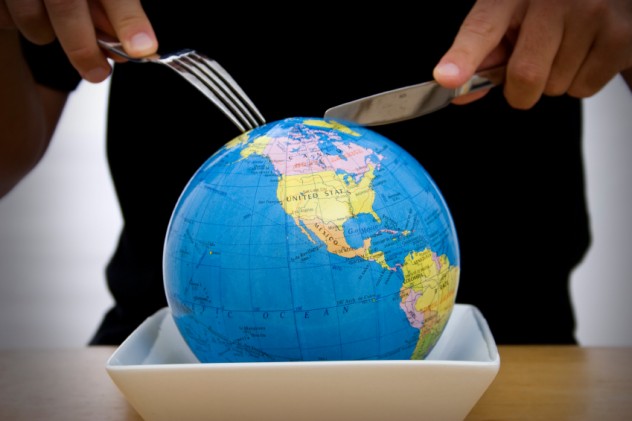 In 2011, a worldwide study discovered that anti-fat prejudice was becoming a global reality. Even cultures such as that of American Samoa, where 95 percent of adults are obese, and Puerto Rico, where fat used to be celebrated, now display bias against the overweight. In every single country monitored, obesity had become associated with laziness and a lack of self-control, with the sole exception of Tanzania, where skinniness is still associated with death from HIV. Even there, attitudes were classed as “neutral” as opposed to “fat-friendly.” In other words, if you have a plus-sized waist, the entire world is demonstrably, objectively against you. And there’s not a thing you can do about it.