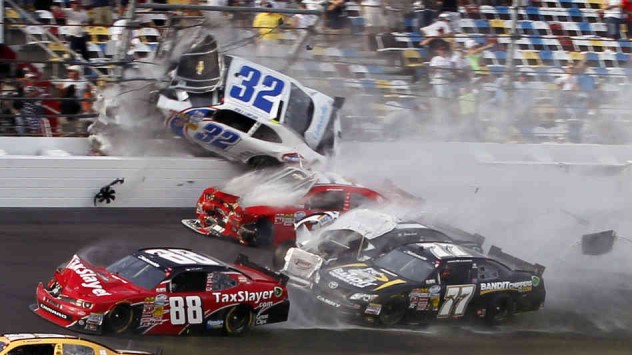 Today’s NASCAR races are scientific affairs, with precision-engineered cars that cost well over $100,000 to build. They’re helped along by billion-dollar sponsors. But America’s largest spectator sport came from humble origins. NASCAR got its start in the days of Prohibition, when moonshiners used souped-up cars to evade police. In 1933, when Prohibition was repealed, the moonshiners continued their reckless ways, this time staying one step ahead of the tax man on the dirt roads of the Deep South.

Many of the earliest names in the sport were former bootleggers, including the famous Junior Johnson. Johnson had already spent a year in prison for operating an illegal still when he made the transition to NASCAR in 1955. He would go on to win 50 races, retiring in 1966. 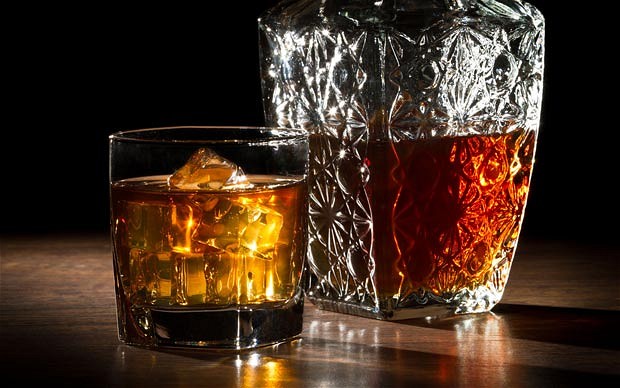 For all intents and purposes, moonshine begins in the same fashion as the whiskey you can buy in the store. The major difference is that whiskey is aged, sometimes for many years, in oak barrels that are charred on the inside. While moonshine generally tastes like a blast of pure alcohol, whiskey has more subtle elements to its flavor. There are a huge number of variations in the taste of whiskeys, depending on various factors, including the length of aging, the grains used in its production, and more. Some of the many facets of a particular whiskey’s flavor can include vanilla, fruit, cocoa, butter, and caramel.

8 A Brief History Of Moonshine 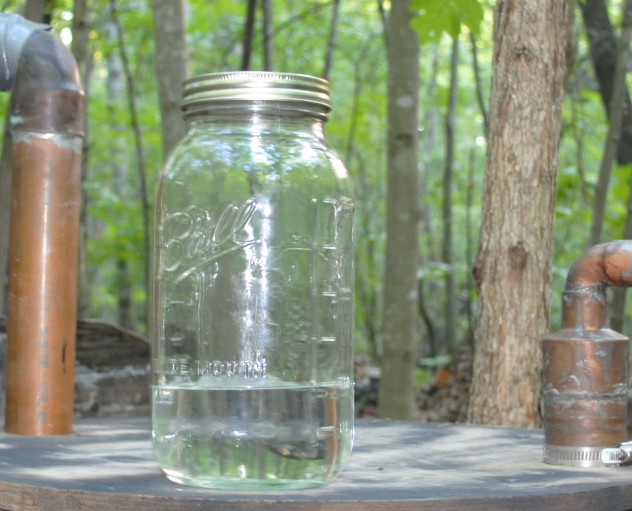 In the wake of the Revolutionary War, the fledgling American nation found itself saddled with debt. To help pay off the country’s obligations, a federal tax on liquor was established. Given that much of the point of fighting the revolution in the first place was to escape the imperialist taxes instituted by the British monarchy, the citizens were furious, and most people continued to distill their own whiskey without giving the government its cut.

In response, tax collectors were sent out. These men often received warm welcomes: Many of them were beaten, tarred, and feathered. Within three years, there was a riot. Angry farmers destroyed the home of a tax inspector in July 1974, eventually leading to the Whiskey Rebellion in western Pennsylvania. A militia force led by Secretary of the Treasury Alexander Hamilton and Virginia Governor Henry Lee (the father of Confederate leader Robert E. Lee) was forced to stamp out the rebel movement.

They succeeded on the surface, but really only served to drive whiskey distillers farther underground. Thomas Jefferson would later repeal the hated whiskey excise tax, and folks were free to make their own for another 60 years or so. Then, in a classic case of history repeating itself, the massive expense of the Civil War brought back the liquor taxes. Since then, there’s been a rich history of moonshiners, many going back generations. 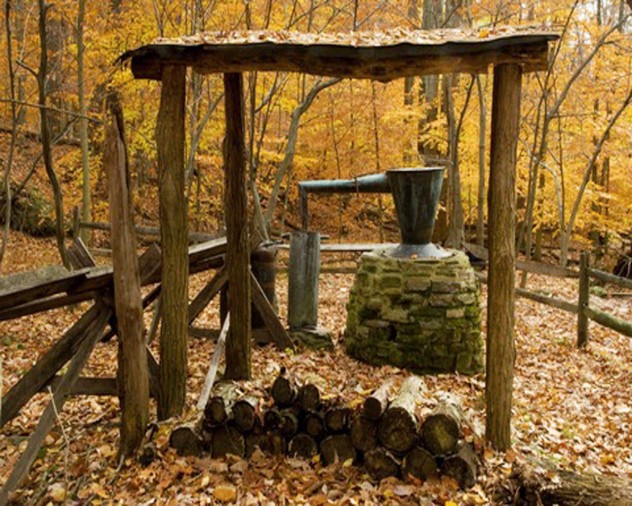 Distilling moonshine is a remarkably simple process, requiring four main ingredients: corn, sugar, yeast, and water. Corn can be substituted with various ingredients, including barley, rye, or fruit, but corn is most often used because it is cheap and easy to obtain. Some moonshiners use hog feed, which can be bought in large amounts without arousing suspicion. Without going into needlessly illegal detail, the corn, sugar, and water are combined with the yeast, and the yeast processes the sugars, creating alcohol. The resulting mash is heated nearly to boiling, which hastens the fermentation and releases alcohol steam. The steam is carefully filtered to remove any solid ingredients, then diverted into a device called a “worm.” The worm is a coiled copper pipe bathed in cold water, which causes the alcohol steam to condense into moonshine. 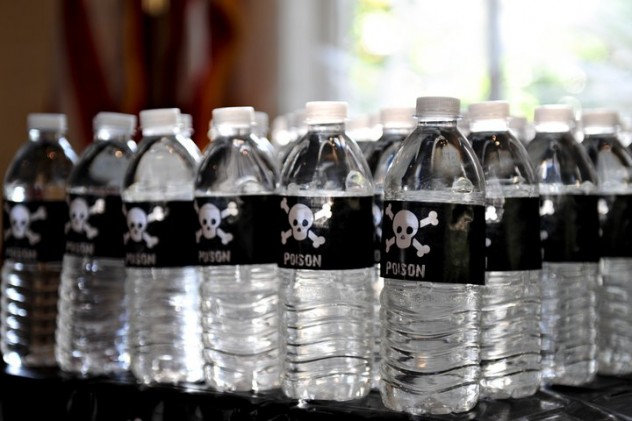 The first cup or so of moonshine in a batch is where the impurities (such as the poisonous methanol alcohol) gather. Responsible distillers will toss this away, ensuring a relatively safe product for their customers. However, there are plenty of unscrupulous people in the business who cut corners and use dangerous ingredients. In the past, a major concern was moonshiners who used car radiators as condensers. The condensers were often soldered together with lead, which is toxic—even in trace amounts. The radiators also contained leftover antifreeze, which contains ethylene glycol, a deadly poison made even more hazardous by the fact that it tastes sweet.

Some moonshiners have been known to include bizarre ingredients to add to their product’s potency, including manure and embalming fluid. To make matters worse, the stuff is usually made in the middle of the woods in less than sterile conditions, the sweet mash drawing all manner of insects and rodents.

5 Why Is Moonshine Illegal? 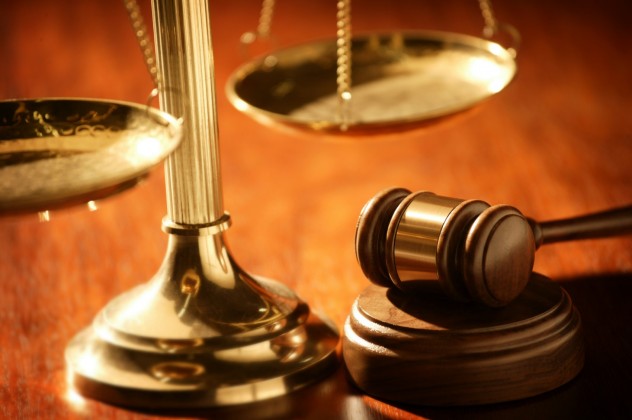 In the US, it’s legal to brew your own beer at home in all 50 states (provided it is for personal use), but distilling one’s own liquor is strictly against the law. There are a variety of laws distillers might violate, including possession of moonshine, possession of illegal alcohol containers (those would be your mason jars or gallon jugs), concealing beverages, and conspiracy to violate beverage laws. However, in the vein of Al Capone, most moonshiners are actually charged with tax evasion or money laundering.

The reason is simple. The government might be mildly concerned with the health of people consuming bootleg liquor, but they are far more concerned with their checkbook. Spirits are taxed heavily. In some states, these taxes are in excess of $20 per gallon and a huge government monkey-maker. According to The Economist, the state of Virginia alone loses $20 million in annual revenue. 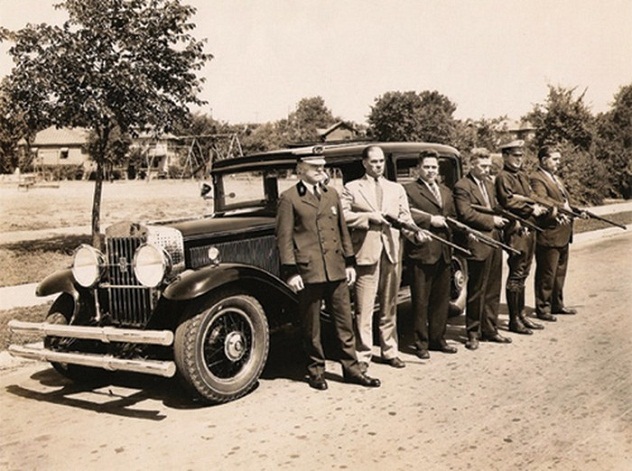 These days, the news abounds with clever tricks used by those involved in the narcotics trade to attempt to traffic their product; anything from drug mules to submarines. These ploys are not without precedent: In years past, those who would smuggle alcohol used a variety of methods. Even the term “bootlegging” is derived from smuggling—selling alcohol that has been secreted in a boot. Apart from fast cars, boats were quite popular. It was impossible for the police and the Coast Guard to guard every river, lake, and shore against the so-called “rum runners.” During Prohibition, moonshiners often moved their product in caskets in the guise of a fake funeral, as it would have been unimaginable for authorities to ask to examine a corpse. 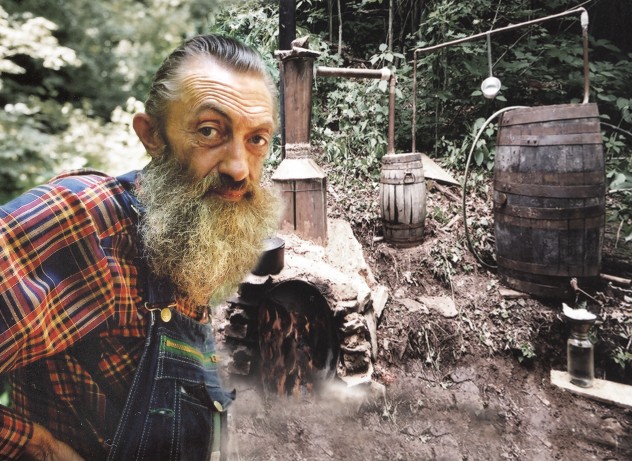 Moonshiners by their very nature are a cagey sort, living under the radar. A notable exception to the rule was Marvin “Popcorn” Sutton. The nickname came from an incident in his youth when the notoriously short-tempered Sutton destroyed a popcorn machine with a pool cue. Popcorn Sutton was perhaps the world’s most famous moonshiner, operating stills in Maggie Valley, North Caronlina. While he typically stayed one step ahead of the law, he’d been caught a few times during his decades-long career and did stints of probation. Popcorn appeared on several television shows, including Discovery Channel’s Moonshiners, and published an autobiography called “Me and My Likker.”

A raid by the Bureau of Alcohol, Tobacco, and Firearms on his property in 2009 netted him an 18-month prison sentence. Popcorn, who had recently been diagnosed with cancer, pleaded to be given house arrest instead, but the request was denied. Shortly before he was to begin his sentence, he committed suicide by carbon monoxide poisoning. The next year, Sutton’s dubious legacy was celebrated when country star Hank Williams Jr. teamed up with his widow to bring “Popcorn Sutton’s Tennessee White Whiskey” into distribution.

1 Moonshine Around The World 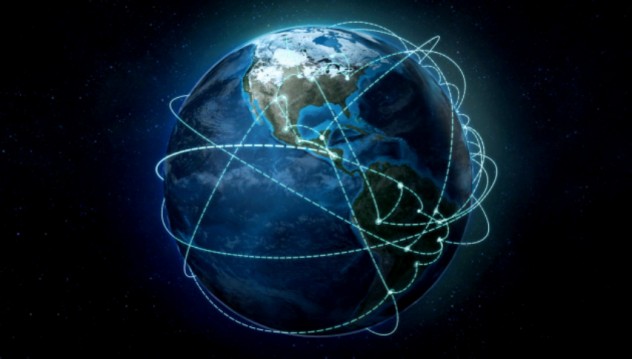 Obviously the US isn’t the only country where moonshine is produced. Nearly every country on the planet has some sort of homemade alcohol, some sorts more appealing than others. In South Africa, there’s unaged grape brandy called “witblits.” The Congo has “lotoko,” a whiskey made with corn or cassava. In Russia, “samogon,” which can be cheaply produced, is quickly overtaking vodka’s place as the preferred liquor, despite dangers of poisoning.

Alcohol is strictly forbidden by those who adhere to the Muslim faith, and several countries in the Middle East ban the sale of alcohol, including Iran, Saudi Arabia, Kuwait, and parts of India. In these nations, an underground liquor called “arrack” is made using various ingredients, often anise or fruit. India in particular has been the site of mass deaths as bad batches of arrack have been laced with methanol.