For some reason, there’s a commonly held belief that Mother Nature gave humanity all the brains and gave the brawn to the rest of the stuff on this planet (except for, you know, squirrels). However, it turns out that we might not be as smart as we think we are. If these are anything to go by, it turns out that our fancy high-tech gadgetry was invented by nature waaaay before us. 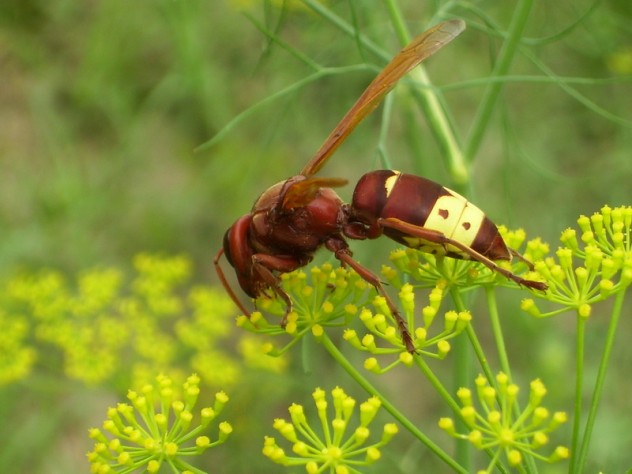 To scientists, the Oriental hornet was a mystery. Unlike other species of wasp and hornet, they’re most active when the sun is at its hottest, a phenomenon which goes against the popular reasoning that, in order to conserve energy and maintain a healthy body temperature, animals are most energetic when the sun is lowest.

It was only through analyzing the biology of the hornet that scientists from Tel Aviv University discovered why. The brown stripes on the hornet are grooves which trap light and refract it into two distinctive beams that then pass through a series of pinhole depressions in the yellow stripes and mix with the naturally occurring pigment xanthopterin to create electricity. Effectively, the hornet is able convert solar radiation into electricity, which it then uses for activities including burrowing. Even better, the hornet uses some of this electricity to operate a complicated system of heat pumps inside its body which act as a built-in air conditioning unit and enable it to stay out in the sun for longer without overheating. 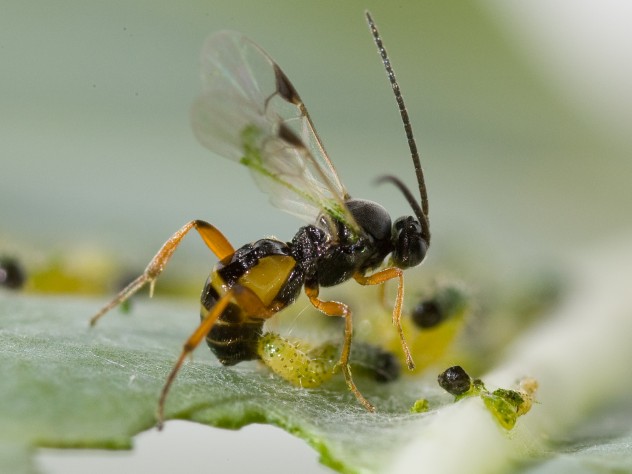 As the name (correctly) suggests, the parasitic wood wasp is a terrifying creature. You see, these guys like to lay their eggs inside wood grubs (hence the “parasite” part of their name). However, these grubs are commonly found inside trees, branches, and other wooden things. So, in order to find the grubs, the wasps have developed a variant of ground-penetrating radar.

Using their antenna, they tap the bark repeatedly, which sends a pulse into the wood. When this pulse hits something (e.g., a grub), the signal bounces back and is received by the super-sensitive receivers in the wasp’s feet, thus creating a subterranean map of the wood. In fact, this radar is so sensitive that it can pick up the signal of a grub that isn’t even moving. Once they’ve positioned themselves on top of the grub, they then burrow into the wood using their built-in (and highly flexible) reciprocating drill and impregnate the grub with their larvae, which then proceed to eat the grub from the inside out. Behold the true circle of life, people.

8 A Small Insect Has Miniature Gears In Its Legs 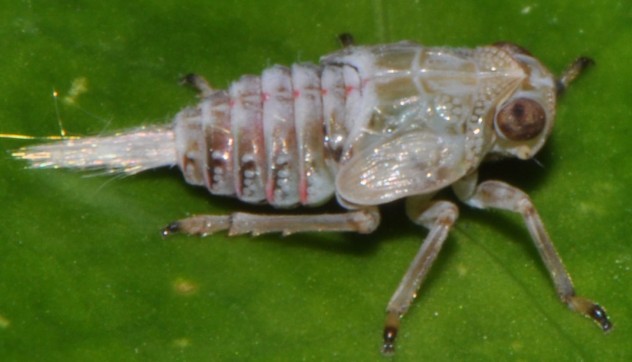 While taking a routine high-speed photography study of animals’ movement at Cambridge University, scientists noticed something strange about the locomotive processes of members of the Issus genus: They appeared to have gears attached to their legs. On closer inspection, it was discovered that this was the case, marking the first known instance of mechanical gears being used by animals.

Used to synchronize the movements of the creatures’ legs, these gears allow the Issus to jump with pinpoint accuracy at the extraordinary speed of 13 kilometers per hour (8 mph) in under two seconds. Although that might not seem like much to us, when you consider that Issus commonly grows to 2.5 millimeters (0.1 in), it’s a level of acceleration (relative to their size) that we humans are entirely incapable of. However, there is one downside: These gears are only present in nymph insects, as they’re lost during the transformation into an adult. 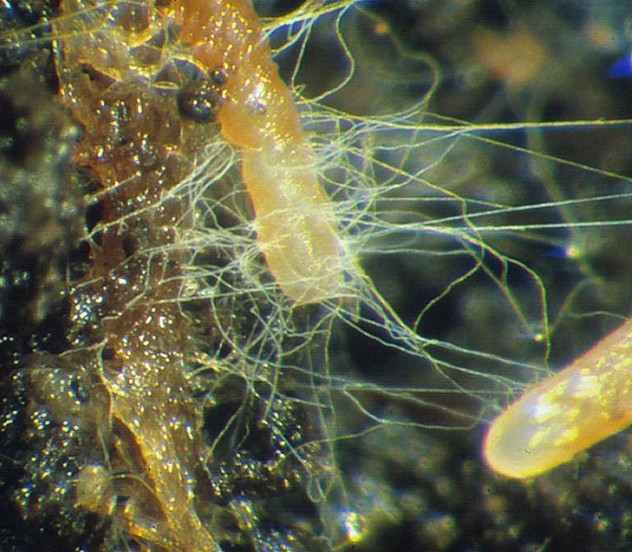 Within a group of plants, it’s not uncommon for their roots to be connected together via a network of underground mycorrhizal fungi (the fancy name for common fungi). This relationship exists for two reasons: First, the plant allows it because the fungi provide them with extra nutrients from the soil that they would otherwise be unable to attain; second, the fungi allows it because the plant provides it with carbon, a necessary element for life.

However, it’s recently been revealed that there’s a lesser-known third reason. When a plant on this network is attacked by disease or aphids, it releases a special chemical that warns the fungi of this. The fungi then transmits this knowledge to the other plants on the network, allowing them to raise their defenses so that if or when the attack comes, they’re ready to fight back. 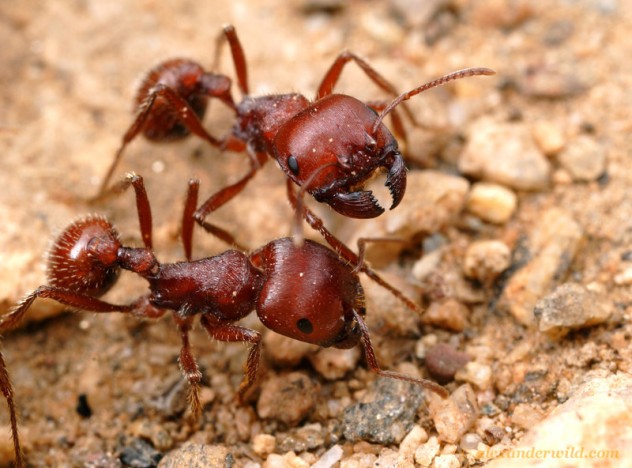 Before we describe how this works, you might need a brief lesson in how the Internet gauges and controls traffic. Internet traffic is managed by a protocol known as TCP (Transmission Control Protocol); its main job is to prevent congestion of Internet traffic, something it does by monitoring the speed at which special signals known as “acks” (short for “acknowledgments”) are received. The quicker these signals return, the more bandwidth is available on the network, and TCP therefore increases the speed at which data is sent. However, if the “acks” return slowly, TCP reduces the speed at which data is sent as less bandwidth is available.

Scientists have discovered that when foraging, harvester ants work in exactly in the same manner (minus the computers, obviously). The ant colony monitors the speed at which foragers return to the nest: If the ants return with food quickly, that indicates an abundance of the stuff and so more ants are sent out to forage. However, if the ants return slowly, the colony knows that this means food supplies are restricted, and so less ants are sent out. 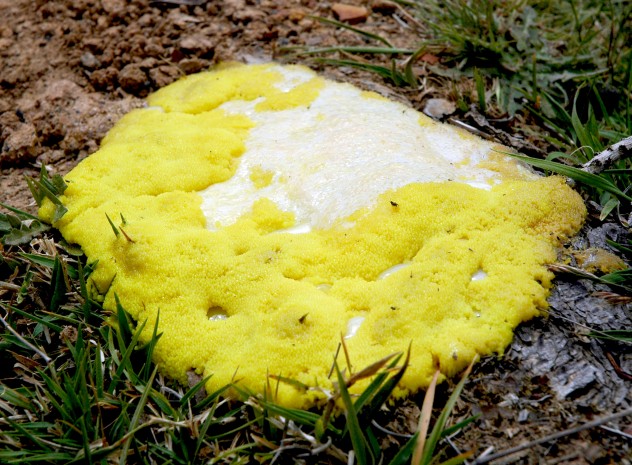 In order to ensure that their public transportation network was as efficient as it could possibly be, researchers at Hokkaido University turned to an unlikely source for help. Inside a large plastic dish, they placed a large lump of slime mold in the center to symbolize Tokyo, as well as several dozen oat flakes around it to symbolize the towns and cities that surrounded Tokyo. Over time, the scientists witnessed the mold trails that grew from “Tokyo” connect to the cities in ways near-identical to the current railway network.

This wasn’t coincidence either. The slime mold grew in this way because it had detected this network was the most efficient means of linking the flakes together. It’s just that, all credit to the Japanese, the country already had the most efficient transport network, so much so that the mold couldn’t improve it. Initially, after the slime mold was placed in the dish, it sent out hundreds of trails as a way of exploring its surroundings. When those trails located the oat flakes, the slime mold started to “kill off” the trails that weren’t connected to them and strengthened the trails that had.

4 Snails And Leaves Use Cellular Automaton To Design Their Patterns 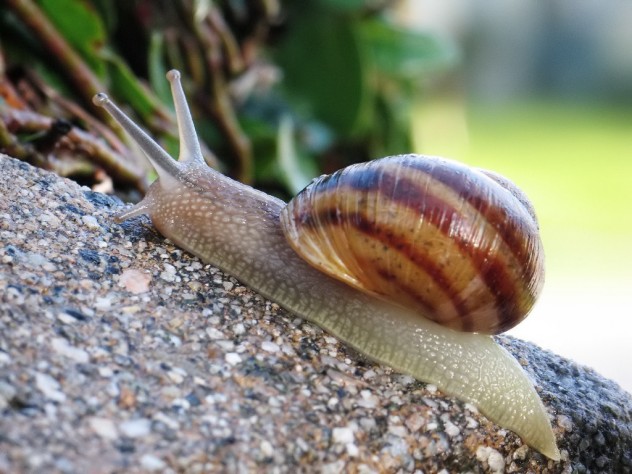 Cellular automaton is a mathematical model used by computers to design patterns or graphics. Imagine that you have a grid populated with dozens of cells: By defining and applying the principles of cellular automaton to these cells, throughout a defined period of time they will evolve (in this instance, change color) in accordance with the state of the cells surrounding it.

One example of its use in nature comes via seashells, such as those in the Conus and Cymbiola genus. Their shells are decorated with complex patterns which are derived through cellular automaton; over time, the patterns of the shells evolve constantly, as each cell of the shell releases pigment that alters its patterning according to the behavior of the neighboring cell. Likewise, plants use cellular automaton to regulate the movements of the stoma on their leaves, which resemble intake valves for gases vital to the survival of the plant. 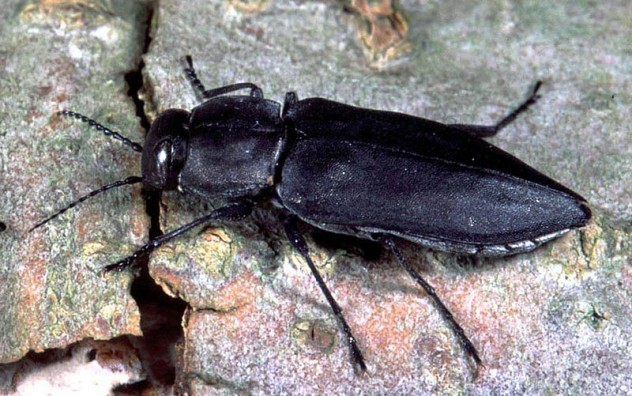 In August 1925, a large fire broke out and devastated an oil depository in Coalinga, California. Among the ruins, investigators found hundreds of melanophila beetles (also known as “charcoal beetles”), a strange fact considering that this species wasn’t a resident of the region. Later studies of this phenomenon concluded that the beetles had flocked to the site from the foothills of the Sierra Nevada, over 130 kilometers away and the site of several large forest fires years earlier.

This incident is testament to the amazing infrared sensors that this beetle is naturally blessed with. The shell of the beetle is dotted with hundreds and thousands of tiny water-filled spheres approximately 0.02 mm in diameter. When infrared radiation is present in the air, the water in these spheres expands and the resulting change in pressure is detected by the beetle, which then moves to reach the fire. But why are they equipped with such technology, you might ask? Simple: because the species lays its larvae in freshly burned trees. 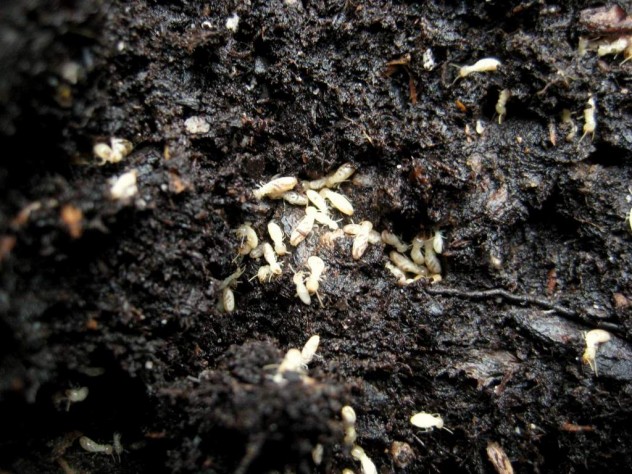 In the animal kingdom, competition for food can be high, so much so that some species of soil-dwelling insects have evolved a system of wireless communication (“wi-fly”?) that lets above-ground insects know which plants have been co-opted.

On occupying a plant, the soil-dwellers alter the chemical composition of the leaves of the plant, which in turn causes it to release signals into the air indicating that it’s been snapped up. Thus, above-ground insects are alerted instantly if they’re encroaching. As well as preserving a food source, the soil-dwelling insects are also doing the above-grounders a favor: It’s been shown that some species of above-ground insect develop at a slower rate if they’re sharing a plant with a soil-dweller. This system also assists parasitic wasps like the one we mentioned earlier. This species likes to lay their eggs inside above-ground insects, so the signals that the soil-dwelling insects transmit also indicate areas in which there aren’t any suitable hosts, thus the wasps know to hunt in areas where this signal isn’t present.

1 Bacteria Use Social Networks To Survive 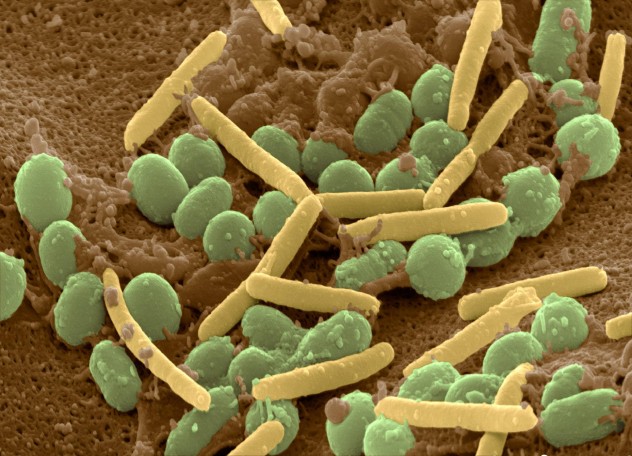 While floating around in an organism, cells of the M. xanthus bacteria stay connected to each other using chain-like membranes in order to form a physical social network.

Alongside using it to evade and kill bacterial enemies such as E. coli, the bacteria also curiously use this network—which consists of spherical organelles called vesticles—to trap “prey” such as protein molecules. Even more astoundingly, while other bacteria do communicate to each other in such a way, the network used by M. xanthus is special because its only open to other M. xanthus (unlike the networks used by other bacteria which are open to all types). So, like Facebook, this network also has privacy settings. Now we just need the lead bacteria to sell data about the others to advertising firms against their consent and this metaphor would be fully realized.

For more writings from Adam, visit One Word Louder or follow him on Twitter if you’re into that sort of thing.