According to legend, people become ghosts because the violent, sudden, and unfair death they suffered keeps them from moving on. By this reasoning, there must be a whole lot of military ghosts around. After all, what else causes so much unreasonable death?

Some of the ghosts on the following list are menacing. Others are merely mischievous. But, in one way or another, their stories are all linked to the armed force that they served in life.

10 The Phantom Battle Of Edgehill 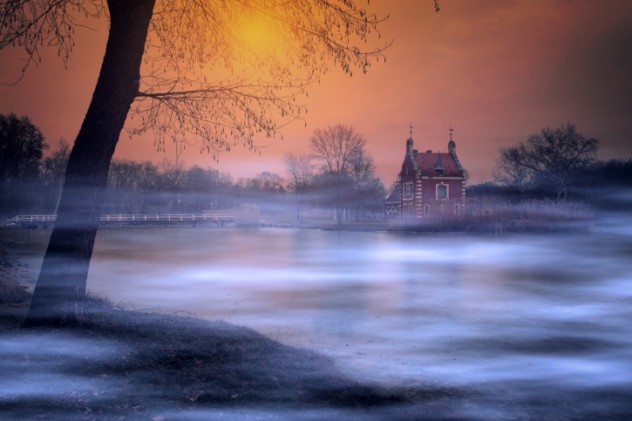 The Battle of Edgehill, in the October of 1642, was one of the most famous clashes of the English Civil War between the Royalists and the Parlamentarian ”Roundheads.” It was a three-hour bloodshed involving 30,000 soldiers, resulting in only death and humiliation. Not only was the battle indecisive, the dead were mercilessly looted and left on the battlefield to rot.

Unsurprisingly, such a pointless and humiliating death was said to make the dead soldiers less than happy. By Christmas of that same year, ghostly apparitions and noises started manifesting. Shepherds and other people passing through the area could suddenly find themselves witnessing two ghostly armies clashing in the night sky.

When the king heard about the phenomenon, he ordered an official investigation. The investigators ruled that the haunting was legitimate, a decision that remains the only official nod towards the existence of ghosts in British history.

Although the Christian burial of the bodies still scattered on the area somewhat stopped the hauntings, the two ghostly armies were said to re-enact the battle during its anniversaries for over 100 years after the actual conflict. The locals made a picnic out of the phenomenon, gathering to watch the proceedings from a respectable distance. 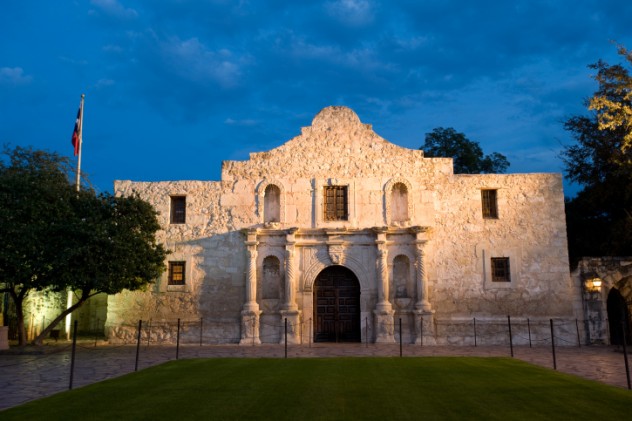 The Battle of the Alamo is one of the most famous moments of the Texas Revolution, and the missionary site that is the battle’s namesake has since become one of the most legendary war memorials in the US. Incidentally, it’s also one of the most haunted. Stories of Alamo ghosts got their start almost immediately after the battle, when a Mexican general sent to demolish the building was said to have encountered six robed ghosts that brandished fiery swords and threatened his life if he touched the site.

As years went by, rumors of Alamo hauntings grew in variety: People witnessed spirits of Texan soldiers who fought the battle and eerie, inhuman shapes emerging from the building after hours. Perhaps the most famous of the supposed ghosts is the so-called Alamo Sentry, a usually invisible ghost soldier whose heavy footsteps patrol the building’s roof on rainy nights.

Incidentally, this is an particularly impressive feat for the “ancient spirit” since the Alamo didn’t have a walkable roof until quite recently. 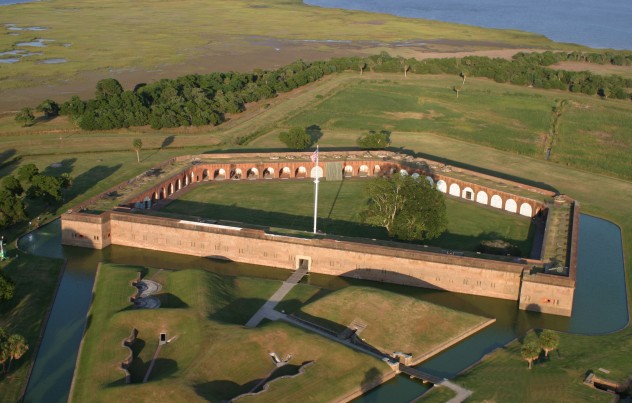 Fort Pulaski stands by the beautiful Savannah River in Georgia and is presided over by the National Park Service. However, it has a dark history that belies its current peaceful nature. It used to be a Civil War prison where over 500 confederate officers froze and starved in their cells over the hellish winter of 1864–1865. As such, Fort Pulaski is reported to have a hostile and ”heavy” air.

There’s also a stairwell with a particularly cruel history: When the fort saw battle, the wounded soldiers were unceremoniously dumped in the stairwell to die. These soldiers are said to still haunt the staircase, attempting to climb it despite their grievous wounds in order to return to the battlefield. 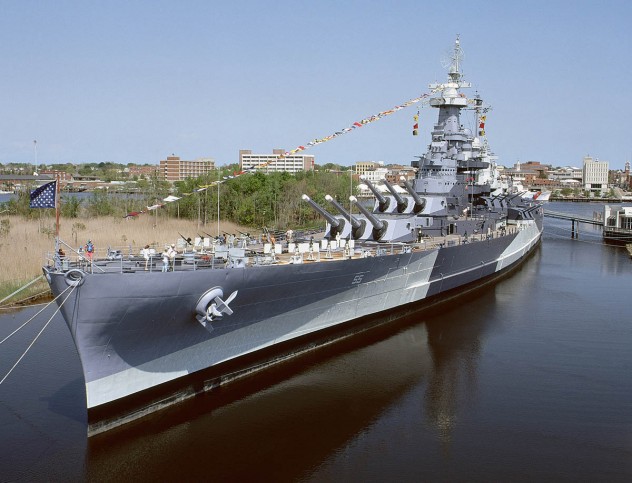 The USS North Carolina was one of the most powerful ships in WWII. It is also said to be extremely haunted by a number of entities, two of which stand out in particular.

One of the main ghosts is a cheerful presence, a young blonde man working on the ship even after his demise. He’s harmless but quite mischievous: The doors and hatches he opens and closes while he bustles about in its duties can be quite startling for those who encounter them. There have also been reports of other similar ghosts, but they are mostly minding their own business—they wordlessly continue the onboard tasks they performed while alive.

However, there is another, more malicious presence onboard: There have been reports of encounters with an angry, shadow-like entity that fills the room with anger and hate, sending the poor person facing it running in panic. 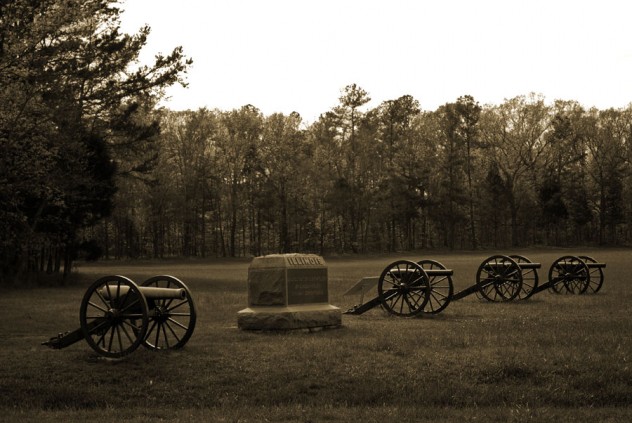 One of the most brutal battles in the American Civil War was fought for the control of Chattanooga, Tennessee. The main bloodbath of this battle took place in the Chickamauga battlefield. To make things worse, the site also witnessed the annihilation of the Georgia Cherokees by smallpox.

Today an unassuming National Park, the area still carries a trace of these brutal tragedies: Legend says it is one of the most haunted places in America. The field is often encompassed by a mysterious fog that disappears as soon as the visitor exits the area. Eerie lights and ghostly figures have been seen moving about, and sounds of ancient combat have been heard.

Perhaps the most frightening entity said to haunt the area is “Old Green Eyes,” a monstrous figure that stalks a particular hill. It’s a hairy creature with razor-sharp fangs and piercing eyes (that are indeed green). No one really knows what Old Green Eyes is. Some claim it’s a half-man, half-beast that is drawn to the site because of its murderous history. Others maintain that it’s a tortured specter whose twin brother was slain in the battle. 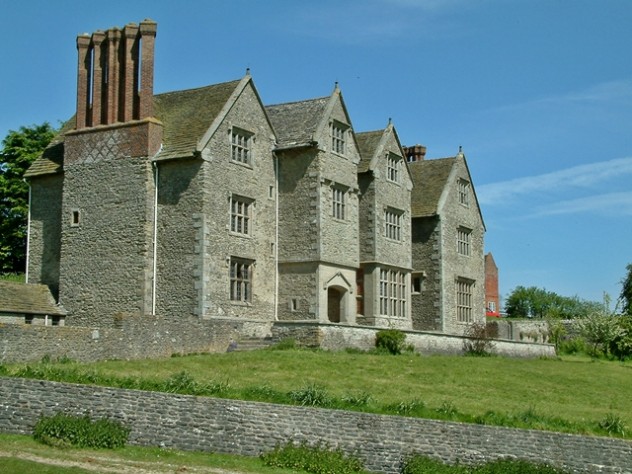 Another specter of the English Civil War, Major Smallman was a loyal servant of the King. As such, his home was besieged by the Roundhead troops in 1645. The major wasn’t about to sit and take it though. He managed to evade his enemy and escaped on horseback. However, it’d probably safe to assume he didn’t ride away to a paradise island to live his life in luxury. Sightings of the good Major’s ghost are frequently reported in the area, both inside his old house and out in the fields, galloping away on a ghostly horse.

Although it’s unknown what caused the Major’s specter to appear (after all, he did get away), it may have something to do with the other ghost haunting his old house: a young girl who first smiles sweetly at anyone who sees her, then lets out a terrifying scream.

4 The Naked Legionnaire Of Abbey Church 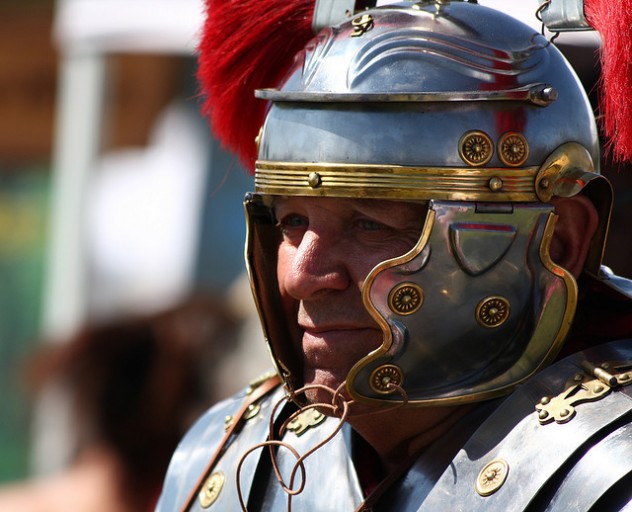 The only thing that’s more frightening to encounter in a dark alley than a ghost is a naked ghost. So, of course, such a thing is reported to exist.

The Bath area of Great Britain is famous for its many paranormal legends. Perhaps none of them are stranger than the nude ghost of a roman soldier that can occasionally be seen running through the alleyways of the town of Abbey Church. The apparition is said to be quite convincing: Once, a police officer mistook it for a real streaker and started chasing it, only to see it disappear into thin air.

Many mysteries surround the naked legionnaire, but the biggest is definitely this: If the ghost is indeed nude, how can people tell it’s an ancient roman soldier? Does it have tattoos or something? 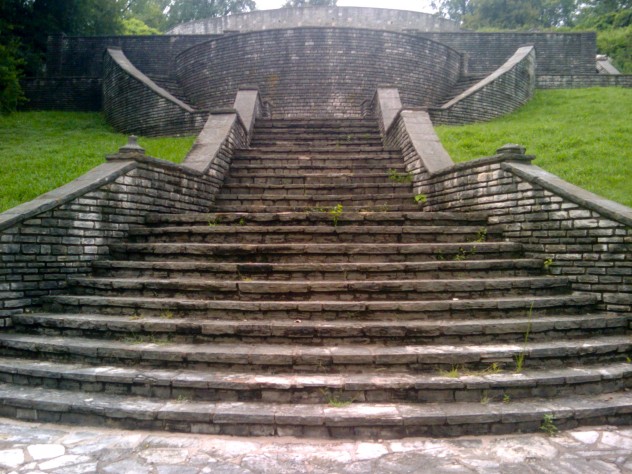 Fort Bellefontaine is an odd military ghost because there are no ghostly soldiers or generals to be seen. Instead, the fort itself is said to be a paranormal entity, much like a haunted house.

The supernatural experiences range from “unexplainable” experiences like strange sights and sounds to the fort’s mysterious main staircase. Pictures taken on its second step show a mysterious, dark red smoke embracing the stairs. No natural explanation for the smoke has been found.

2 The Ghosts of USS Arizona 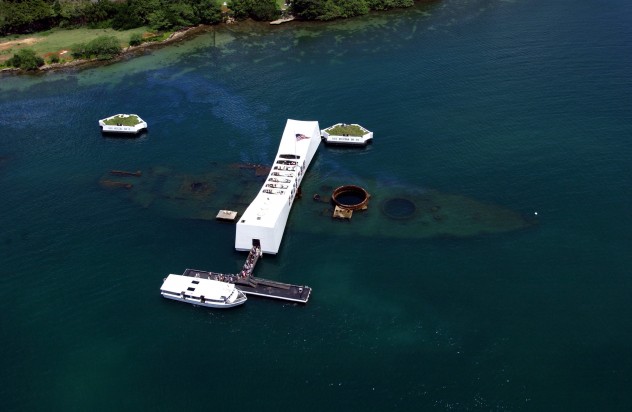 In 1941, the battleship USS Arizona famously sank in the Japanese attack on Pearl Harbor, taking the vast majority of its crew with it. Two decades later, a large, floating memorial was constructed directly above its rusting, watery grave.

Ever since the opening of the memorial, many have witnessed strange phenomena that seem to suggest the spirits of the sailors still linger on. Visitors have reported a multitude of frightening experiences, ranging from strange, floating orbs to sounds of bombing and even a horribly burnt ghostly shipman wandering the halls in never-ending agony.

Perhaps most eerily, the massive ship underneath still bubbles oily droplets to the surface, which is said to create an effect that is a lot like breathing. Sometimes, this leakage is said to form pictures of faces. 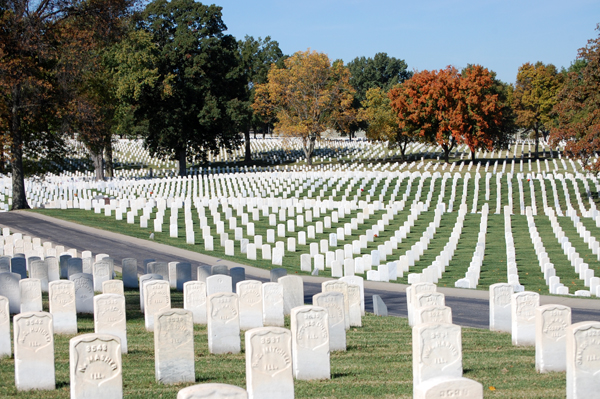 There are many haunted castles and forts in the world, but Jefferson Barracks can boast more ghost sightings than many of the others combined. A St. Louis military complex that was established in 1826, the barracks has seen pretty much all the military action that has ever taken place on the US soil. This has left it with some very strange scars.

There are 42 buildings in Jefferson Barracks’s grounds, and nearly all of them are said to be haunted. The barracks is still used, yet, if the stories are to be believed, there are more dead soldiers hanging around than live ones. People say the main building is haunted by a legion of ghosts, up to and including an old Civil War general that haunts the post commander’s office, forever dispatching orders. Barracks and prison buildings are plagued by floating apparitions, mysterious footsteps, and disembodied voices screaming drill orders. The hospital is haunted by a host of ghosts in civil war uniforms—some smoky spectres, others realistic enough to pass for a living person and even communicate.

However, the absolute least favorite place for the soldiers is probably the Powder Magazine. The poor men tasked with guarding the building sometimes find themselves face-to-face with an angry ghost guard that challenges them for their post, blood streaming from the bullet hole in his forehead.

A long-standing commander of Fort Concho, Colonel Ranald McKenzie was so fond of his position it’s said he never left it. His spirit is said to haunt his old premises at the Officers’ Row of the fort, watching over the area and occasionally showing himself to visitors and staff.

McKenzie’s ghost is quite frightening because he is said to have some poltergeist-like abilities. One female staff member experienced this the hard way when she was working on the Officers’ Row and heard heavy footsteps behind her. Before she could react, she was thrown against the wall by an icy gust of air. According to the woman, the ghost was instantly recognizable because it cracked its spectral knuckles in the same way that McKenzie’s had in life.