Given a choice, most of us would probably rather live in a rich Western market democracy than a developing country. And why not? We all know developed nations are less corrupt, more equal, and boast a generally better standard of living, right?

Well, not exactly. See, though the name may lead you to assume “developing” countries are stuck playing catch-up, the truth is that they frequently outclass the rest of the world in some significant areas. Think it’s only OECD nations leading the way on important stuff? Guess again.

10 Uruguay
Leads The Americas On Transparency 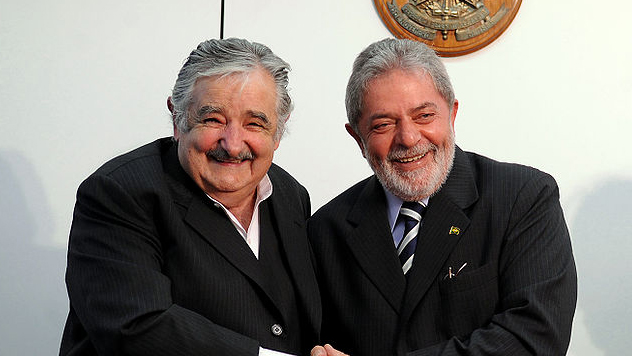 Compared to, say, Argentina or Brazil, Uruguay probably doesn’t feature all that highly on most people’s radar. Small, stable, and mostly notable for legalizing the commercial production of pot, it just seems an average low-profile Latin American state. But there is one area where Uruguay is distinctly less average. According to Transparency International, the country is one of the least corrupt in the whole of the Americas.

In their 2013 annual rankings of nations by perceptions of corruption, Uruguay was named the joint 19th most transparent country on Earth (along with the USA). By way of comparison, the only country in North, South, or Central America to rank higher was Canada at number 9. In other words, this small Latin American state is so insanely anti-corruption that it’s very nearly leads two whole continents in the transparency stakes.

Even more-impressively, Brazil’s neighbor French Guiana is given the exact same score as mainland France and still ranks as more corrupt. So Uruguay’s not only showing the Americas how open government is done—it could also teach mainland Europe a thing or two. 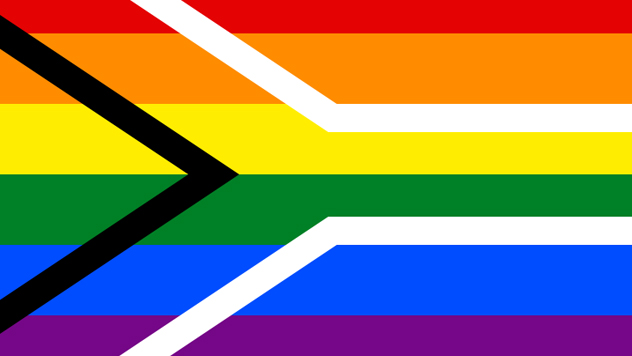 Although its economy is currently booming, South Africa arguably is still a long way from qualifying as a developed country in certain respects. Cursed with endemic violence and desperately unequal, it continues to trail behind most OECD countries on social issues—with one important exception. South Africa may be one of the most institutionally gay-friendly countries on Earth.

In their 2013 roundup, the International Lesbian, Gay, Bisexual, Transgender, and Intersex Association (ILGA) gave the country a solid “Green” rating for its attitude towards LGBT people. Aside from legalizing gay marriage, the government has allowed adoption and put in place stringent laws to deal with homophobic hate crimes. The 1994 post-apartheid constitution was possibly the first example of any country outlawing anti-gay discrimination.

This places South Africa above even Canada on the ILGA’s leader board, despite Canada practically inventing LGBT tolerance. That’s not to say discrimination doesn’t exist on the ground (it does), but from a governmental standpoint, SA is doing more than practically anywhere else on Earth to accept gay people. 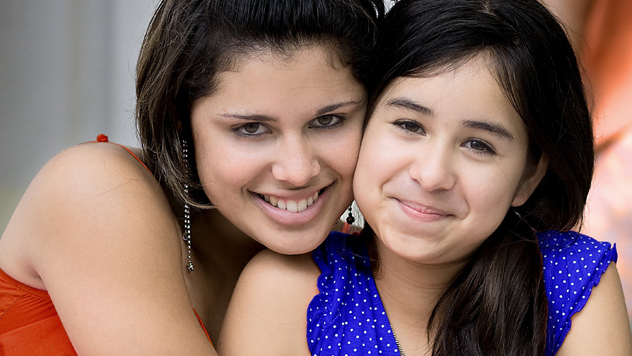 If you were asked to name the happiest countries on Earth, where would you pick? Somewhere like the USA or Western Europe, maybe? New Zealand?

How about a tiny corner of Central America? In their 2013 World Happiness Report, the United Nations Sustainable Development Solutions Network ranked both Costa Rica and Panama as way happier than . . . well, nearly anywhere. Only the Nordic countries, Canada, Australia, and Israel ranked better, making up the top 11 while Costa Rica ranked 12th. The UK, meanwhile, only reached 22nd, while the USA came one place behind Mexico at 17th.

But this isn’t the only time Costa Rica has smashed the happiness rankings. The Happy Planet Index from the New Economics Foundation recently ranked it as literally the happiest place on Earth, with Panama once again not far behind. Not bad for a country with a GDP of only $45 billion.

7 Mali
Most Efficient For Innovation 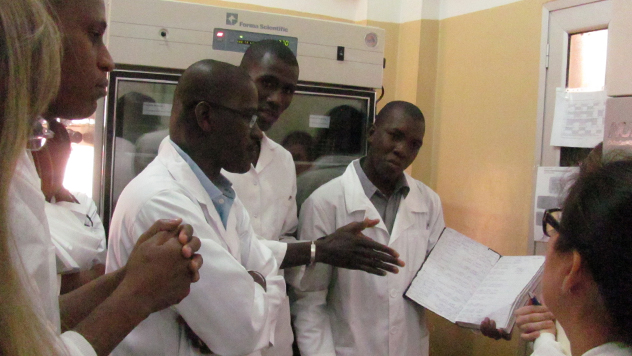 Each year, the World Intellectual Property Organization publishes the Global Innovation Index—a ranking of each country by their ability to dream up and patent amazing new ideas. Unsurprisingly, places like Switzerland, the USA, and the UK usually dominate the table, with developing countries coming far below.

However, the organization also publishes something called the “innovation efficiency index,” which measures the amount of intellectual bang you’ll get for your buck investing in each nation. And it turns out that one country stands head and shoulders above all others at returning something amazing for next-to-nothing: Mali.

This is significant because Mali is one of the poorest countries on Earth. According to the BBC, it ranks in the bottom 25 for wealth, with a GDP per capita of less than $700. Yet its science, business, and tech sectors are so resilient that they’re capable of wringing more value out an investment than even China. 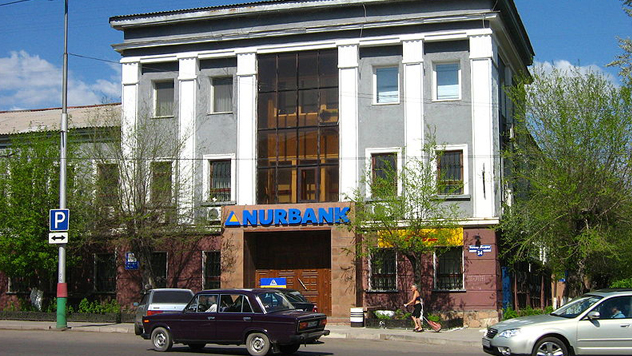 Egalitarian places like Japan, Sweden, and Denmark have been repeatedly shown to have less violence, longer life-expectancy, and better health than totally non-equal places like Portugal and the UK. So we tend to assume a certain level of income inequality goes hand-in-hand with being an advanced and progressive (and probably Nordic) society. Or at least we would, if it weren’t for Kazakhstan.

Despite being a dictator-ruled former-Soviet oil state, Kazakhstan has also managed to rank itself as one of the ten most-equal countries on Earth, according to Business Insider. And just in case you’re assuming “most-equal” is a fancy way of saying “poorest,” we should point out that it shares the list with Germany, Austria, Sweden, and Norway. In other words, it’s in good company. And all this equality stuff is apparently paying off: Currently, the country’s one of the most-desirable places to live in Central Asia. 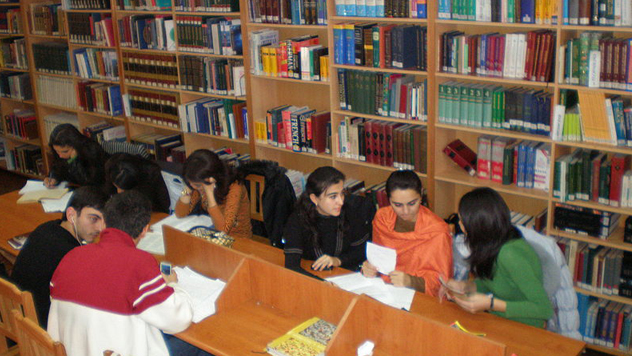 Azerbaijan is a stereotype of a despotic oil-rich state. It’s ruled over by a corrupt dictator who routinely plays Russia and the EU off against each other. Its capital city Baku is a shadowy world of intrigue, nepotism, cronyism, and flagrant human rights abuses. Oh, and it also happens to boast one of the best literacy rates in the entire world.

The CIA’s World Factbook claims that 99.8 percent of the adult population can read and write—a number that comfortably outstrips that of the USA, UK, Australia, Japan, and pretty much any other country you can think of. Only a handful of the Nordic countries in Europe rank higher in terms of literacy, and none of them have spent a large chunk of the past 20 years scrabbling around in comparative poverty. Sure, it might be ruled by a clique of half-mad tyrants, but they’re half-mad tyrants who care about children’s education. 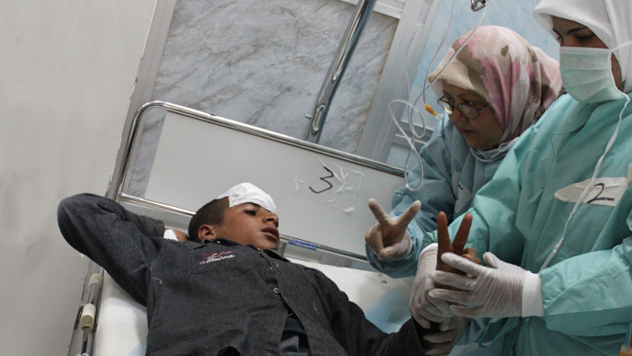 You’ve heard of Libya. Ruled by a lunatic until two years ago, torn apart by a brutal civil war, and still partly under the control of militias unafraid of the weak government, it sounds like your standard North African disaster. But according to the analysts at Bloomberg, there’s one area where Libya outclasses all but 10 other nations in the world: the efficiency of its healthcare system.

Now, just to be clear, efficiency doesn’t mean best—not by a long shot. The Bloomberg folks arrived at their data by measuring the cost of healthcare per citizen against quality of care received. In other words, they wanted to find where you got the most for your money, and by that criteria, Libya is hard to beat.

See, despite living in an unstable state that’s only just survived a violent coup, Libyans can expect to live to the ripe old age of 75—and to get there in decent health at the incredible cost of only $398 per citizen. For comparison, Brazil spends nearly four times that amount to see its people die at 73, while the USA spends over 20 times as much to give Americans a measly three extra years. In other words, if you were one of the many people screwed over in the Obamacare debacle, you should know Gaddafi’s old stomping ground could probably have done a better job.

3 Ecuador
No One Abuses Drugs 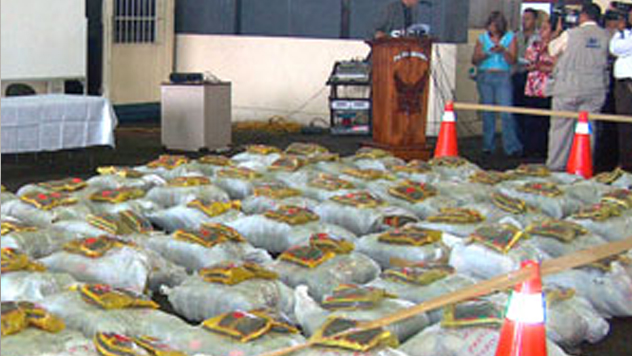 The UN likes to keep tabs on what the people of various countries are doing with their lives. As part of this general nosiness, they frequently publish data and maps on stuff like death rates and literacy rates, along with more interesting matter like drug abuse rates. And according to the most recent of these, the people in Ecuador are absolute teetotalers.

Six UN-authored maps track the abuse rates of different drugs across the globe. For some, like marijuana, places like the United States and Britain are highlighted as particularly prone. For others, like opiates, it’s Russia and Iran. But here’s the thing: Although nearly every tracked country shows a strong inclination towards at least one type of drug, Ecuador apparently doesn’t touch anything. Not because there’s no data or there are holes in the statistics—there just doesn’t seem to be much desire for Ecuadorians to get off their face on illegal drugs. Either that or they’re utterly superb at hiding their habits from data collectors, which has got to count as a skill in its own right. 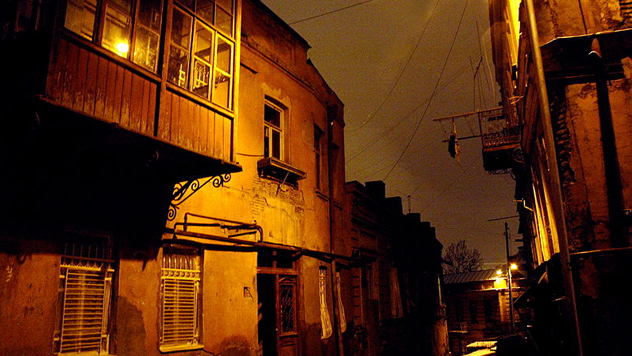 Georgia is a tiny, former-Soviet state in the Caucasus region where poverty is endemic, terrorists are trained, and violent Russian invasions are a fact of life. And, amazingly, its citizens feel safer than anyone else in the world.

In 2012, Gallup contacted men and women worldwide to find out who felt safest walking alone outside after dark. The gender distinction is important, because they found that in places where men mostly felt safe (such as New Zealand and the USA), women generally didn’t. Until, that is, they looked at Georgia.

According to the poll results, an astonishing 93 percent of men and 90 percent of women in Georgia—basically the entire population—felt perfectly safe walking around alone at night. For comparison, only 62 percent of women in the USA and UK felt the same way. A mere 40 percent of Italian women trusted their fellow citizens not to harm them. We’ll leave it up to you to speculate on whether that means Georgia really is safer or if its citizens are simply tougher. 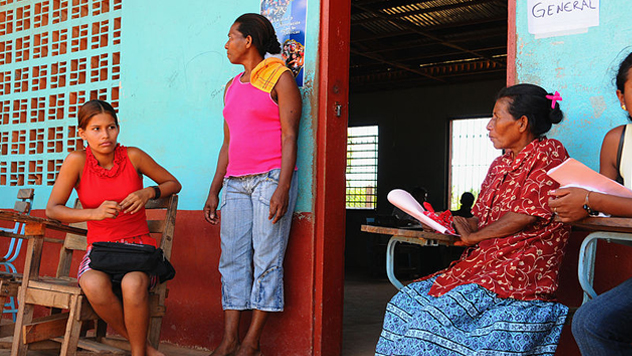 Every year, the World Economic Forum publishes the “Gender Gap Index,” a set of international rankings that measures exactly how equal things are between the sexes. It aims to highlight the countries where women fare best, and as with so much on this list, the top places are usually dominated by Nordic European countries. But cast your eye over the top ten and you’ll find a couple of surprises. Both the Philippines and Nicaragua are objectively more female-friendly than nearly anywhere else on Earth.

And we mean anywhere. The USA, Canada, the UK, Australia, and most of the EU all rank significantly lower in terms of equal opportunities between the sexes. Now, the Philippines has long been known for its strong traditions of gender equality, but Nicaragua is a different kettle of fish altogether. Aside from enjoying the same levels of machismo generally found across Central America, the country has an uneasy track record on violence against women, and its stance on abortion is unenlightened to say the least. And yet, there it is, ranking as the tenth most female-friendly place on Earth in terms of opportunity.

So yeah, maybe us advanced economies could learn a thing or two from our developing brethren, huh?