When people think of ancient civilizations, a lack of technological advancement and a primitive lifestyle are usually the first things that come to mind. However, many of the everyday things that we take for granted were actually invented long ago. Here are 10 things which were first thought of hundreds or thousands of years in the past.

10Our System For Measuring Time 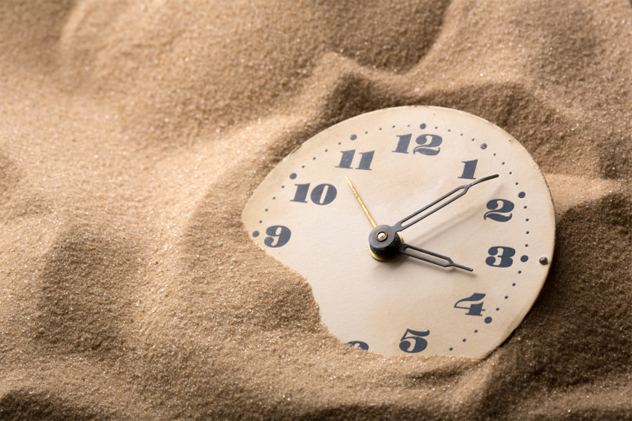 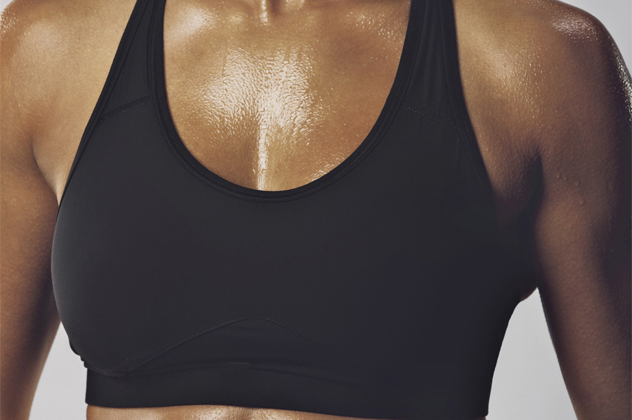 Known as an apodesmos and created by the ancient Greeks, a tight band of cloth was originally worn by women who participated in sporting events. Placed over the breasts, it would restrict their movement, making athletics a little easier. For the exhibitionists in society, it could be worn underneath the breasts, emphasizing them like a Wonderbra. In addition, the apodesmos was much more prevalent in city-states which promoted women’s sports, like Sparta. 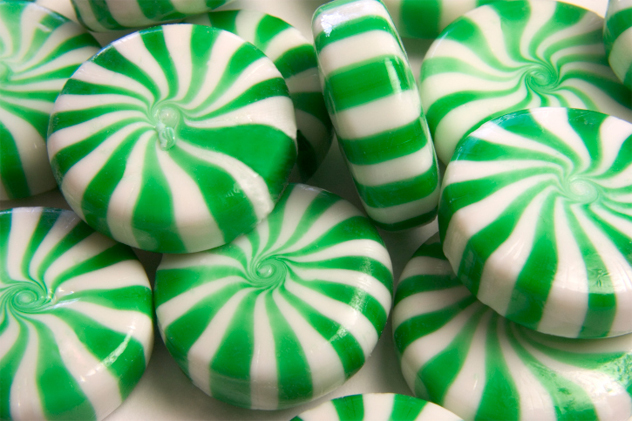 Though they were responsible for a number of great inventions and works—including papyrus sheets and the Great Pyramids—dental hygiene evaded the Egyptians. Faced with the odor resulting from bacterial growth and tooth decay, they developed the first breath mints: a mixture of various ingredients, including frankincense and cinnamon, which was then boiled in honey and shaped accordingly.

First mentioned in the Ebers Papyrus, a 16th-century-B.C. document, a number of different recipes for kyphi—the Greek transcription of the Egyptian word for their incense—have been found. Used in religious ceremonies as well as for medicinal reasons, the recipes for kyphi normally had a number of things in common, especially wine, honey, and raisins. Unfortunately, a few of them have listed ingredients which we have been unable to correctly identify. 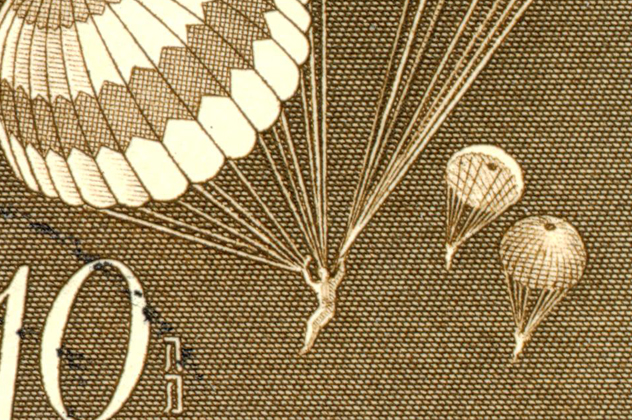 While many people incorrectly attribute the invention of the parachute to Leonardo da Vinci, it was actually the ancient Chinese who came up with the idea. As far back as the first century B.C., written records detail the exploits of Emperor Shun, a man who lived over 4,000 years ago. In these books, historians detail how he was forced to the roof of a tall building by his father, who intended to kill him by burning the building underneath him.

Grabbing a pair of bamboo hats, Shun slowly descended to the ground, laying the framework for the idea of using wind resistance to slow a fall. Later stories talk about thieves escaping their would-be jailors by leaping off tall buildings and, as early as 200 B.C., Chinese acrobats were using parachute-like equipment to entertain the nobility, more than 1,700 years before da Vinci’s supposed “invention.” 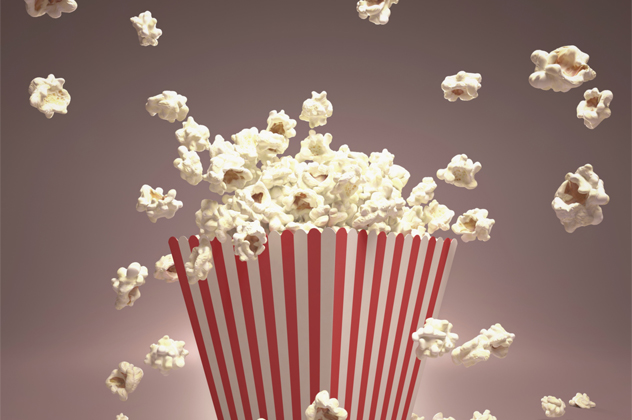 While they didn’t technically invent popcorn, it was the Aztecs who inadvertently introduced popcorn to the world as a result of the Spanish invasion. When Columbus first interacted with the Arawak tribe, he was given a popcorn corsage. Believed to be a key component in the foundation of their empire, popcorn played a large role in Aztec culture. It was often made into necklaces or headdresses, and it was commonly used to decorate religious statues. One Aztec ritual involved throwing a whole ear of un-popped popcorn into a fire as a sacrifice to the gods. They referred to the kernels which came out as “hailstones.”

Some archaeologists believe that popcorn was actually the first form of corn ever cultivated, with evidence of its existence dating to the Anasazi tribe of Utah, who arose around 350 B.C. Using seed selection, an agricultural process to determine the healthiest future crop, Native Americans are thought to have developed the crop almost 5,000 years ago. 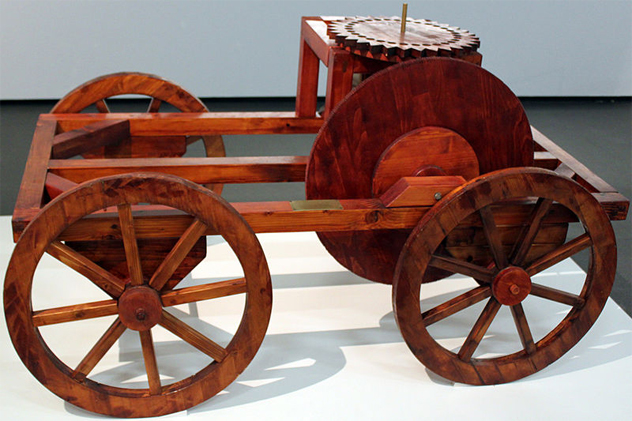 A useful tool for measuring distance traveled, the odometer is believed to have been invented by an ancient Roman named Vitruvius. Mainly remembered as an architect, he came up with the idea for what he called a hodometer in the first century B.C. The word hodometer is derived from the Greek words for “way” and “measure.” He wrote extensively about the design, explaining how a wheel with 400 teeth would be turned by a single-toothed gear attached to the main wheel. A stone would then be dropped into a box, indicating that a Roman mile had just been traveled.

However, some archaeologists maintain that such a design would have been impossible for the Romans to actually manufacture, given their inexperience with metalworking. Even Leonardo da Vinci was unable to recreate Vitruvius’s invention. More recently, Andre Sleeswyck, writing for Scientific American, reported that he was able to reconstruct it successfully. 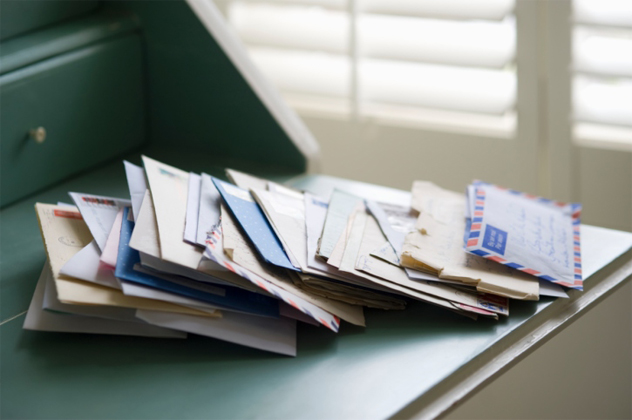 Assyria, a major Semitic civilization which existed as an independent county from 2,500 B.C. to 900 B.C.—a period of nearly 19 centuries—was responsible for the creation of the first postal service in the world. Various other claims have been made from China and Egypt, but they are not as reliable as those we have for Assyria. Most likely created sometime during the reign of Shalmanesar III in the ninth century B.C., the postal service utilized mules in order to transport letters between cities.

The Greek historian Xenophon wrote about Cyrus the Great, the leader of the Persian Empire which controlled Assyria, and how, throughout the empire, there was a collection of couriers who would ferry letters back and forth between predetermined outposts in each city. It was a relay system, enabling fresh couriers to take over at each stop. Certain letters would even be sent with voice messengers to ensure that the tone of the writer’s words came across correctly. 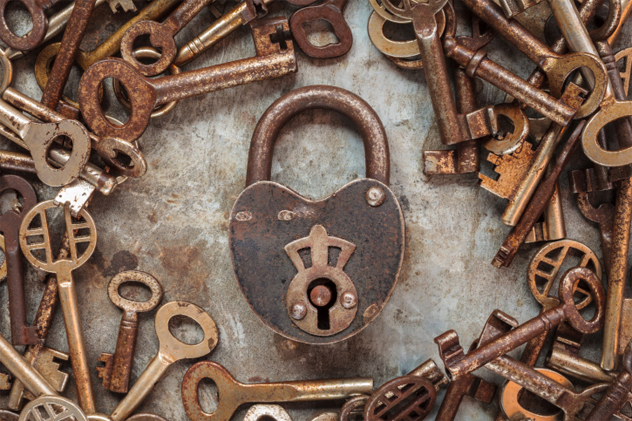 The oldest preserved door locks we have ever found belong to the ancient Egyptians and date back to at least 2000 B.C. It’s believed, but not proven, that they existed even earlier than that. What separates the Egyptian lock from later inventions is the fact that the whole thing was made out of wood, the key included. In fact, the basic idea for a lock—the pin tumbler—is still the most common type used today. There was one minor difference between their keys and ours though: Theirs were nearly a foot long, which made it much harder for would-be thieves to pick the locks.

It’s believed that the Egyptians designed these complex locks as a way to guard valuable items or places of religious significance. A simple latch or bolt normally sufficed, but this new system enabled places to be cordoned off, making actual security guards unnecessary. Also, the door could only be locked (or unlocked) from the outside, and a bolt was used to do the actual locking. 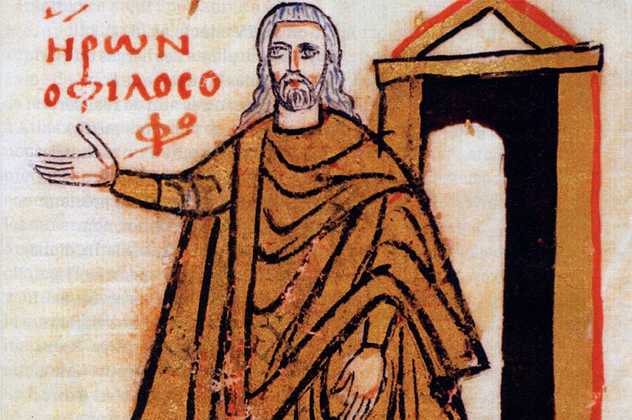 Invented by the famed Hero of Alexandria, the world’s first vending machine only had one snack you could get: holy water. In Egypt during the first century, a five-drachma coin, equivalent to around $4.40 in US dollars today, would get you a small amount of sacrificial water for use in the temples. Basically, a box had a slot in which the person would drop a coin. The coin would then hit a metal lever, which would act like a teeter-totter of sorts, moving the plug away from the holy water dispenser. Once the coin fell, the stream would be cut off.

The need for this new invention arose because, as professor of Greek and Roman studies John Humphrey of the University of Calgary says, “people were taking more Holy Water than they were paying for.” However, due to Hero’s inclusion of others’ inventions in his writings, it’s not really clear if he was the first to come up with the idea. Ctesibius of Alexandria is probably the next most likely inventor. 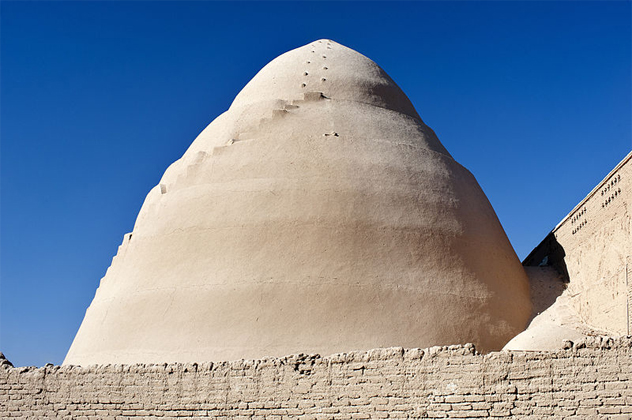 Derived from the Persian words for “ice pit,” a yakhchal was a mound made of mud, rising as high as 18 meters (60 ft) off the ground. A pit up to 5,000 cubic meters (175,000 cu ft) in volume would then be dug underneath it. Using a process known as evaporative cooling, wind would blow into the pit, chilling any water which was brought in or left behind by melting ice. The ice itself was made in channels that extended behind the yakhchals that were filled with water at night, when temperatures dropped below freezing. The ice that formed at the top of the channels was then chipped off and put into the yakhchal. Known to the inhabitants of present-day Iran since as far back as the 17th century B.C., these “freezers” are much larger than those found farther west.

Though fairly efficient in their ability to store ice, yakhchals quickly fell out of favor when electric refrigeration was invented. Modern freezers also tended to produce much cleaner ice, as dust and other contaminants would often enter the water in a yakhchal. This is probably due to the fact that they were normally made of brick and mud.

10 Everyday Activities That Were Once Absolutely Terrifying