Superheroes are not just for comic books and movies; there are plenty of real-life heroes performing superhuman feats throughout the world. From superior strength to incredible acts of courage and perseverance, these real people have shown what incredible feats are possible through the power of the human spirit. 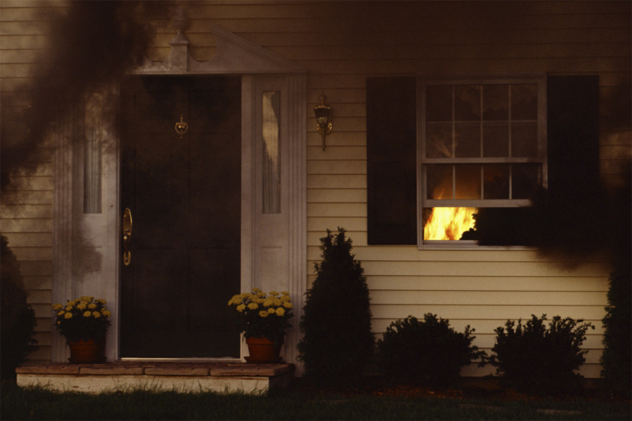 Imagine trying to save a blind person from a burning building, guiding them step by step through the searing flames and smoke. Now imagine that you’re blind too, as was the case in this inspiring story. Jim Sherman, blind from birth, heard his 85-year-old neighbor’s cries for help as she was trapped in her burning home. In a feat that can only be called heroic, he found his way over to her home from his trailer in the next lot by feeling his way along the fence.

Once he reached the woman’s home, he somehow managed to find his way inside and locate his frightened neighbor, Annie Smith, who was also legally blind. Sherman dragged Smith from the burning home and outside to safety.

9Skydiving Instructors Sacrifice Everything To Save Their Students 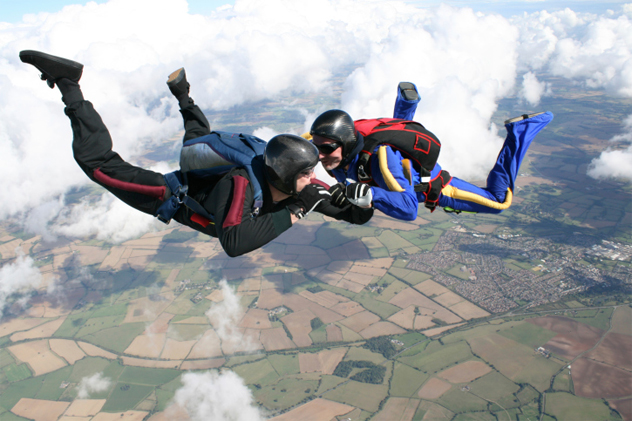 Not many people survive a fall from thousands of feet in the air. But incredibly, two women did just that due to the selfless acts of two men. The first man gave his life to save a person he had only just met. Skydiving instructor Robert Cook and his student, Kimberley Dear, were heading to the sky for her first jump when the plane’s engine failed. In an incredible act of bravery, Cook told Dear to sit on his lap, hooking their harnesses together. As the plane crashed to the ground, Cook’s body absorbed the impact, killing him but protecting Kimberley Dear from what should have been a fatal accident.

Another skydiving instructor, Dave Hartsock, also cushioned his student from impact. It was Shirley Dygert’s first jump, a tandem dive with her instructor. Although the plane did not malfunction, Dygert’s parachute did. In a terrifying free fall, Hartstock was able to position himself below his student, taking the impact as they both hit the ground. Although Dave Hartstock shattered his spine, paralyzing his body from the neck down, both survived the fall. 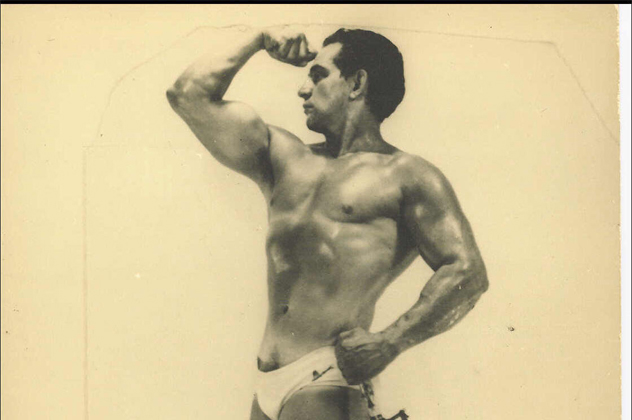 Although he was a mere mortal, Joe Rollino spent his 104-year-long life performing incredible, superhuman acts. Although he only weighed about 68 kilograms (150 lb), in his prime he could lift 288 kilograms (635 lb) with his fingers and 1,450 kilograms (3,200 lb) with his back, winning several strongman titles and accolades.

However, it was not his abilities in strength competitions or his Coney Island title of “Strongest Man in the World” that made him a hero in many people’s eyes. In World War II, Rollino served in the Pacific and was given a Bronze and Silver Star for his bravery in the line of duty, plus three Purple Hearts for his battle injuries, which landed him in the hospital for a combined 24 months. He is best remembered for pulling his comrades from the battlefield, two under each arm, then going back into the line of fire to carry more of his wounded brothers to safety.

7Father Fights Off An Alligator To Save His Son 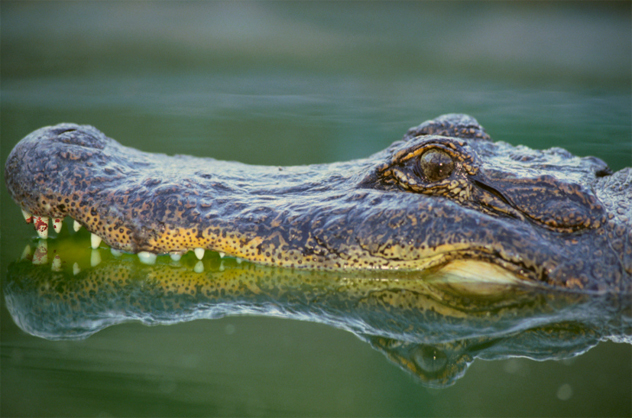 Fatherly love can inspire superhuman feats, as two fathers from different ends of the world have proven. In Florida, Joesph Welch came to his six-year-old son’s rescue when an alligator clamped onto the boy’s arm. Without a thought for his own safety, Welch repeated punched the alligator, trying to get it to release his son. Finally, a bystander came to assist Welch by kicking the gator in the stomach until the beast finally let go of the boy.

In Mutoko, Zimbabwe, another father saved his son from a crocodile attack in a river. The father, Tafadzwa Kacher, began poking reeds into the croc’s eyes and mouth until his son was freed. With the boy out of the way, the crocodile turned its sights on the father. Tafadzwa had to gouge out the animal’s eyes to get his hand free. The boy ended up losing his leg in the crocodile attack, but he would live to tell the tale of his father’s superhuman bravery. 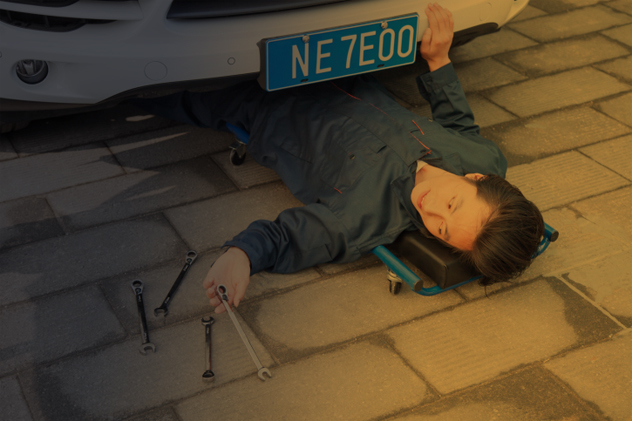 Men are not the only ones who can show superhuman strength in a crisis. One daughter and one mother showed that women can also be the heroes, especially when a loved one is in danger. In Virginia, a 22-year-old woman saved her father’s life when the BMW he was working on slipped off the jack and landed on his chest, crushing him. With no time to wait for help, the young woman lifted the car and moved it off her father, then performed CPR to keep him breathing.

In Georgia, another car jack slipped and landed a 1,350 kilogram (3,000 lb) Chevy Impala on a young man. Without any assistance, his mother, Angela Cavallo, picked up the car and held it for five minutes until neighbors could pull her son to safety. 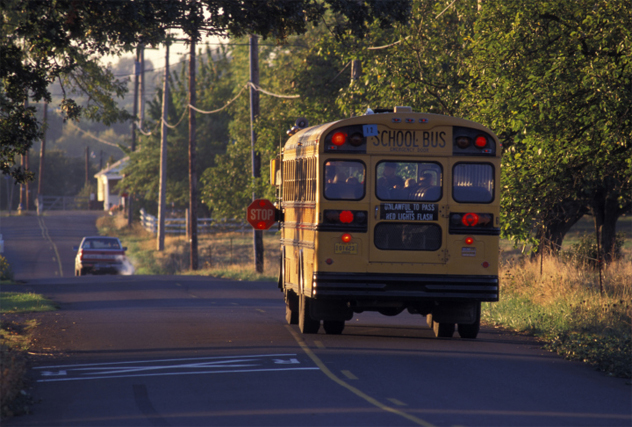 Not all superhuman powers are made of strength and courage; some are the ability to act and think fast in an emergency situation. In New Mexico, a school bus with children on board became a dangerous runaway vehicle when the driver had a seizure. A girl waiting for the bus saw that the bus driver was in trouble and called to her mother for help. The woman, Rhonda Carlsen, took action immediately. 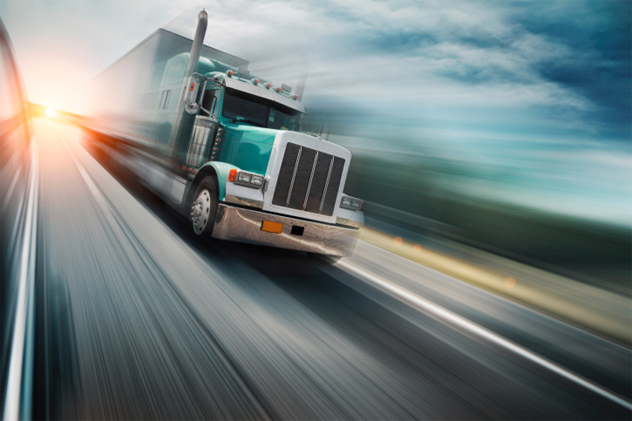 A semi-trailer truck careens over the edge of a cliff in the dead of night. The cab of the large truck groans to a stop while dangling perilously above the gorge below, with the driver trapped inside. A young man comes to the rescue, smashing out the window and pulling the driver to safety with his bare hands. This is not a scene from an action movie, but an actual event that happened in New Zealand at the Waioeka Gorge on October 5, 2008.

The hero, 18-year-old Peter Hanne, was in his home when he heard the crash. Without thinking of his own safety, he climbed onto the teetering vehicle, dropped into the narrow gap between the cab and the trailer, and smashed through the cab’s rear window. He then carefully helped the injured driver climb to safety as the truck creaked and swayed beneath their feet. In 2011, Hanne was awarded the New Zealand Bravery Medal for his heroic act.

3Bullet-Riddled Soldier Returns To The Battlefield 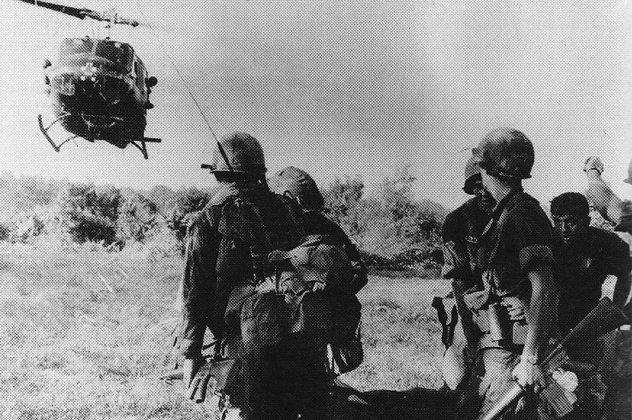 War is full of heroes, with many who risk their lives to save their fellow soldiers. In the movie Forrest Gump, we watched as the fictional character saved several of his military brothers, even after being shot. In real life, there are even more spectacular stories, such as that of Medal Of Honor–recipient Robert Ingram.

In 1966, under siege by the enemy, Ingram continued to fight and save his comrades after being shot three times—once in the head, where the bullet left him partially blind and deaf in one ear, once in his hand, and once in his left knee. Despite his injuries, Ingram continued killing the North Vietnamese soldiers who were attacking his troop and going out into fire to save his fellow soldiers. His bravery is just one breathtaking example of the many wartime heroes who protect their countries through extraordinary feats. 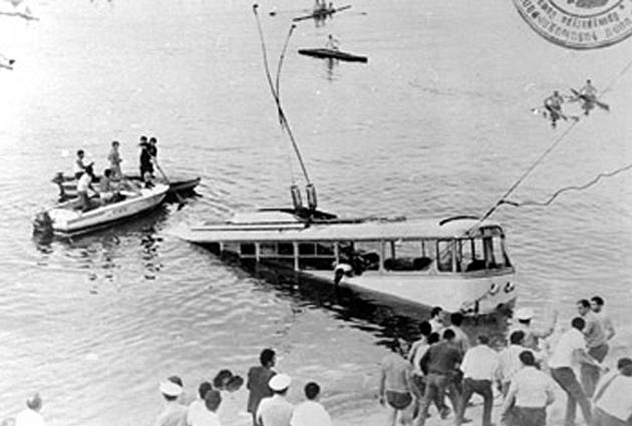 Aquaman has nothing on Shavarsh Karapetyan, who saved 20 people from drowning in an underwater bus accident in 1976. The champion Armenian finswimmer was finishing a training run with his brother when he witnessed a bus with 92 passengers drive off the road into a reservoir, hitting the water 24 meters (80 ft) from shore. Karapetyan dove into the water, kicked through the back window, and began pulling dozens of passengers clear of the bus, which had already sunk 10 meters (33 ft) into the frigid water.

It’s estimated that each person he rescued only took about 30 seconds, allowing him to save person after person before he himself lost consciousness in the cold, murky water. Out of all the people he pulled out of the bus in that short time, an incredible 20 of them survived. But Karapetyan’s heroic work was not done. Eight years later, he ran into a burning building, pulling several people to safety while suffering severe burns himself. Karapetyan received the Order of the Badge of Honour from the USSR and many other awards for his underwater rescue, yet maintained that he was not a hero and had only done what he had to.

1Man Lifts Helicopter To Save His Co-Worker

The set of a TV show became a real-life drama when a helicopter from the popular series Magnum P.I. crashed into a drainage ditch in 1988. As it came in for a soft landing, the helicopter suddenly careened out of control and plummeted to the ground, all of which was caught on film. One of the pilots from the show, Steve Kux, was trapped under the helicopter in the shallow water. In a rare “man of steel” moment, Warren “Tiny” Everal ran over and lifted the helicopter off Kux. The chopper was a Hughes 500D, which weighs at least 703 kilograms (1,550 lb) when it’s empty.

Tiny’s quick reaction and superhuman strength saved Kux from the crushing weight that was pinning him in the water. Although the pilot’s left arm was permanently injured, he recovered from what could have been a fatal crash thanks to a local Hawaiian hero.