As a species, we are inexorably drawn towards the unknown. The same desire that nurtures the myth of the sasquatch has been the driving force behind all scientific discovery and invention. By that logic, there’s no better use for your time then meditating on the unsolved mysteries left in the world. Mysteries like . . . 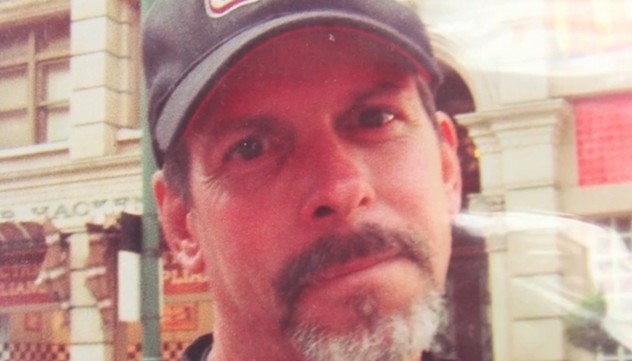 One of the strangest recent tales of amnesia is the story of Michael Boatwright. On February 28, 2013, the 61-year-old was found unconscious in a Motel 6 in Palm Springs, California. When he awoke in an emergency room, the American—who had a driver’s license in his own name—spoke only Swedish and claimed his name was Johan Ek. Not only had he forgotten his native language, but he no longer recognized his own face. Boatwright’s sister later emerged, claiming her brother was a “wanderer” and saying that she hadn’t seen him in a decade. Other than his memory loss, Boatwright is in good health.

Diagnosed with “transitive global amnesia,” doctors believe that Boatwright suffered some kind of psychological trauma. Others believe he might be faking in an attempt to escape some element of his past—however, this seems unlikely, as the case has only put him under intense public scrutiny. The true story of Michael Boatwright may never be uncovered. 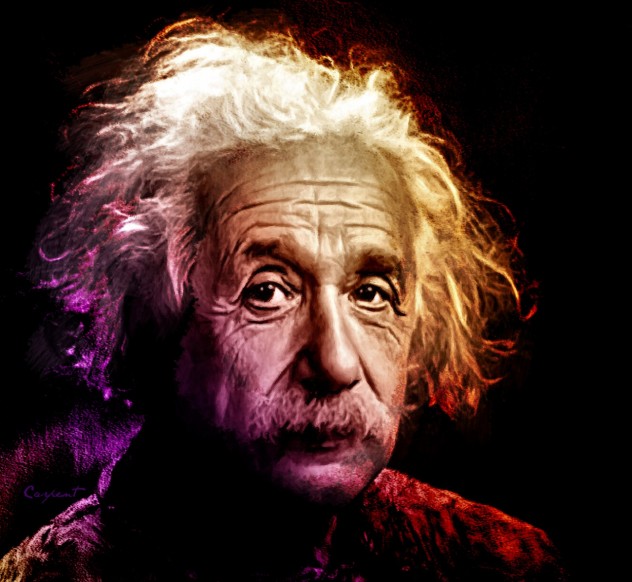 Men have been known to impart their greatest wisdom when teetering on the precipice of death. For example, Humphrey Bogart advised “I should have never switched from Scotch to martinis,” which is good advice no matter how you shake it.

Physicist Albert Einstein hardly requires an introduction: Besides his contributions to science, he was well known for his witticisms. These remarks touched on an array of topics from politics, to war, to religion, to the intangible glory of the human spirit. In his 76th year, the venerable professor suffered internal bleeding from an abdominal aneurysm. He was remanded to the Princeton Hospital, where he refused surgery, having recognized that his time was up. He died the following morning, but not before uttering a few final words, which were overheard by an attending nurse. Unfortunately, these words were spoken in Einstein’s native German, a language with which the nurse was unfamiliar. They have been lost forever. 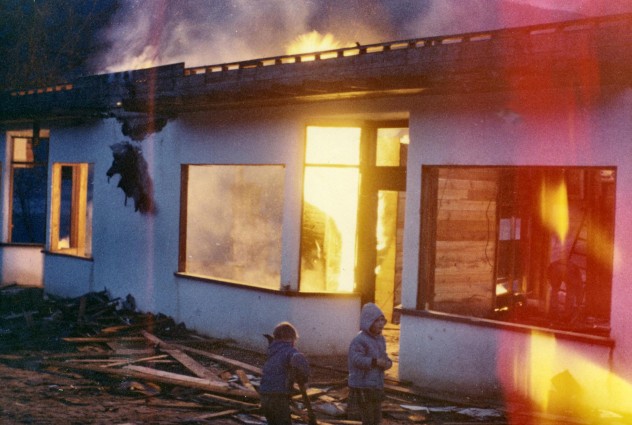 Late on December 6, 1991, Austin, Texas’s “I Can’t Believe It’s Yogurt!” shop was found engulfed in flames. Firefighters found four teenage girls inside, each bound with their own clothes and shot in the head. Though there were many suspects, the most likely was notorious serial killer Kenneth Allen McDuff. McDuff had actually been convicted of murder in 1968 and served time on death row, but was released in 1989 because of overcrowding in Texas prisons. Another suspect, Maurice Pearce, was shot to death in a traffic stop after stabbing a patrolman. Two others confessed to the killings, but were released when semen from an unknown man was found on one of the victims. What went on inside that restaurant may never truly be known.

Today, the yogurt shop is a nail salon, with a nearby plaque that honors the victims. 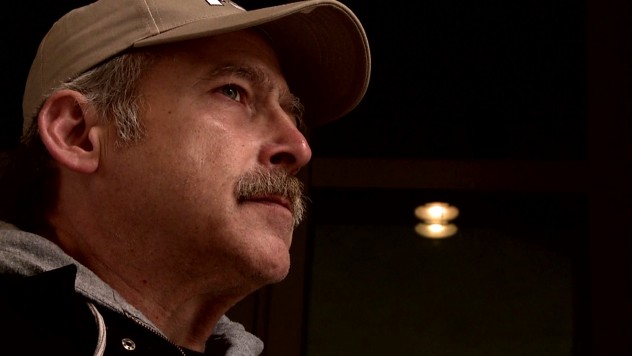 Another amnesiac, Benjaman Kyle’s case is even more bizarre than Boatwright’s. In the early morning hours of August 31, 2004, a middle-aged man was found unconscious, lying beside some dumpsters at a Georgia Burger King. The man was presumed homeless and showed signs of blunt force trauma to his skull. Like Boatwright, he did not recognize his own face. Unlike Boatwright, he had no identification on him or even the slightest inkling as to who he was.

Initially dubbed “BK” for “Burger King,” he has since chosen the name Benjaman Kyle. Believed to be in his mid-sixties, Kyle is a bald Caucasian man, granted the dubious honor of being the only American citizen listed as missing even though he lives in the public eye. He has been diagnosed with dissociative amnesia, which, nearly 10 years later, seems like it may be permanent. In a world where no communication appears secure, Kyle remains a phantom. His fingerprints have been run through every available database, including those controlled by the FBI, US military, and government. DNA tests seem to provide no clues other than to indicate Scottish ancestry. He has appeared in innumerable newspaper articles and interviews on both television and radio, including a high-profile appearance on Dr. Phil in 2008.

Today, Benjaman Kyle washes dishes for a living, and no one is any closer to determining who he really is.

On February 10, 1990, two men staged a vicious execution in a bowling alley in Las Cruces, New Mexico. They shot seven people, killed four, and vanished without a trace. Employees of the bowling alley (two of whom had brought their children) had gathered to open up that Saturday morning when two men burst into the alley intent on robbery. The seven were herded into the bowling alley’s office and shot at close range. The gunmen stole some $4,000 to $5,000, set fire to the office, and left. One of the victims, 12-year-old Melissia Repass, managed to call the police for help even though she had been shot five times. The dead included 26-year-old Steve Teran, the bowling alley mechanic, his two-year-old daughter Valerie, Melissia’s 12-year-old friend Amy Houser, and six-year-old Paula Hoguin.

The killers were described as Hispanic men, one around 30, and another around 45 or 50. They were never caught. Whether the killings were motivated by revenge or were merely an attempt to eliminate witnesses of the robbery remains unknown. A civil suit was brought against the bowling alley’s owner by the mother of Amy Houser, but jurors eventually found he was not liable. A documentary, called A Nightmare in Las Cruces, was released in 2010.

On August 25, 1973, while attending a South Australian National Football League, 11-year-old Joanne Ratcliffe took four-year-old Kirste Gordon to visit the bathroom. 20 minutes later, they still hadn’t returned. Ratcliffe’s grandmother went to the stadium office to ask them to make an announcement, but they waited until the game was over before they did. Several eyewitnesses later claimed that they saw a man carrying Kirste, with Joanne following, seeming to grab at the man. They assumed the man was the children’s father. Neither girl was ever seen again.

It is believed that the girls were taken by Arthur Stanley Brown, who was also tied to other murders and disappearances of children—including the famous Beaumont case, when three siblings, aged 10, seven, and four, vanished from Glenelg Beach near Adelaide, Australia in 1966. Brown was arrested in 1998 after a cousin of his wife (whom he’d molested) called in to report him for pedophilia. He was tried for the murder of two sisters, seven-year-old Judith and five-year-old Susan, who were killed in 1970. His initial trial resulted in a hung jury, and by the time a retrial was considered, Alzheimer’s disease had rendered him unfit. He died in a nursing home in 2002, aged 90, carrying the secret grief of untold children with him to the grave.

The “Mystery Flavor” of Dum Dum Pops is constantly changing, and you are likely to never get one that tastes exactly the same as the last. So what’s the secret?

Though the company’s official website plays coy with the idea, solving this enigma isn’t nearly as difficult as isolating KFC’s signature 11 herbs and spices or Dr Pepper’s 23 flavors. The mystery pops are merely the result of one batch of flavor finishing up and the next batch starting. Instead of taking the time to clean the equipment, the company lets the two batches combine—thus the perpetual difference in taste. 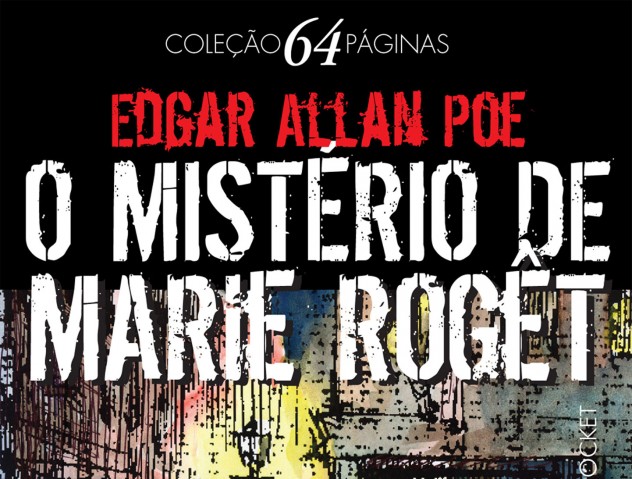 The Mystery of Marie Rogêt is a short story written by Edgar Allan Poe, featuring his master detective C. Auguste Dupin, and one of his few that is based on a true story: the death of Mary Rogers. Rogers worked in a tobacco shop in New York City and was known for her many male admirers. Mary vanished on July 25, 1841 after telling her fiancé that she was going to visit with her family. On July 28, her corpse was found in the Hudson River. According the coroner’s report, she had been choked to death, and a bruise in the shape of a man’s thumb was found on her neck.

The death of the pretty young woman, dubbed the “Beautiful Cigar Girl” by the press, made headlines. But over 170 years later, how she came to meet her fate remains a mystery. Theories suggested that she was the victim of a botched abortion, but the prevailing opinion was that she was an innocent bystander in a bout of gang violence.

Spoiler alert: As in real life, The Mystery of Marie Rogêt ends with Dupin failing to uncover the murderer. 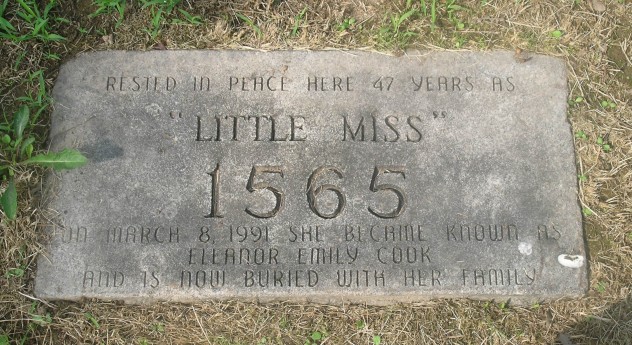 The tragic Harford circus fire has made an appearance on Listverse before: On July 6, 1944, a performance of the Ringling Brothers and Barnum & Bailey Circus was interrupted by a blaze that killed over 160 people. Easily the most tragic death was that of “Little Miss 1565,” a blonde girl of only a few years whose identity remains unknown. Police investigated for decades, and the child’s picture was printed in newspapers across the country, but she remained unidentified. “1565” was merely the number provided to her corpse in the city’s morgue.

Over the years, several have claimed that her name may have been Eleanor Emily Cook. Eleanor Cook was killed at the scene, but her body was never identified. She was likely one of the two children burnt beyond recognition in the fire. Although Eleanor’s mother vehemently denied that the mystery child was her daughter, the body was eventually exhumed and buried next to Edward Cook (Eleanor’s brother, who was also killed in the blaze). It is likely Little Miss 1565’s true identity will never be known. 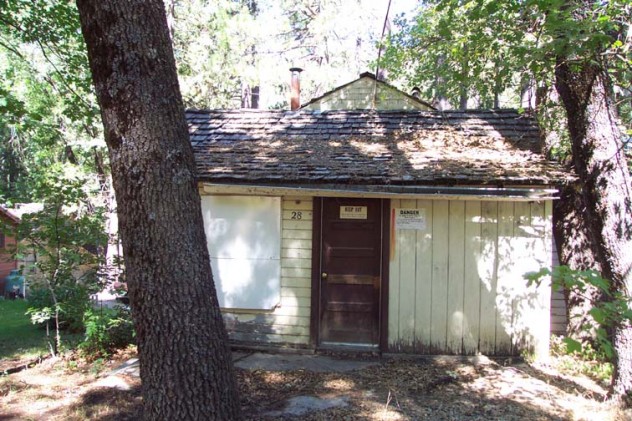 The horrifying Keddie murders bring to mind hockey-masked, machete-wielding maniacs roaming the forest. On April 11, 1981, while vacationing in a resort town near the Sierra Nevada Mountains, Glenna Sharp, two of her children, and a family friend met a grisly end in their cabin. On the morning of April 12, Sharp’s 14-year-old daughter, who had been staying in another cabin with friends, returned to find her mother, her brother John, and their teenage friend Dana, dead. Her sister Tina, age 13, was missing. The interior of Cabin 28 had been destroyed: Blood was splattered over every surface, the furniture was smashed, and the walls had been gouged with blades. The bodies were bound with tape and horribly mutilated. Three younger children who had been staying in the cabin were found unharmed. They claimed that two assailants had tortured the family with kitchen knives and a claw hammer over a period of 10 hours, taking Tina with them when they left.

Though there was another cabin just five meters (15 ft) away, and though the primeval carnage must surely have been noisy, neighbors claimed they never heard a thing. A massive investigation was launched with FBI involvement, but no leads or suspects have ever panned out. In 1984, the skull of Tina Sharp was found in another camp some 80 kilometers (50 mi) away. In the years since, there was talk that Cabin 28 was haunted. The resort fell into disrepair and was frequented by squatters and vandals. People claim to have seen figures lurking behind the windows and hearing unearthly moans in the murder cabin. The owner razed the building in 2004.