In pop culture, ninjas tend to be portrayed as sword-wielding, shuriken-throwing, black-clad warriors. In actuality, ninjas favored knives over swords as they were easier to conceal. They did throw shurikens, but the stars were used as a distraction more often than they were used as weapons. And despite popular belief, ninjas wore dark blue—not black. Of course, the gap between the historical accuracy of ninjas and their modern portrayal can all be written off as artistic license. However, even on the rare occasions when they are accurately portrayed, there are a number of ninja tools and weapons that never seem to get airtime. 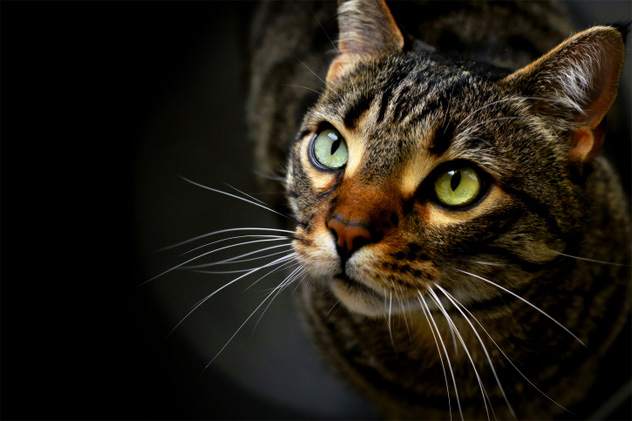 Just like modern special forces and intelligences agents, timing was very important to ninjas. Although they didn’t have the stopwatches that we have today, they had something just as good—and definitely more creative.

Ninja’s were trained in nekome-jutsu, which was the ability to tell time just by looking at a cat’s eye very closely. Cats have very sensitive eyes, and their pupils adjust to the changing light throughout the day. In early morning, a cat’s pupils are round and fully open to allow in as much light as possible. Between around 8:00 AM and noon, their pupils become more oval-shaped to block out the excess light as the Sun rises higher. A cat’s pupils are narrowest at noon when the Sun is at its peak. With this knowledge, ninjas were able to accurately guess to within the hour what time it was. Whether they carried the cats around on their wrists, however, remains a mystery. 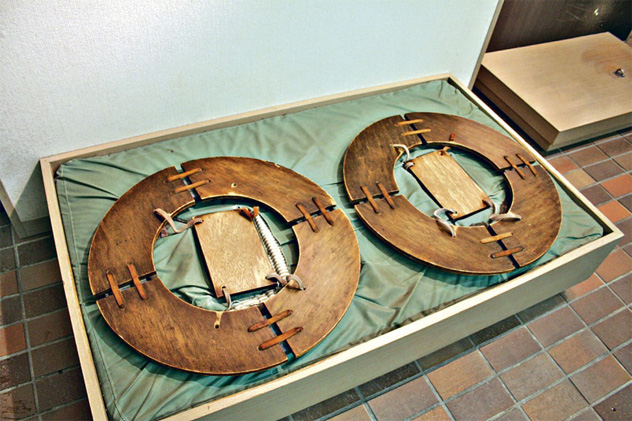 In the old days, whether in Asia or Europe, the best way to protect a fortress was a moat. Since most of a ninja’s targets tended to be upper class, this was an obstacle they faced regularly. Most movies handle this by showing the silent warriors leaping across the moat in a single flip or running across the water. In reality, ninjas used a tool called a mizu-gumo, which translates to “water spider.”

The device was made of four curved planks of either wood or inflatable animal hide that were strung together with a fifth plank in the middle. To this day, historians are not completely sure how mizu-gumo were used. The obvious guess is that the fifth plank was worn on the foot and, with another one on the other foot, allowed the ninja to walk on water. Unfortunately, as Biblical as that sounds, such methods have been disproved. Another theory is that it was used as a raft, which is more plausible. Most likely, the mizu-gumo was used more for wading through swampy marshes than to stay afloat on top of the water. 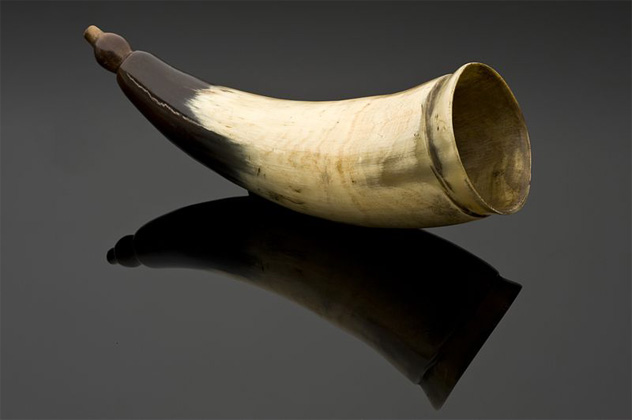 As spies, it was vital that ninjas had good hearing. Sometimes they were just hired to learn information. Other times, they listened to the guards making their rounds to learn their schedules. Bottom line: Eavesdropping was a large part of the ninja job description. To aid in that endeavor, ninjas used a listening tool called a saoto hikigane.

It’s been nicknamed the “ear trumpet” because that’s exactly what it looks like. Saoto hikigane were cone-shaped and were made of metal or sometimes wood. The size of the tool varied, with some being more concealable than others. The ninja would place the wide end to a wall so that the sound coming through was magnified and funneled into his or her ear. It worked the same way cupping our hand to our ear or placing a cup to a wall does. 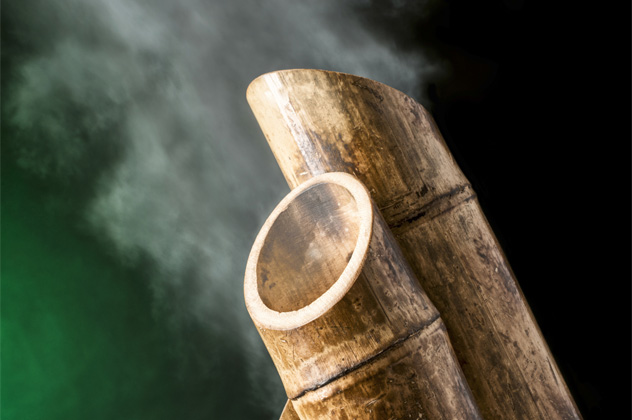 Ninjas were expert fighters, but even they couldn’t fight chilly temperatures without a little help. Ninjas often used body warmers named donohi to survive long stakeouts in cold weather. The body warmers were commonly made of bamboo, iron, or copper. They contained flammable materials such as gunpowder, alcohol, and cloth. A fire-starting tool called a tsuketake was usually attached to the donohi to set the fuel ablaze. Once lit, the fuel could burn for hours, even days.

Since so much of a ninja’s job involved using their hands, the last thing they wanted was for their fingers to go numb from the cold or for them to get frostbitten. Donohi were very useful in protecting them from such dangers. Also, as a fast and portable source of fire, it could be used for anything from setting an enemy’s home on fire to cooking food. It was a cigarette lighter: ninja style. 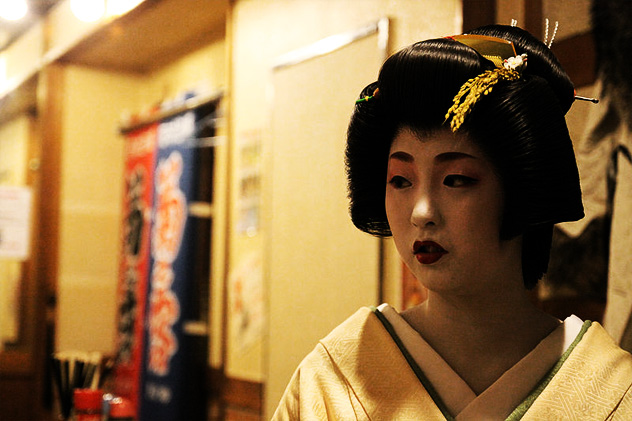 It is well documented that ninjas could turn just about anything into a weapon. Of course, having something long and sharp hidden in their hair didn’t hurt, either. Enter the kanzashi. In feudal Japan, women often wore long, ornamental hairpins called kanzashi. The pins were not dangerous in and of themselves, but in the hands of a ninja, they could be used to attack vital points and nerve clusters. They could also be sharpened and used as knife-like weapons, either for defense or for an attack. Dipped in poison, the hairpins became an assassination tool.

Kanzashi were ideal weapons for kunoichi (female ninjas), who favored small weapons that could be concealed in plain sight. Due to the popularity of the hairpins among women, kunoichi could carry them without anyone giving them a second look. This is proof that even a ninja’s fashion accessories are dangerous. 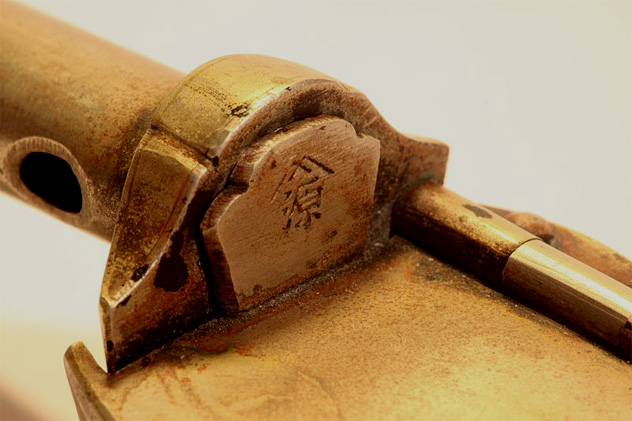 It’s said that the pen is mightier than the sword. Usually, that isn’t meant to be taken literally—but in the hands of a ninja, a pen could be outright fatal. Ninjas tried not to go anywhere without a yatate. This was a small cylinder that was sometimes made from bamboo, although they were usually made out of metal. At one end was a small container to hold ink, while the rest of the cylinder was hollow to hold a small calligraphy brush.

Its use as a weapon aside, it is important to again remember that ninjas were spies. Yatate were vital to their ability to write down their observations of their targets and record information as they gathered it. In an attack, however, ninjas were able to conceal spikes, needles, and even poison in the yatate instead of a writing brush. Like the kanzashi, no one had reason to be suspicious of pencil cases that most people carried anyway. 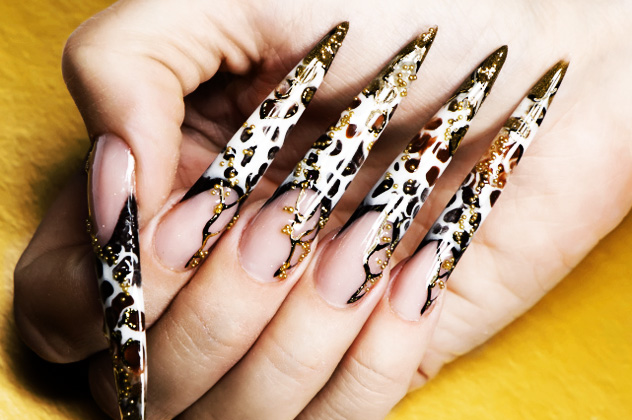 Ninjas were tough as nails, so it comes as no surprise that even their fingernails would be weaponized. Metal fingernails called neko-te were a favorite among female ninjas. The nails were attached to the fingers in numerous ways. Sometimes, they were molded in a way similar to a thimble. Other times, they were attached by a band around the fingertips like a ring. The nails themselves were usually made of iron, but in a pinch ninjas would use thin pieces of bamboo. Even old hairpins and jewelry could be fashioned into razor-sharp nails.

The weapon’s name was inspired by the claw-like appearance of a cap being worn on each finger. “Neko” means “cat” in Japanese, and “te” translates to “hand.” It is important to note that this weapon was used exclusively by female ninjas. Kunoichi training stressed the use of lightweight and easily concealable weapons. 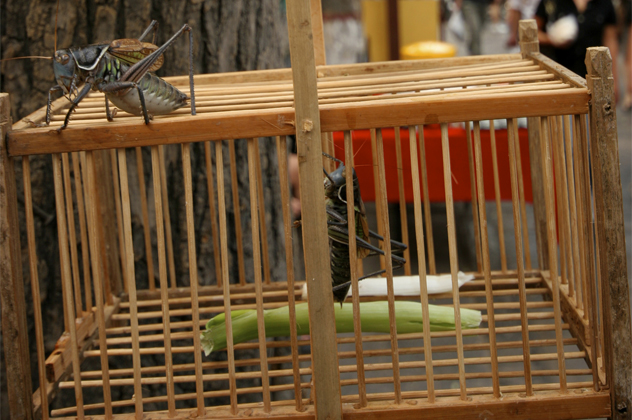 Ninjas were masters of stealth and were trained to be able to approach enemies silently. However, there were times when a completely silent approach was impossible even for ninjas. Walking silently through a forest of dead leaves or crunchy snow was no easy feat. Even just stepping on a twig could reveal one’s position and ruin an entire mission. For such occasions, ninjas often carried a small box or jar of crickets. The chirping of the insects disguised any stray sound the ninjas made.

Ninjas had a special mixture of chemicals to make sure the crickets chirped when they needed them to. It also made sure they didn’t chirp when the ninja needed silence. Given how common the sound of crickets chirping is, enemies had no reason for suspicion. As a matter of fact, the opposite was usually the case—insects and birds often stop chirping when a human or other predator is near. Even if they moved silently, ninjas carried crickets to keep the silence of nearby animals from announcing their presence. 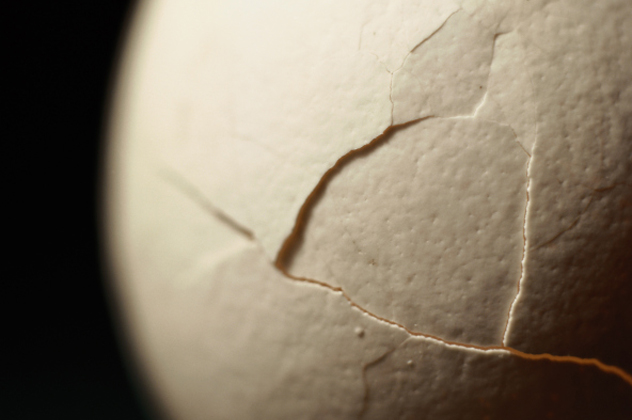 As stealthy as they were, this was not the main reason ninjas were known for invisibility—it was because they used a wide array of blinding powders. Ninja were resourceful, never making anything that they could find ready-made. Therefore, their favorite containers for blinding powders were eggshells. Ninjas would use a needle to poke a hole in an eggshell without breaking it, then drain it contents. Once the eggshell was empty, ninjas would fill it with things such as iron filings, salt, powdered peppers, and so on. Anything that could bring tears to an average person’s eyes was potentially an ingredient. In battle, ninjas would smash the loaded eggs in their opponent’s eyes, blinding them.

The eyes weren’t the ninjas’ only targets—they also made sure to include substances that were sure to irritate the nose and respiratory system. Even if their opponent was only weakened for a moment, it gave the ninja the advantage and more than enough time to either press forward with an even stronger attack or escape easily. 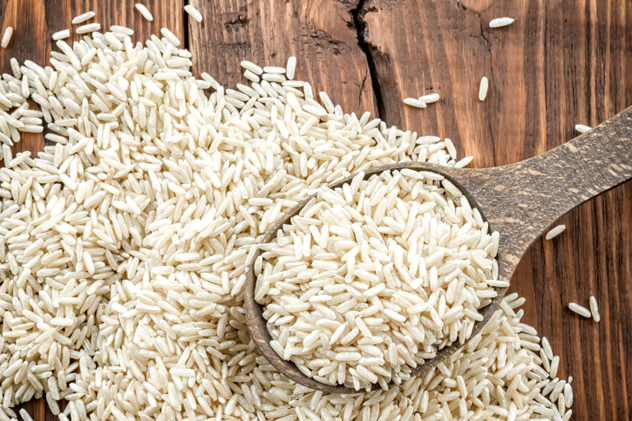 That’s right—rice. Leave it to ninjas to turn dinner into a top-secret tool. As spies and assassins for hire, the most important part of a ninja’s job was secretly passing along information. Their best method for doing this was goshiki-mai, which means five-colored rice. The rice was painted red, blue, yellow, black, or purple and used to send codes. Ninjas would drop the rice by the side of the road or any other inconspicuous place. Their enemies and other regular people wouldn’t notice the rice, but ninjas from the same clan would be on the lookout for such things. Based on the combination of colors they dropped or the number of grains, the ninjas could make over 100 different codes.

Not only was goshiki-mai a genius spy tool, it was safe from birds, too. The paint kept the birds from mistaking the grains from seeds and eating them.

Mr. Louie is a novelist, playwright, short story author, screen writer, and radio drama writer. He is currently in the process of getting his children’s novel Flight of Fancy published. For any question or comments he can be reached at [email protected].